You have permission to edit this article.
Edit
Home
News
Sports
Obituaries
Living
Photo & Video
Opinion
Johnson City Homes for Sale
Classifieds
Send Us Your News
About & Policy
Contact Us
Special Sections
1 of 7 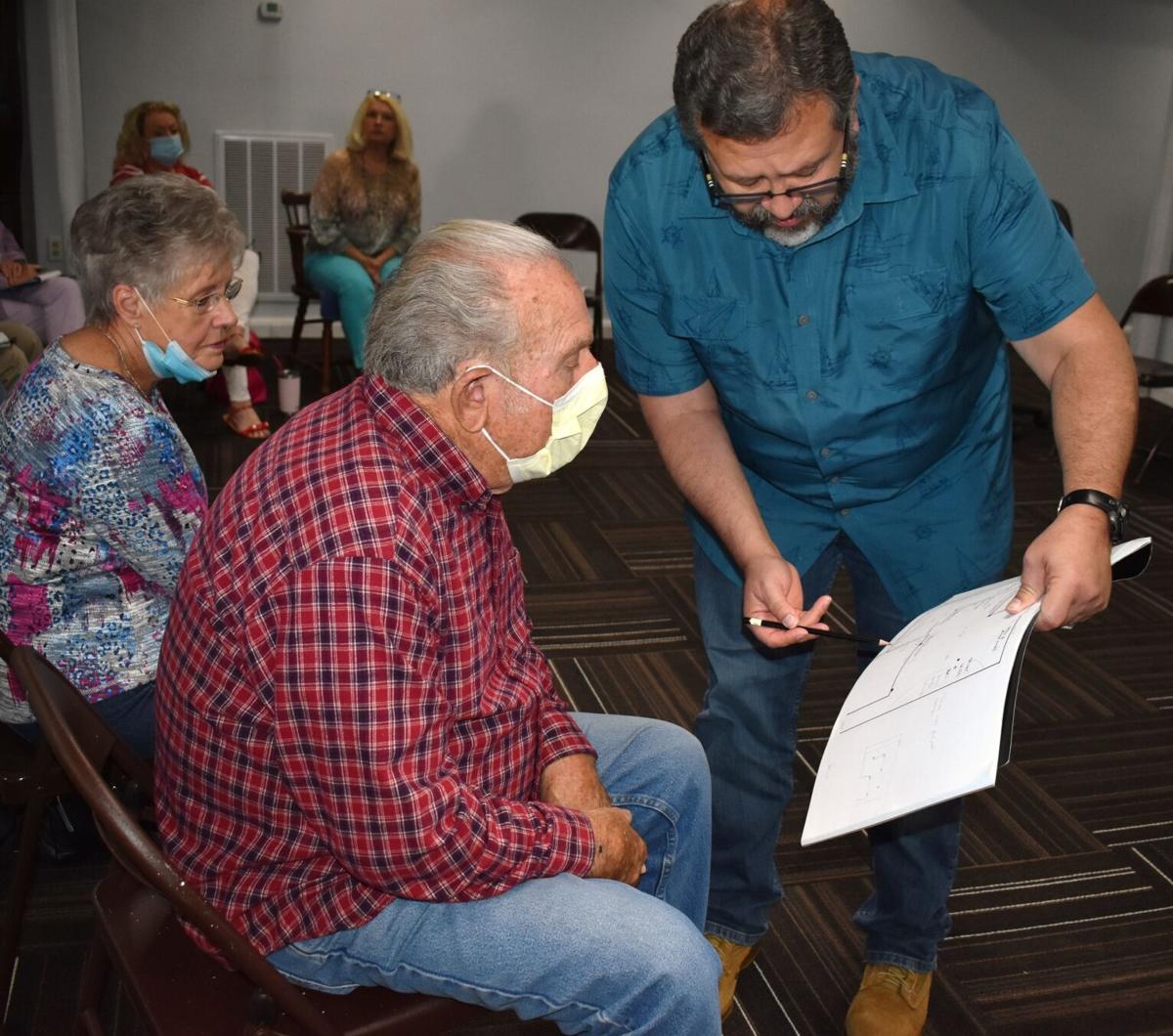 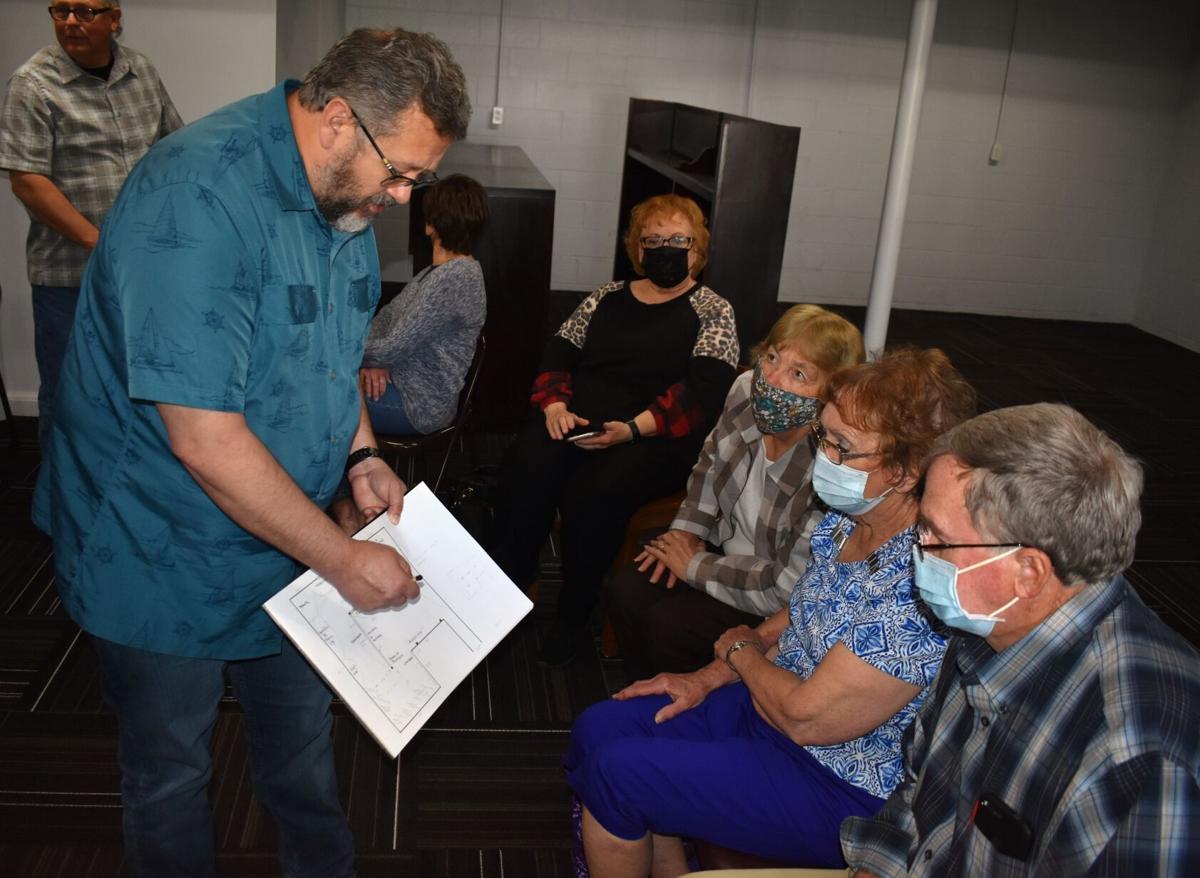 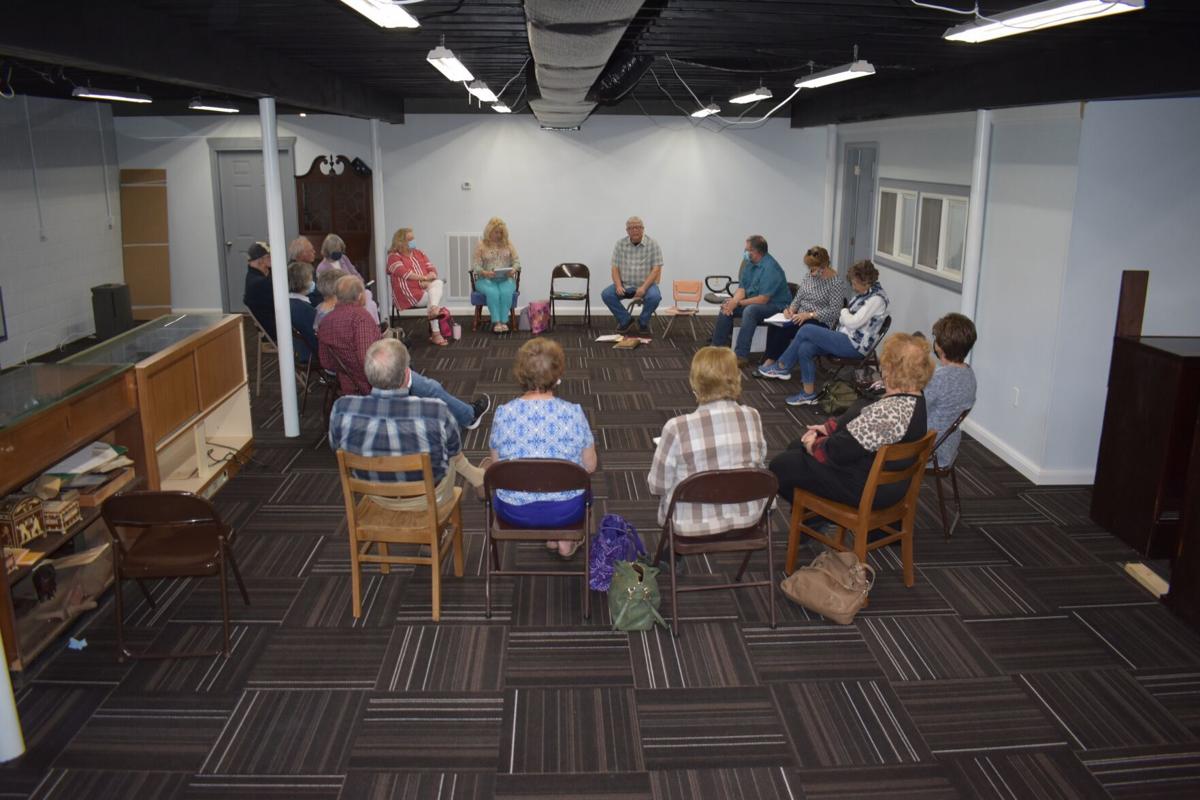 A view of the front half of the Surgoinsville Area Archive and Museum during Monday's board meeting. The interior has been completed and is ready for approval of the floor plan. 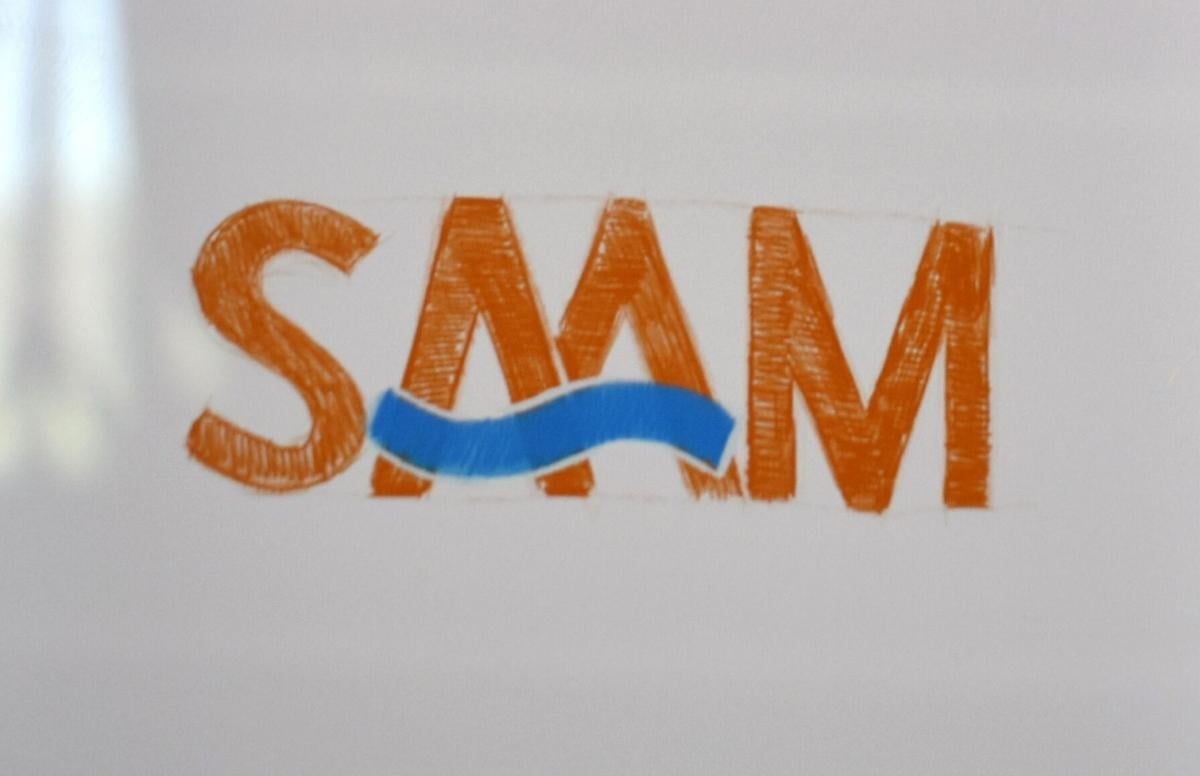 A rough draft of the Surgoinsville museum logo created by Charles Grow, and approved by the museum board Monday. 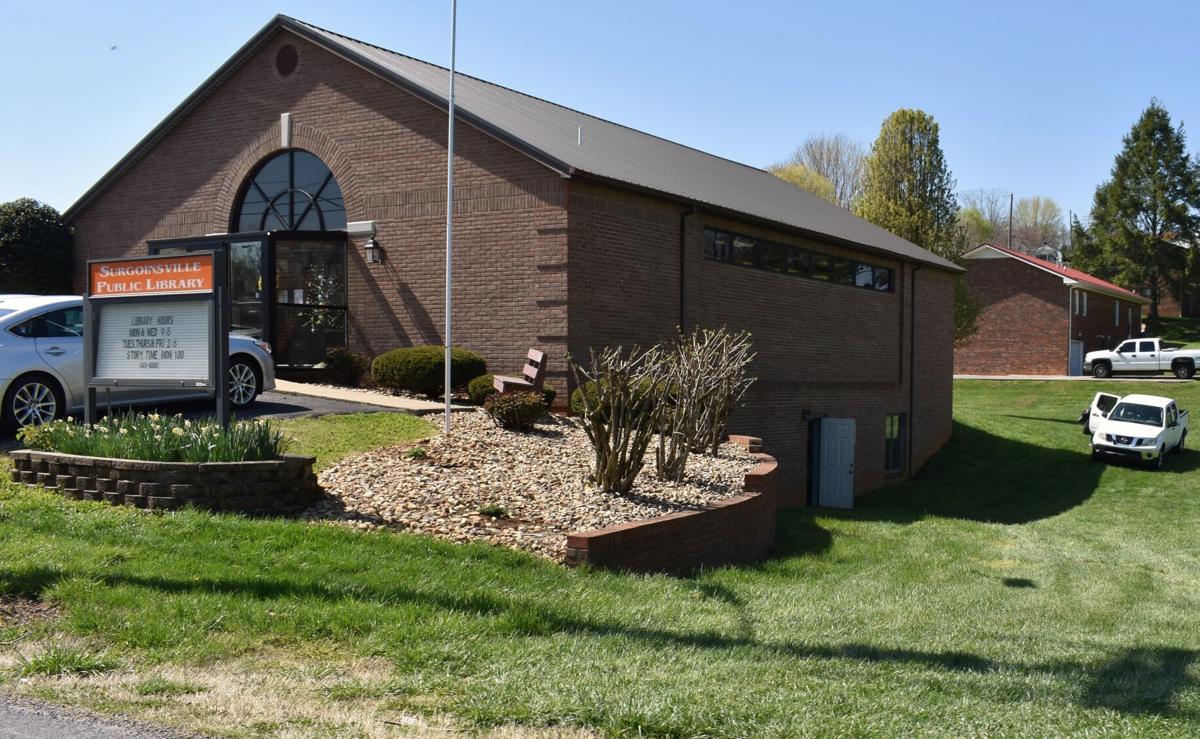 The museum will be located on the basement of the Surgoinsville Public Library. A driveway and parking area will have to be constructed. 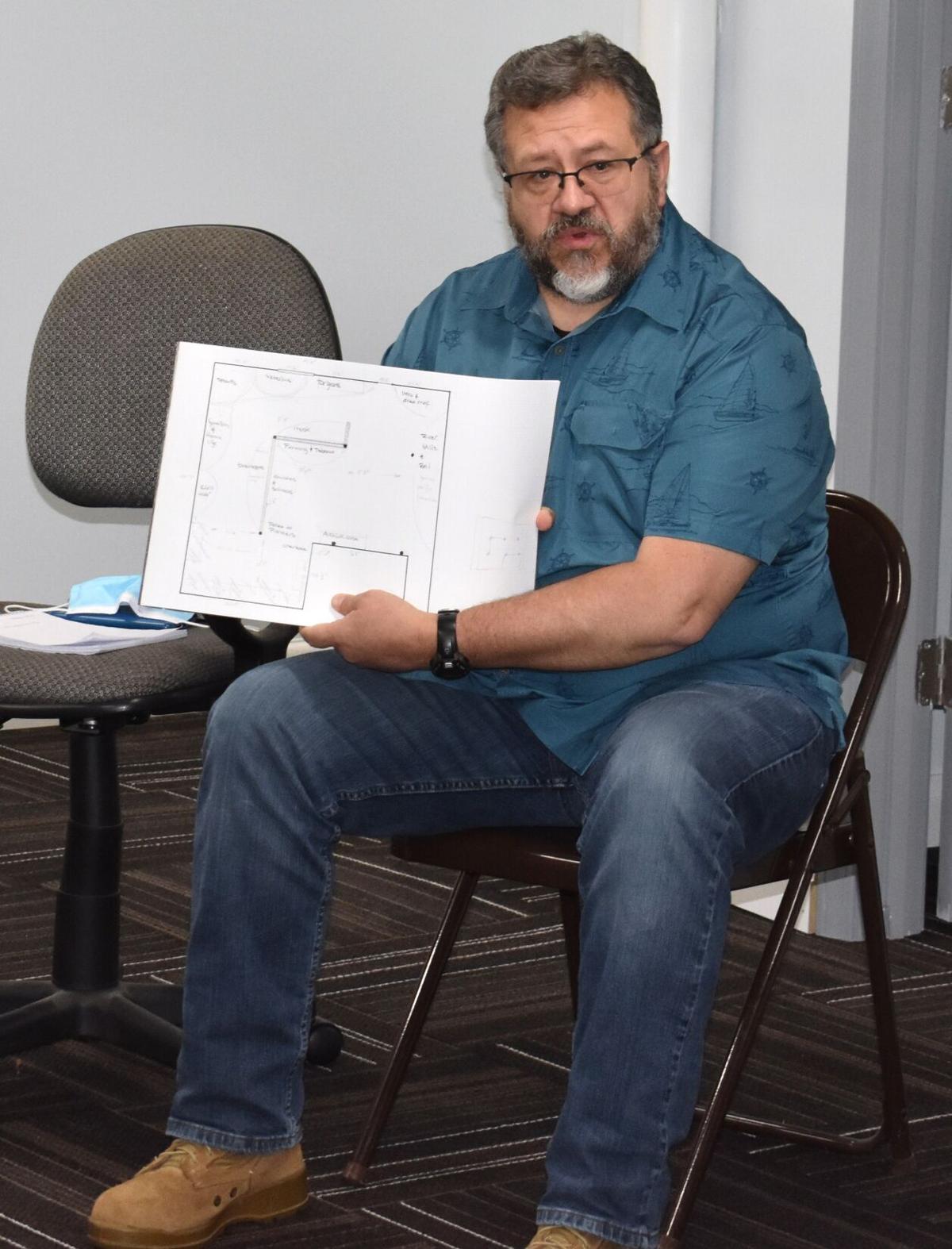 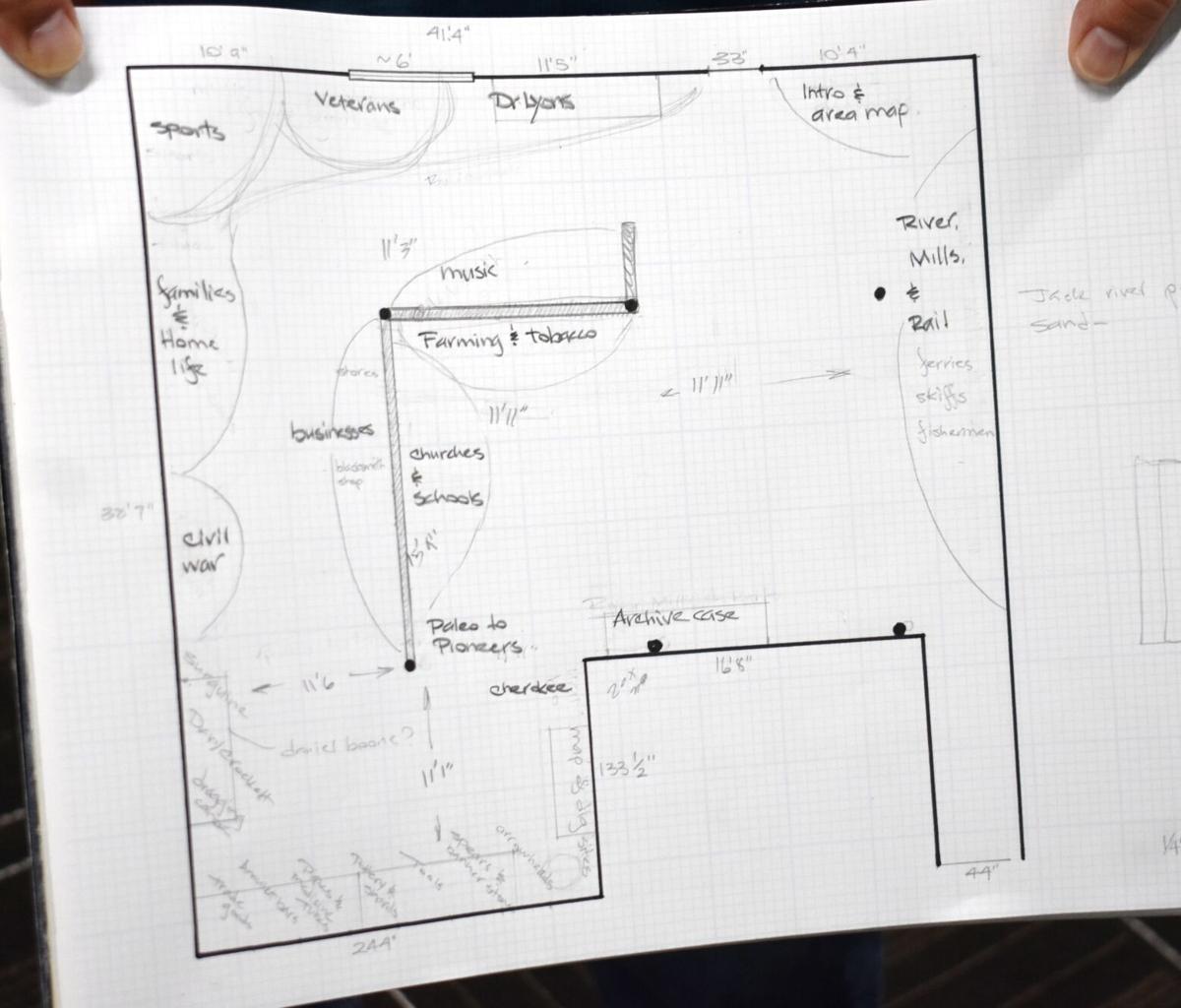 A view of the front half of the Surgoinsville Area Archive and Museum during Monday's board meeting. The interior has been completed and is ready for approval of the floor plan.

A rough draft of the Surgoinsville museum logo created by Charles Grow, and approved by the museum board Monday.

The museum will be located on the basement of the Surgoinsville Public Library. A driveway and parking area will have to be constructed.

SURGOINSVILLE — Founders of the future Surgoinsville Area Archive and Museum got their first look Monday at the proposed floor plan thanks to a former professional curator and Surgoinsville native who has returned home after nearly 40 years.

Charles Grow joined the Marine Corps right out of high school. After retiring from active duty, Grow became curator of the National Museum of the Marine Corps in Triangle, Virginia, a position from which he is now also retired after 18 years.

Grow recently moved back to Surgoinsville, where he was recruited by Surgoinsville Area Archive and Museum board of directors to consult on the design and layout of their proposed museum.

The museum will be located in the basement of the Surgoinsville Public Library and will feature displays and exhibits beginning with the prehistoric history of Surgoinsville, the Native American population, pioneers, river transportation, farming, the railroad, war veterans and local musical heritage.

One of the key displays is expected to be an extensive Native American artifact collection that was discovered and excavated over the course of more than 60 years on the banks of the Holston River in and around Surgoinsville by local resident Ural Ward.

The public area of the future museum has been renovated and is ready to begin creating and installing displays.

Grow drew up a “massing diagram” based on the history of Surgoinsville and the story points that Museum Board members asked to be highlighted. He noted, however, that it’s drawn in pencil, and he brought an eraser. Anything can be changed.

“It’s the beginning of a dialogue,” Grow told the board.

Based on this first draft, as you enter the museum there’s an introduction about Surgoinsville and its surrounding communities. That section at the entrance will answer the question, “Why is Surgoinsville important?”

Following a clockwise tour around the outer wall of the of the museum, the next stop talks about the Holston River, the mills and historic uses of the river from the Native Americans to the Revolutionary War when it was used for transportation. It also features more modern commercial uses of the river locally through the 1960s when it was still used by people who fished for a living.

“In that story, we can discuss ferries, skiffs, fishermen and other things,” Grow told the board.

The next area will be a display in front of the archive office where Grow proposes to locate a display case containing archival documents such as enlistment papers, medal citations, birth certificates or other historical local documents.

Continuing in a clockwise tour around the exterior wall, there is a cove that is about 12 feet by 20 feet where the theme would be Surgoinsville “From Paleo to Pioneers.” Ward’s native American collection would be located there.

Rounding the corner to the next wall station, there would be an exhibit on the Civil War and how it impacted Surgoinsville and Hawkins County, followed by a section on historic local businesses such as the blacksmith shop.

Rounding the final corner and heading back toward the entrance, there would be a section on families and home life and an exhibit on The Great Depression.

“Pick a slice of life, maybe, and talk about family life that way, or how family life has changed over time,” Grow said. “Then in the corner we can talk about sports, and in the portion in front of the window we could talk about veterans.”

Completing the full circle around the outside wall, just before reaching the entrance, there would be a section on Dr. Conner Lyons, who was a much beloved local physician and first mayor.

There is also a new L-shaped wall to be built in the center of the room where there will be a display on farming and tobacco, as well as a display on schools and churches.

Another display along the center wall would be on local musical heritage.

Grow also presented the board with two proposed logos, and the board approved an option that can be seen in the photo gallery section of the online version of this article at www.timesnews.net.

The board agreed to study Grow’s proposed plan and come back at its next meeting on May 3 prepared to discuss revisions or approve the plan.The board also agreed to purchase a sign for the outer entrance, a new security door, and it set its upcoming fundraiser yard sale outside the museum for April 29-30.

Board Chairman Johnny Greer said the goal is to have the museum open in time for the next Riverfront Festival in early September, although he admitted that’s an ambitious goal and they might not make it.