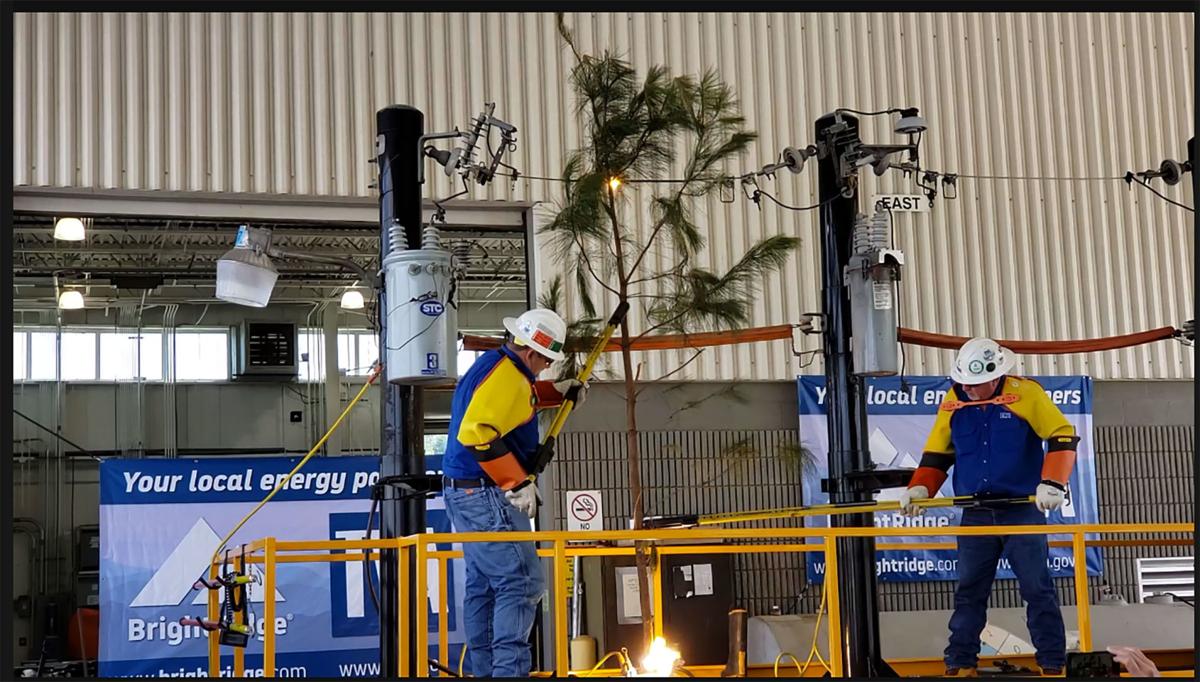 Pike Electric safety coordinators David Staggs, right, and Keith Deason gave a live demonstration on what happens to power lines when a tree comes in contact with it. The demonstration was for first responders who are generally the first to arrive on any type of incident where power lines are down. 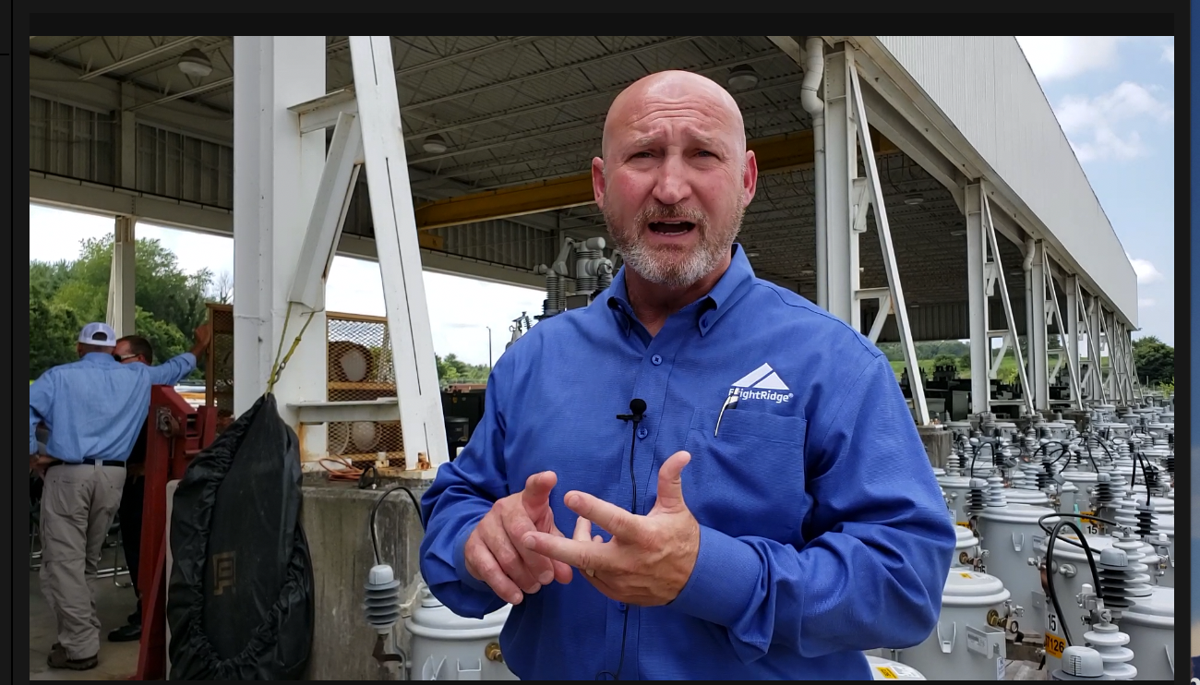 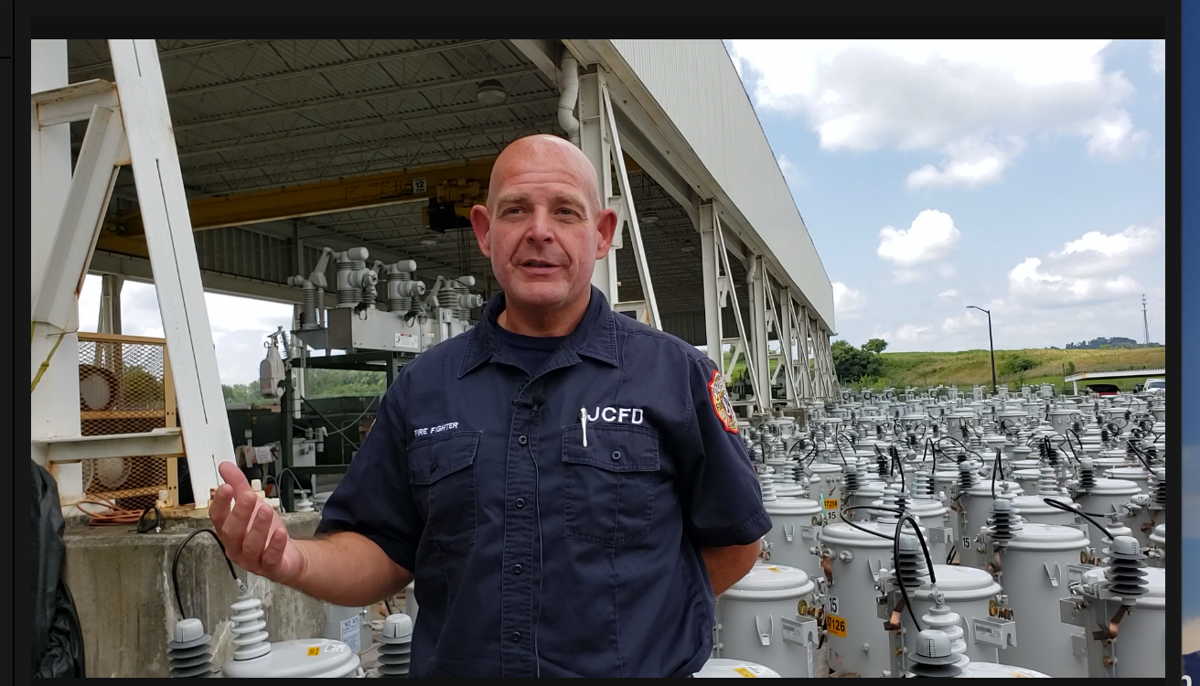 Pike Electric safety coordinators David Staggs, right, and Keith Deason gave a live demonstration on what happens to power lines when a tree comes in contact with it. The demonstration was for first responders who are generally the first to arrive on any type of incident where power lines are down.

First responders from the area had a lesson in high-power electrical lines Wednesday that could end up saving their or someone injured’s lives in anything involving downed or broken power lines.

BrightRidge and Pike Electric provided the training in three sessions, with live demonstrations of different scenarios that cause power outages or downed lines. The most common problem is an animal getting on the transformer and touching components around it, which can cause it to blow, which in turn causes a power outage.

“Squirrel, snake, buzzard, bear .... they climb up the pole and get in a place they shouldn’t be,” Mike Blevins, one of Pike’s safety coordinators, said.

“This is Pike’s live line demo, and we try to bring it in every two or three years to help our first responders understand the dangers of electricity,” as well as educate the public about those dangers, according to Rodney Metcalf, chief operations officer at BrightRidge. “A line laying down on the road does not mean it’s de-energized.”

Metcalf said even if trees or tree branches are touching a power line and not causing an arc, the moisture in the tree can complete the circuit and injure anyone who is touching it.

Safety coordinators from Pike Energy demonstrated several scenarios, including what happens when an animal causes a line breaker to blow, how a tree limb touching a line can cause sparks and catch fire and even what could happen to a person who touches a live wire. Electrical workers also have to inspect their personal protection equipment daily to ensure it’s in good order to prevent an injury or even death.

Blevins said even a small hole in a lineman’s protective glove can cause the worker to get electrocuted. Blevins said if someone is in a car crash and a power line comes down onto the vehicle, the safest thing to do is remain in the car until the power company can be sure the line is dead. The only way to otherwise get out safely is to jump out without touching the car.

Kevin Colbaugh, a Johnson City paramedic firefighter, said when emergency crews respond to a scene involving power lines, they have to first ensure their own safety before attempting to rescue any victims.

“Almost daily we get calls involving electricity,” Colbaugh said. “What we learned today is there’s dangers that exist that we’re unaware of. They gave us important information so we can keep ourselves safe and help keep our citizens safe as well.”