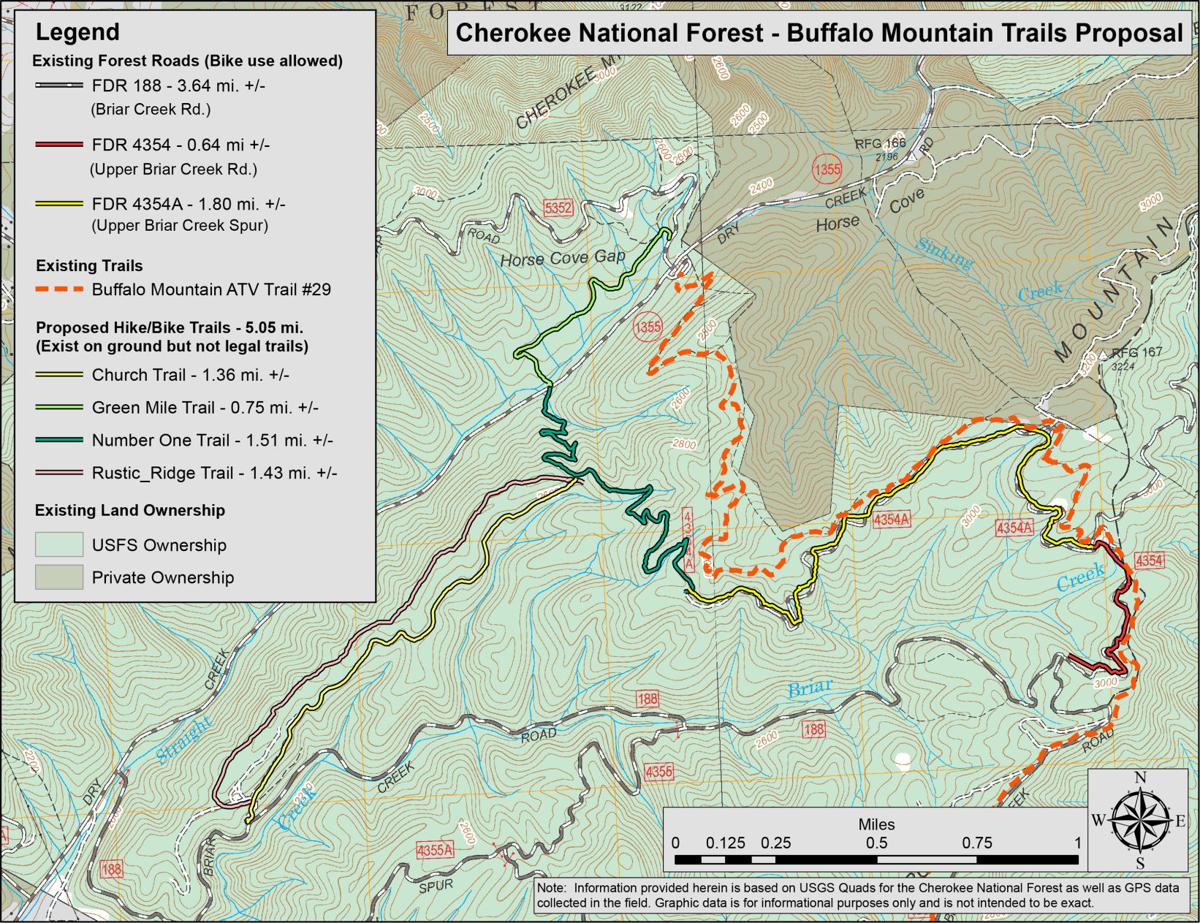 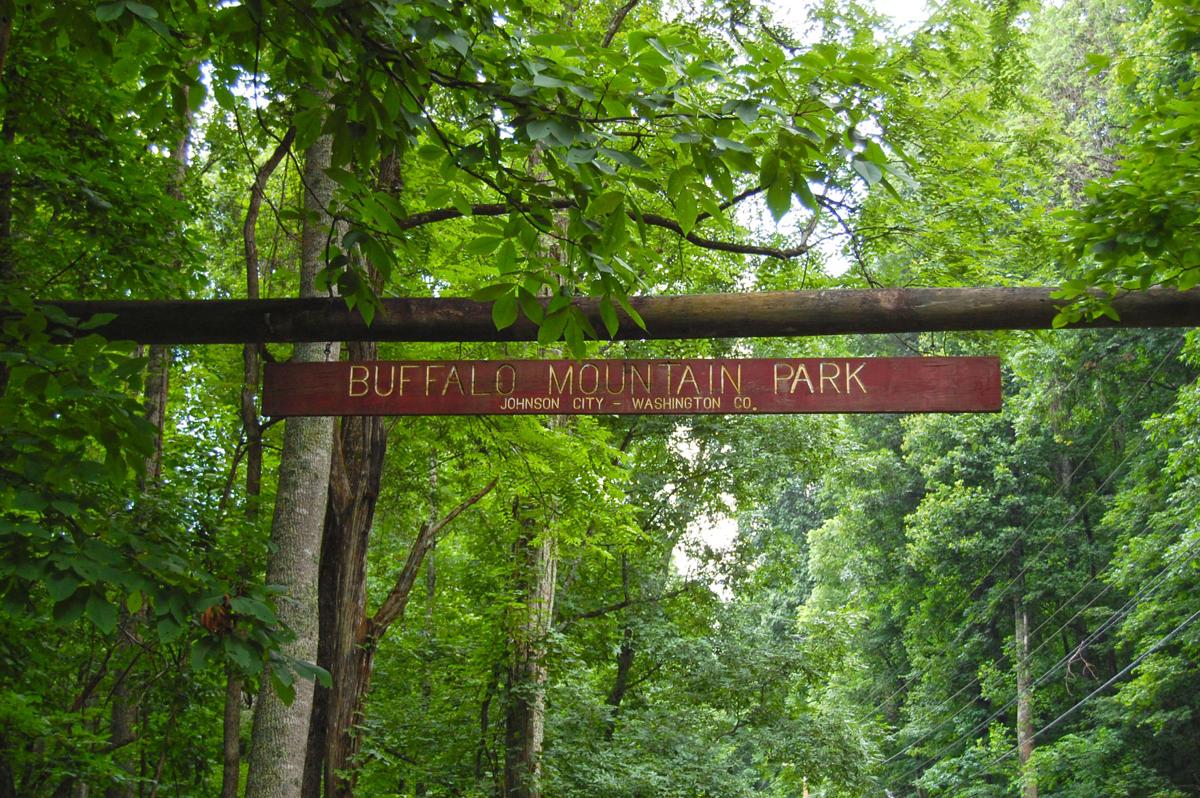 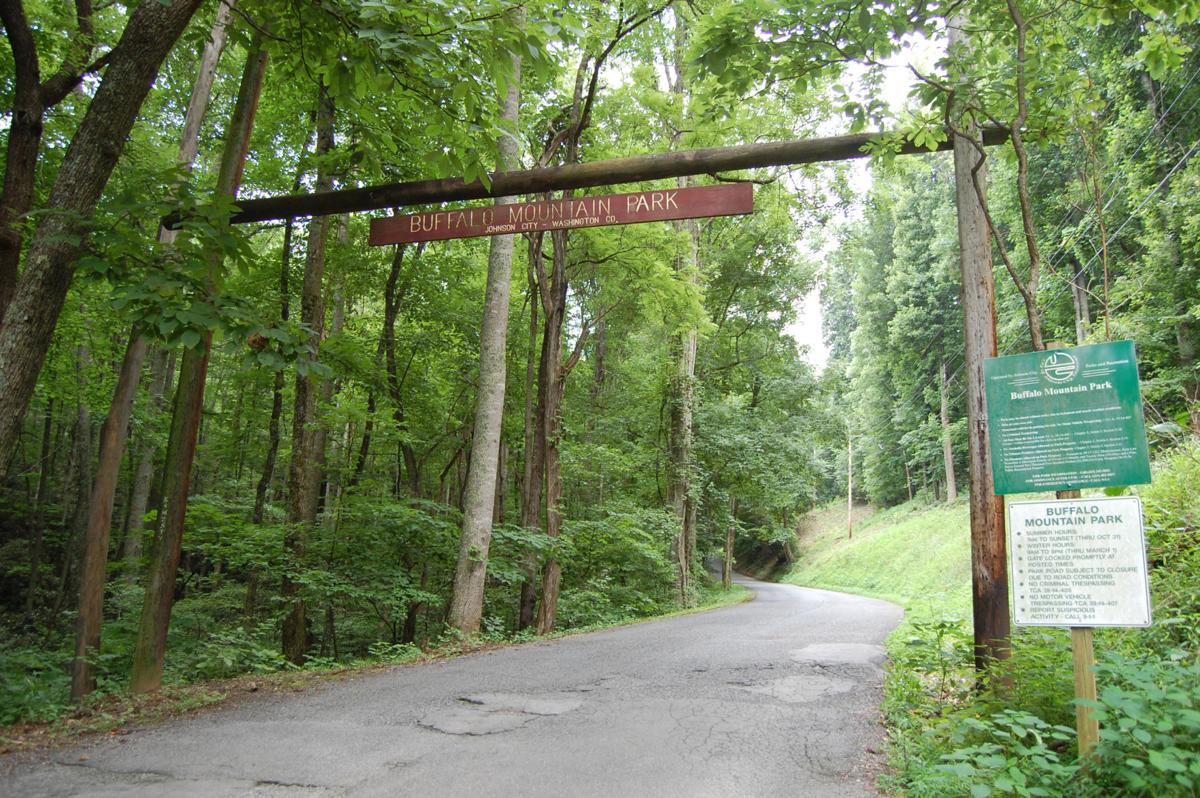 The U.S. Forest Service wants to hear from you on a proposal to establish 5.05 miles of mountain biking and hiking trails just outside Johnson City limits near Dry Creek Road.

The Tri-Cities’ chapter of the Southern Off-Road Bicycle Association first made the recommendation to the U.S. Forest Service.

“The property is uniquely positioned within six miles of downtown Johnson City where mountain biking is exploding in popularity and is fully supported by the city of Johnson City, other surrounding counties and cities, and the Northeast Tennessee Regional Economic Partnership,” SORBA Tri-Cities President Jerry Greer wrote in a letter supporting the project.

“This also gives it exceptional long-term value as these trails will help fulfill the void of close proximity backcountry trails for hiking, trail running, and mountain biking.”

The “Number One Trail” appears to start on Dry Creek Road near Horse Cove Gap and stretches southeast for 1.51 miles, where it would tie into an existing trail, identified by the U.S. Forest Service as FDR 4354A.`

The “Green Mile Trail” would start at the same point as the “Number One Trail” but it would run northeast for three-quarters of a mile. The other two trails, called ”Rustic Ridge” and the “Church Trail,” would start approximately halfway along the Number One Trail and extend southwest for roughly 1.5 miles.

“The Pinnacle Mountain Trail is accessible from Exit 32 off Interstate 26 and is an extremely popular trail for non-motorized users because of its ease of trail access and fire tower destination. With the addition of the 5.05 miles of trail, users of the Pinnacle Mountain Trail could easily extend their backcountry experience to more than 20 miles by utilizing FDR 4354A (Upper Briar Creek Spur), FDR 4354 (Upper Briar Creek Road), and FDR 188 (Briar Creek Road),” he wrote.

The proposed trail system already exists, meaning it would not require any type of new trail construction. The trails were initially created as old skid trails and logging roads.

“Technically, they are not a legal mountain bike trail because they’re not in our forest service system so we don’t have a good way to maintain those trails. Once they get into our system, we could use our appropriated funds to maintain those funds to our Forest Service trail standards,” Unaka District Ranger Leslie Morgan said.

“They’ve been very responsible in helping us maintain mountain bike trails. And I’m sure it would be no different here,” Morgan said. “If it wasn’t for our volunteer groups that we have, our trails would be nonexistent.”

She did clarify that this project is currently just a proposal, and once the public comment period is over, that won’t mean the project will immediately be approved. She said it could take two months or as long as two years.

“After the comment period is over, I will take my interdisciplinary team that’s here on the forest, we’ll sit down and we’ll go over all those comments,” Morgan said. “It’s not a voting process so it doesn’t matter how many ‘yes’ or ‘no(s)’ we get. What we’re looking for is substantive comments to the project. In other words, looking for things we’ve maybe missed or an addition to the project that we could include.”

One example, Morgan said, is the Mountain Trail Riders Association submitted comments recommending the trails also be open to e-bikes and motorcycles.

Public comments regarding the project can be submitted until Aug. 14. Written comments, including attachments, must be mailed or handdelivered to: Leslie Morgan, District Ranger, 4900 Asheville Hwy SR70, Greeneville, TN 37743. Her office is open from 8 a.m. to 4:30 p.m. Monday through Friday. Emails with the subject line “Buffalo Mountain Bike Trails” can be sent to comments-southern-cherokee-nolichucky-unaka@fs.fed.us.