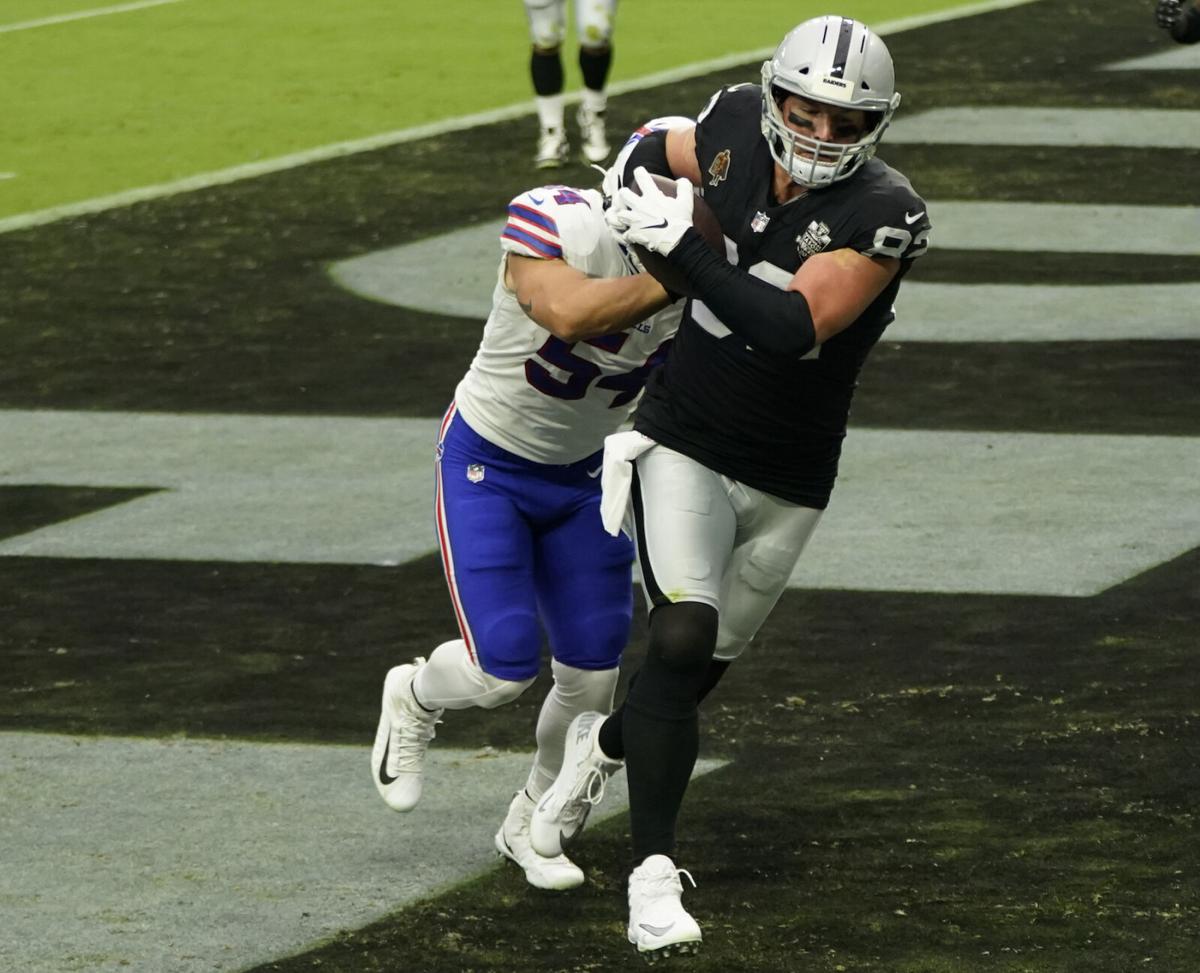 Las Vegas Raiders tight end Jason Witten No. 82 catches a touchdown pass against the Buffalo Bills during the first half of an NFL football game, Sunday, Oct. 4, 2020, in Las Vegas. 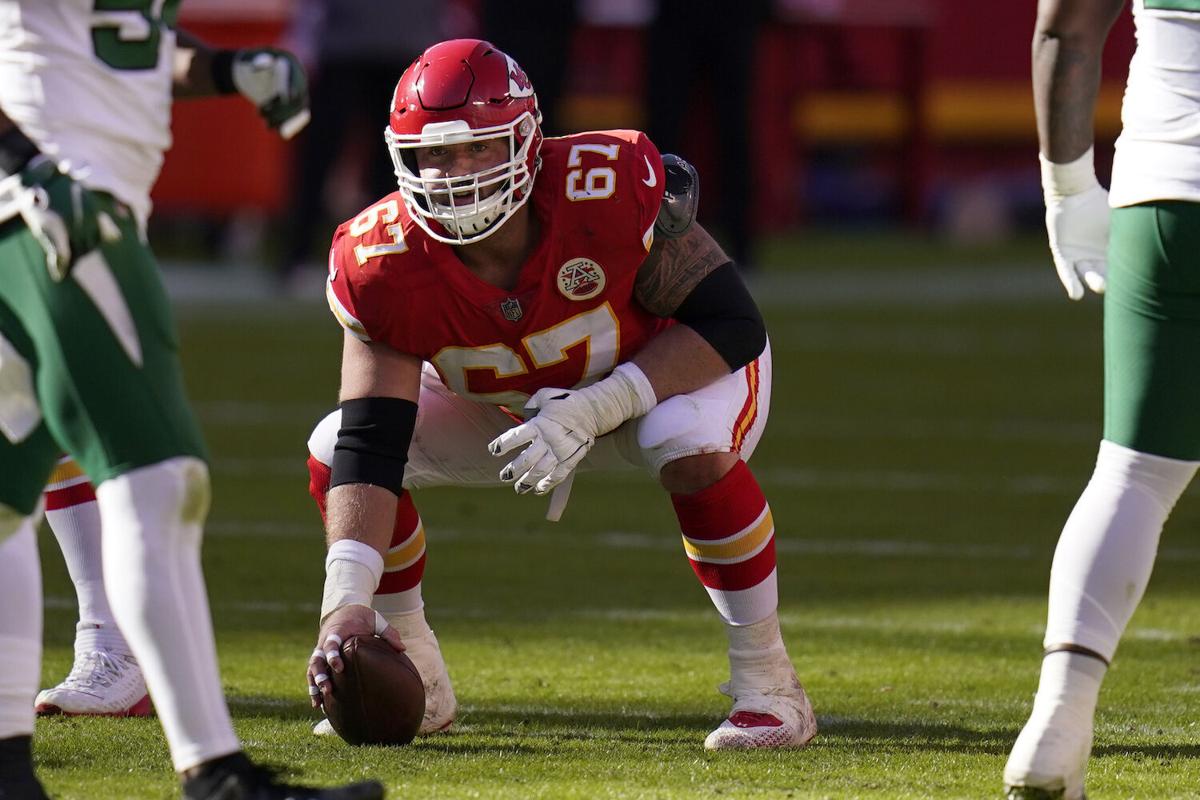 Center Daniel Kilgore, a former Dobyns-Bennett and Appalachian State standout, has started three games this season for the Chiefs. 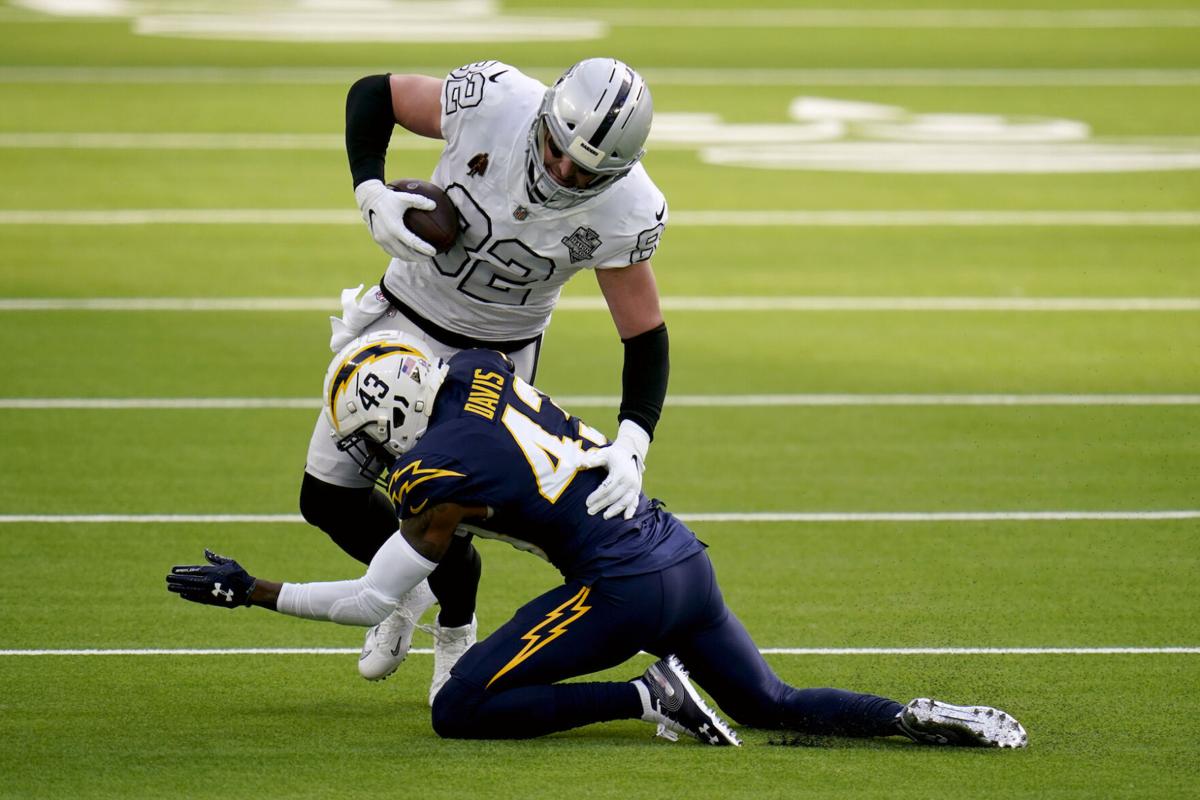 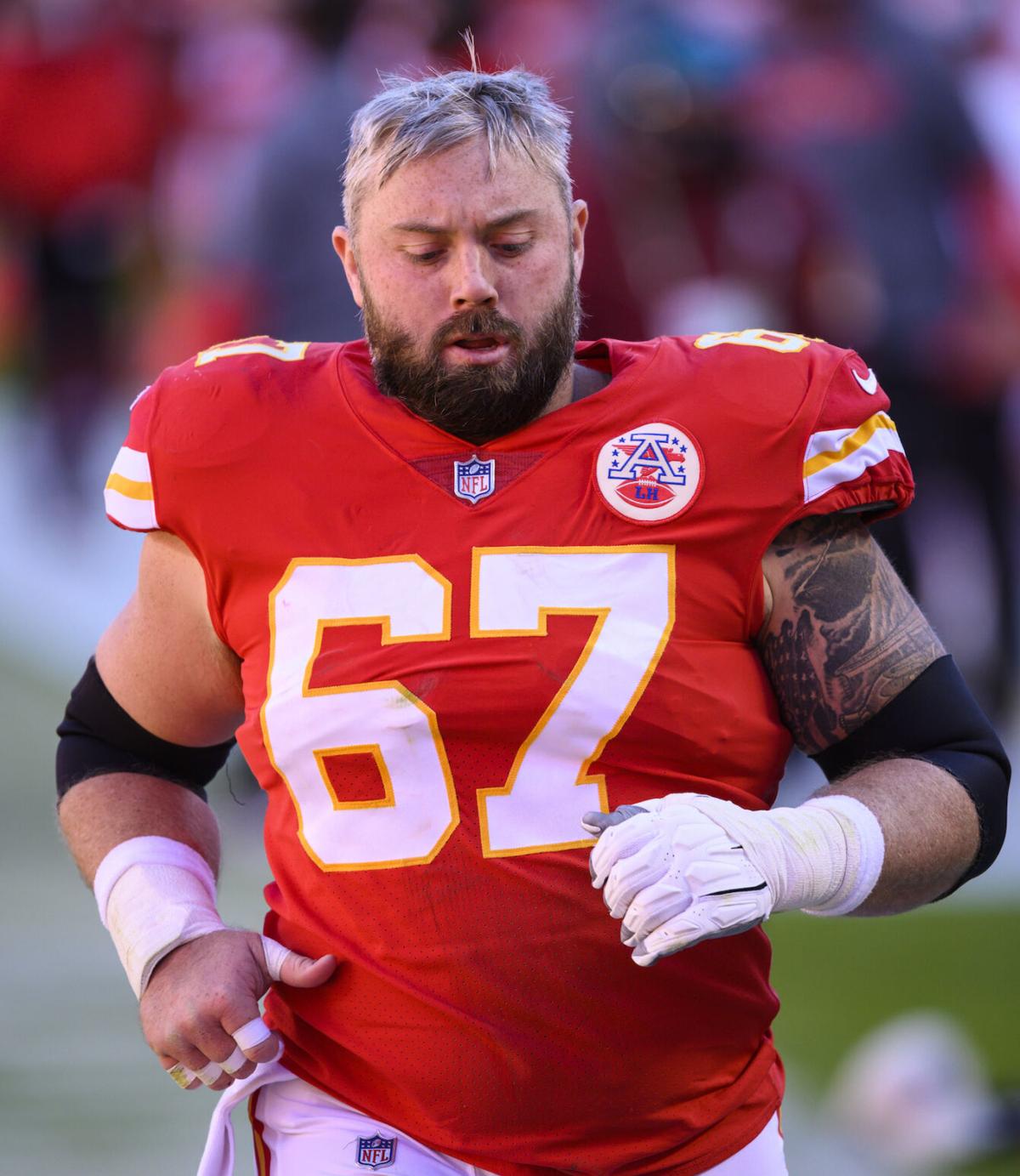 Las Vegas Raiders tight end Jason Witten No. 82 catches a touchdown pass against the Buffalo Bills during the first half of an NFL football game, Sunday, Oct. 4, 2020, in Las Vegas.

Center Daniel Kilgore, a former Dobyns-Bennett and Appalachian State standout, has started three games this season for the Chiefs.

The teams faced off on Oct. 10 with the Raiders handing the Chiefs a 40-32 defeat — the only loss of the season so far for Kansas City.

Witten, a former Elizabethton High School and University of Tennessee star, had two catches in the game at the tight end position. It was the first game of the season in which Kilgore, a former Dobyns-Bennett High School and Appalachian State University lineman, played. He was on the field for four special teams snapped.

Since then, Kilgore has started three of the last four games at center for the Chiefs — including wins over the Bills, Broncos and Jets.

Witten started the first five games of the season for the Raiders, but the veteran’s role has been more to mentor the talented Darren Waller. Witten has been targeted just 10 times this season, but has caught passes in all of those instances.

As for the head-to-head, it will be the seventh time that Witten and Kilgore have been on opposing sidelines during their NFL careers.

The first time was Kilgore’s rookie season with the San Francisco 49ers, his second professional game, and he didn’t get to play a down.

Witten was already a big star at that point and he caught seven passes for 102 yards for the Dallas Cowboys in a 27-24 overtime victory.

The next season, Kilgore played in all 16 games for the 49ers as the team won the NFC Championship and lost 34-31 to the Baltimore Ravens in the Super Bowl.

The Cowboys moved the ball even better, but lost the game as quarterback Tony Romo threw three interceptions. Witten finished with two catches for 14 yards.

Witten’s Cowboys got the upper hand — a 24-17 win over the 49ers — the next time the two met in 2016. Witten proved particularly effective on third down and finished with seven catches for 47 yards.

Kilgore, the starting center, led an offense which went 8-of-14 on third-down conversions and gave up just one sack on quarterback Blaine Gabbert.

The 49ers got off to a horrendous start in 2017 and were 0-7 after losing 40-10 to the Cowboys. They lost their first nine games before getting on a roll and finishing the season 6-10.

Kilgore played a team-best 68 snaps, but Witten starred with a spectacular one-handed touchdown catch. He finished with four catches for 54 yards.

Witten retired as a player to become an analyst for Monday Night Football during the 2018 season. It was a rough year for Kilgore, who was traded to the Miami Dolphins, but played just four games due to injury.

The local players met again in the 2019 season as Witten’s Cowboys won 31-6 over the Dolphins.

Miami struggled on the ground with 72 rushing yards. The Cowboys’ offense flourished, racking up 476 yards and 28 first downs. Witten had three catches for 54 yards, including a 33-yard reception.

Both players have been outstanding professionals. Witten is likely a first-ballot Hall of Fame player. He’s an 11-time Pro Bowl player and ranks fourth in NFL history with 1,225 receptions for 13,033 yards.

His toughness is legendary, evidenced by his record 235 consecutive starts for a tight end. He holds Cowboys franchise records for career receptions, career receiving yards, most games played and consecutive games started.

Kilgore, in his 10th season, has fit in well with the defending Super Bowl champions. In the trenches as a guard and center, he has played 95 games and stared 59 over his career. He has 4,390 career snaps.

Sunday’s game is a huge matchup in the AFC West and both teams are red-hot. The Chiefs come in with a four-game winning streak and the Raiders have won their last three.

For local fans, it has even more intrigue with perhaps the last chance to see these two outstanding professionals go head-to-head.