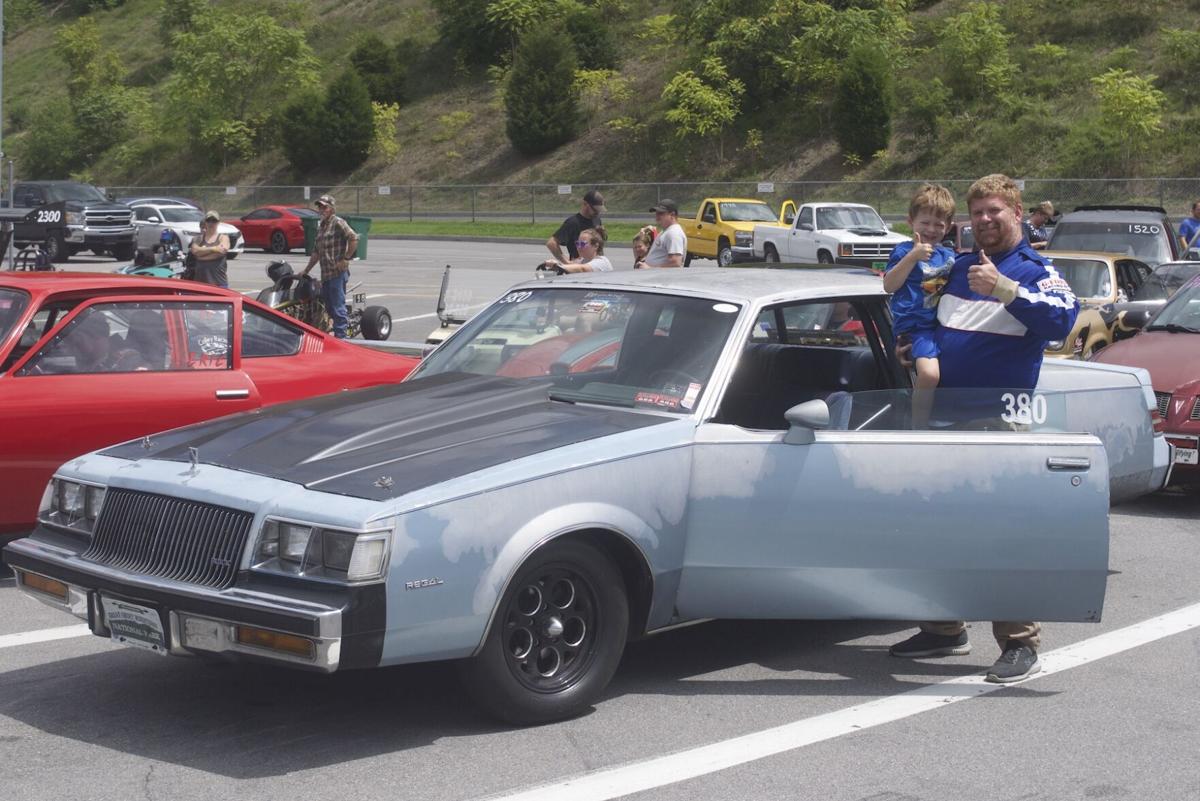 Carl Widner poses with his son Carson in the staging lanes during Sunday’s DER Bracket Series race at Bristol Dragway. 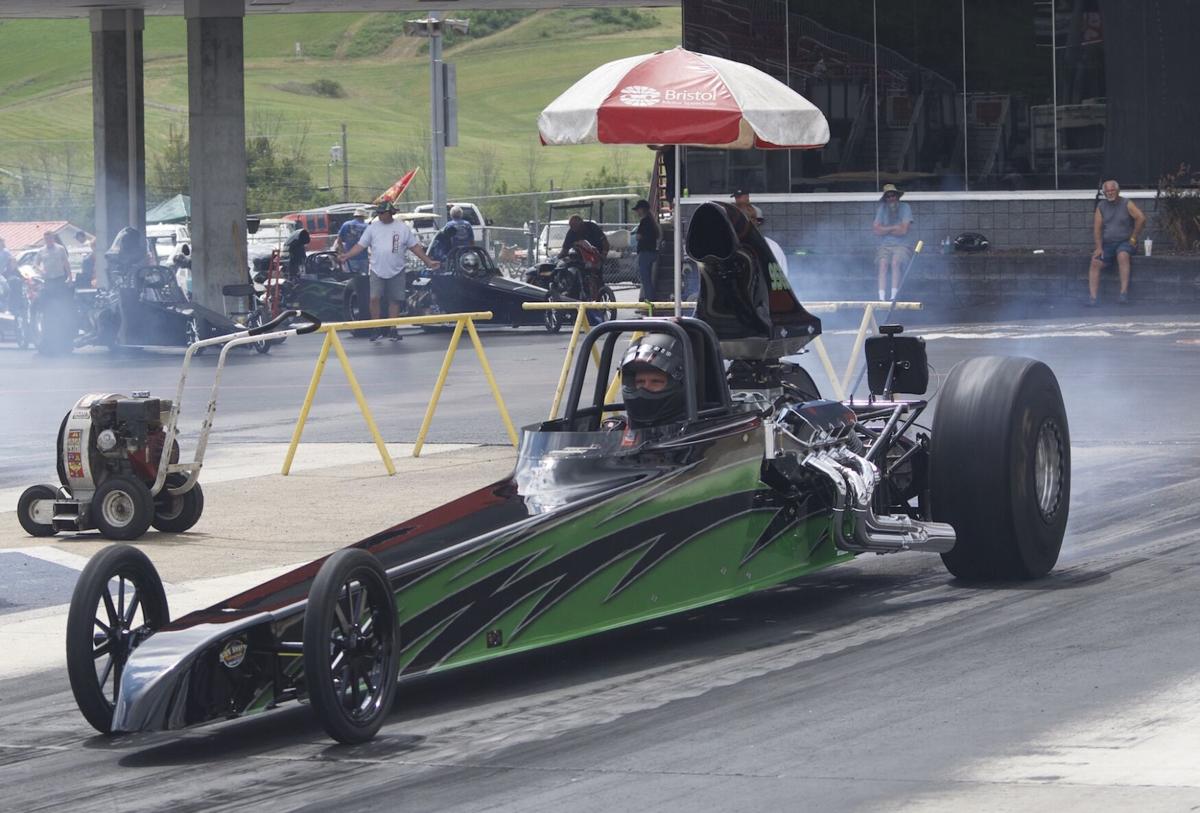 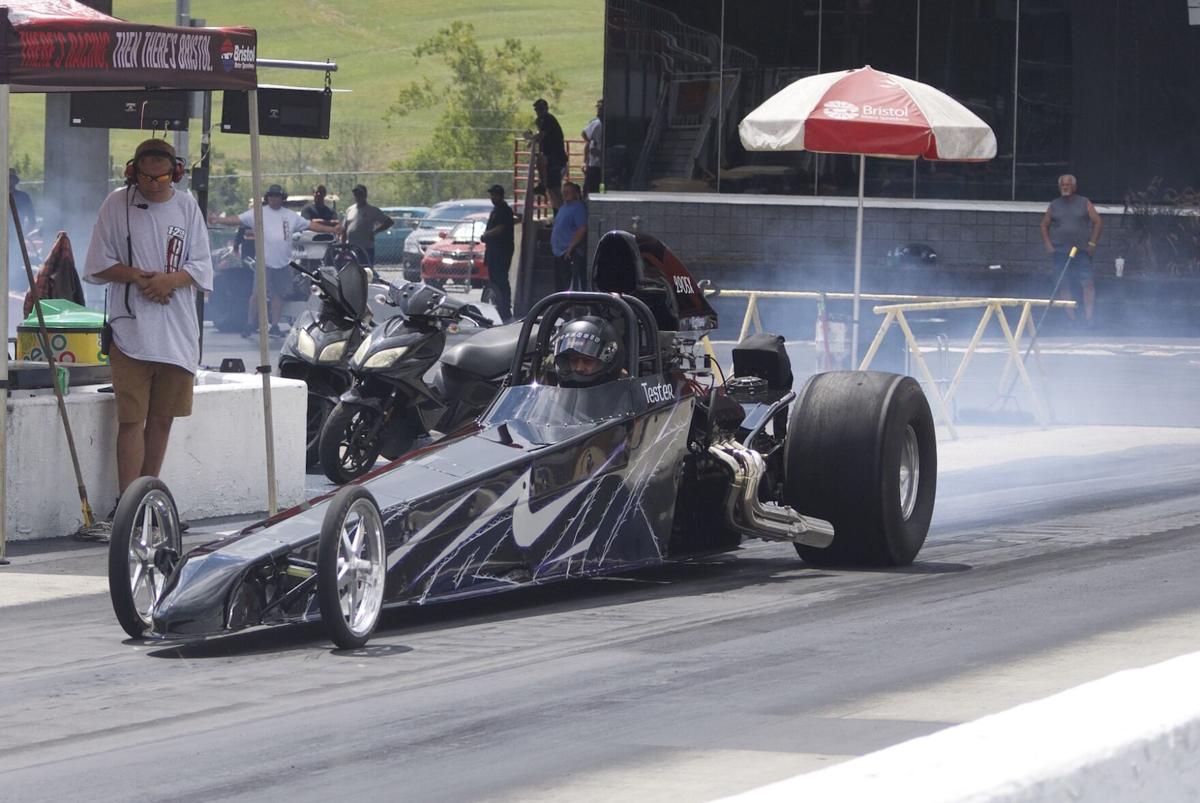 Carl Widner poses with his son Carson in the staging lanes during Sunday’s DER Bracket Series race at Bristol Dragway.

BRISTOL — Carl Widner and Jerry Turner made a run for the record books Sunday at Bristol Dragway.

Widner, an Elizabethton driver, wrapped up his fifth consecutive DER Bracket Series championship in the Sportsman class. Turner, a Bluff City rider, won his seventh overall track title in the Motorcycle class at the season finale.

Kingsport driver Josh Dykes earned the championship in the featured Super Pro class, while other track champions included Brandon Bailey of Abingdon, Virginia, in Pro and CJ Elsea of Bristol in Trophy.

Saturday was a picture-perfect day for racing and Aaron Roberts of Bluff City bested Rick Johnson of Johnson City in the final round of Super Pro. Bailey edged Lucas McKinney of Elizabethton to earn the Pro victory.

Elsea captured the win in Trophy despite Richard Ellison from Elizabethton being a little quicker at the start. Brian Dunnigan from Mooresburg was victorious in Sportsman with Chris Colley from Blountville the runner-up.

Rain washed out the final rounds for Pro and Super Pro on Sunday, but there was still some terrific action, including Cody Spears from Mt. Carmel triggering the win light in Sportsman over Colley.

Mark Crowe from Butler was quicker at the tree to beat CL Laws from Spruce Pine, N.C., in the Trophy final. Russell Justus from Whitesburg downed Elizabethton rider Caleb Johnson in the Motorcycle final.

Rain washed out the action at Kingsport Speedway the last two Friday nights, but racing is scheduled to return Friday night with twin features for the Pure 4 division.

The night of NASCAR Weekly Series action is highlighted by a 60-lap feature for the Late Model Stock division. Other classes include Sportsman, Mod 4 and Pure Street. Grandstands open at 5 p.m. with racing scheduled to start at 8 p.m.

Lonesome Pine Raceway is set to host its first race of the season Saturday after a repaving of the 4/10-mile asphalt track.

Pit gates will open at 10 a.m. with practice scheduled to begin at noon. Grandstands open at 5 p.m. with racing to begin at 7 p.m.

The Coeburn, Va., track has a rich history, dating back to NASCAR Hall of Fame driver Bobby Isaac winning the first major race, the Coalminers 100 for the Grand American Series in 1972. Other big-name drivers in the field that day included Hall of Famers Bobby Allison, Buck Baker and Wendell Scott.

It has also been announced that the track will host the Southeast Super Truck Series on Saturday, Sept. 5.

There is no racing at Volunteer Speedway this weekend.

The next scheduled race at the 4/10-mile Bulls Gap dirt track is $2,000-to-win feature for the American Crate Late Models ($2,000-to-win) on Friday, Sept. 4. There will be heat races, a Quick-6 dash and B-Mains as well support classes.

Newport driver Jimmy Owens won the 28th annual Topless 100 at Batesville (Ark.) Motor Speedway on Saturday night. It was Owens’ third win in the $40,000-to-win Topless Late Model race and came after he won a $4,000-to-win feature on Friday night.

He outdueled veteran Billy Moyer, who had charged from 18th place to inch ahead of Owens on the final lap. Moyer has 17 major wins this season, including 10 on the Lucas Oil Series and five with the World of Outlaws Late Models.

Abingdon rider Zach Osborne sits atop the 450 national standings after winning rounds one and two of the Lucas Oil Pro Motocross Series at Loretta Lynn’s Ranch in Hurricane Mills.

The 2017 AMA 250 national champion scored his first career win on the big bikes at the Loretta course on Aug. 15. Last Saturday racing in muddy conditions, he held off French rider Marvin Musquin to win the second moto and overall race.

It’s quite the recovery for the 30-year-old Osborne, who suffered a fractured back and broken wrist in a February practice crash.

Logan McConnell, another Kingsport rider, won two races including the Pro event. Hans Neel of Piney Flats was the Pro runner-up. Brandon Hughes from Roan Mountain was another two-division winner, while Haley Ball of Kingsport held off Kelly Neel from Piney Flats for the Women’s victory.

The Hot Summer Nights Series is scheduled to return to action Saturday at Pro Sport MX in Wytheville, Virginia.