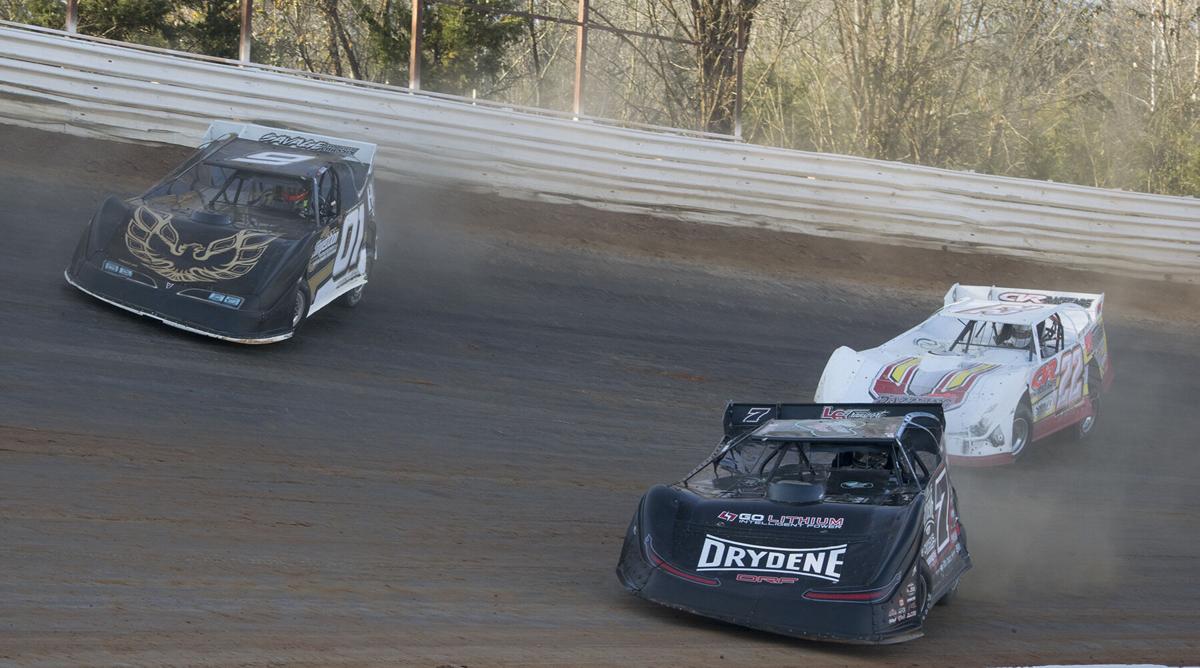 Jason Welshan (01) goes high and Ricky Weiss (7) is on the bottom of the track as they battle for the lead in Saturday’s Crate Late Model feature at Volunteer Speedway. 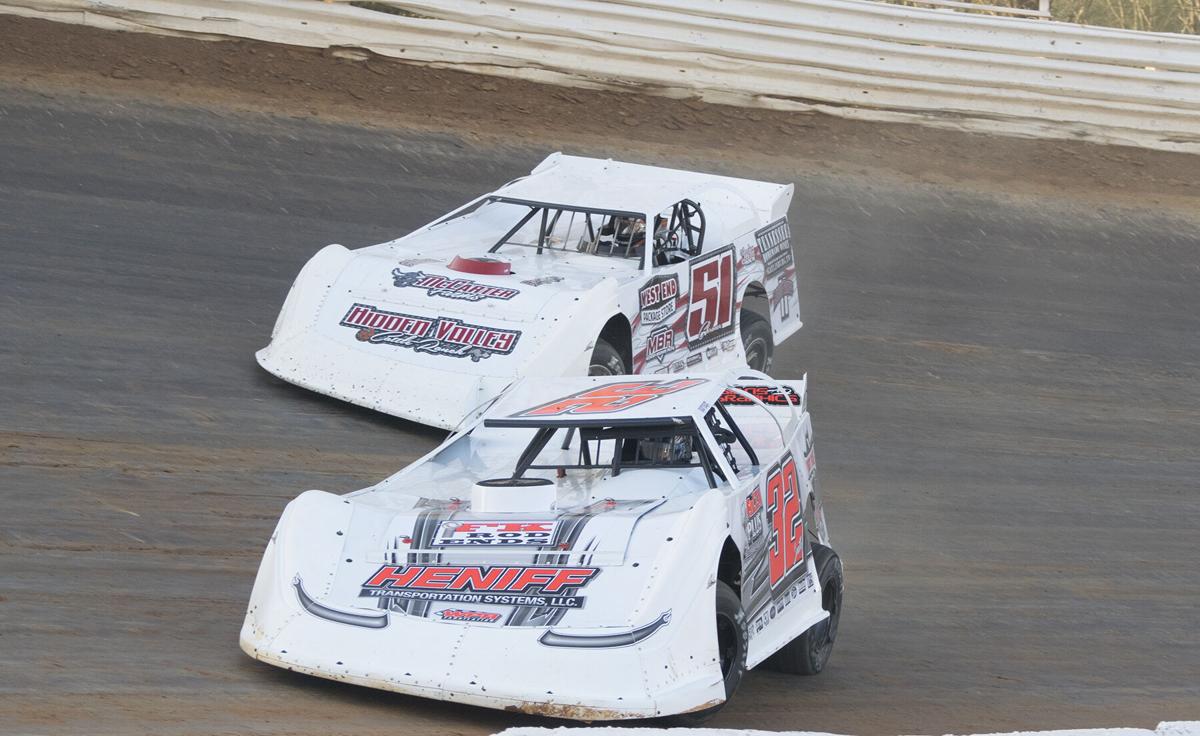 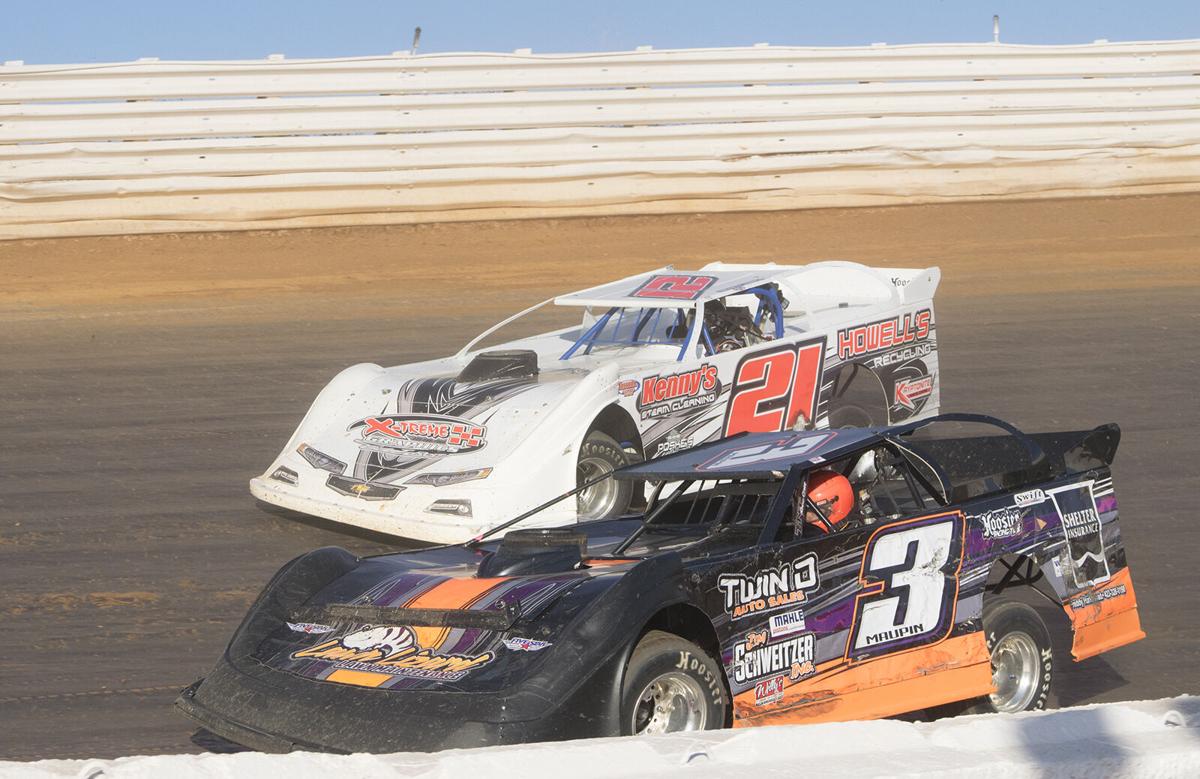 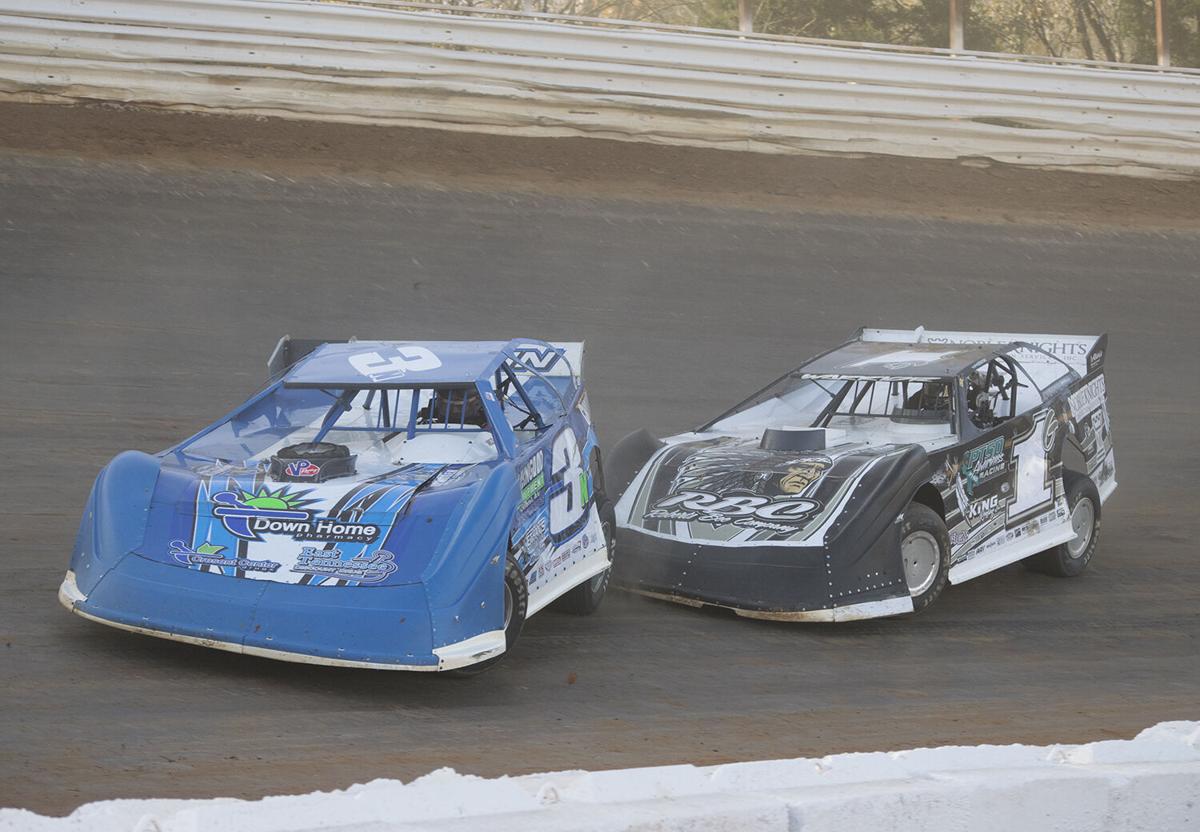 Ryan King (1) gets into the back of Nathan Martin (3) in Saturday's Crate Late Model feature at Volunteer Speedway. 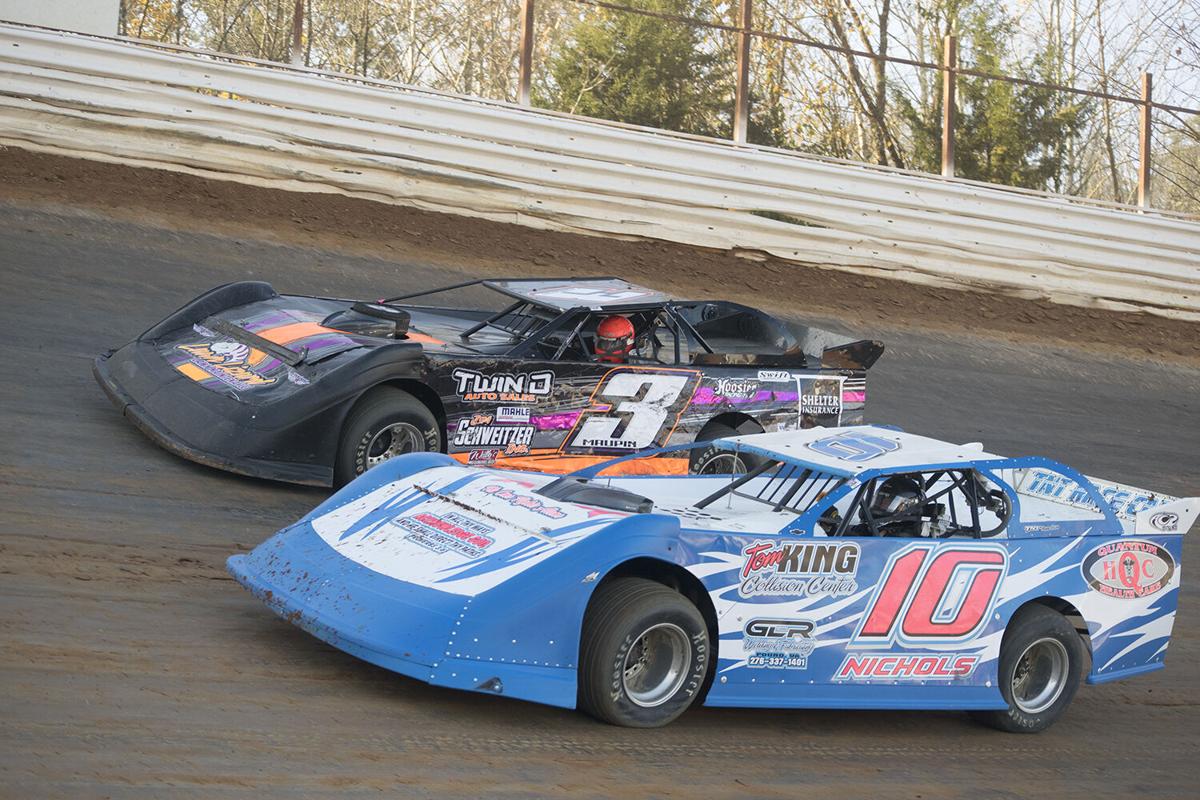 Johnson City driver Tim Maupin (3) is on the outside of Raymond Nichols (10) at the start of Saturday's Crate Late Model feature at Volunteer Speedway. 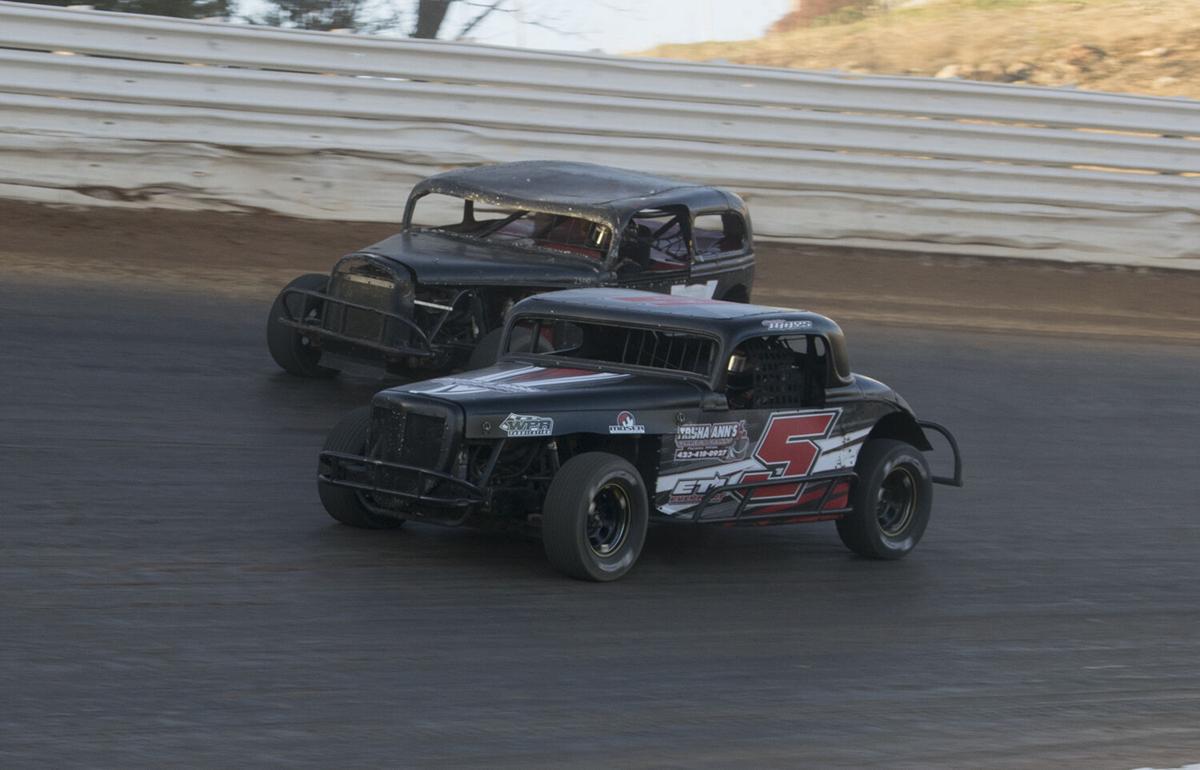 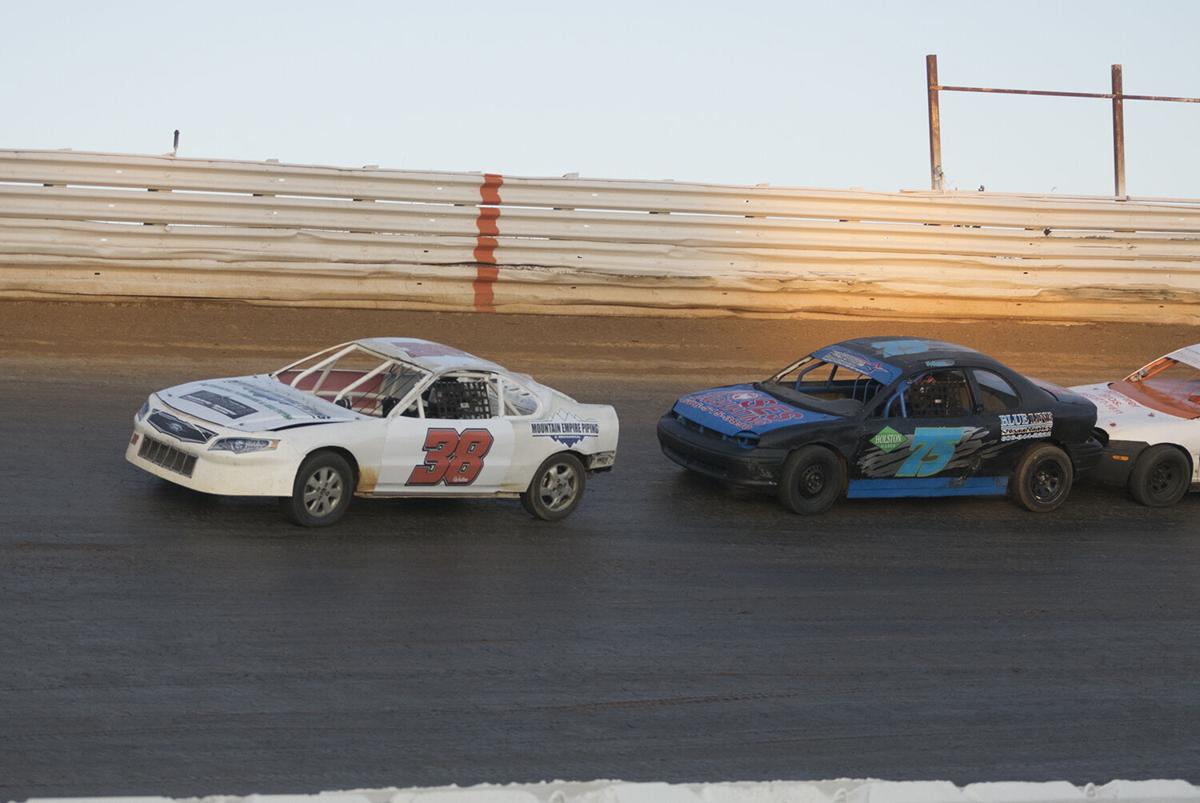 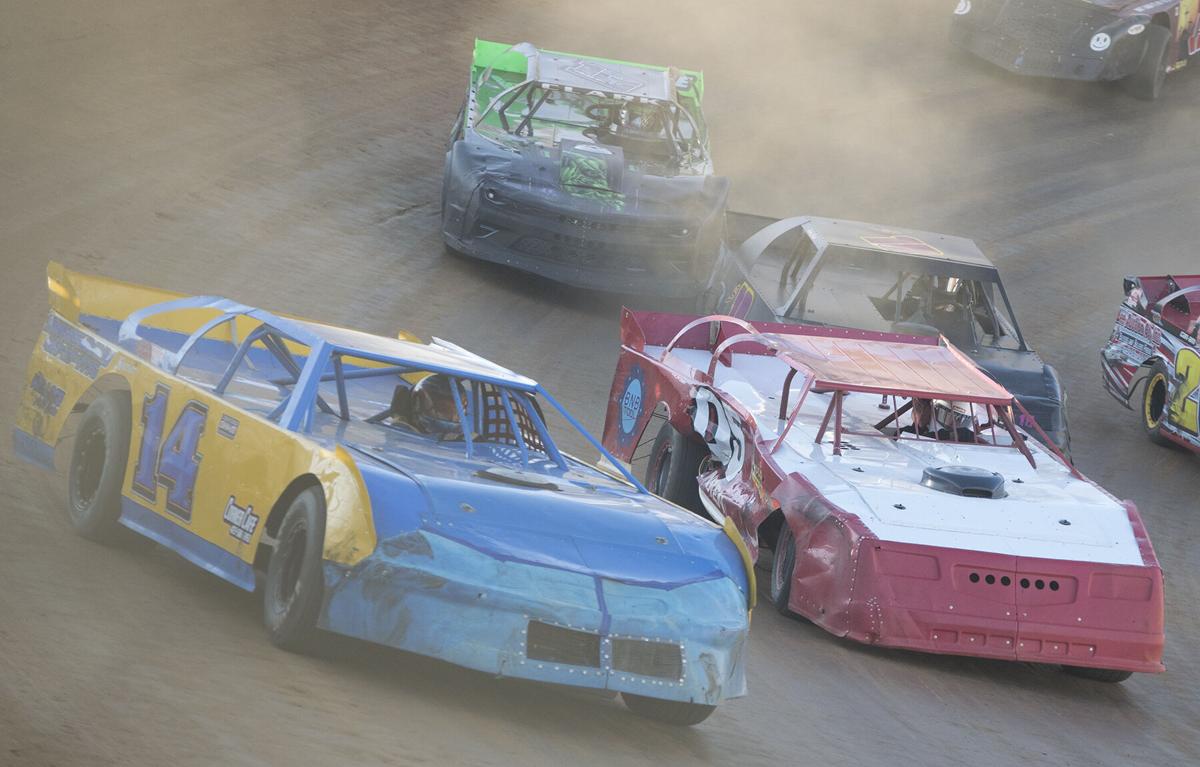 Jason Welshan (01) goes high and Ricky Weiss (7) is on the bottom of the track as they battle for the lead in Saturday’s Crate Late Model feature at Volunteer Speedway.

Ryan King (1) gets into the back of Nathan Martin (3) in Saturday's Crate Late Model feature at Volunteer Speedway.

Johnson City driver Tim Maupin (3) is on the outside of Raymond Nichols (10) at the start of Saturday's Crate Late Model feature at Volunteer Speedway.

Asked if the win on the 4/10-mile dirt track was the biggest of his racing career, Welshan responded, “No, this isn’t the biggest. Next week is the biggest when we put it in victory lane.”

Welshan was referring to the upcoming Crate Late Model National Championship event hosted by Volunteer Speedway. It’s highlighted by a $5,000-to-win feature on Friday and a $15,000-to-win race on Saturday.

As for the Fall Brawl, the race featured five lead changes over 25 laps. It included World of Outlaws Super Late Model star Ricky Weiss making contact with Welshan to take the lead midway through the race, only to see Welshan go back ahead on a restart.

Welshan not only had to beat Weiss, but three of the top-10 ranked Crate Late Model drivers in America — including pole winner Tyler Arrington from Virginia, Johnson City racer Jensen Ford and Knoxville racer Zach Sise.

However, Welshan’s black No. 01 car had plenty of power for his second win of the season at Volunteer. On a larger scale, Welshan has been on a tear lately at tracks throughout the region.

“We’ve been so good the last four or five weeks, we should have five wins in a row,” Welshan said. “We had a mishap at Boyd’s (Speedway in Ringgold, Georgia) that cost us a win. I feel like we have one of the best Crate programs in the country.

“To race against Ricky, those guys run up and down the road and he’s got all kinds of knowledge he can lean on… We’ve got a real small team, but we’re doing big things with it.”

Weiss, the Canadian star who finished second in the World of Outlaws point standings, was aggressive throughout the race. He and Arrington traded the lead twice in the opening laps before Welshan moved out front.

It was a bit of an adjustment for Weiss to switch over to the Crate cars after racing his Super Late Model most of the season.

“It was definitely different. The motor has a lot less horsepower and it’s about keeping the rpm’s up,” Weiss said. “We came from a day or two ago, wide-open with 900 horsepower where you can’t spin the tires. I wanted to win, but I will take it. Any laps you can get around here, it will be good for next week.”

Matt Henderson finished third, followed by Ford and Mack McCarter. Ford was in a different ride. Waiting for work on a motor to be finished so it can be installed in his No. 83 car, he drove the No. 32 owned by Kingsport racer Tyler Smith.

Sise, a four-time winner on the season, finished eighth, while Johnson City driver Tim Maupin placed 24th after the brakes kept locking up on his black No. 3 machine.

After starting on the pole, Arrington finished last in the 27-car field, eliminated after making contact with Brent Cornette’s spinning car.

It was the second straight for Sise, while the battle behind him featured Jonesborough racer Bobby Mays holding off Kentucky driver John Stevens for the runner-up spot.

Mays, blinded by the late afternoon sun going into the north end of the race track, apologized for an incident between he and Stevens.

“I couldn’t see anything. Once I passed the flag stand going into the corner, it was 1-2-3, turn,” Mays said. “I pinched John into the wall, but it was too late before I saw him. He knows I will race him clean and he races me clean. We’re just here to have some fun and that’s what it’s all about.”

Zack Walton of Blountville was similarly dominant in his No. 38 Ford in the Front Wheel Drive race. Walton led all 20 laps for his eighth win of the year. Eric Partin finished second with Ryan Wyatt third.

Gary Blanken of Whitesburg scored his first victory in the Mod Street division since a racing accident at Tazewell Speedway in June left him with a broken leg and foot.

Blanken made a move to the inside of Kurt Owens coming off turn 2 with five laps to go and powered on to the victory. Owens, the brother of four-time Lucas Oil Late Model national champion Jimmy Owens, finished second.

Wayne Rader from Parrottsville held off a hard-charging David Clark to win in a photo finish in the Street Stock feature. Just inches ahead at the finish line, it was Rader’s fifth win of the season. Tony Trent, who battled for the lead early, finished third.