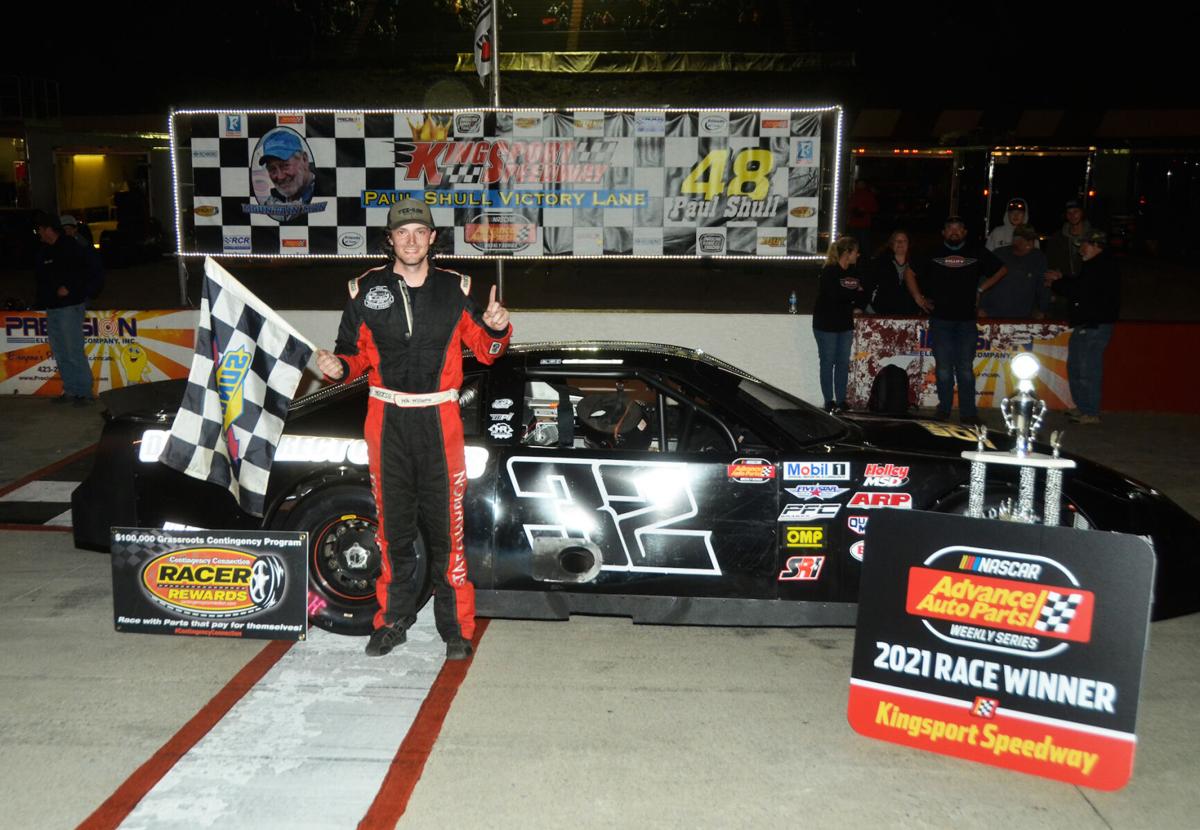 Nik Williams won for the 10th time in the 2021 season Friday night to clinch his second Kingsport Speedway championship. 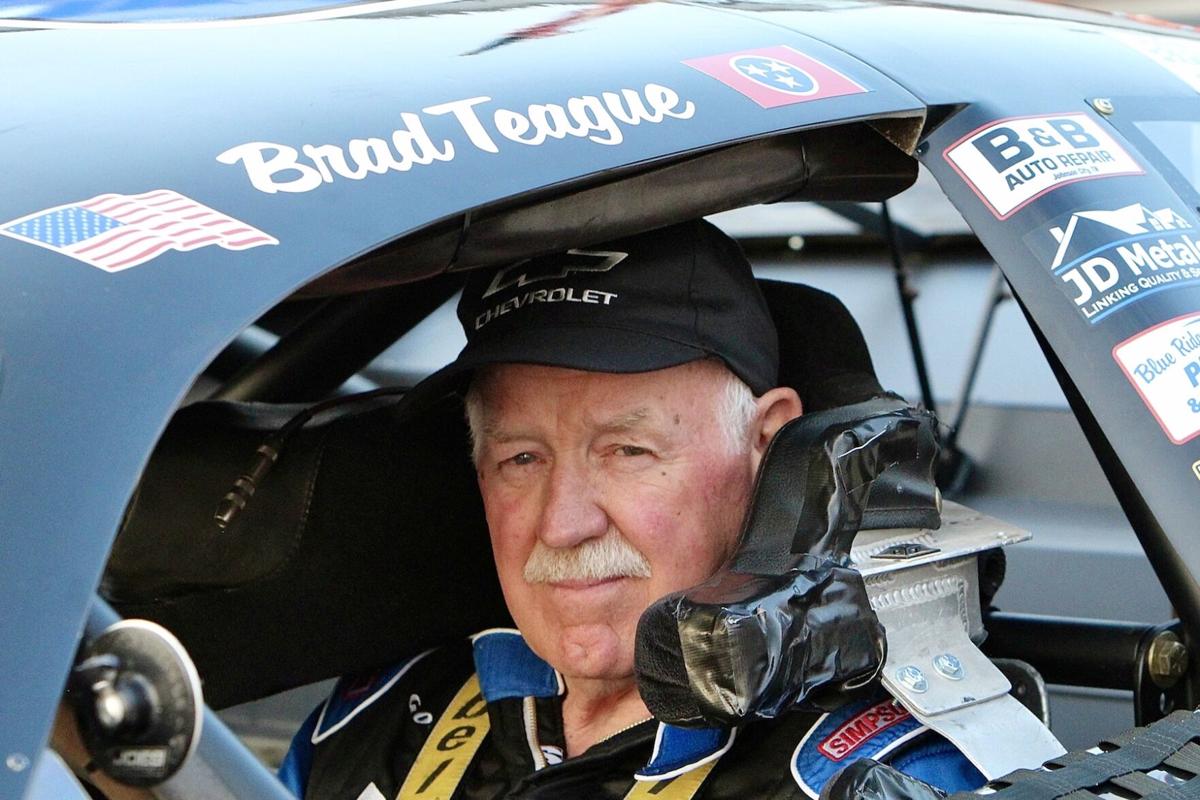 Nik Williams won for the 10th time in the 2021 season Friday night to clinch his second Kingsport Speedway championship.

The Chuckey driver dominated the 60-lap NASCAR Weekly Series Late Model Stock feature during the King of the Concrete Champions Night. With fast qualifier Hayden Woods having early trouble, Williams’ black No. 32 Chevrolet raced to nearly a half-lap victory over the rest of the field.

It was a fitting end for Williams, who was fast throughout the season. Other champions crowned were: Rusty Clendenin (Sportsman), Kevin Canter (Mod 4), Bruce Crumbley (Pure 4) and Billy Walters (Pure Street).

“It feels great and I’m happy for my team,” Williams said. “We finally got to 10 wins. It’s been a darn good year and it’s nice to put a stamp on it at the end. They told me all I had to do was start to lock up the championship, but I wanted that win No. 10.”

Wayne Hale, winner of the previous two Late Model features at Kingsport, finished second in the No. 19 Chevrolet. The Bluff City driver held off Kingsport racer Derek Lane for the runner-up spot. Two other Kingsport drivers, Brad Housewright and Dillon Hodge, rounded out the top five.

Housewright edged Hale for second place in the driver standings.

Brad Teague, the 73-year-old NASCAR Cup Series veteran from Johnson City, qualified and finished ninth in his first race since running a Super Cup Series event in 2018. He planned to race earlier this year, but the engine parts for his black No. 3 Chevrolet weren’t available.

“It took us five months to get a motor and that really hurt us,” Teague said. “We had to rush too much to get it ready and had to take shortcuts on it. I’m pretty tickled though. I was worried about the heat and stamina as I got up 2:30 in the morning sick and got two hours of sleep. I felt awful bad and if there had been another race next weekend, I would have probably sat this one out.”

Kevin Wolfe held off Marty Tunnell in a green-white-checkered finish to end the 40-lap Sportsman feature.

While Wolfe was celebrating his fifth win of the season in the black No. 17 Camaro, Clendenin clinched the championship with his third-place finish.

Kevin Canter raced to his sixth consecutive Mod 4 championship with his 13th win of the season. His black No. 3 Ford finished well ahead of the rest of the field with his grandfather Hershell Robinette the only other driver on the lead lap.

Johnson City driver Brandon Sutherland won for the sixth time this season in the Pure 4 division. His black and orange No. 25 finished 2.69 seconds ahead of Craig Phelps, who was driving Josh Detwiler’s car.

David Trent was third with Kenny Absher and Crumbley rounding out the top five.

Tony Dockery held off Billy Walters to win the Pure Street race, while Walters unexpectedly ended up winning the championship.

It was the second win of the season for Dockery in the orange No. 05 Chevrolet. Jay Swecker, a seven-time winner this season, appeared to have clinched the championship with a third-place finish. However, both he and fourth-place Rob Austin, the second-place driver in points, had their engines disqualified in post-race inspection.

Walters was the beneficiary with his first track championship. Brian Eggers and Ricky Payne moved up to the third and fourth in the race itself.

NASCAR veteran Brad Teague about his return to the track