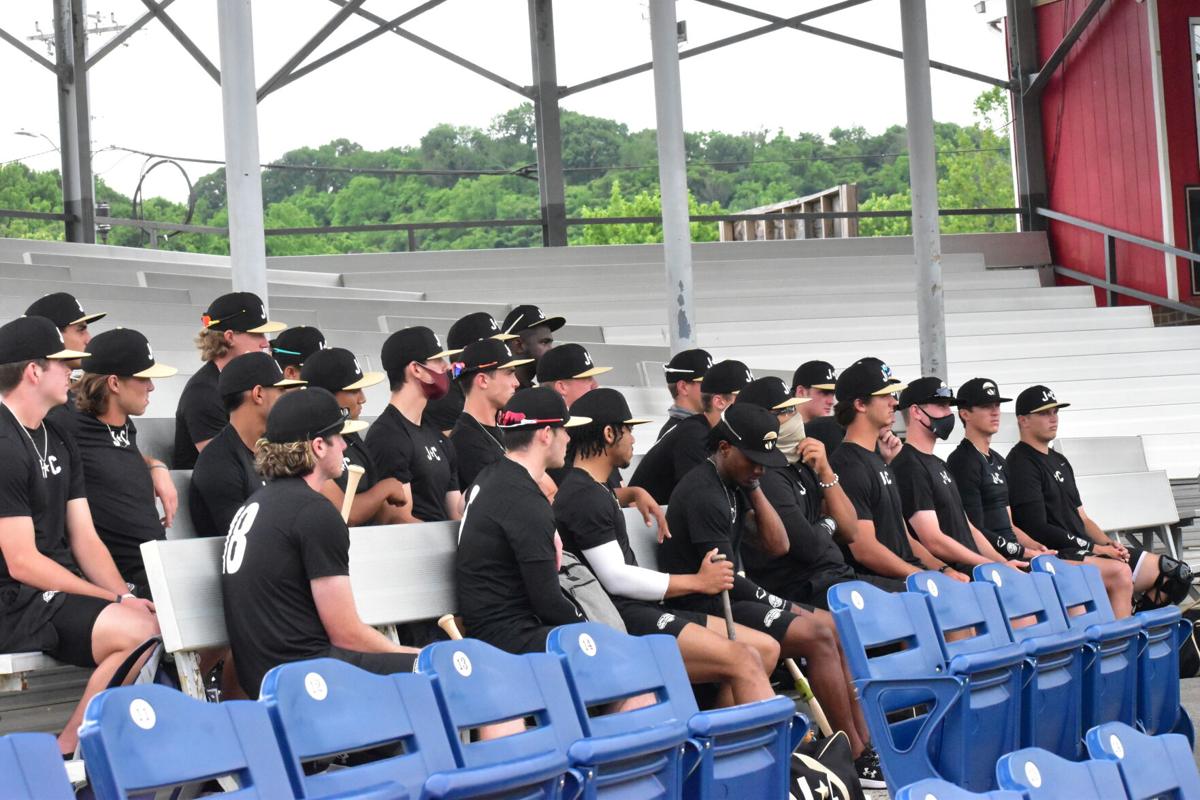 The Johnson City Doughboys meet at TVA Credit Union Ballpark, where they will open the season Thursday night. 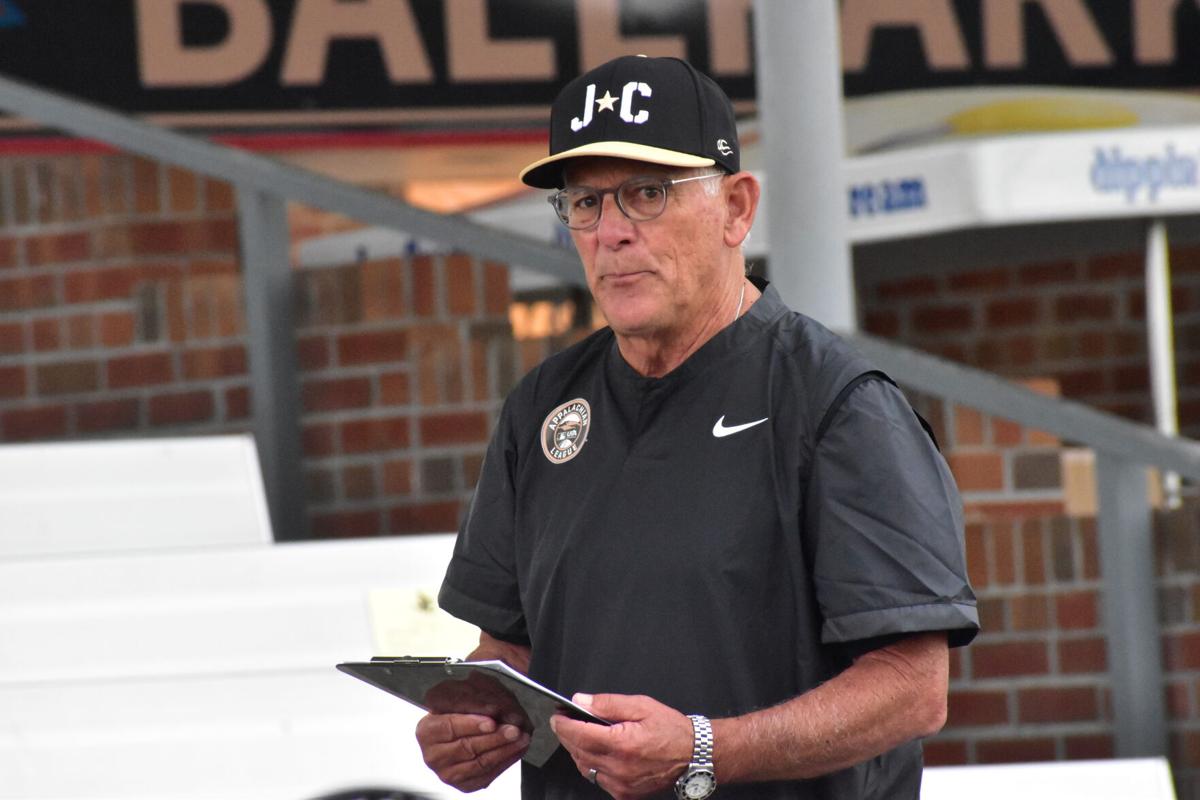 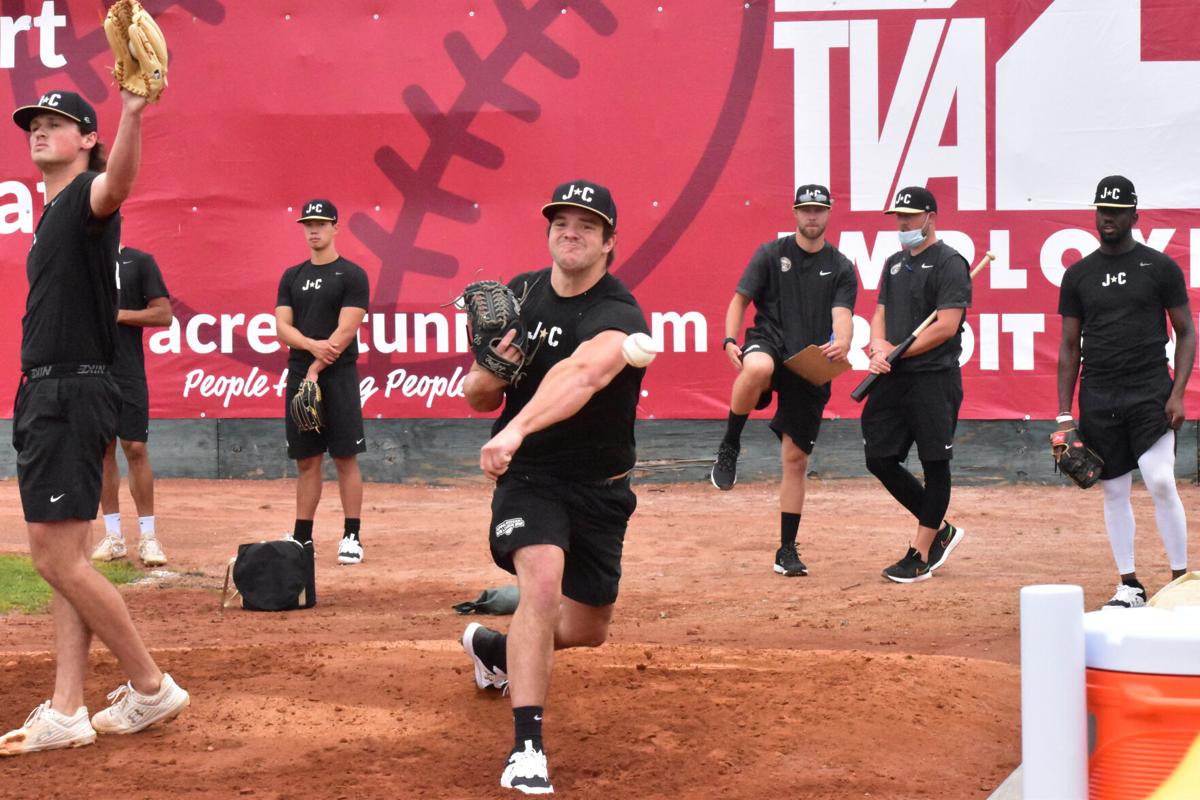 Leo O’Shinski lets a pitch fly in the bullpen. 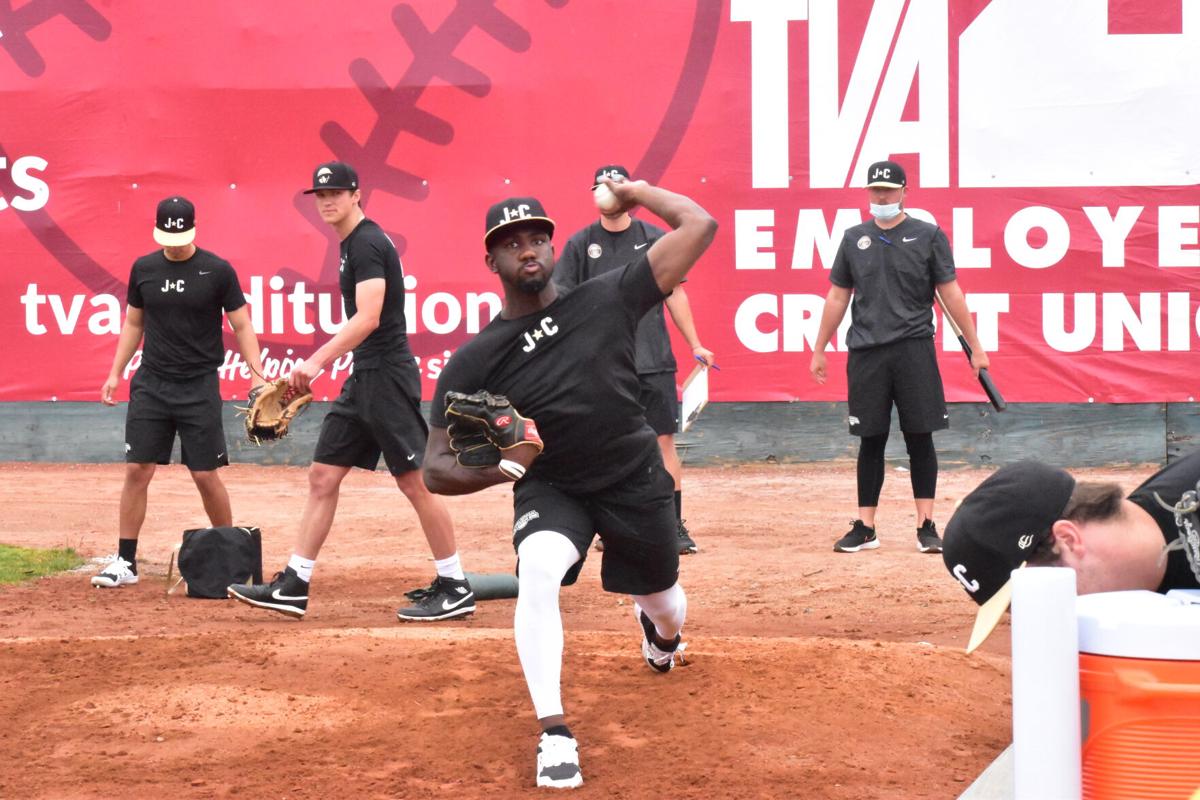 Doughboys pitcher Damon Cox filled in nicely at the plate against the Axmen, blasting a two-run homer estimated at 385 feet. 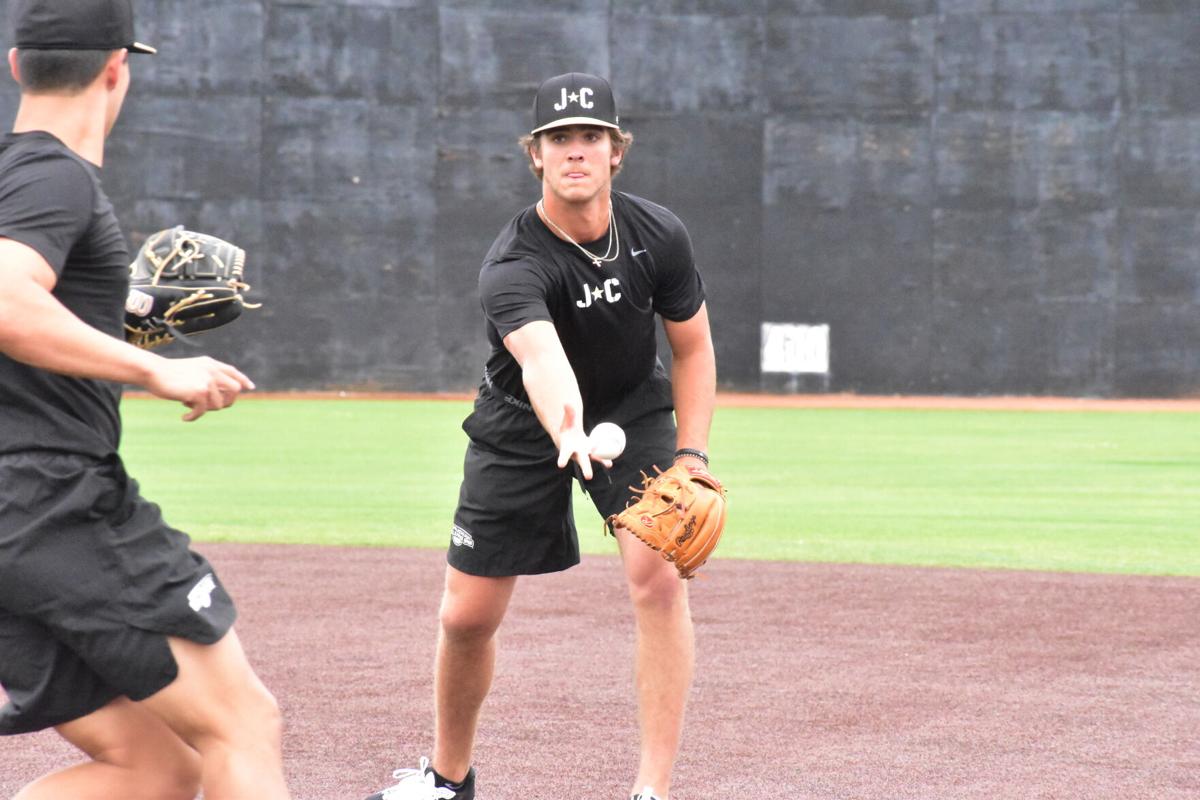 The Doughboys work on infield drills for pitchers. 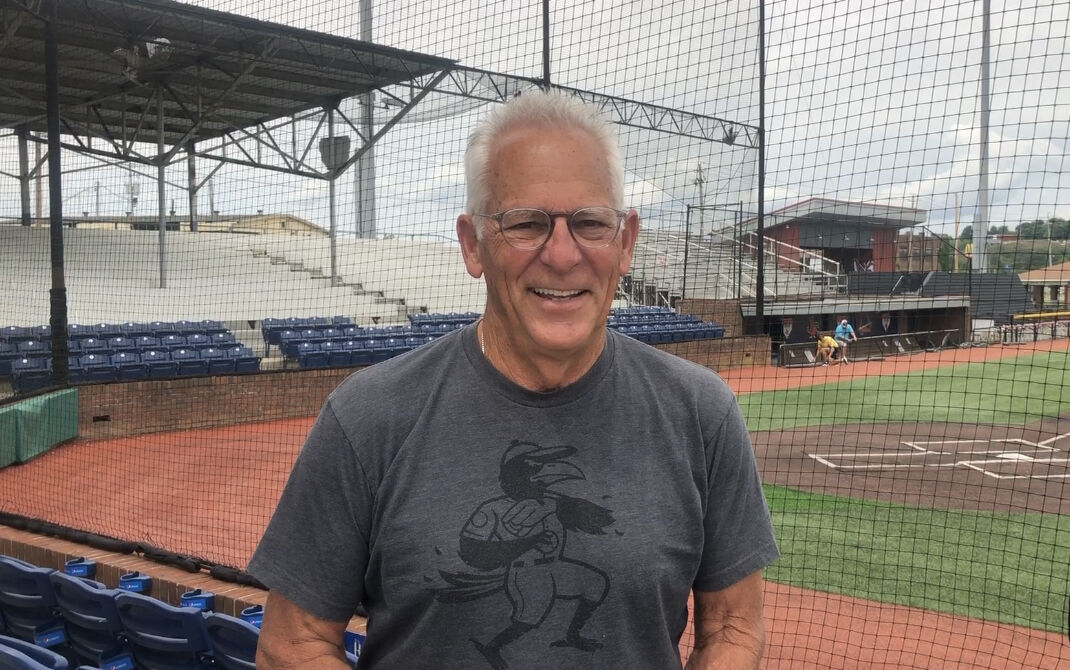 The Johnson City Doughboys meet at TVA Credit Union Ballpark, where they will open the season Thursday night.

Leo O’Shinski lets a pitch fly in the bullpen.

Doughboys pitcher Damon Cox filled in nicely at the plate against the Axmen, blasting a two-run homer estimated at 385 feet.

The Doughboys work on infield drills for pitchers.

The new Appalachian League gets underway Thursday night, and for Johnson City Doughboys manager Rick Magnante it will be the shortest spring training of his lengthy baseball career.

The league was re-branded as a college wood-bat league for freshmen and sophomores after MLB contracted the minor leagues. The Doughboys play host to the Bristol State Liners at TVA Credit Union Ballpark at 7 p.m. The team will have had exactly one afternoon of practice together before the lights come on.

“Let’s just say that its new and unique to me,” said Magnante, who spent 26 years in the Oakland Athletics’ organization. “It is what it is and we’re going to do the best to prepare them. Probably for the first week to 10 days of the season we’ll at least be in a position to have offensive signs, bunt defenses, cuts and relays, double steals, pickoffs and rundowns … all the fundamental team concepts in place so that at least well be in a position to look like we have an idea what we’re doing out there and be as professional as we can about it.”

With 20 pitchers on the roster and only a little information about what he has, Magnante said he’ll most likely pitch as many of them for an inning or two apiece over the first couple of games.

“Let everybody get their toe in the water and see how they do,” Magnante said. “We’re going to be guided to some degree by USA Baseball to say these five guys are slated to start to get to where they’re going to be in college. Here’s your middle group and here’s your back end of the into the bullpen.”

The debut of the new league will be the first high-level baseball played at many of the Appy League stadiums in two years. Last season was canceled because of the pandemic.

Johnson City, then the Cardinals, beat Burlington for the last professional Appalachian League championship back in 2019.

The roster is a work in progress because several players slated to be in Johnson City are still playing college baseball. Oklahoma State, Vanderbilt and Campbell all have players coming to town and those schools are playing in NCAA regionals.

Three ETSU players are on the roster. In addition to shortstop Ashton King, pitchers Walker Trusley and Andrew Ronne will be on the team.

Noah Syverson of Berry College will be the team’s play-by-play man and media relations contact.

Magnate will be returning to the Appalachian League after a 33-year absence. He managed the Bristol Tigers during the 1987 and 1988 seasons.

After playing one game, the Doughboys get a day off because the Tri-Cities FC Otters, the local soccer team in the USL League Two, have their home opener at TCA Credit Union Ballpark on Friday night.

The Doughboys will take advantage of the day off to practice.

“I wouldn’t normally work out on an off day,” Magnante said. “And I’ll tell the players that, but three days into the season we should take advantage of that and get out here and have a workout and implement some of our fundament philosophy.”

Opening Night is the first Thirsty Thursday of the season and beer will be available for $1, $2 and $3 with sodas being $1.