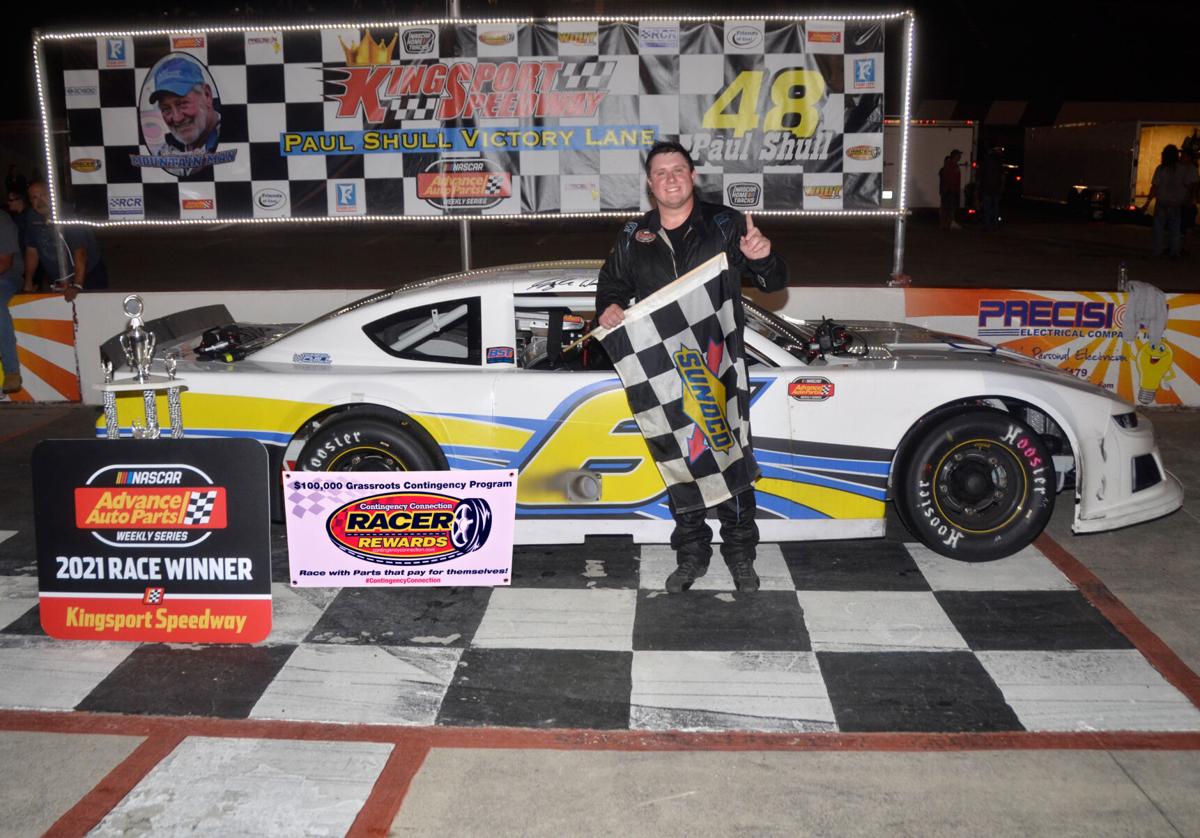 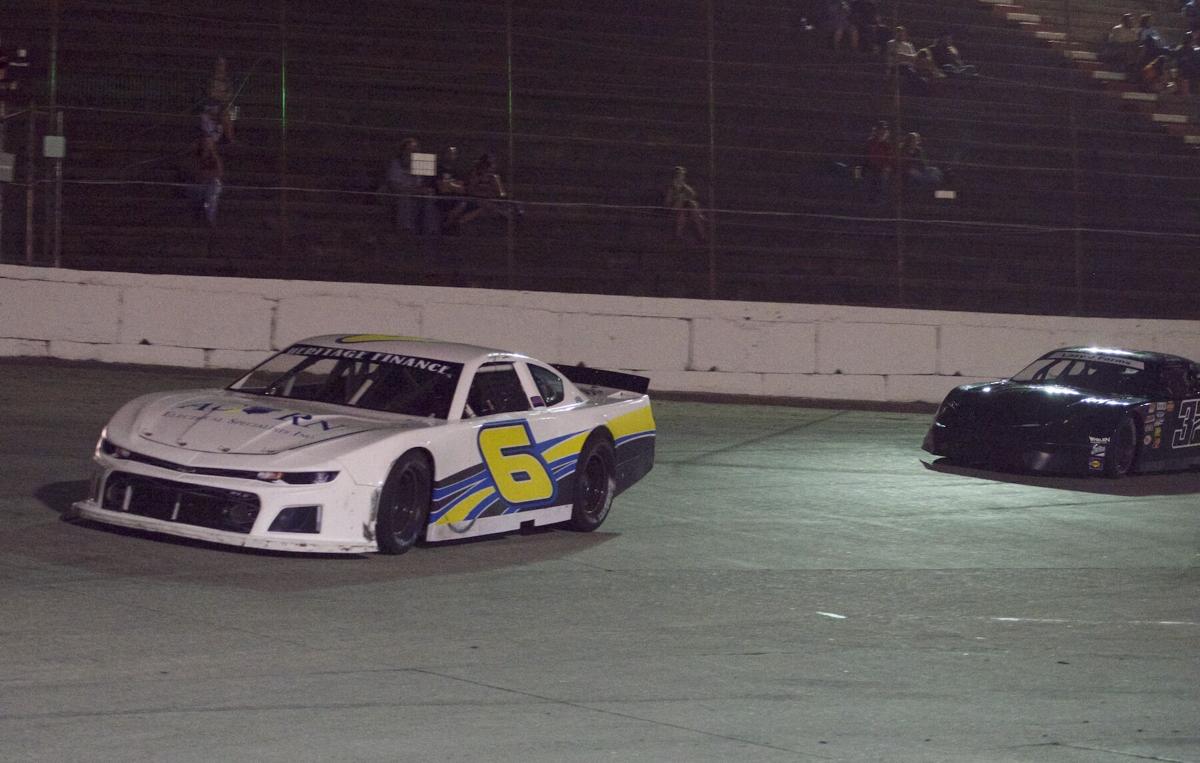 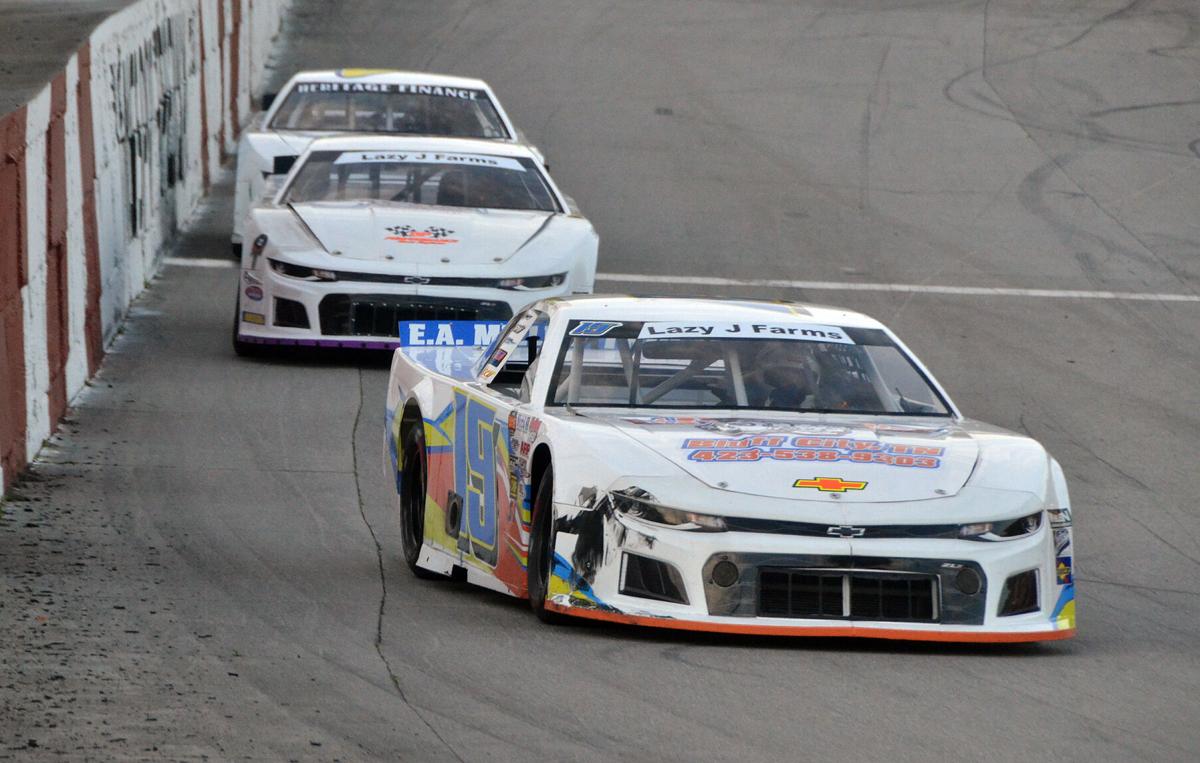 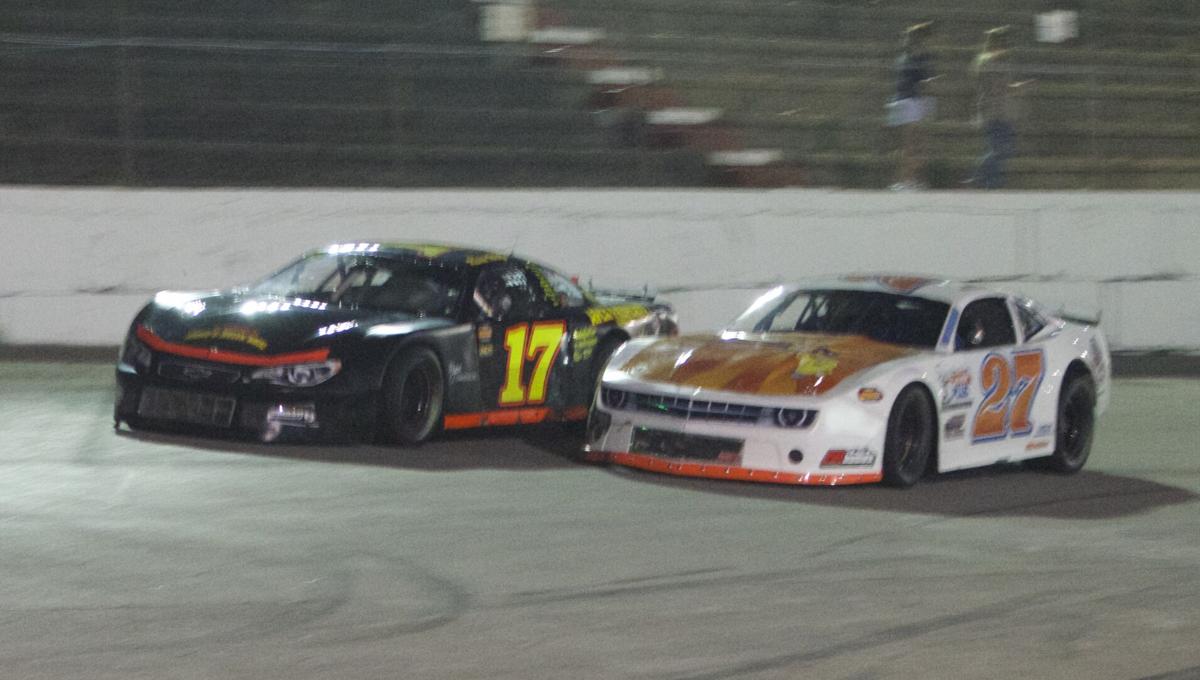 Kevin Wolfe (17) and Rusty Clendenin (27) battle for the lead in Friday's Sportsman feature at Kingsport Speedway. 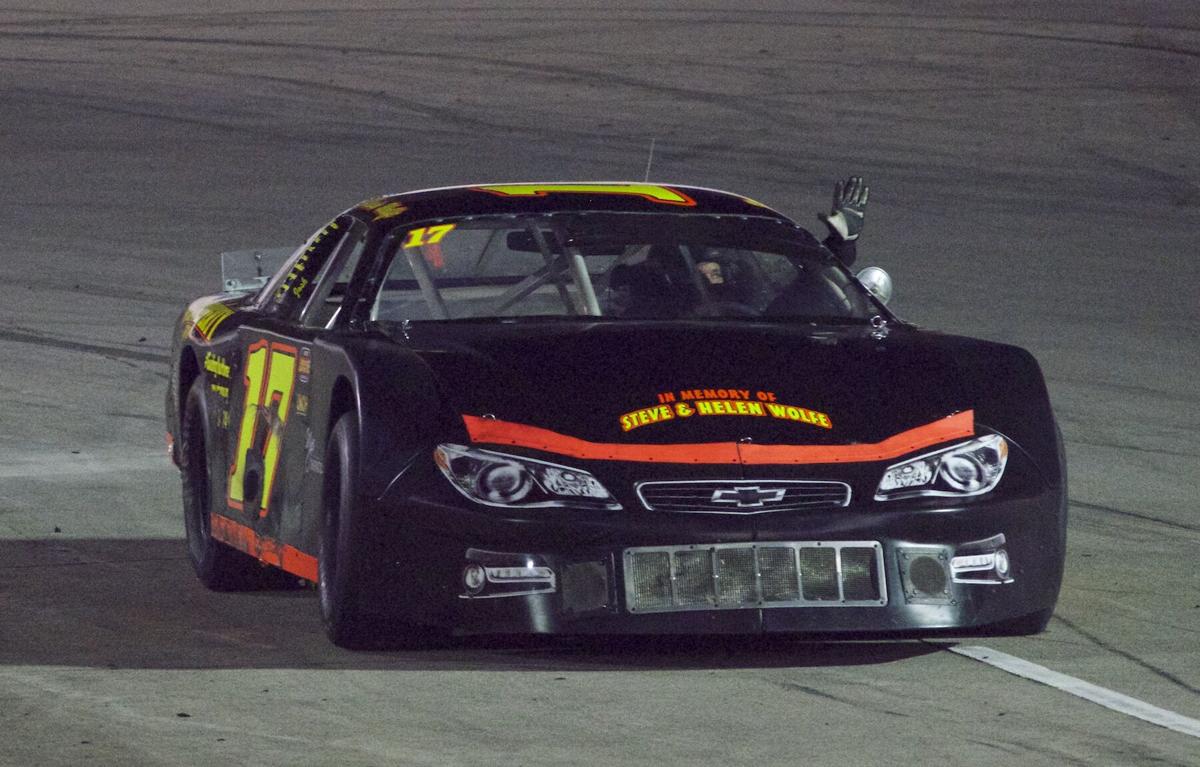 Kevin Wolfe waves to the crowd after he was first to the finish line in Friday’s Sportsman feature.

Kevin Wolfe (17) and Rusty Clendenin (27) battle for the lead in Friday's Sportsman feature at Kingsport Speedway.

Kevin Wolfe waves to the crowd after he was first to the finish line in Friday’s Sportsman feature.

Woods, driving the No. 6 Chevrolet, held off the black No. 32 Chevrolet of points leader and 2019 track champion Nik Williams to score his second-ever NASCAR Advance Auto Weekly Series win on the 3/8-mile concrete oval.

Hale won earlier in the night, taking over the lead when a shock mount bolt broke on Williams’ car.

For Woods, the key was getting out front early and pulling away. Williams, who had to start at the back of the field after the work on his car, closed within a car length at the end, but never to Woods’ back bumper.

“I was worried about the 32. He had a stout car,” said Woods, a Piney Flats driver. “There are some tough competitors, but the 32 is the top dog in my book. My team worked hard and made some really good adjustments after the first race. It was extremely important to get out front. I set the tone of the race and that’s what we were shooting for.”

Williams finished last in the first race. However, the Chuckey driver maintained his points lead with a runner-up finish in the second feature.

“I thought we had the car to beat in the first race, but the shock-mount bolt broke,” Williams said. “The crew worked hard to get us ready for the second race. I had to start in the rear, unfortunately. He had a huge lead by the time we got to second. We were catching the leader, but just ran out of time.”

Hale, a Bluff City racer in the white No. 19 Chevrolet, led most of the first 35-lap feature. Housewright wasn’t able to make up the needed ground on Hale as he finished second. Woods placed third with Lane and Jonathan Worley taking the fourth and fifth spots.

In previous races, Hale had been battling an issue of his brakes locking up. He didn’t have that problem in Friday’s opener.

“The car was pretty good. We missed the pole, but we were close,” Hale said. “We got a good start and we seemed to get the brakes fixed that first race. We changed everything, but it came up again that second race. There’s something in the balance of them we have to get figured out.”

Kingsport driver Rick Pannell was honored before Friday’s races for making his 200th consecutive start on the 3/8-mile track. Behind the wheel of the yellow No. 33 Chevrolet, he started on the pole for the second race.

Pannell posted finishes of sixth and seventh in the feature races.

“I’m a big supporter of this race track and have come up here since I was 4-5 years old back in the ‘60s,” Pannell said. “I had a little brake heat the first race, but I worked on the tires the second race and that helped the handling of the car where I wasn’t relying so much on the brakes.”

Kevin Wolfe from Abingdon, Virginia, outdueled Rusty Clendenin for the Sportsman win after the two battled side-by-side for five straight laps. Wolfe finally got the advantage on a restart with three laps to go and pulled in front of Clendenin to take the 30-lap feature.

It was Wolfe’s third win of the season. Austin Brooks, Chris Tunnell and Alex Keith also finished in the top five.

Kevin Canter put the black No. 3 Ford out front early and made it 5-for-5 this season in the Mod 4 division.

Kingsport driver Bucky Smith grabbed the lead early, lost it to Brandon Southerland in the middle stage of the race, but regained it for his second Pure 4 win of the season.

Keith Helton made a charge from deep in the field to finish second. He passed Josh Detwiler on the final lap for the runner-up sort. Detwiler, David Trent and Jay Clendenin claimed the third through fifth positions.

Jay Swecker from Kingsport moved into the lead when Tony Dockery’s car started pouring out smoke and led the rest of the way for his second Pure Street win of the season.