Skip to main content
You are the owner of this article.
Edit Article Add New Article
You have permission to edit this article.
Edit
Home
News
Sports
Obituaries
Living
Photo & Video
Opinion
Classifieds
Games
Send Us Your News
About & Policy
Contact Us
Special Sections
Share This
1 of 7 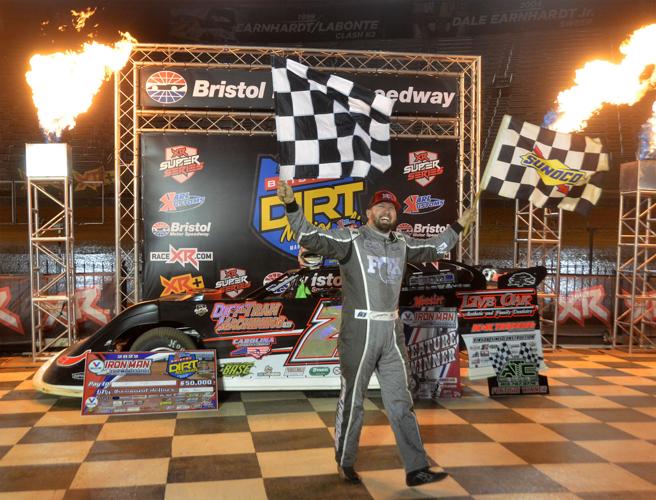 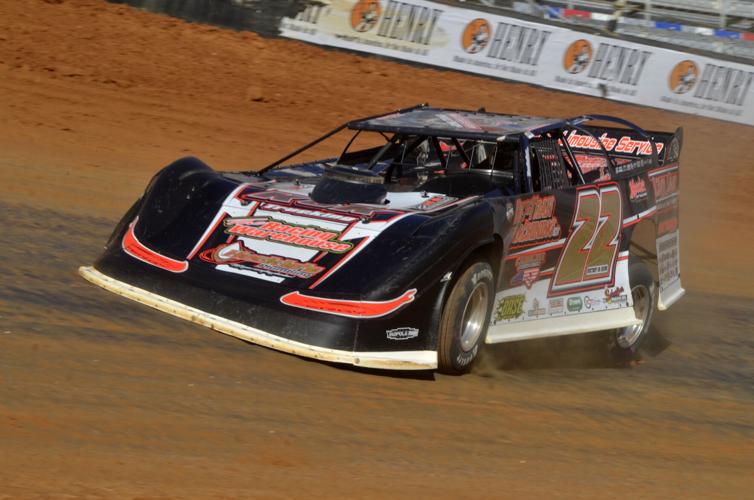 Chris Ferguson was dominant in his heat race and later in the Super Late Model feature at Saturday's Karl Kustoms Bristol Dirt Nationals. 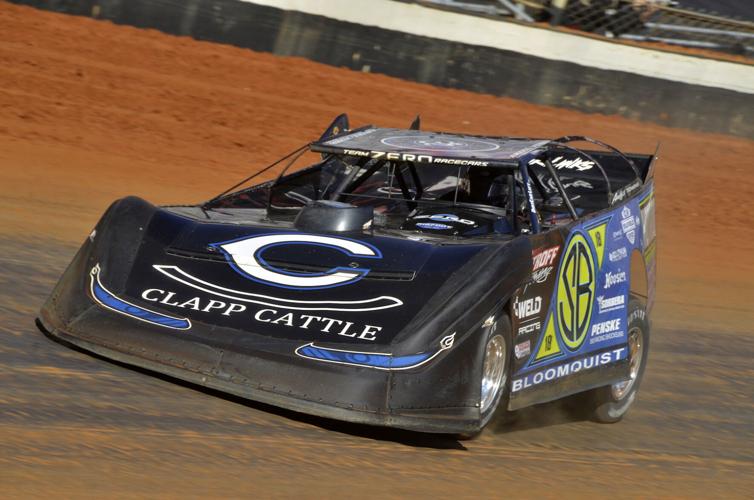 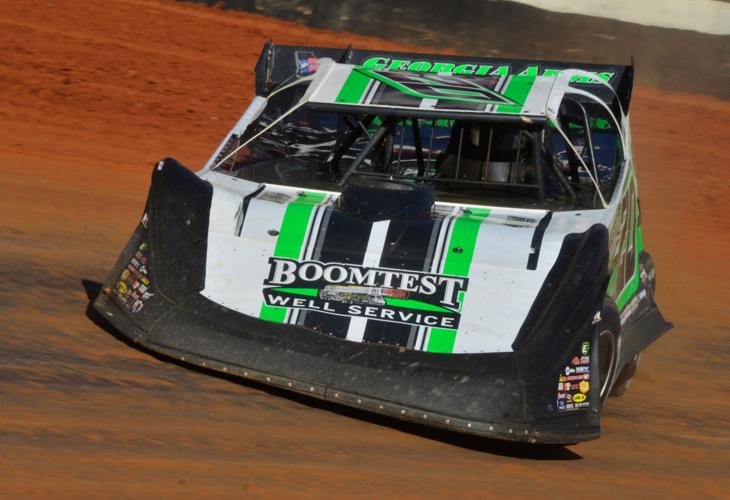 Jimmy Owens gets sideways on his way to winning his Super Late Model heat race at the Karl Kustoms Bristol Dirt Nationals. 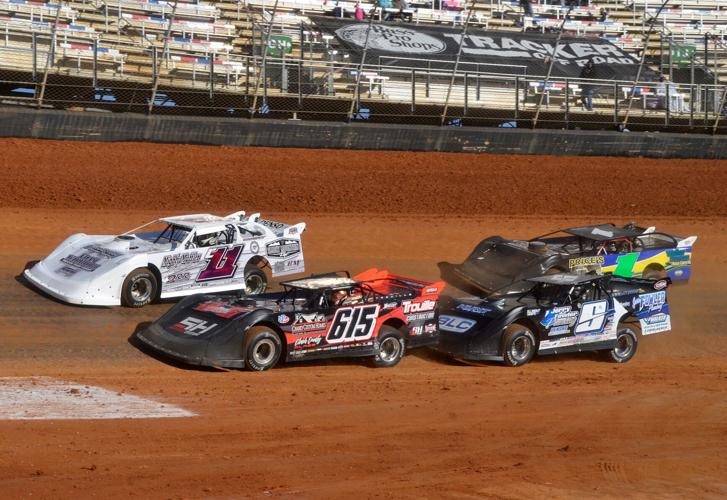 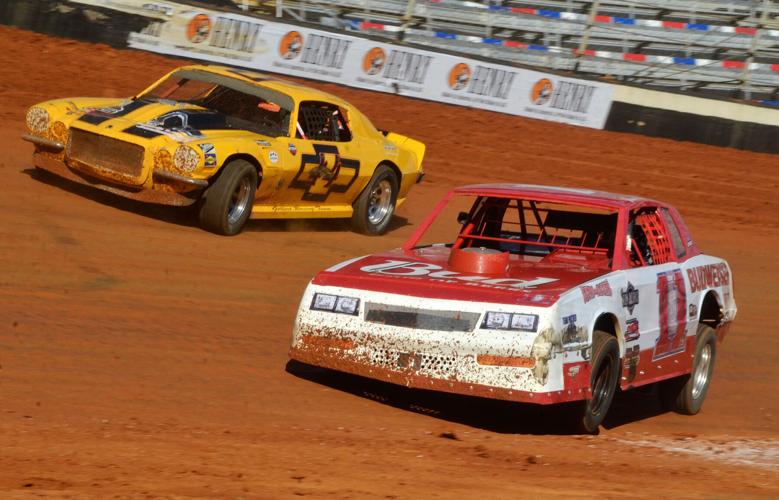 Jason Park (11) in the Darrell Waltrip tribute car digs down in turn 1 to pass Marco Gilbert in the Stock Car race at the Karl Kustoms Bristol Dirt Nationals. 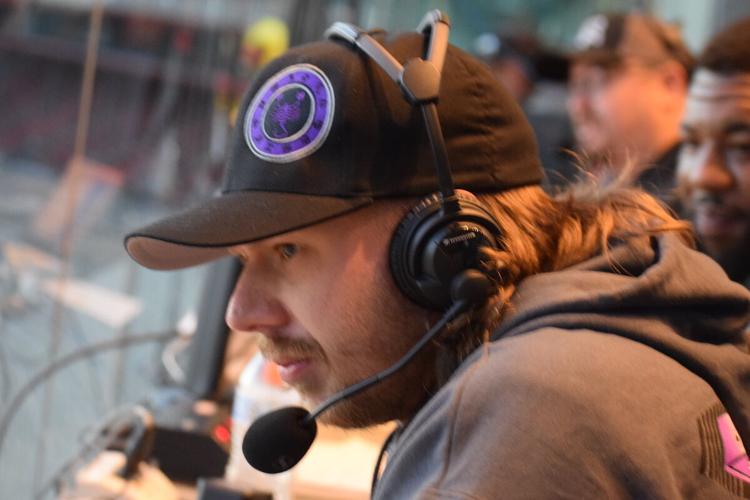 Chris Ferguson was dominant in his heat race and later in the Super Late Model feature at Saturday's Karl Kustoms Bristol Dirt Nationals.

Jimmy Owens gets sideways on his way to winning his Super Late Model heat race at the Karl Kustoms Bristol Dirt Nationals.

Jason Park (11) in the Darrell Waltrip tribute car digs down in turn 1 to pass Marco Gilbert in the Stock Car race at the Karl Kustoms Bristol Dirt Nationals.

The Mt. Holly, North Carolina, racer in the No. 22 machine won by 2.230 seconds over Mooresburg driver Scott Bloomquist in the No. 0 car. It came one year after Ferguson won the Friday feature at the 2021 Bristol Dirt Nationals.

“This is awesome, the biggest win I’ve ever gotten. I can’t believe I’m in this moment,” Ferguson said. “God blessed me tonight. What an unbelievable car, it was so good. It was the exact same car we had last year.

“We worked with Scott of all people over the winter. Anytime Scott is behind you, you have to be on the top of your game.”

Bloomquist, the Hawkins County racing legend with over 600 feature victories, challenged Ferguson for the top spot midway through the race. A lapped car helped Bloomquist catch Ferguson. However, it was Ferguson’s decision to go to the high side of the race track — to get around the lapped car — that allowed him to get away from Bloomquist.

Bloomquist felt Ferguson made a better choice on the tire to use, which ended up being a difference in their two race cars. The legendary racer was afraid any more abuse to the tire would cost him more positions.

“I hung with Fergie the best I could,” Bloomquist said. “He had a little harder tire, so that definitely was a little help for him. We were concerned if I pushed it anymore I would fade on back. You don’t like to settle, but we ended up settling tonight. I was pushing it really hard. I wish I would have had just a little more.”

The race was marred by a couple of hard crashes in turn 3. The first one was on lap 10 after defending Lucas Oil Series national champion Tim McCreadie slammed his No. 39 machine in the wall while running fifth.

Four-time national champion Jimmy Owens, in the No. 20 machine, hit the wall at nearly the same place on lap 21. Both Owens, a Newport driver, and the New Yorker McCreadie escaped any serious injury.

The Canadian won the first of four heat races for the Super Late Models. Owens captured the second heat with Ferguson taking the third heat and Bloomquist emerging the winner of the final heat.

Johnson City driver Jensen Ford suffered severe damage to his No. 83 race car in an accident Friday night. He traded in his driver’s suit for a headset as an analyst the XR Series broadcast on Saturday.

Colton Trouille, a 15-year-old from Valdosta, Georgia, led every lap of the 602 Late Model feature. The driver of the black No 615 Late Model finished 3.735 seconds ahead of runner-up Cody Courtney, a teenager from Knoxville who attends Gibbs High School. Another teenager, Tucker Anderson from Georgia, finished third.

It was Trouille’s second time racing at Bristol after competing in the 2021 Bristol Dirt Nationals.

“It goes from like driving a late model to NASCAR. It’s completely different,” Trouille said when comparing Bristol to his local tracks. “We had a couple of mess-ups with the car last year, but we didn’t have any bad luck this time and it was great.”

Another teenager, Dallon Murty, crossed the finish line first in a 30-lap Stock Car feature. However, the car for 17-year-old from Iowa, did not pass post-race inspection. Two other Iowa racers, Dustin Vis and Johnny Spaw, moved up to the 1-2 finishing positions as Murty dropped to third.

Shane Demey, another driver from the Hawkeye State, was disqualified after leading flag-to-flag in the 20-lap Modified feature. Canadian driver Sir Lawrence O’Connor was credited with the victory and 2021 race winner J.D. Auringer moved to second.