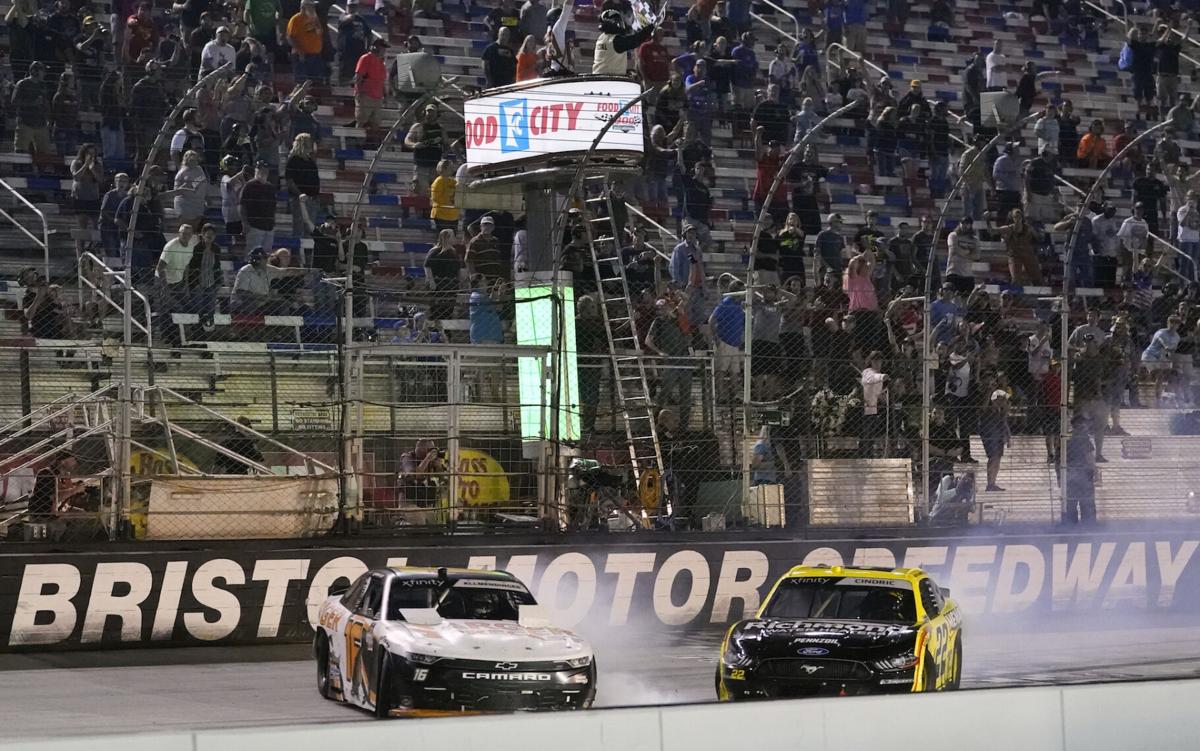 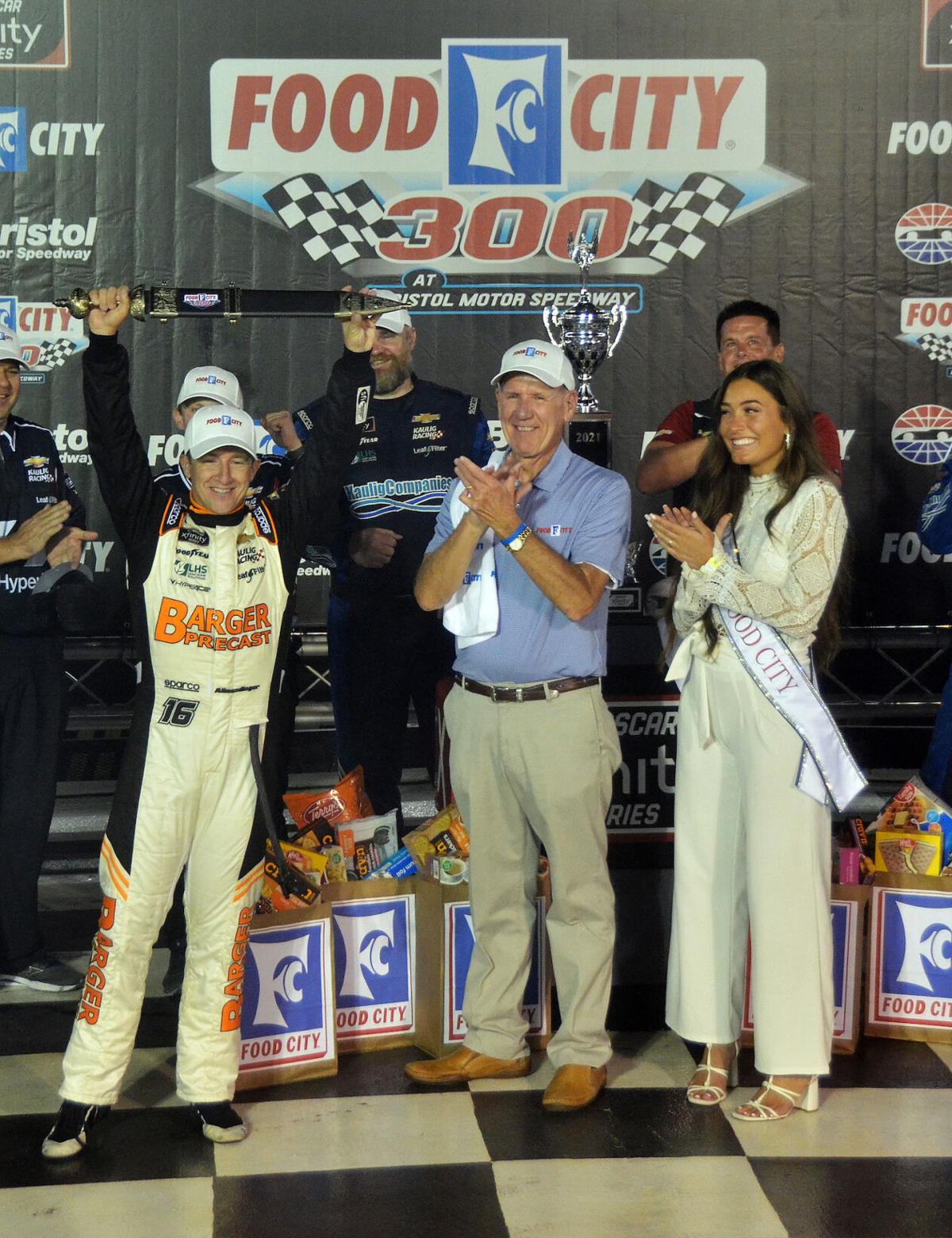 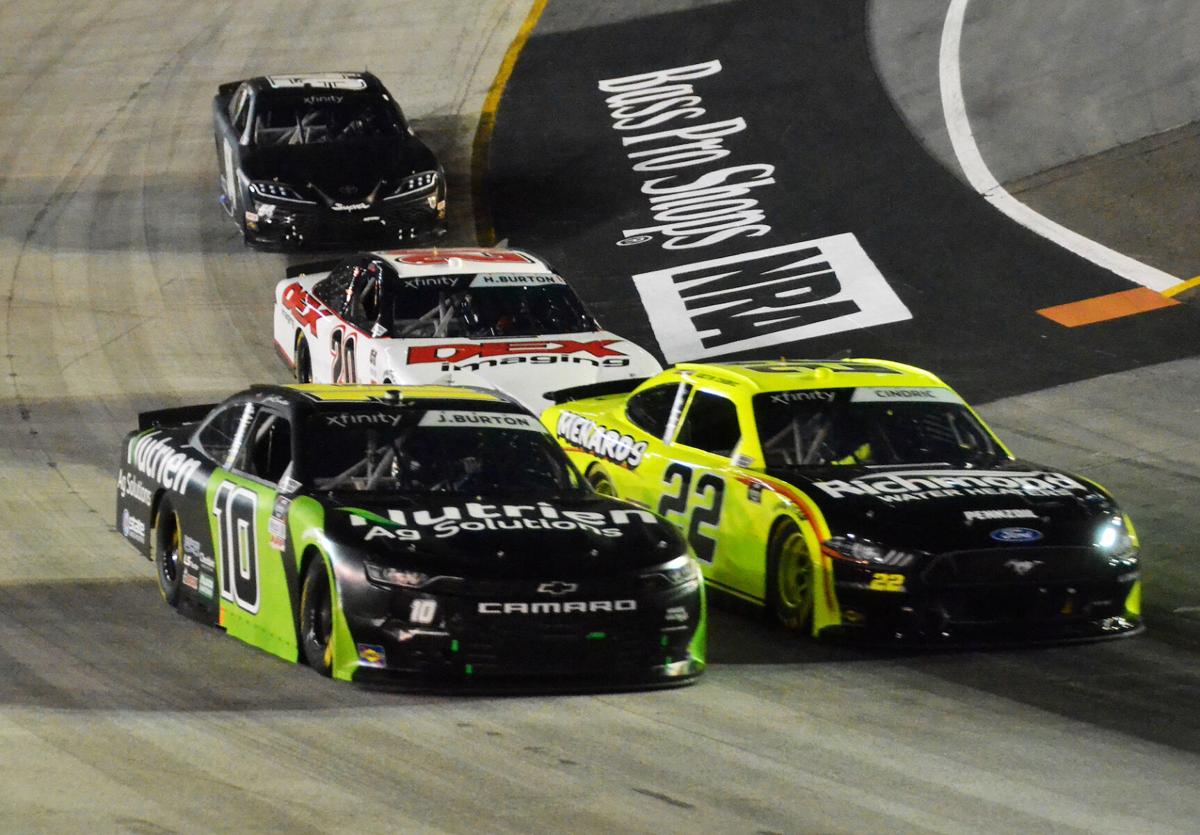 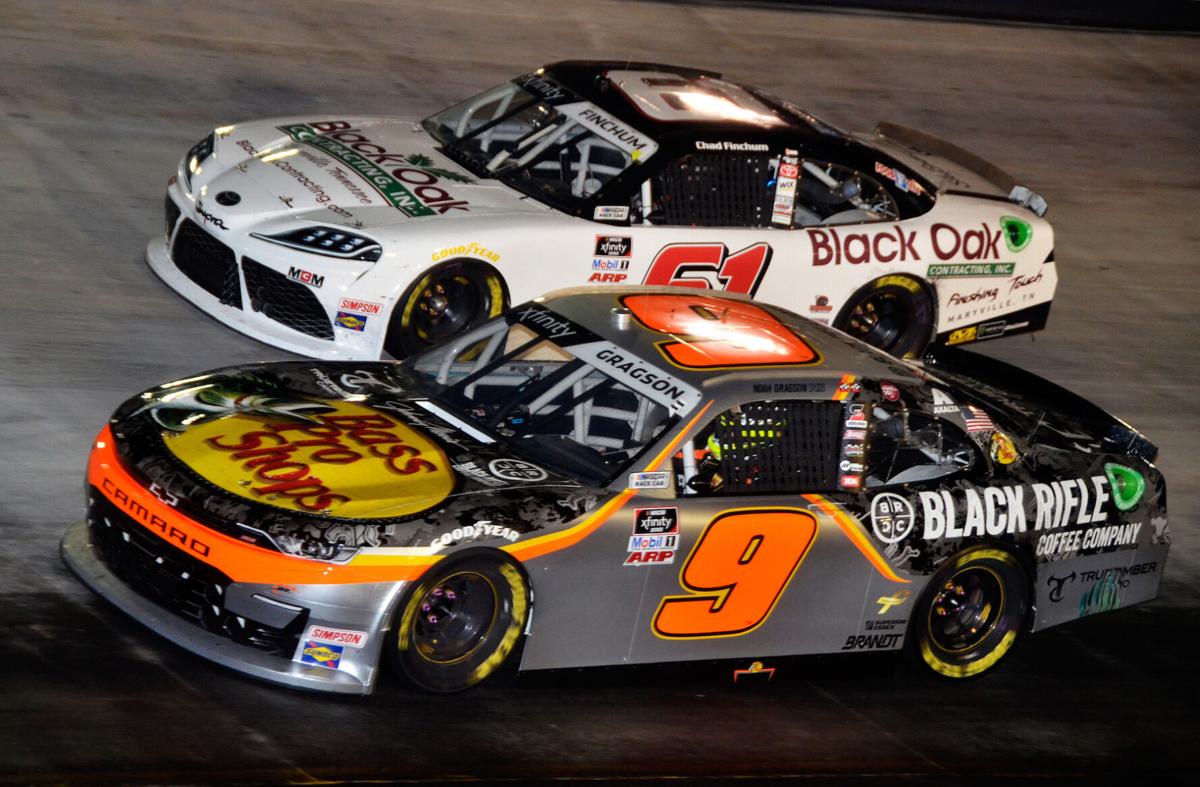 Allmendinger, who clinched the NASCAR Xfinity Series regular-season championship with his fourth win of the year, got out of his wrecked race car and pumped his fist in the air to the cheers of the crowd. He then had to take a ride in an ambulance, heading to the infield care center before going to victory lane.

His crashed No. 16 Chevrolet race car was towed back to the pits, too torn up to join him atop the unique rooftop victory lane celebration.

Allmendinger made contact Cindric on the final restart, allowing Justin Allgaier to move alongside. Allmendinger bolted to the bottom of the track in a three-wide battle for the lead and emerged with the top spot for his first Bristol win and the ninth Xfinity win of his career.

“That was crazy at the end. You’ve got a chance at the bottom and I slid into Austin trying to throttle up,” Allmendinger said. “Then into (turn) one, there was more contact. I expected to get run into. It happened in the previous corner. It’s frustrating to get hit that hard coming to the checkers, but we’re battling for the win. It’s Bristol, baby! This is what it’s all about.”

Cindric untangled himself from another three-wide battle with Allgaier and Riley Herbst and then charged his No. 22 Team Penske Ford toward the back of Allmendinger’s car. Cindric made contact coming off turn four, sending both cars spinning across the finish line, then slamming into the inside wall. Allmendinger’s car came back across the track, getting hit again in one of the wildest finishes in NASCAR history.

All total, seven cars were caught up in the accident as the race finished in overtime after 306 laps.

“He wanted to win really bad and I hate that it completely destroyed our Ford Mustang,” Cindric said. “I feel like maybe I shouldn’t have given up the bottom. It looks the 7 (Allgaier) got loose there and then AJ drove straight through us. Hey, a helluva race and I tried.

“I’m sure everybody in the grandstands tonight will remember this one. I certainly will. That’s two years in a row in this race that I feel like we should have won.”

Herbst survived the carnage to finish third in the No. 98 Stewart-Haas Racing Ford. Allgaier finished fourth in the No. 7 JR Motorsports Chevrolet with Brandon Jones taking fifth in the No. 19 Joe Gibbs Racing Toyota.

“That was fun. A lot of people using their bumpers out here tonight and what I expected just because it’s the regular season cut-off and playoff points are on the line,” Herbst said. “It got aggressive, but it was cool.”

Justin Haley, Harrison Burton, Myatt Snider, Sam Mayer and Daniel Hemric rounded out the top 10. Allgaier sought out his teammate Mayer to apologize after sending Mayer spinning in a battle for second place to set up the wild finish. Overall, there were 10 cautions for 72 laps.

Allgaier held off Hemric to win Stage 1 of the race. He appeared on his way to a Stage 2 victory, but contact with the lapped Joe Graf Jr. car sent Allgaier sliding sideways. Remarkably, he got the car back under control without crashing.

Hemric pulled away from Allgaier at the restart to win the second stage. Allgaier’s fortune soon changed when he and teammate Noah Gragson were caught speeding on pit road. However, he made the charge to the front for the strong finish.

The top 12 drivers in the Xfinity Series standings qualified for the playoffs.

Cindric and Allmendinger are tied atop the standings at 2,044 points. Cindric holds the tiebreaker with 5-4 wins. Allgaier, Gragson, Haley and Hemric are the rest of the top six.

Jesse Little, whose mother Donna is a Dobyns-Bennett graduate, finished 28th in the No. 78 Chevrolet. Knoxville driver Chad Finchum, a former Kingsport Speedway champion, ended 31st in the No. 61 Toyota.