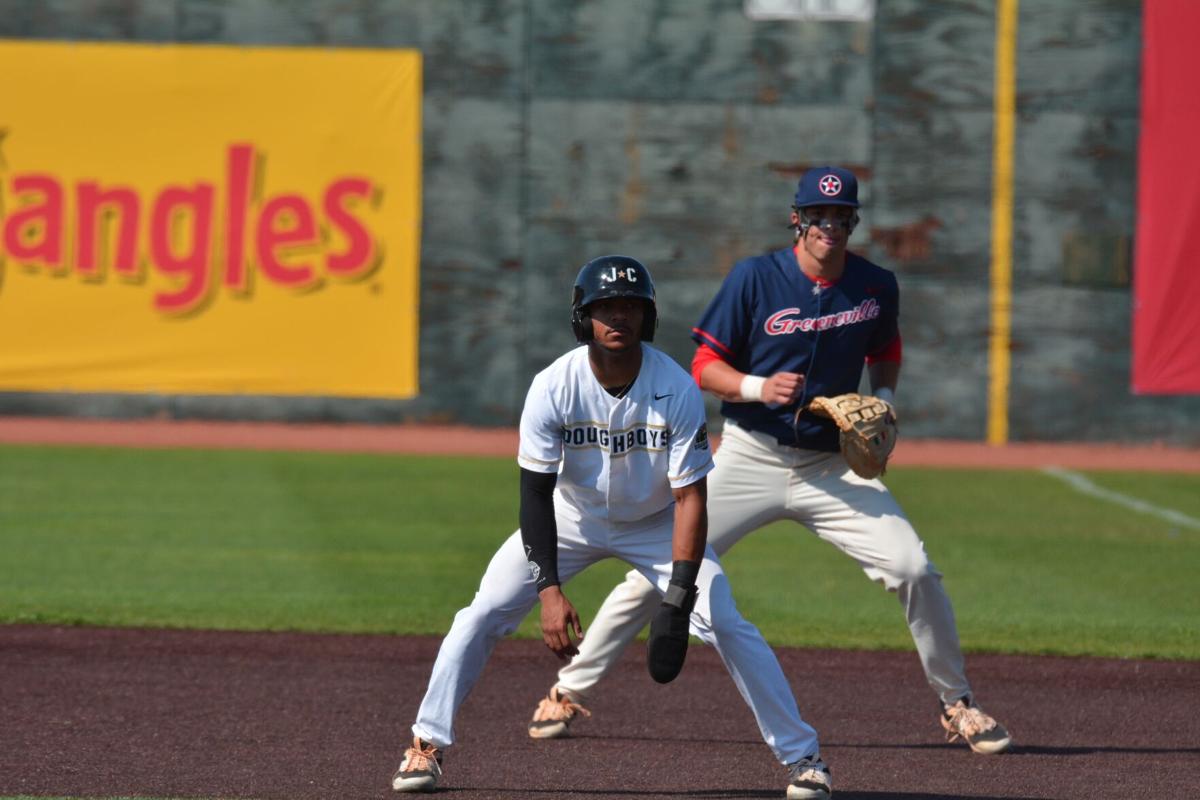 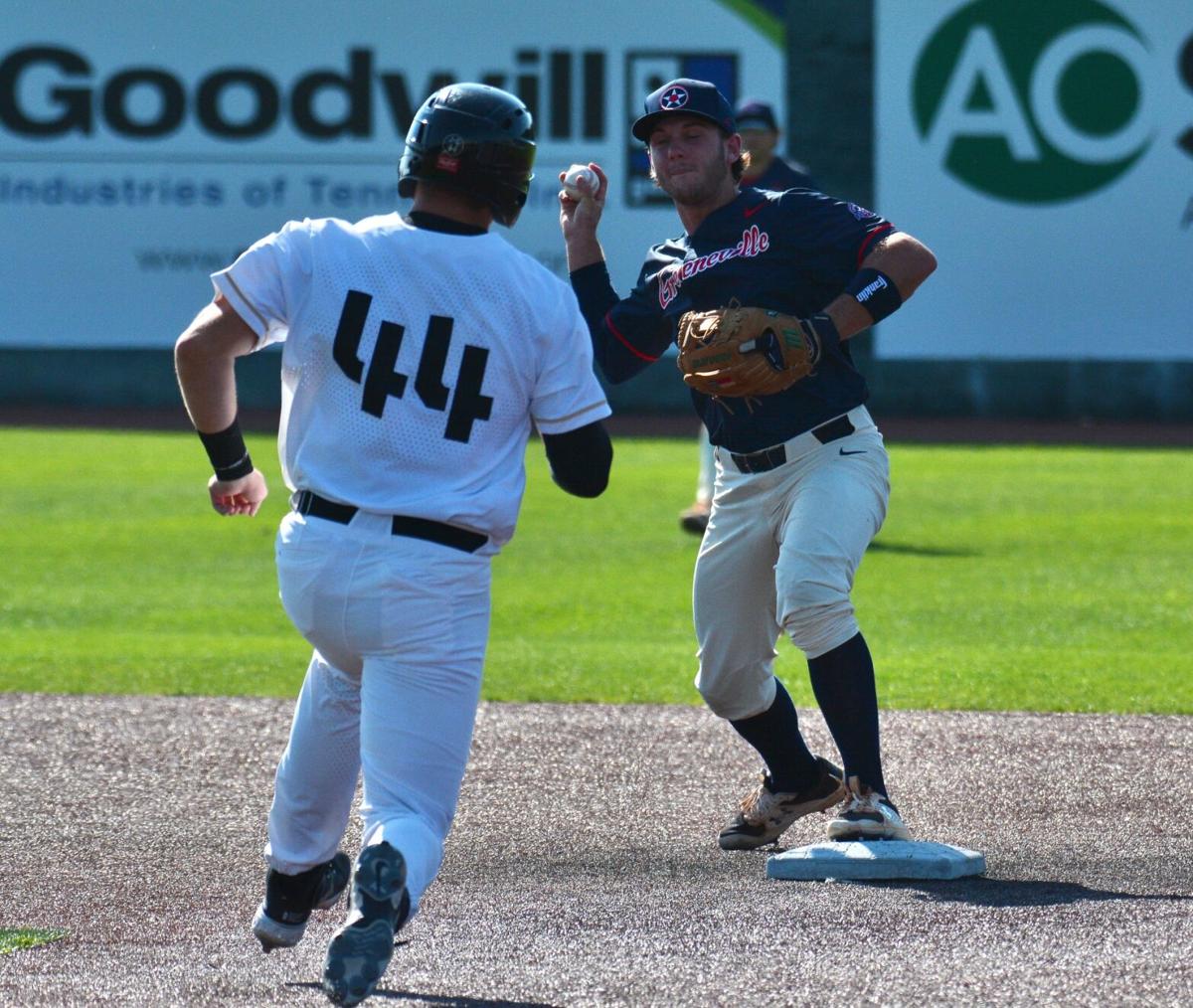 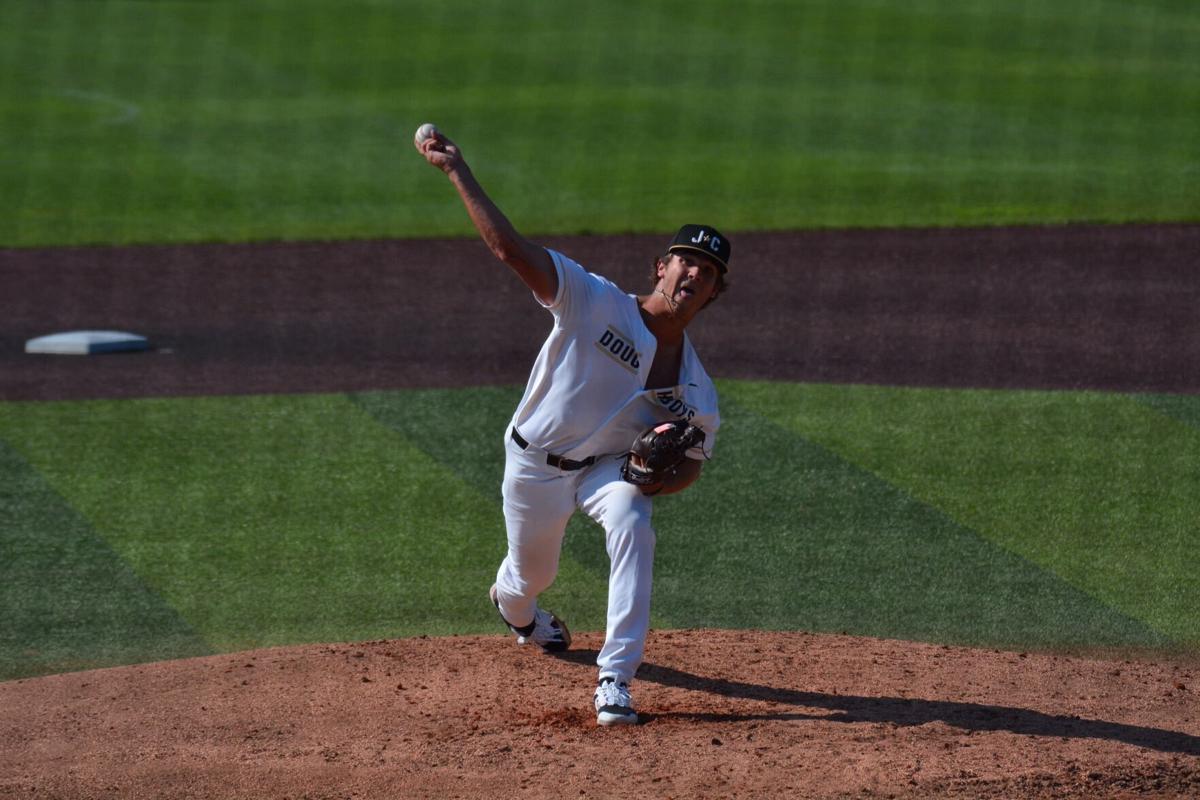 How dominant was Cameron Wagoner on Sunday night? During his four perfect innings, only one batter put a ball in play.

Waggoner and three relievers combined on a no-hitter as the Greeneville Flyboys beat the Johnson City Doughboys 4-1 in an Appalachian League game at TVA Credit Union Ballpark. The only thing that got to Wagoner was the pitch count as teams protect the young college players’ arms by limiting their time on the mound.

The Doughboys had four batters reach base — three walks and an error — and didn’t get a ball out of the infield in the seven-inning game.

Wagoner struck out 11 of the 12 batters he faced, including the first eight. The tall righty, who was 2-3 as a sophomore at Eastern Michigan this spring, threw 49 pitches, 37 of them for strikes.

Mason Turner came in and continued the strikeout barrage, striking out the side on 10 pitches in the fifth.

That made the official count 15 Johnson City batters, 14 strikeouts. Through five innings, Edwin De La Cruz’s third-inning groundout to shortstop was the only play the Greeneville defense had to make.

With a thunderstorm closing in, Logan Peterson was summoned to work the seventh for Greeneville. The Doughboys got two walks and had a batter reach on an error to load the bases with one out. Brady Cottom then drove in the Doughboys’ run with a groundout.

No Johnson City batters struck out after the fifth inning, giving the Greeneville staff a total of 14.

The combined pitching gem gave the Flyboys a doubleheader sweep. The Doughboys made six errors in the first game, a 15-6 Greeneville victory.

The sweep left the Flyboys at 6-3 and in first place in the West Division. Johnson City, which began the day tied for first, fell to 4-5.

Johnson City manager Rick Magnante didn’t hang around to watch his batters’ futility. He was ejected from the second game in the fourth inning for vehemently arguing about a play at the plate after Jake Dacunto scored on the back end of a double steal to make it 3-0.

Magnante didn’t go quietly or quickly, giving the umpire an earful as he slowly left the field.

Cherokee Nichols, the Doughboys’ first baseman, was ejected half an inning later for saying something from the dugout.

Two college teammates from UNC-Wilmington faced each other in the fifth inning of the second game when Greeneville’s Jack Croom singled up the middle off of Brett Banks. That drove in a run and made it 4-0.

It was a good thing that the error total for the home team was one of the malfunctioning columns on the scoreboard. It saved the Doughboys from seeing how shaky their defense was. Johnson City committed six errors, leading to seven unearned runs.

Homer Bush Jr. went 4 for 6 — he had six hits in the doubleheader — with two RBIs for Greeneville, while Chris Williams and Trevor Austin each drove in three runs. Cottom had a pair of run-scoring doubles for Johnson City.

While the Flyboys were taking advantage of all the extra outs and unearned runs the Doughboys were giving them, they had a couple of hits that no-doubters during a five-run sixth inning. Austin blasted a two-run homer over the left field wall and Jonathan Hogart had a two-run double off the center field wall.

After an off day Monday, the Doughboys return to action Tuesday with a home game against the Pulaski River Turtles. Greeneville plays host to Bristol on Tuesday.