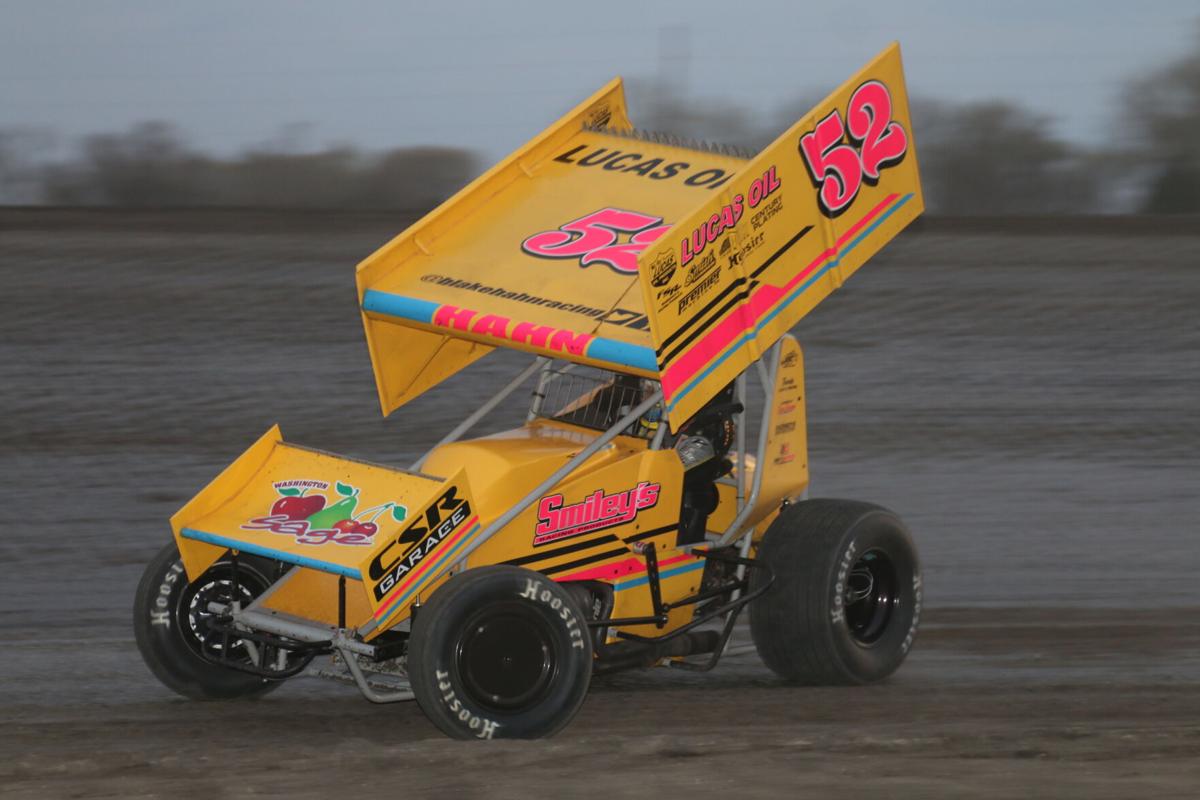 Fresh off a win in Michigan, Blake Hahn will be one of the favorites in Saturday’s Tennessee Spring Nationals for the American Sprint Car Series. 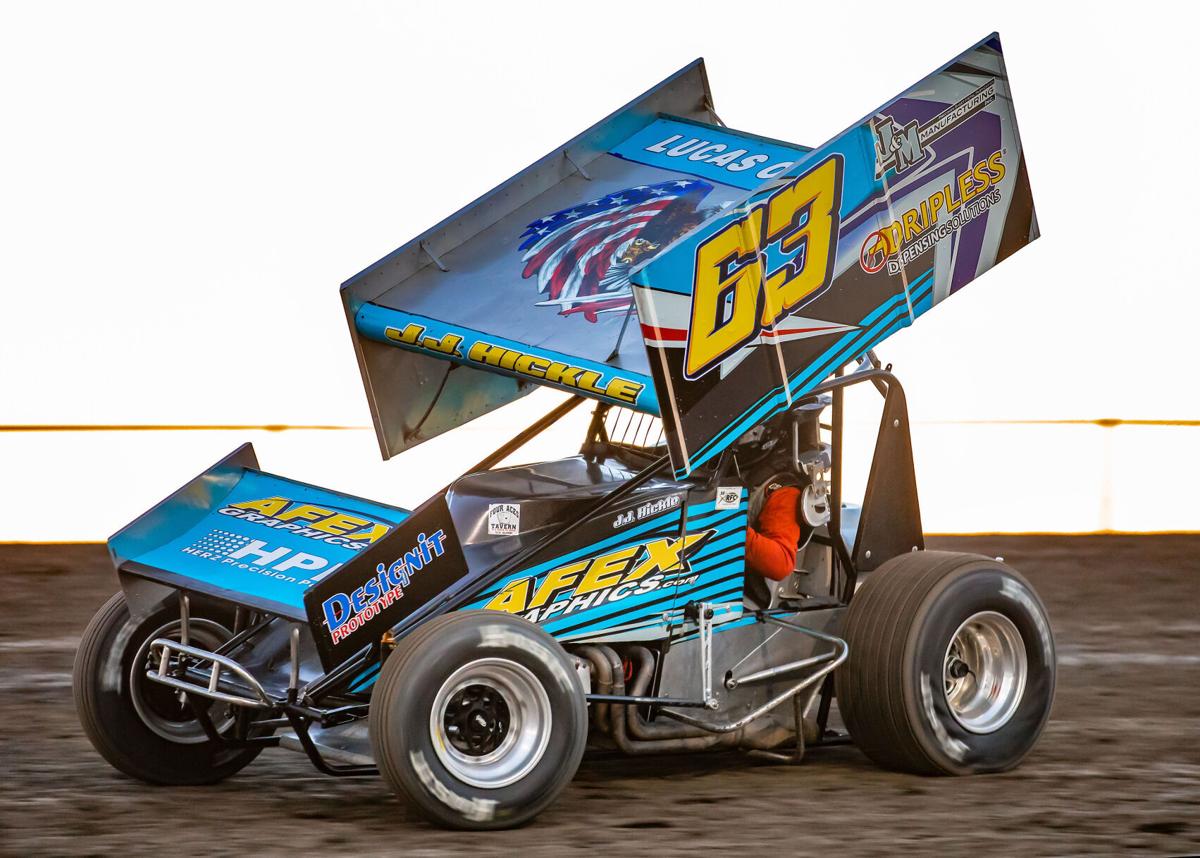 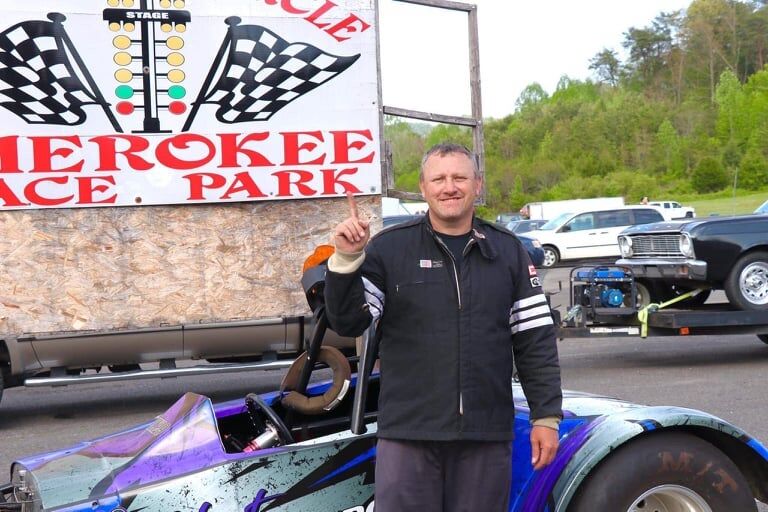 Fresh off a win in Michigan, Blake Hahn will be one of the favorites in Saturday’s Tennessee Spring Nationals for the American Sprint Car Series.

If you’re a fan of sprint car racing, you’re in luck. The same holds true if you like dirt late model racing.

For the first time this year in Northeast Tennessee, the winged sprints and late models will race on the same day Saturday at Volunteer Speedway.

There’s a rare treat as the track’s top two classes — the Crate Late Models and Sportsman Late Models — will also on tap. If you’re more of a fan of traditional stock cars, the Street Stocks are in action as well.

With all the dirt racing at Bristol Motor Speedway in March and April, there wasn’t a program featuring both sprints and late models at the same time. It’s a great opportunity to see the skills required to run up front in each type of race car.

NASCAR star Kyle Larson was among the winners on the ASCS tour in 2020, although he isn’t expected to race Saturday with Cup Series racing happening in Dover, Delaware.

Grandstands open at 5 p.m. with hot laps and qualifying starting at 7 p.m. followed by racing.

Despite a low car count in the top classes, there was plenty of action last Friday night at Kingsport Speedway.

Chase Dixon made his return to Kingsport by winning the first of twin 35-lap Late Model Stock features. Kingsport driver Brad Housewright scored his first-ever win on the 3/8-mile concrete oval in the second feature.

The most entertaining class is Pure 4, offering a car count typically ranging from 18-22 cars. Kenny Absher from Kingsport won last Friday’s race after four different drivers exchanged the lead over a handful of laps.

This week will be a return to the normal format with a 60-lap Late Model Stock feature headlining the action along with the Sportsman, Mod 4, Pure 4 and Pure Street classes.

There is also a full slate of go-kart races at the Kingsport Miniway scheduled for Saturday.

Weekly racing action is scheduled to return Saturday to the 3/8-mile asphalt track in Coeburn, Virginia. The Limited Late Models are the featured class along with Mod Street, Mod 4, Pure 4 and Pure Street.

The DER Bracket Series has its season opener this weekend at Bristol Dragway. There will be a test-and-tune scheduled Friday with races scheduled for Saturday and Sunday.

Jerry Hunt from Newport was the winner in No Box with hometown racer Keaton Lumpkins of Rogersville taking the Junior Dragster win.

Action returns to the 1/8-mile drag strip this weekend with a test-and-tune on Friday evening and another points race scheduled for Saturday.

The small community of Roan Mountain continues to make a big impact in the Hot Summer Nights Supercross Series.

Logan Barnett on a KTM won both the 450D and 250D classes at last Saturday’s races at I-81 Motorsports Park. Barnett had a 1-2 finish with fellow Roan Mountain rider Seth Birchfield in the 450 motos.

Memphis Scott from Johnson City finished second in the 250 race. Birchfield was also runner-up in the Unlimited D class.

Brandon Hughes from Roan Mountain was runner-up in both the 25+ and 30+ classes.

Mountain City riders Mason Luckett (51cc, Beginner) and Maddux Rhudy (51cc, Multi-Speed) were among the youngest winners with Aiden Dyer from Kingsport and Lucas Basinger from Jonesborough taking second in the respective classes.

Austin Milhorn from Limestone and Noah Roy from Jonesborough finished 1-2 in 85cc, Beginner. Zack Greene from Blountville (Unlimited B) and Logan Boomershine (ATV Amateur) were among the other winners.

A pair of riders who cut their teeth on the local tracks have risen to the very top of the motocross world.

Abingdon rider Zach Osborne was injured during the Supercross season. He is scheduled to return for the outdoors season as the defending champion of the Lucas Oil AMA Pro Motocross 450 class.