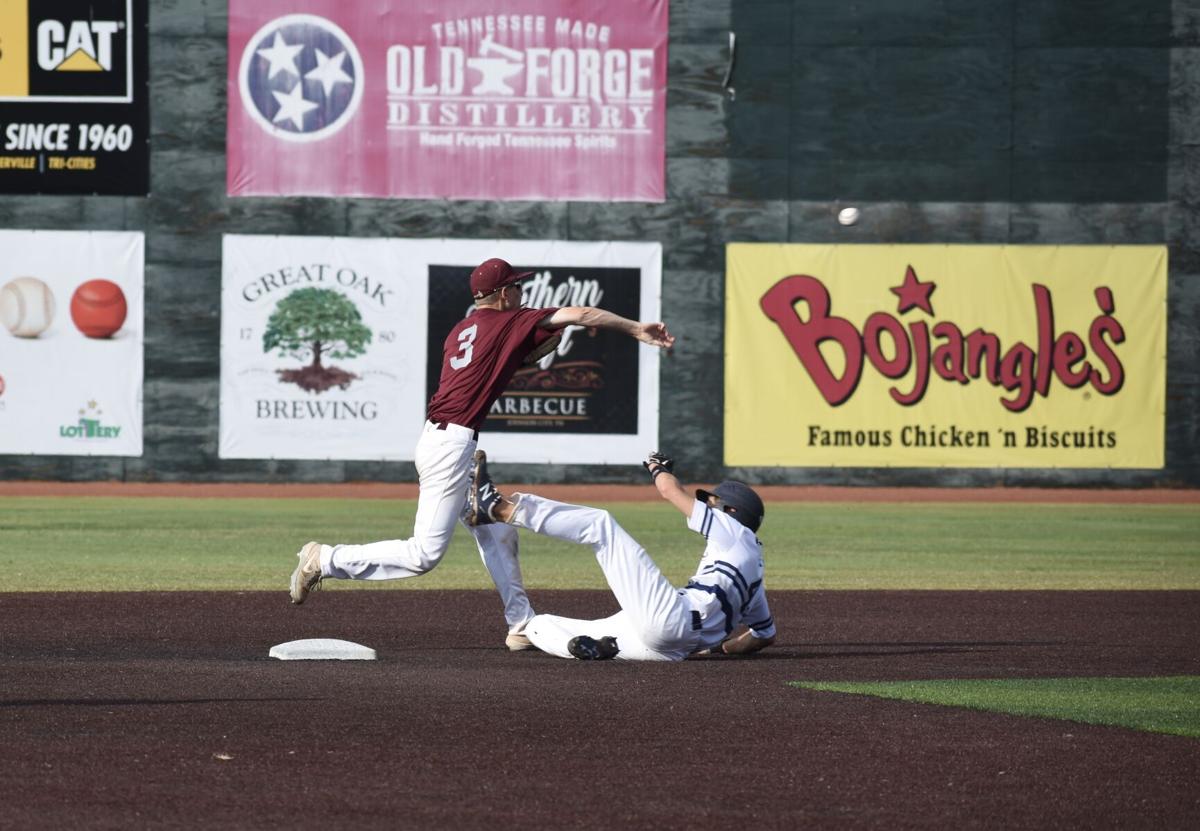 A-Town Falcons Chas Hungate slides into second base as Team Whited‘s Isaac Hale throws on to first base. 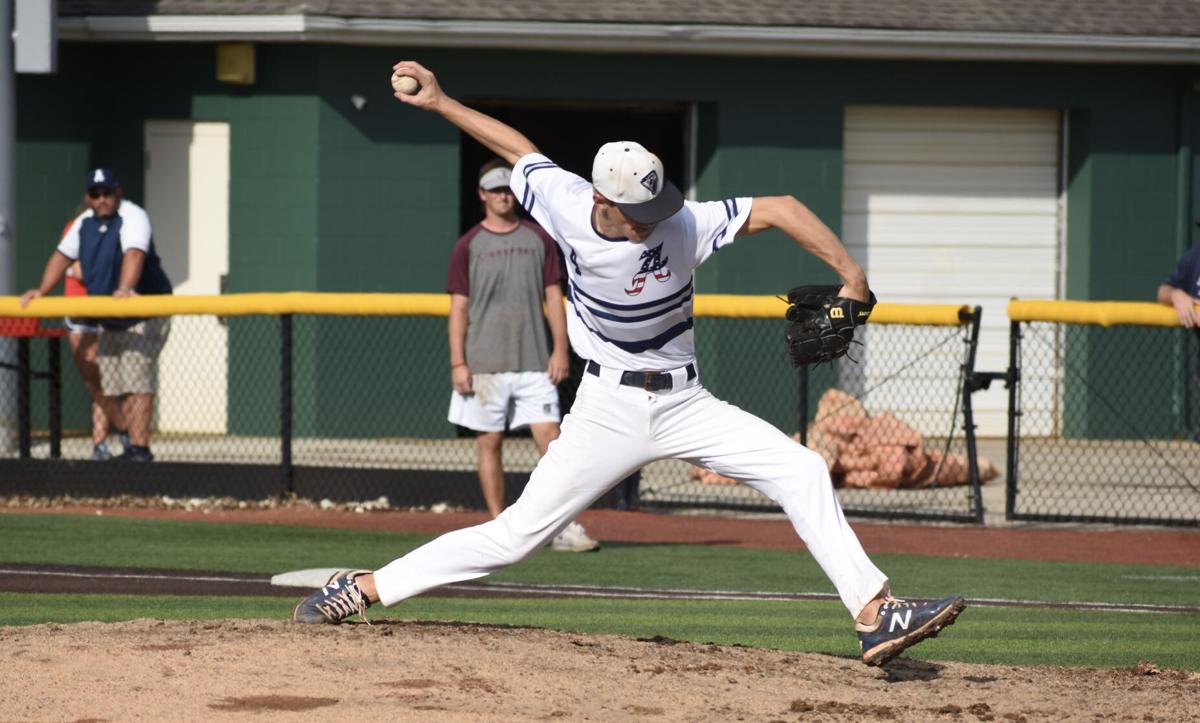 A-Town Falcons Chas Hungate slides into second base as Team Whited‘s Isaac Hale throws on to first base.

The brilliant pitching of Abingdon’s Chase Hungate held the Tribe in check with eight strikeouts in six innings on 93 pitches.

The Falcons racked up nine hits and piled up seven runs in the opening two frames.

Every member of the Abingdon team, except leadoff man Luke Francisco, registered a hit.

The highlight of the night for Abingdon came from the nine-hole hitter Will Jennings, who hit a no-doubt, three-run home run over the left field wall in the bottom of the fourth.

Whited was uncharacteristic with five errors and only mustering five hits.

The A-Town Falcons will meet the (Tennessee High) Vikings in the best-of-three series beginning Thursday afternoon at 5 at Cardinal Park. The second game will follow and the if-necessary game will be Monday.

Brayden Blevins twirled a gem for the Vikings (Tennessee High) in a minor upset over the Demons (Greeneville), posting a complete game, four-hit shutout.

His 11-strikeout performance along with Garrett Cross’ two-run double in the sixth pushed the Vikings into the finals.

Tennessee High was able to open the floodgates in the second frame with back-to-back Demons throwing errors.

No one for Greeneville was able to amass multiple hits.

In the sixth, the Demons were able to load the bases with two outs and No. 7 hitter Weston Brooks up at the plate, but he struck out to end the inning.

The Vikings drew seven walks and strung together a good series of hits in the sixth. It started with C.J. Henley and Austin Mann hitting back-to-back singles up the middle and then Cross came in with his bases-clearing double.

The winner of the best-of-three finals will take on the top seed from the Western Division in the Sevier County Cavaliers, who handily won the regular season, going 11-1.