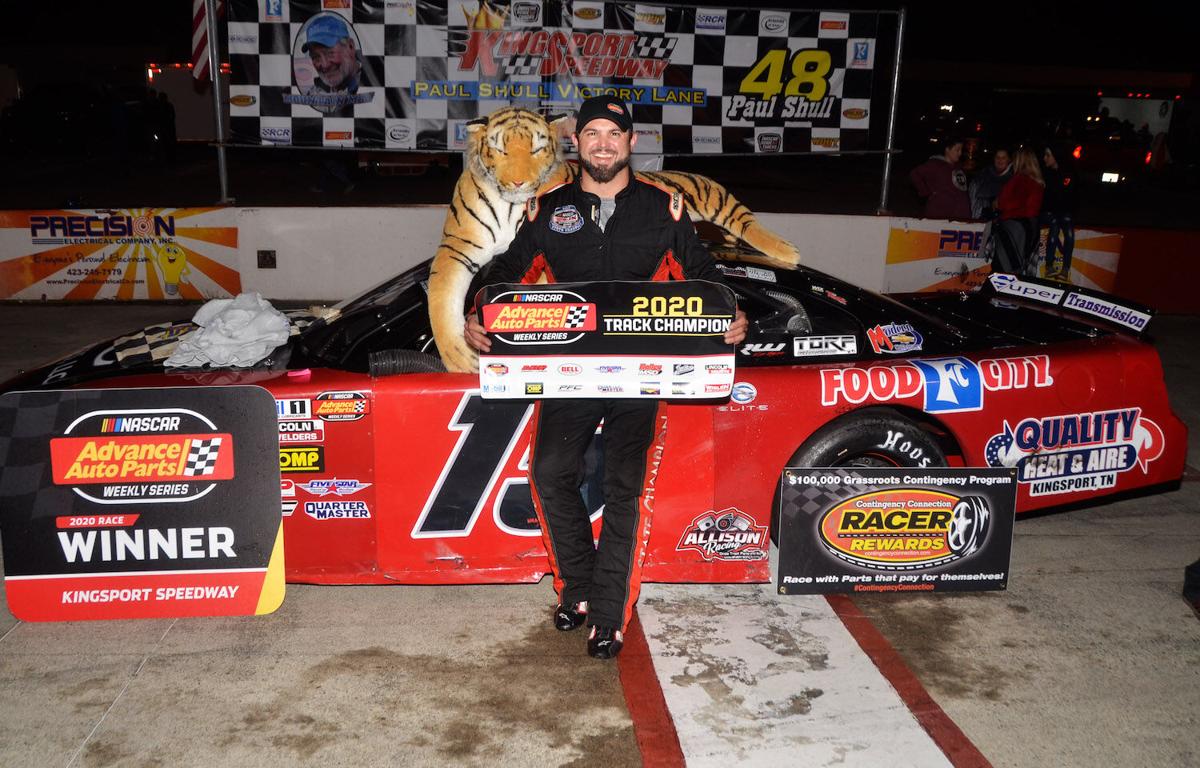 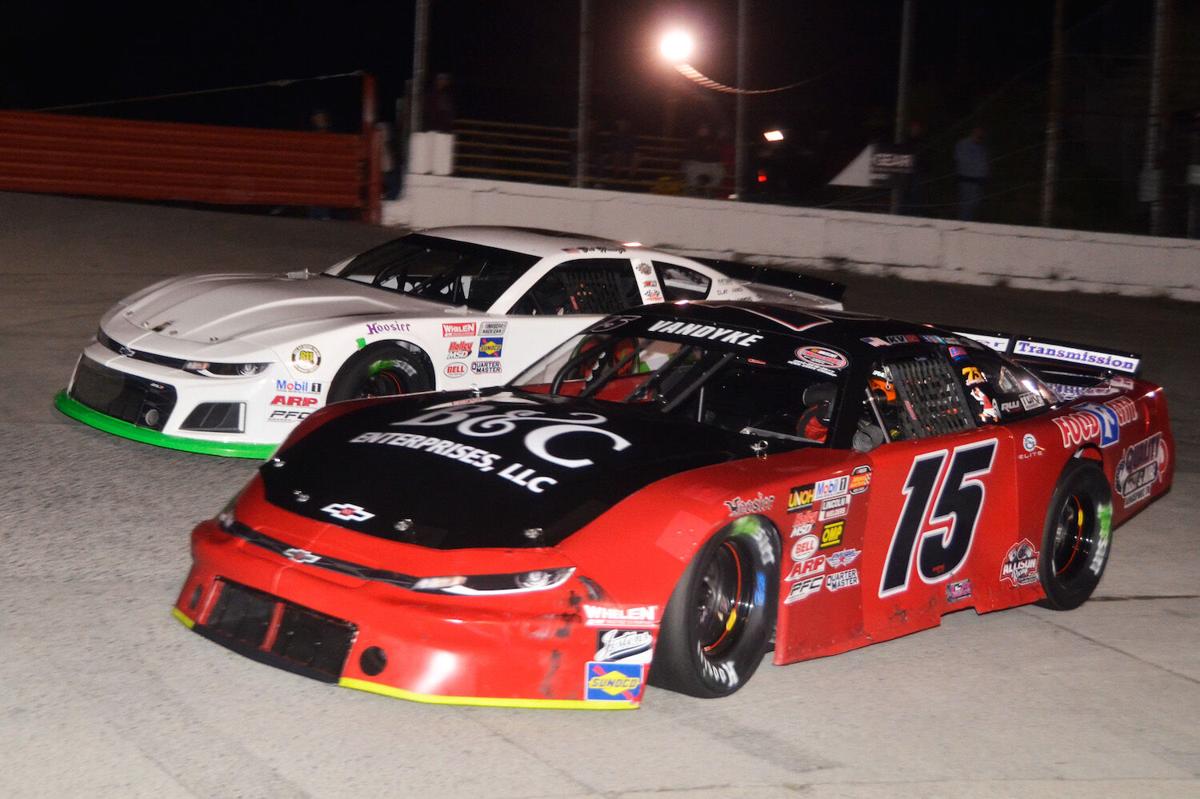 Kres VanDyke (15) passes Brad Housewright on the inside to take over second place on his way to winning Friday’s Late Model Stock feature at Kingsport Speedway.

Kres VanDyke (15) passes Brad Housewright on the inside to take over second place on his way to winning Friday’s Late Model Stock feature at Kingsport Speedway.

Williams returned the favor and got into VanDyke’s red No. 15 Chevrolet on the final lap. However, VanDyke maintained control and held on to win his 15th consecutive race at the 3/8-mile concrete oval and his 16th win of the season.

“To come down here and do what we’ve done this year has been unreal,” said VanDyke, who had clinched the season championship prior to Friday night. “We started third behind (Brad) Housewright and was a half-straightaway behind when I got around him. We kept charging hard and ran him (Williams) all the way down.”

VanDyke had extra laps to chase down Williams with it a special 75-lap race instead of the usual 60-lap feature.

Williams, who won the 2019 track championship, was denied a win in the 2020 season. Housewright finished third behind the lead duo.

Derek Lane took the Sportsman victory after leader Kyle Barnes fell out with engine trouble on lap 21. Jenna Wagner finished a career-best second on the Kingsport track with Rusty Clendenin third. It was Lane’s third win of the season in the black No. 28 Chevrolet, while Barnes rolled to the track championship.

Kevin Canter’s undefeated streak in Mod 4 came to an end when he was black flagged for having three crew members on the track during a caution. Dennis Arnold, who had seven runner-up finishes on the season, took advantage to score the victory. Billy Duty finished second and Bobby Talbert was third.