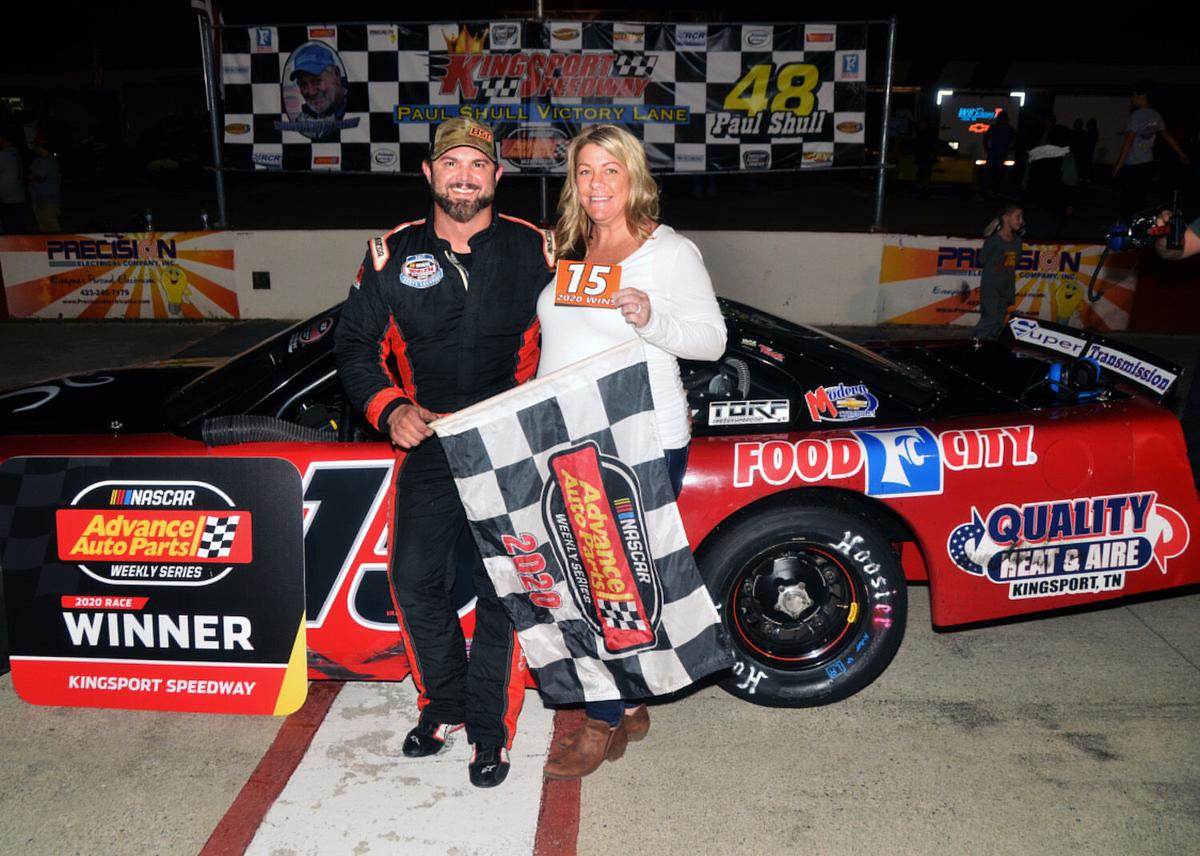 Kres VanDyke and wife, Erin, celebrate his 15th win of the season at Kingsport Speedway on Friday night. 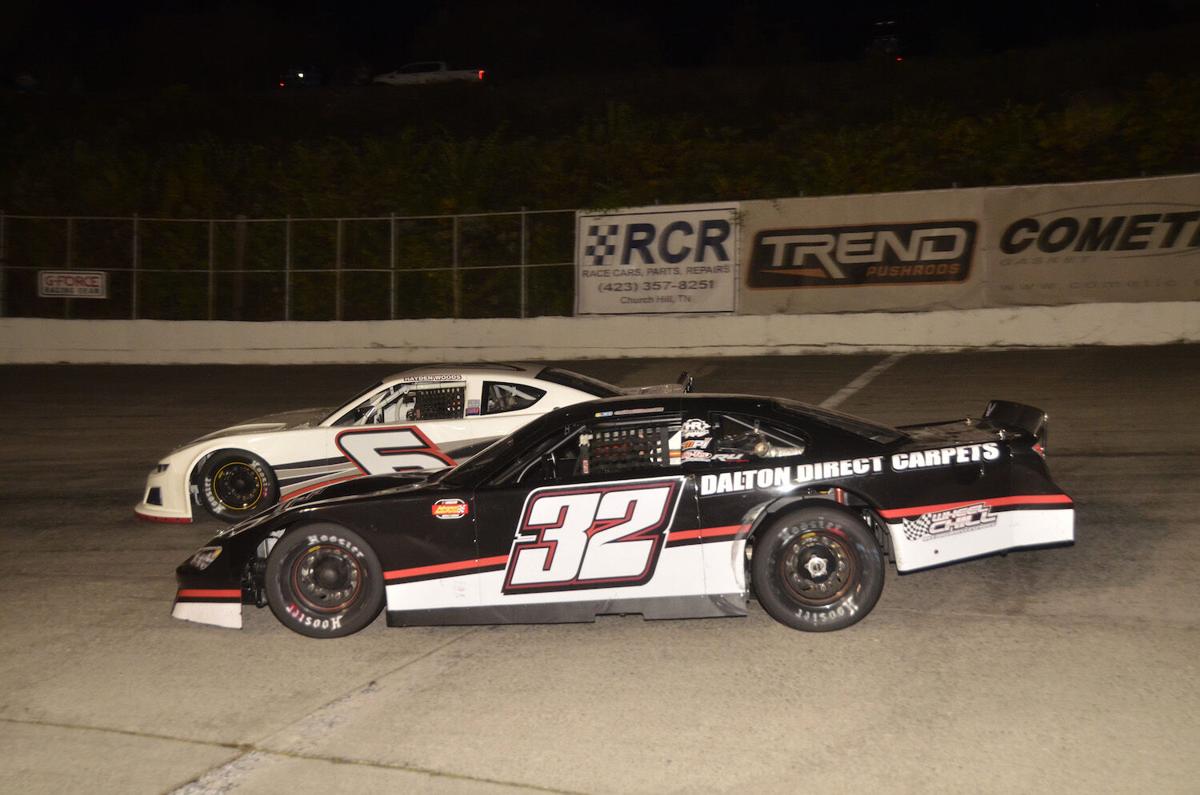 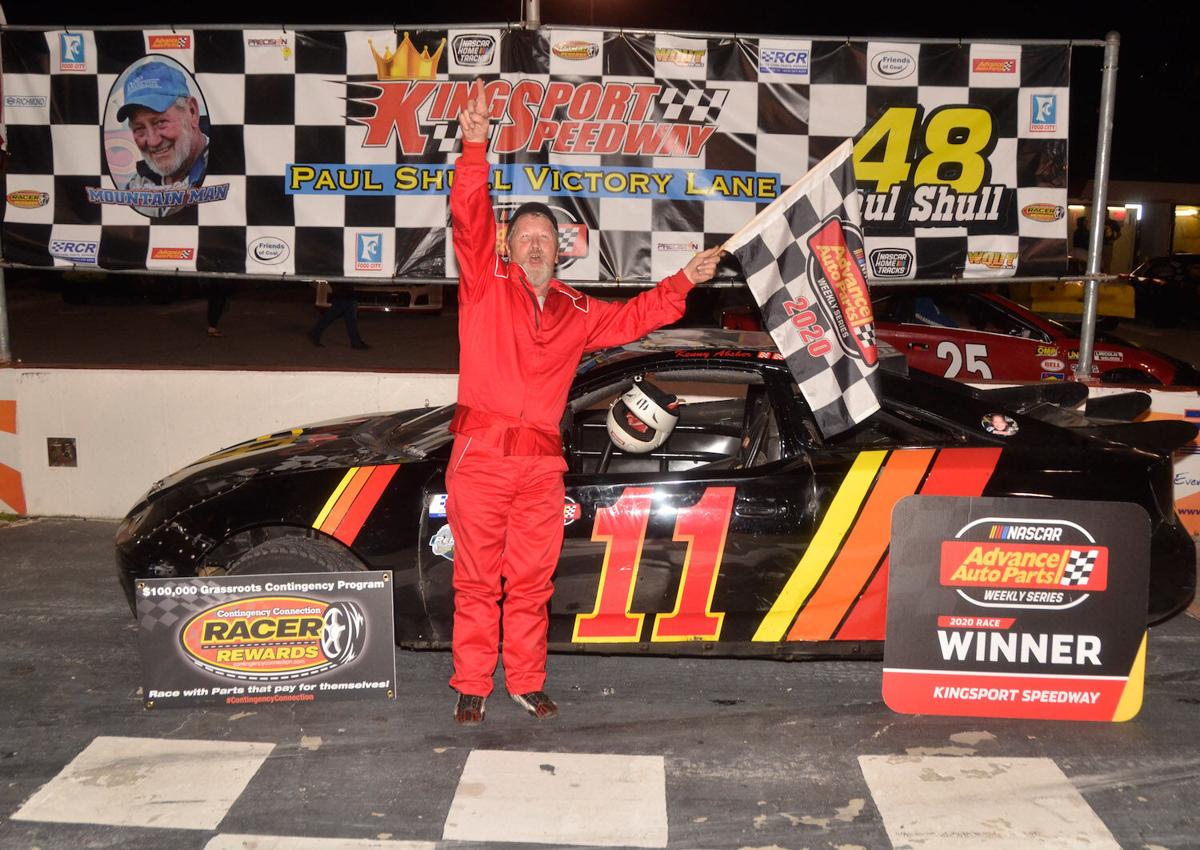 A jubilant Kenny Absher celebrates his win in the Pure 4 class. 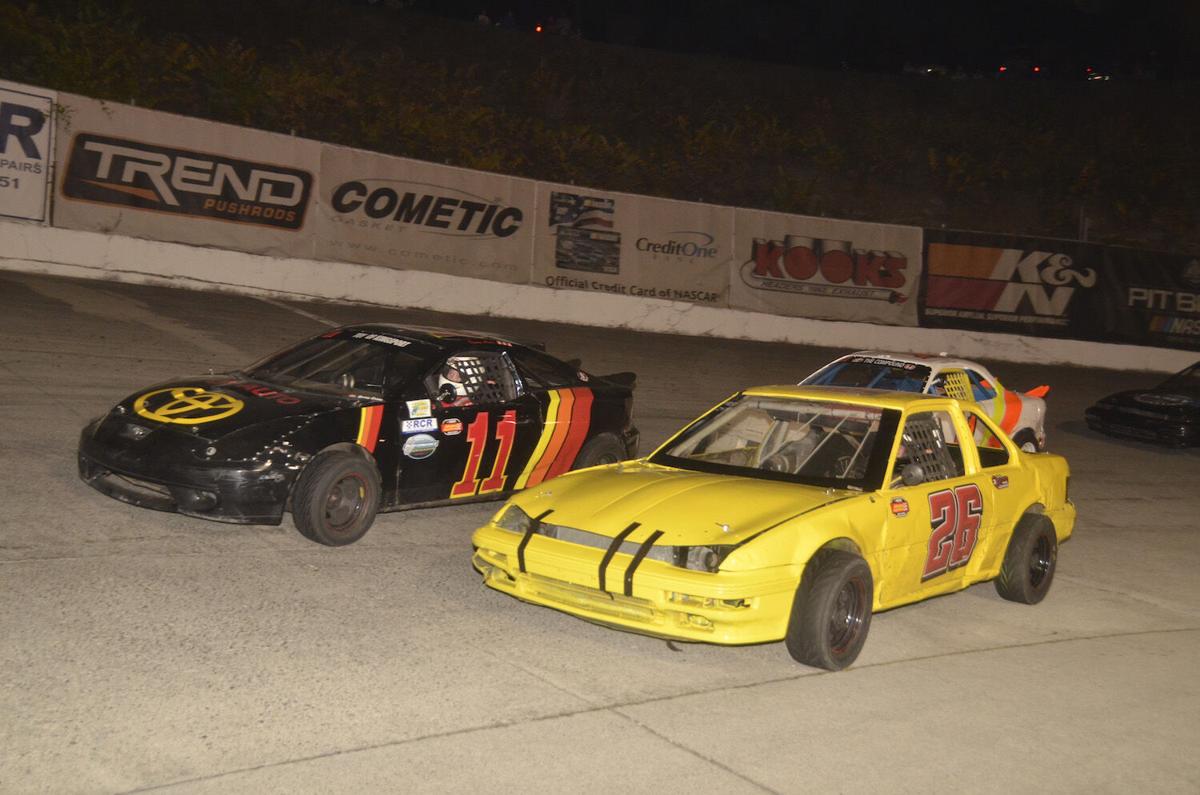 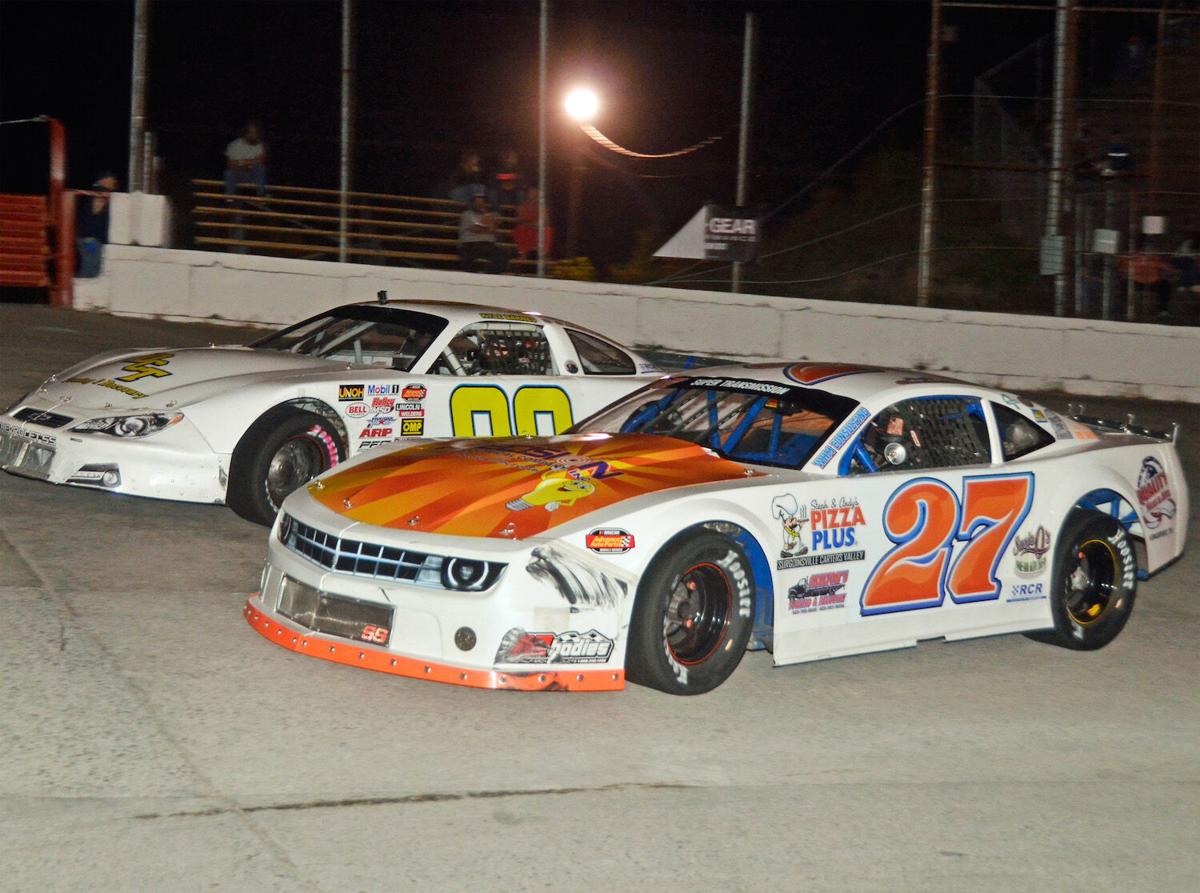 Kyle Barnes (00) goes to the outside of Rusty Clendenin (27) during Friday's Sportsman feature at Kingsport Speedway.

Kres VanDyke and wife, Erin, celebrate his 15th win of the season at Kingsport Speedway on Friday night.

A jubilant Kenny Absher celebrates his win in the Pure 4 class.

Kyle Barnes (00) goes to the outside of Rusty Clendenin (27) during Friday's Sportsman feature at Kingsport Speedway.

The Abingdon, Va., driver extended his record with a 14th consecutive Late Model Stock victory on the 3/8-mile concrete track. It was his 15th win overall, breaking the previous record for overall wins in a single season set by his crew chief Wade Day in 2000.

VanDyke had to work hard the first part of the 60-lap feature. He drove his red No. 15 Chevrolet to the lead after a lap-17 caution. Once out front, there was no getting back by VanDyke, who has wrapped up his third track championship.

Hayden Woods took second place in his No. 6 Chevy after battling much of the race with Nik Williams. Mechanical issues plagued Williams, who suddenly slowed and pulled into the pits. In his absence, Woods motored to the runner-up spot.

Brad Housewright, who started on the pole, finished third. He and Wayne Hale ran side-by-side the opening two laps before Housewright took the lead. Housewright stayed up front until a nudge by Hale’s Toyota allowed both Hale and Woods to get by.

Housewright recovered to finish third in his Chevy, followed by Hale in fourth. Keith Helton in a Ford rounded out the top five.

Kyle Barnes and Derek Lane thrilled the speedway crowd with an exciting battle for the lead. With $500 going to the winner of the race, Barnes found his way out front with the No. 00 Chevrolet.

Barnes reached double digits with his 10th win of the season. Lane raced to the runner-up finish while Rusty Clendenin, Jenna Wagner and Austin Brooks filled the third-through-fifth positions.

Kevin Canter kept his perfect record for the season intact, capturing his 12th win, but it didn’t come easy.

Canter was driving his grandfather Hershell Robinette’s No. 9 Ford for the second straight week as his own No. 3 car undergoes repairs.

Canter made his winning pass of second-place Dennis Arnold with just three circuits remaining in the 30-lap race.

Arnold motored on to finish second with Billy Duty, Tristen Barnes and Chris Amburgey making out the rest of the top five.

Kenny Absher worked his way around John Ketron for the lead and later held off his teammate Billy Byington to capture his fourth win of the season.

Rob Austin held off Tony Dockery to take his fourth win of the season. Dockery finished second and Jay Swecker was third. Billy Walters and Brian Eggers rounded out the top five.

Championship Night is set for Friday night with all five divisions set to be in action. A 75-lap feature for the Late Model Stock class headlines the program.