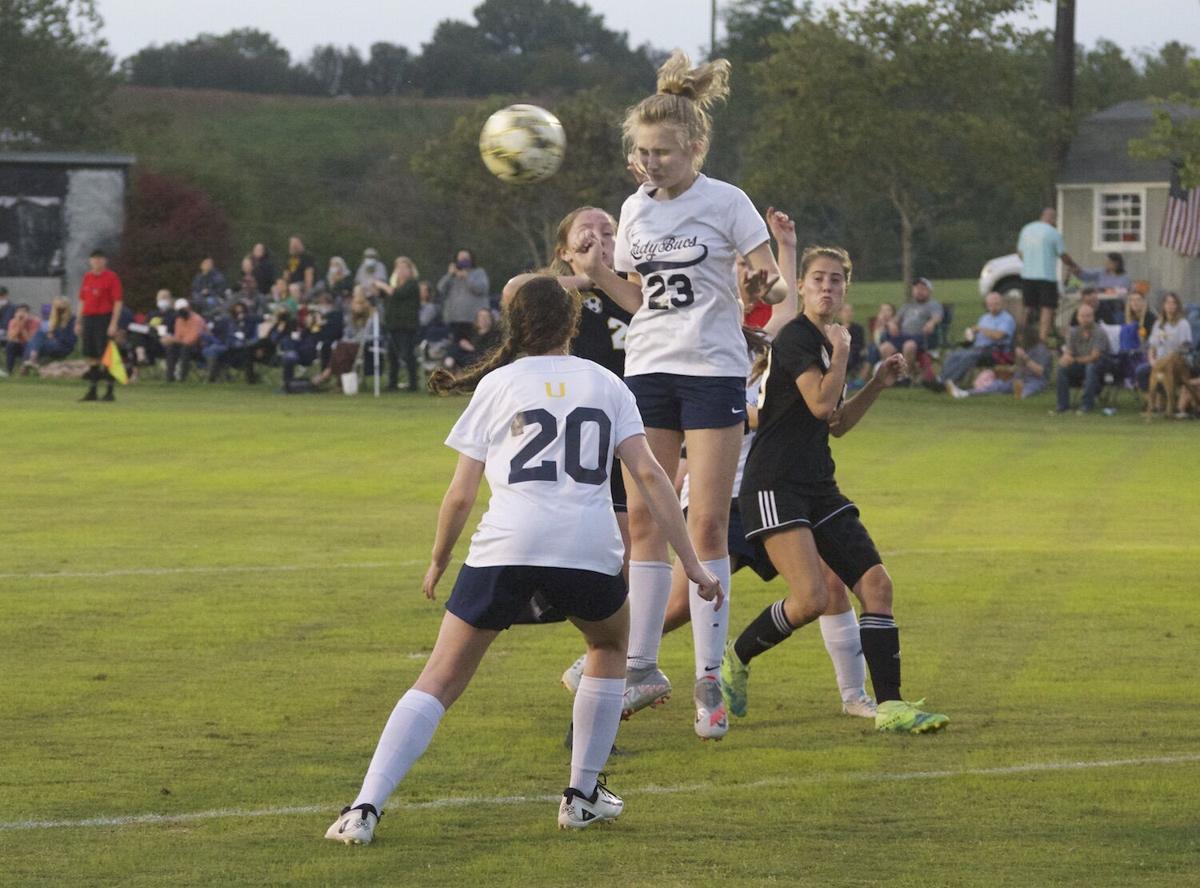 University High’s Ellie Ledbetter (23) heads the ball off a corner kick in the first half. 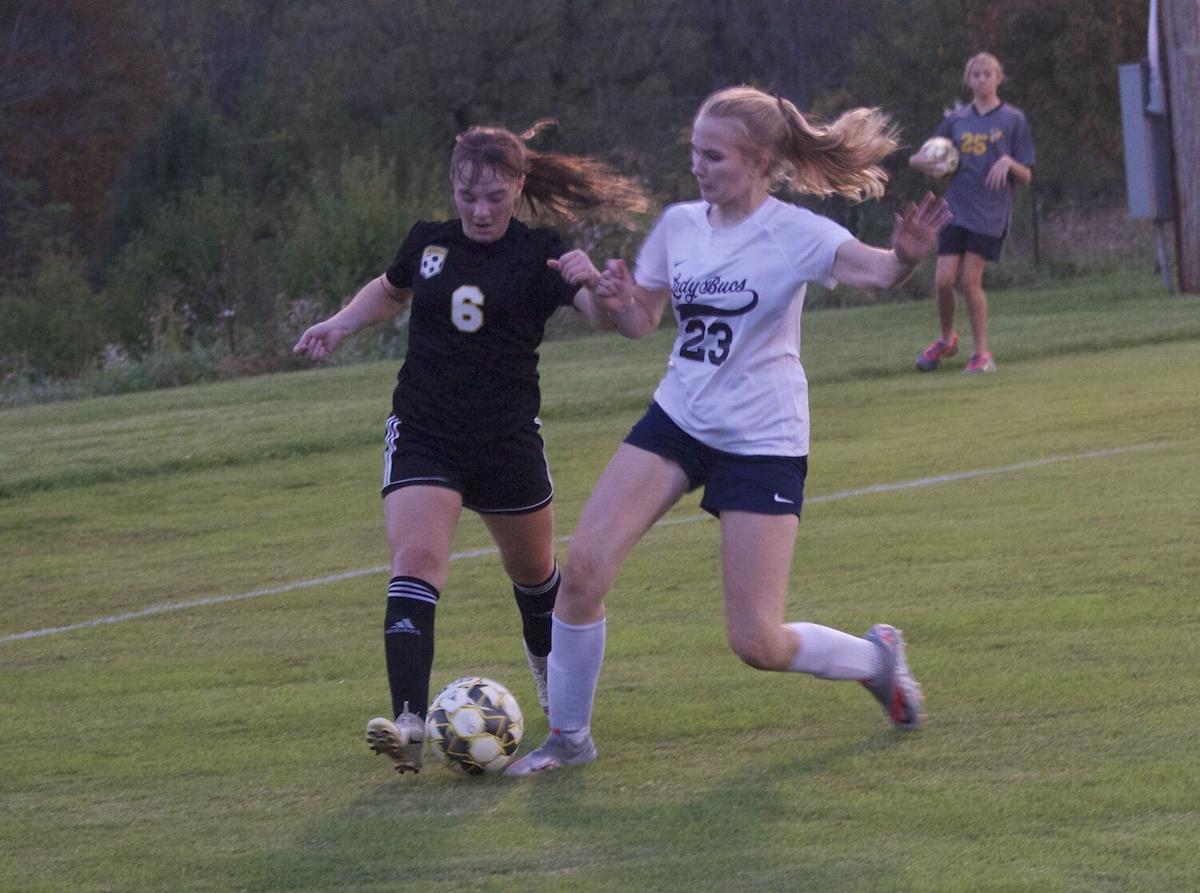 Chuckey-Doak's Jessica Morrison (6) and University High's Ellie Ledbetter (23) battle for possession in the first half. 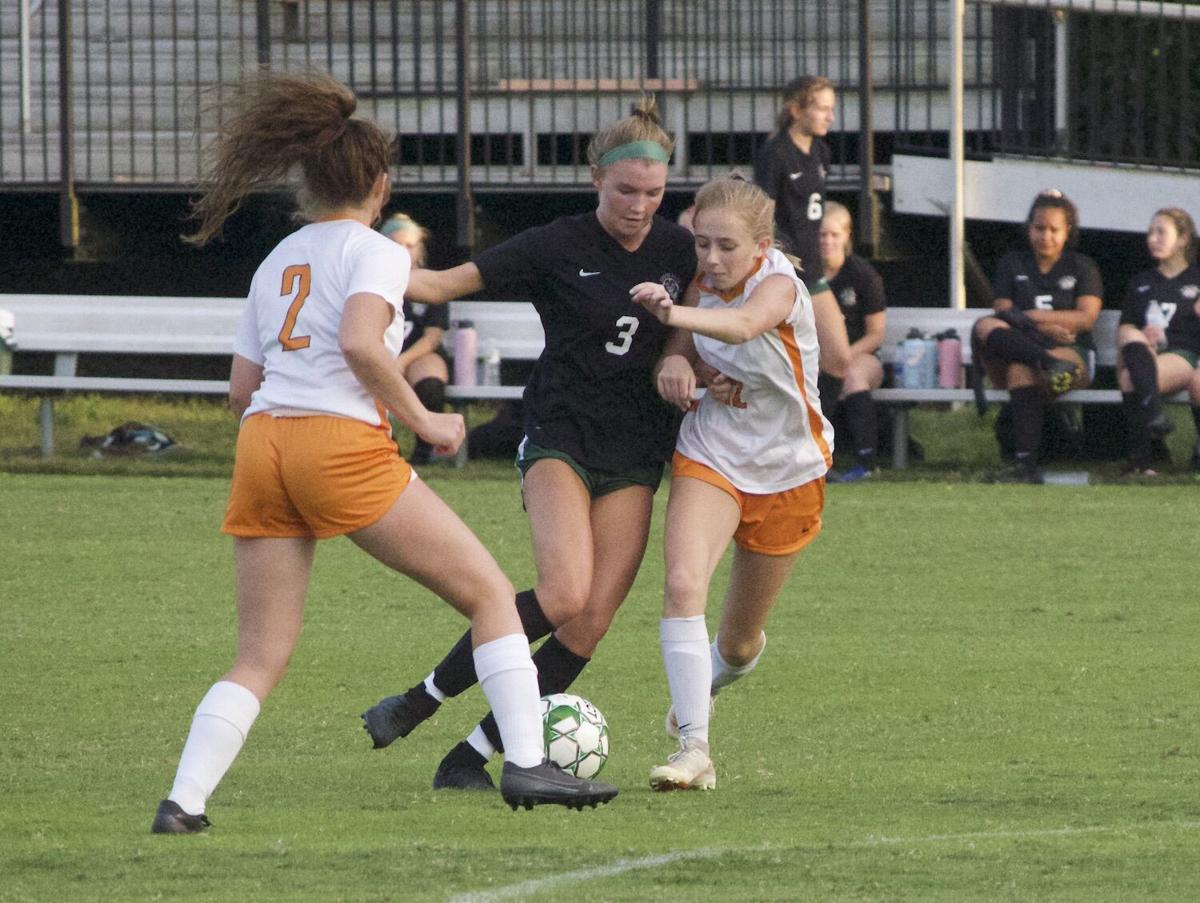 Sullivan Central's Emma Niebruegge (2) and Jessie Lange (12) try to slow down Greeneville's Lindsey Cook (3) in the first half. 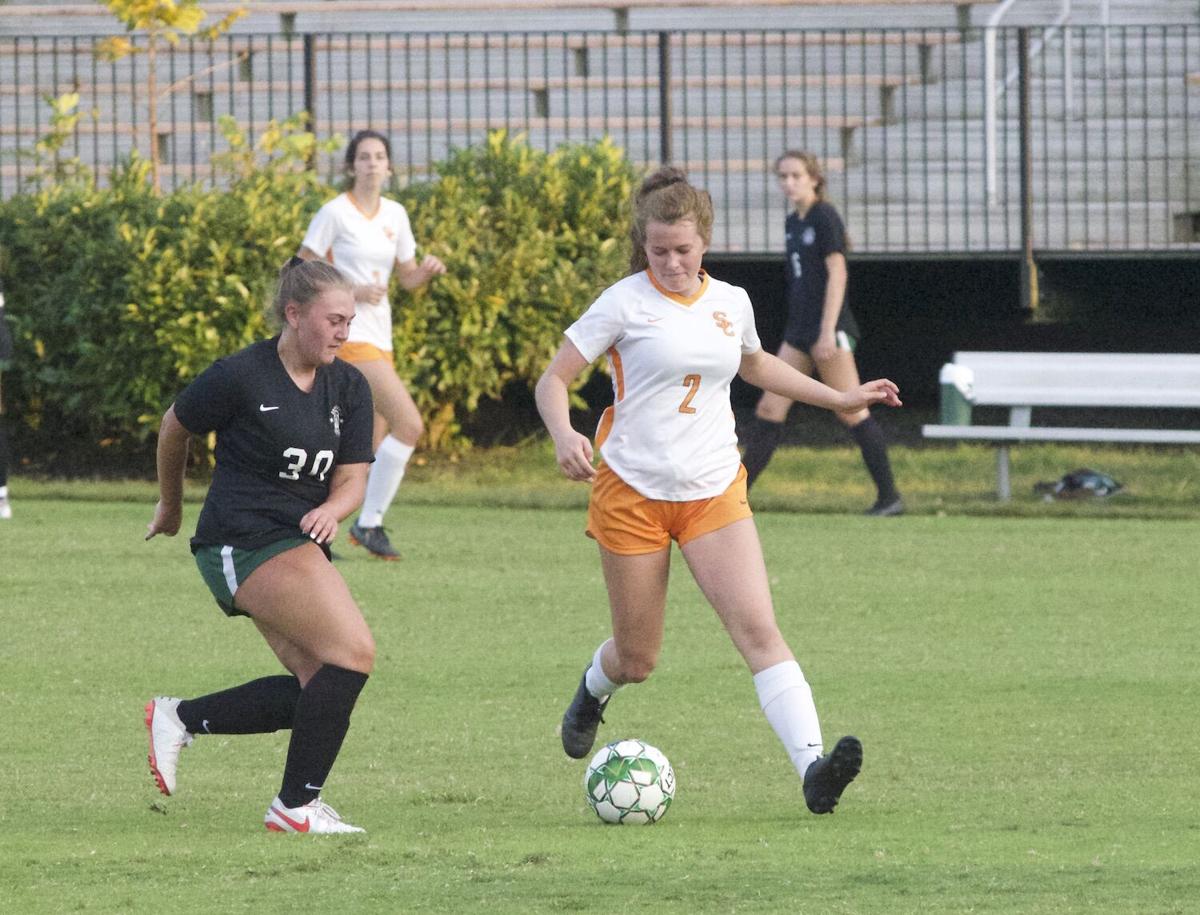 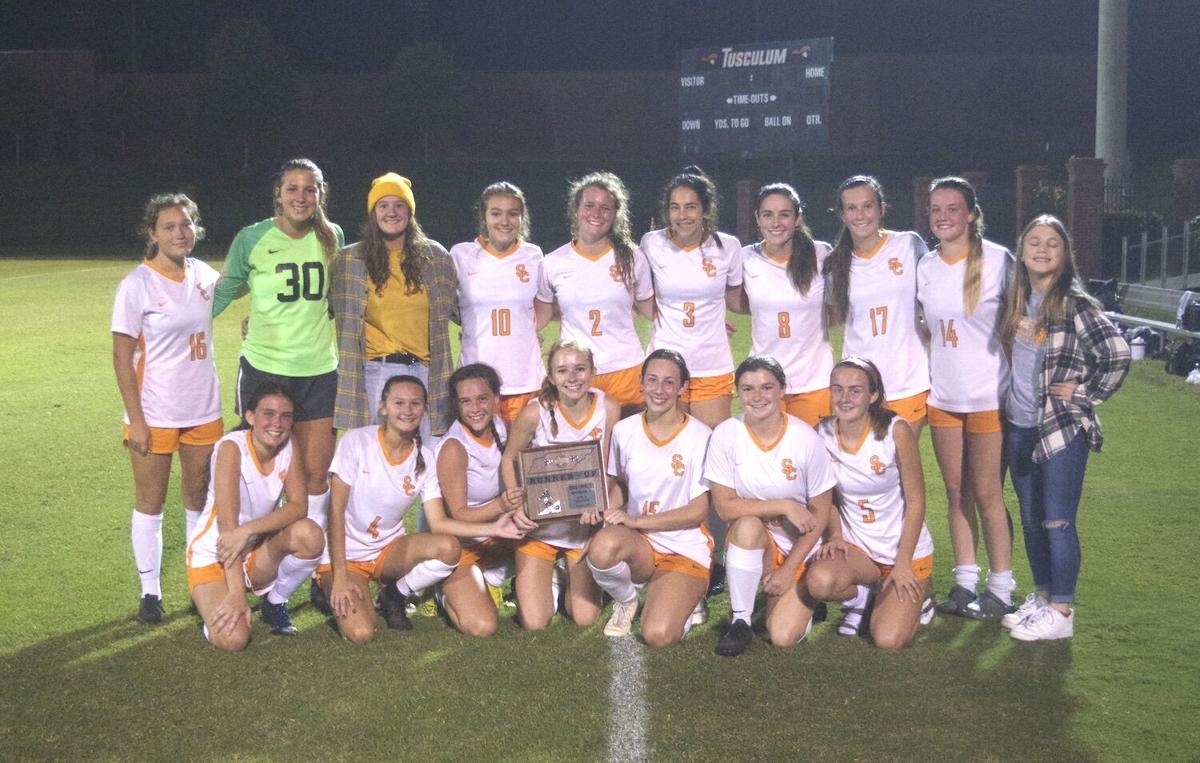 University High’s Ellie Ledbetter (23) heads the ball off a corner kick in the first half.

Chuckey-Doak's Jessica Morrison (6) and University High's Ellie Ledbetter (23) battle for possession in the first half.

Sullivan Central's Emma Niebruegge (2) and Jessie Lange (12) try to slow down Greeneville's Lindsey Cook (3) in the first half.

GREENEVILLE — The District 1-AA and 1-A girls’ soccer titles are staying in Greene County.

Defending state champion Greeneville rolled to an 8-0 win over Sullivan Central in Thursday’s District 1-AA final at Tusculum University. Five miles up the road, Chuckey-Doak captured a 3-0 home win over University High for the District 1-A championship.

Lindsey Cook scored four goals, all in the first 28 minutes of the match to lead the Greene Devils to the 1-AA title. Macy Vermillion assisted on two of the first three goals for Cook. Tanna Bookhammer had a goal and an assist, while Anne Marie Konieczny also scored as Greeneville led 6-0 at the half.

Greeneville had goals by Kaitlyn Adkins and Olivia Norris in the second half. However, Central fought hard over the final 15 minutes to fend off the mercy rule and keep playing to the final horn.

“Greeneville has a phenomenal program, winning the state last year and having a good chance to go far again this year, but our girls never give up,” Central coach Emily Robinette said. “You couldn’t tell the score by the way they played. That’s what I love about them, their tenacity and how they don’t give up.”

It was a busy night for Central goalkeeper Jaelyn West as Greeneville totaled 16 shots on goal. Robinette also lauded the efforts of Adeline Ensley, Loren Hensley, Jessie Lange, Chipi Hamelryck and Emma Niebruegge for being determined to play to the end.

“The game went how I thought it would. We tried our best, tried our hardest and hopefully, it will prepare us for our next game,” Robinette said.

The Lady Cougars will head to Seymour next week in the Region 1-AA semifinals.

Madison Marion scored on a direct kick in the first minute and off an assist from Jessica Morrison in the 31st minute to lead the Lady Knights over the Lady Bucs.

Marci Merrill won the ball from UH defenders in the 26th minute, turned and fired for the game’s other score.

University High coach Ryann Williams was encouraged that her team was able to play even over the final 40 minutes.

“The second half was 0-0, so I feel like we took the momentum from yesterday (an 8-0 win over West Greene) and came forward,” Williams said. “We got stunned with the direct kick and it set us back a little, but the second half, we realigned and got back into our game.”

UH will head to Alcoa for its Region 1-A semifinal.