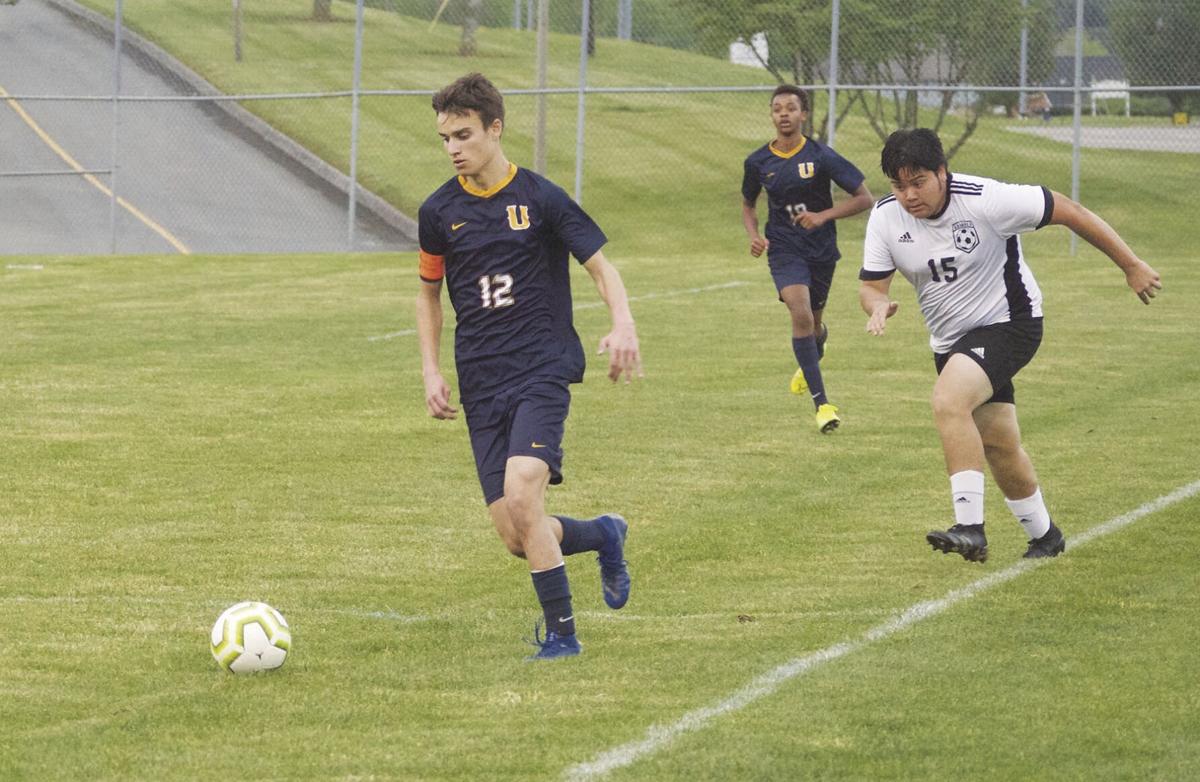 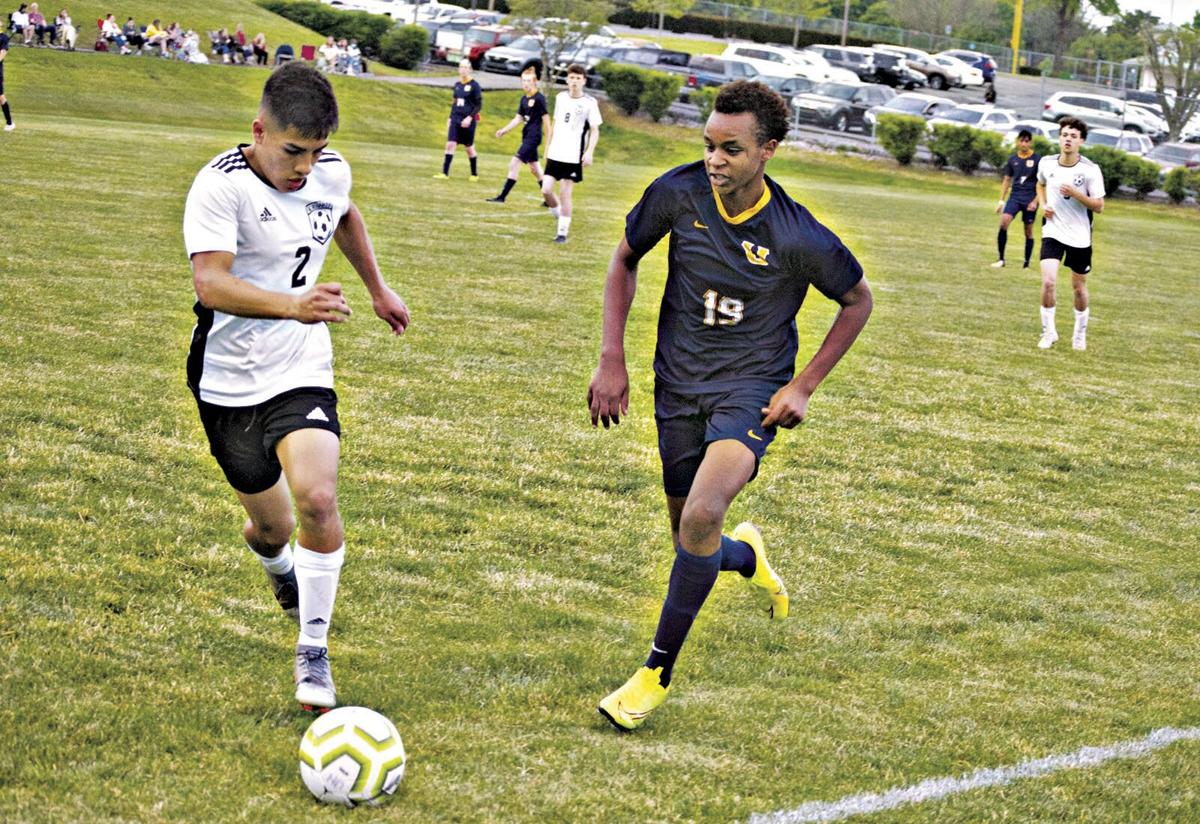 University High’s Abel Pate (19) and Chuckey-Doak’s Roberto Vazquez (2) try to gain possession of the ball in the second half of Tuesday’s match.

University High’s Abel Pate (19) and Chuckey-Doak’s Roberto Vazquez (2) try to gain possession of the ball in the second half of Tuesday’s match.

Andrew Jarvis scored two goals in the first 90 seconds of the second half and assisted on a goal two minutes later to lead University High to a 4-2 soccer victory over Chuckey-Doak on Tuesday at Winged Deer Park.

Jarvis scored the first goal literally seconds into the second half as Pate Anglin placed the ball right in front of the net. His second goal a minute later was unassisted, coming as a result of his hard work to outhustle the Chuckey-Doak defense for possession of the ball.

He assisted on the Bucs’ final goal with a cross which Bracken Burns finished in the 44th minute.

“I had a rough first half and hadn’t played well,” Jarvis said. “I turned it on and got going in the second half. It feels good to win the regular-season title. Two years ago, they took it from us and it feels good to get it back.”

Chuckey-Doak (4-6-1, 1-3) got a goal from Ethan Grindstaff off an assist from Isaiah Treadway from a 1-0 lead in the 35th minute. UH responded as Anglin scored off an assist by Wes Estes in the 39th minute to even the score before intermission.

The Black Knights’ second half goal came in the 65th minute off an indirect free kick by Marco Rojas. Chuckey-Doak challenged more, but University High goalkeeper Sam McGee made a couple of athletic saves in the final 30 seconds of the match to preserve the two-goal margin.

McGee had five saves overall, while Anglin led University High with six shots. As a team, the Bucs held a 14-11 shot advantage.