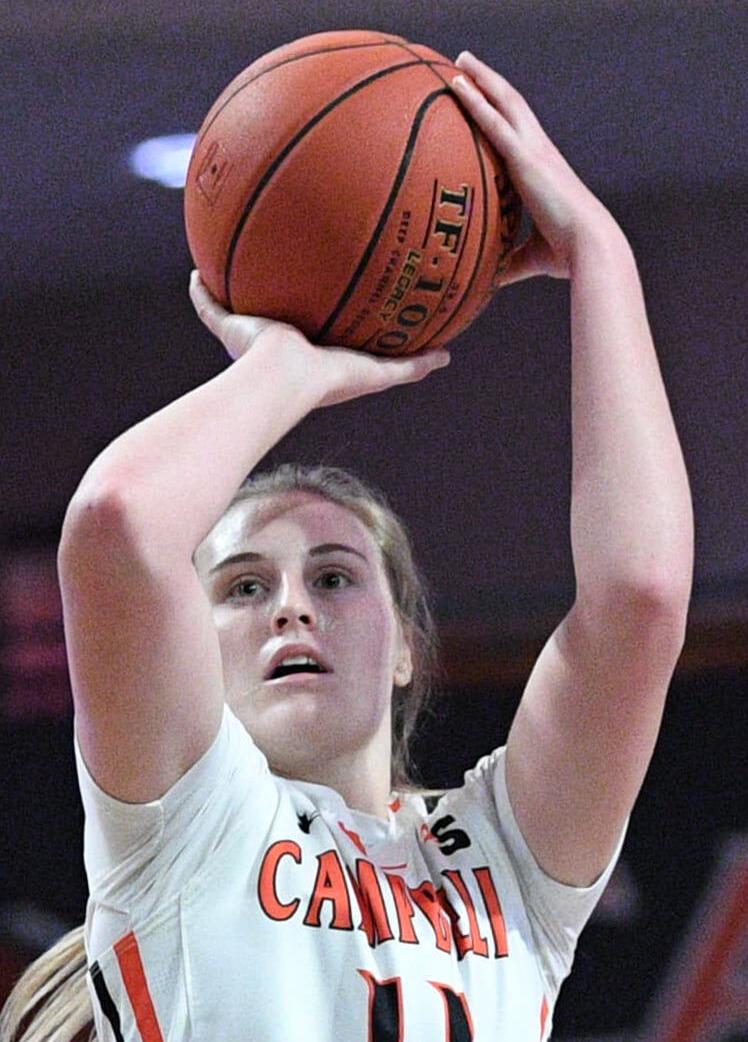 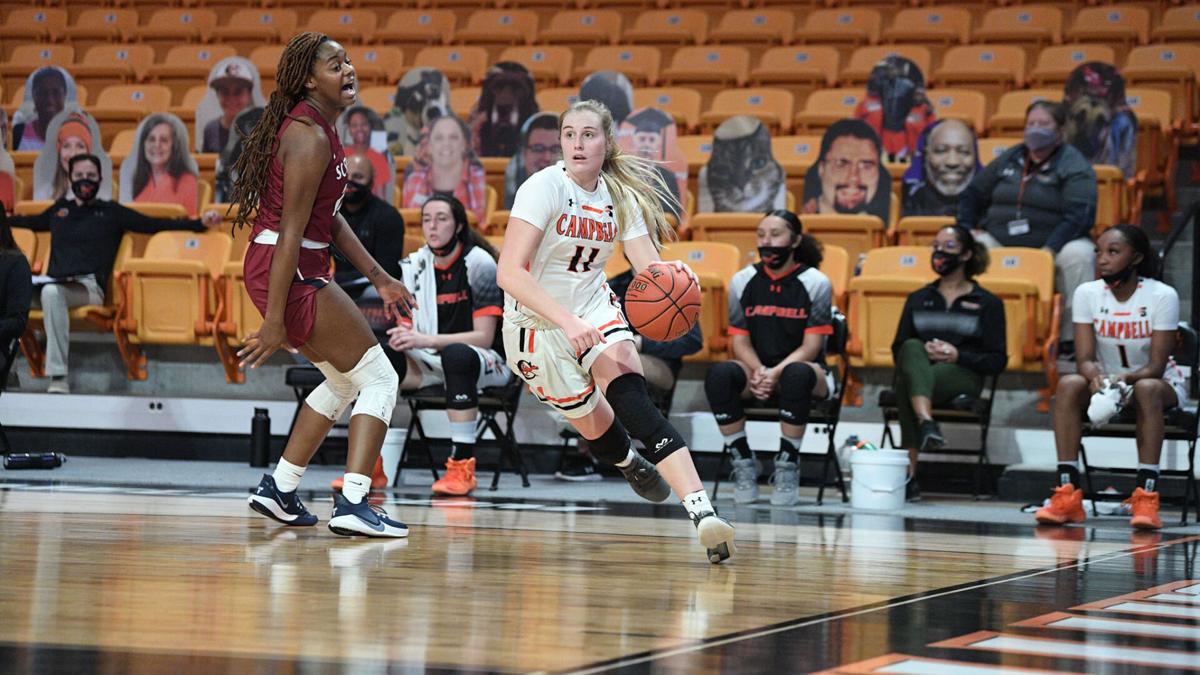 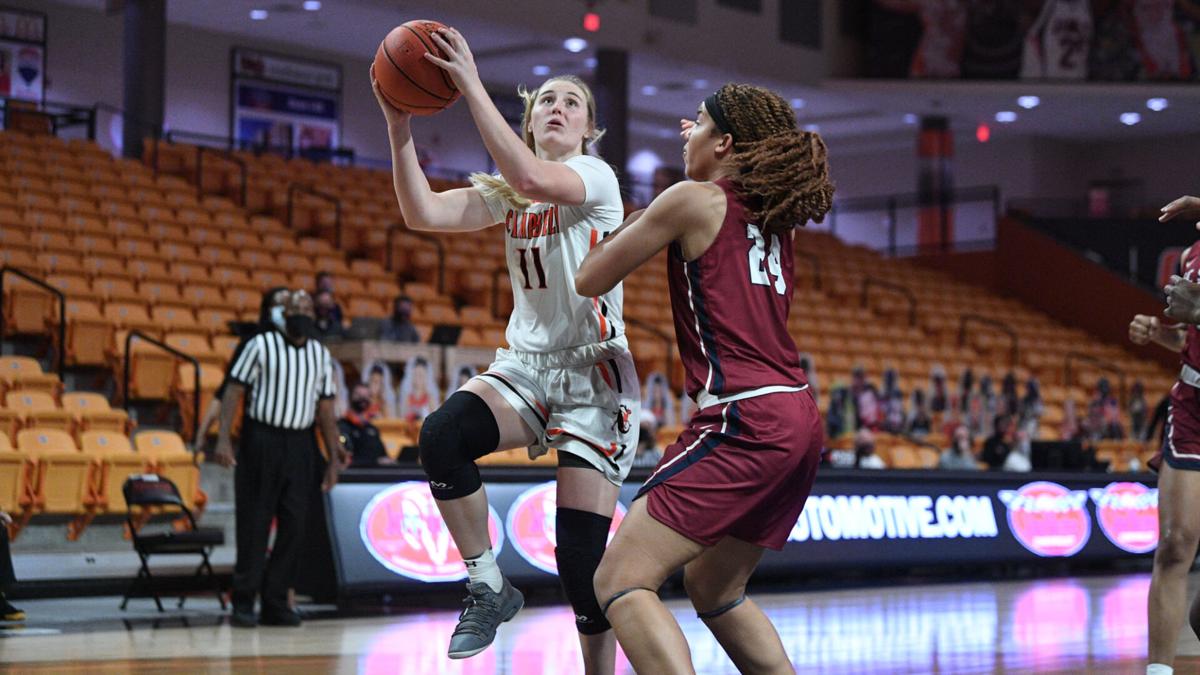 Shy Tuelle, left, was a four-time All-Region selection at Hampton and helped lead the Lady Bulldogs to the Class A state semifinals. 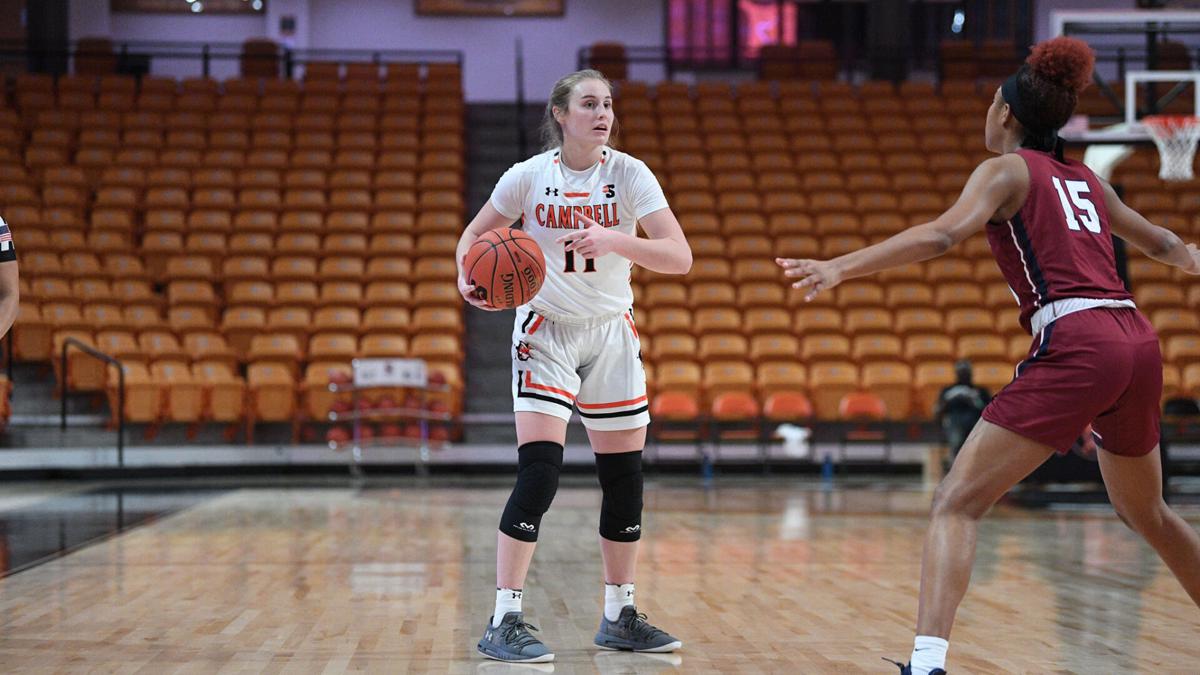 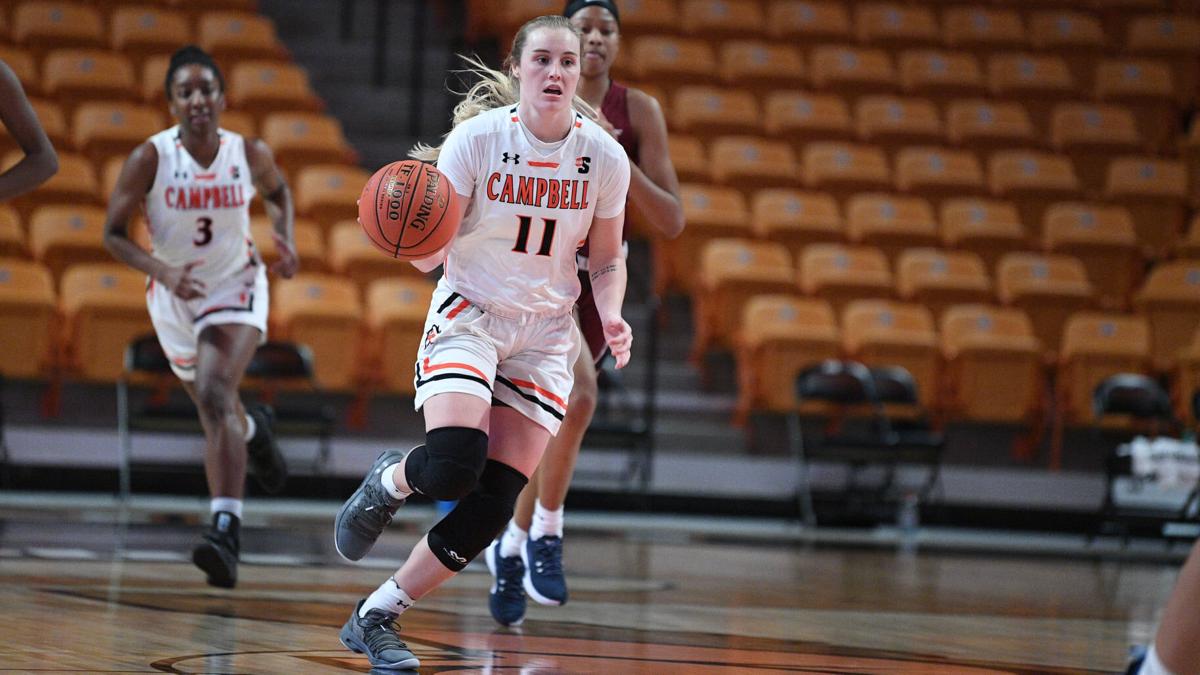 Shy Tuelle, left, was a four-time All-Region selection at Hampton and helped lead the Lady Bulldogs to the Class A state semifinals.

There’s nothing quiet about Shy Tuelle’s game on the basketball court.

The former Hampton standout is having a breakout junior season for Campbell as she leads the Lady Camels in scoring (13.1 points per game) and steals (1.7) while being second in rebounding (5.1) and assists (1.9).

“It’s pretty exciting and it’s been such a weird year,” Tuelle said. “Everything is so different and you have to keep focus on the big picture. You can’t get lost in all of the little changes that are going on in the world.”

Tuelle has improved her game since her freshman year, notably on the defensive end.

“Getting the fundamentals down and transitioning to more college style of play has been the biggest adjustment,” she said. “The speed of the game was so different when I came in and now that I’m a junior, I know how the game flows.”

“Coach (Ronny Fisher) has told me that I’m not just a one-dimensional player,” she said. “A big thing this year has been a focus on my defense. From freshman year to this year, it has improved so much and I’m still working on it.”

RACKING UP THE HONORS

She made the Big South All-Freshman team and was Freshman of the Week twice. The Lady Camels reached the finals of the Big South Conference tournament, but fell to Radford.

In her second go-around, Tuelle showed improvement and so did her team. The Lady Camels finished 21-8, won the conference regular-season title and clinched the No. 1 seed in the Big South tournament.

Then the pandemic struck and the sports world went into a shutdown, causing most of the collegiate basketball postseason to be canceled. Campbell didn’t even get to play in its first tournament game.

“Winning the regular season was a big accomplishment,” she said. “I know one of the senior players before she graduated made the statement, ‘Let’s get a ring this year’ and that’s something we all had in the back of our mind every day when we came to work.

“We all thought we had a really good chance to make NCAAs because we were peaking at the end of the year. It was heartbreaking for us to have that opportunity taken away.”

The college basketball season is still young and Campbell is still trying to find a rhythm.

The Lady Camels are 5-4, and play host to Longwood on Saturday and Sunday. The Big South Conference has implemented a scheduling model in which teams play on back-to-back nights at the same venue as to cut down on travel.

“It has positives and negatives,” she said. “It’s hard trying to play two in back-to-back nights because after you give 100% one night, you have to go back out and do it again the next night.

“It’s good because if you find a rhythm in the first game, it’s easier to carry over into the next game. It’s great for scouting opportunities, too, because you’re more prepared for the second game.”

Tuelle has already had a standout game earlier this season on Dec. 30 against Winthrop, where she poured in a season-high 21 points while adding seven rebounds and three steals.

Overall, she has racked up 705 points in her three seasons and is a career 38.7% shooter from the field.

In high school, Tuelle helped lead the Lady Bulldogs to a Class A state final four appearance in 2017 before falling to Clarkrange.

She tallied 1,750 points, 905 rebounds, 705 assists, 160 steals and 145 blocks for Bud Hazelwood’s crew. She was named All-Region four times, All-District three times and was named the Watauga Valley Conference MVP in her senior year.

Tuelle said that Nautilus Express, her AAU team coached by Justin Wimmer, helped her prepare for the level of competition she sees every night in a tough mid-major league.

“Nautilus Express really helped me,” she said. “When we traveled for AAU, I was playing at a higher and more competitive level than I was in high school. The speed of the game was so different, too.

“I feel like playing AAU really helped me be a more developed player in high school and going into college.”