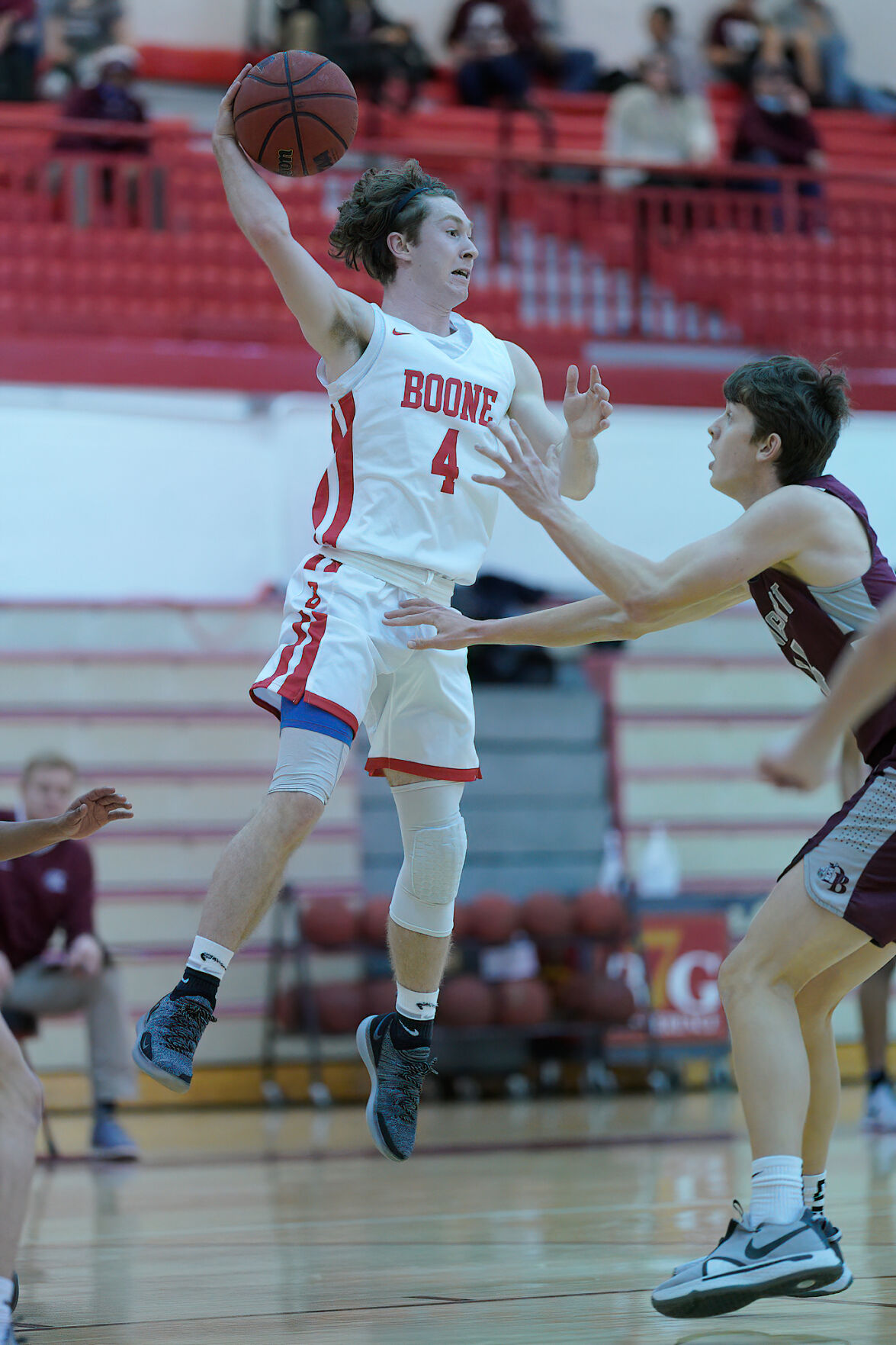 Caleb Head (4) looks to pass the over D-B’s Jack Browder. 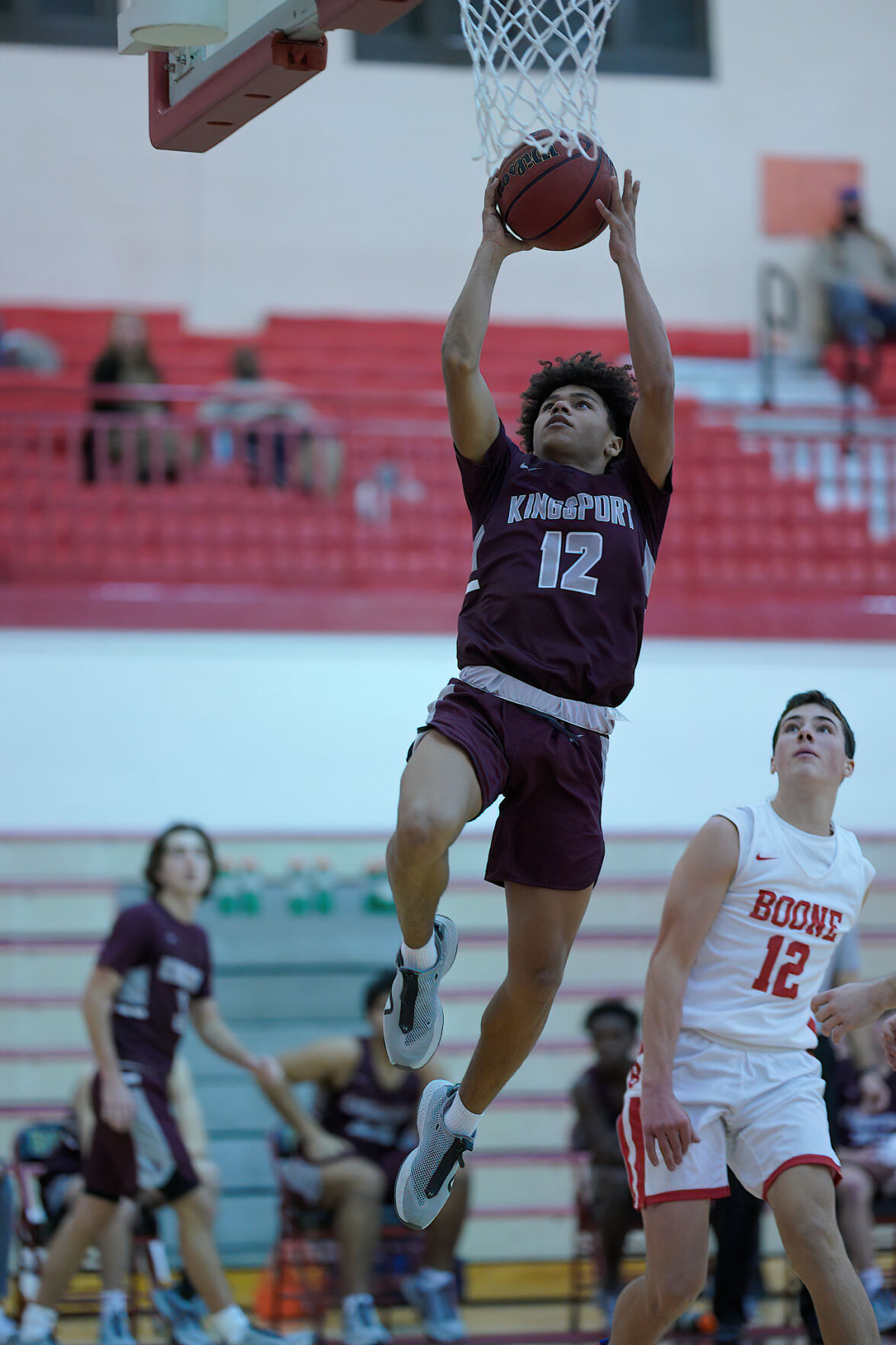 Jonavan Gillespie (12) skies to the bucket in Dobyns-Bennett’s 67-66 win over Daniel Boone on Thursday. 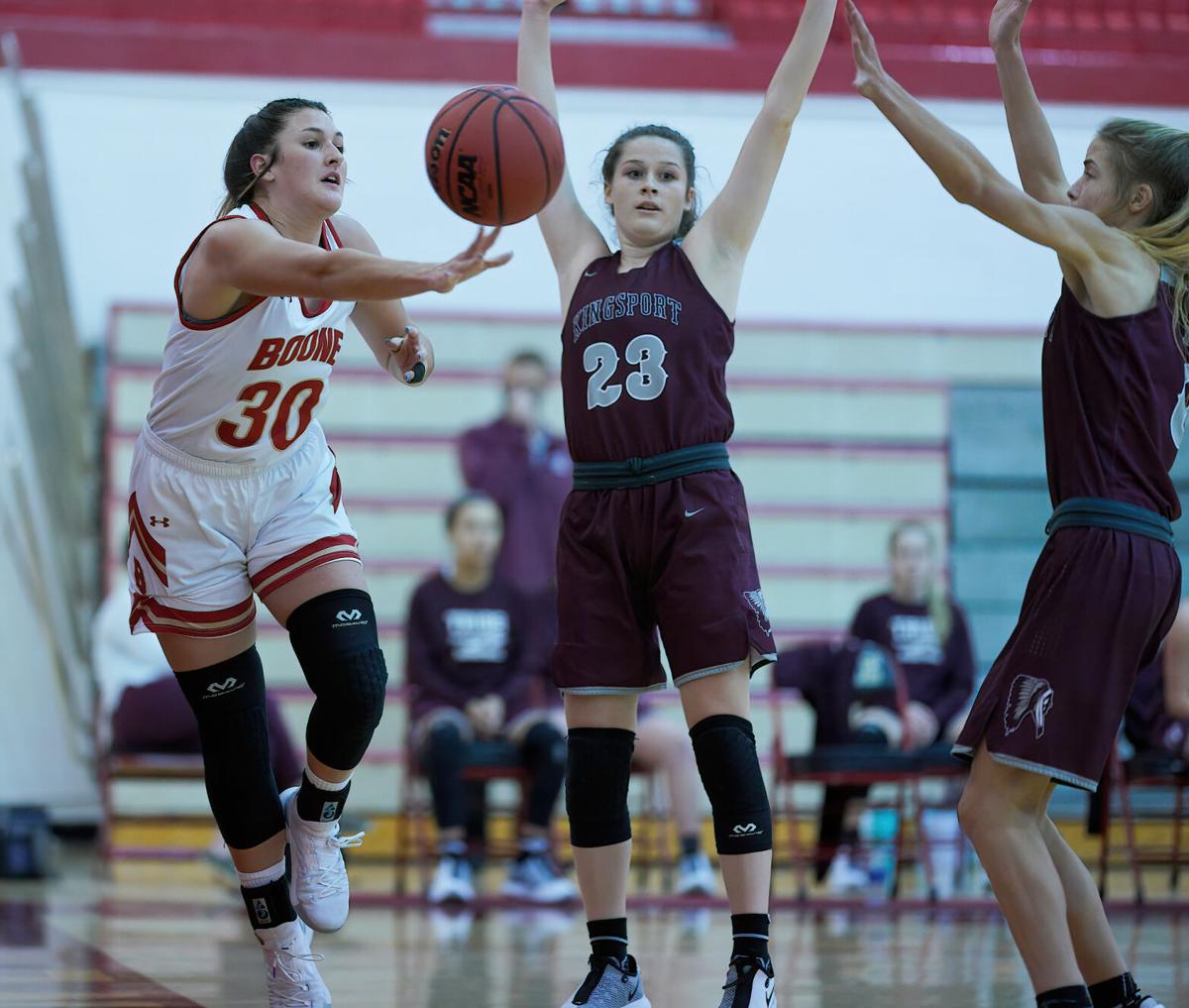 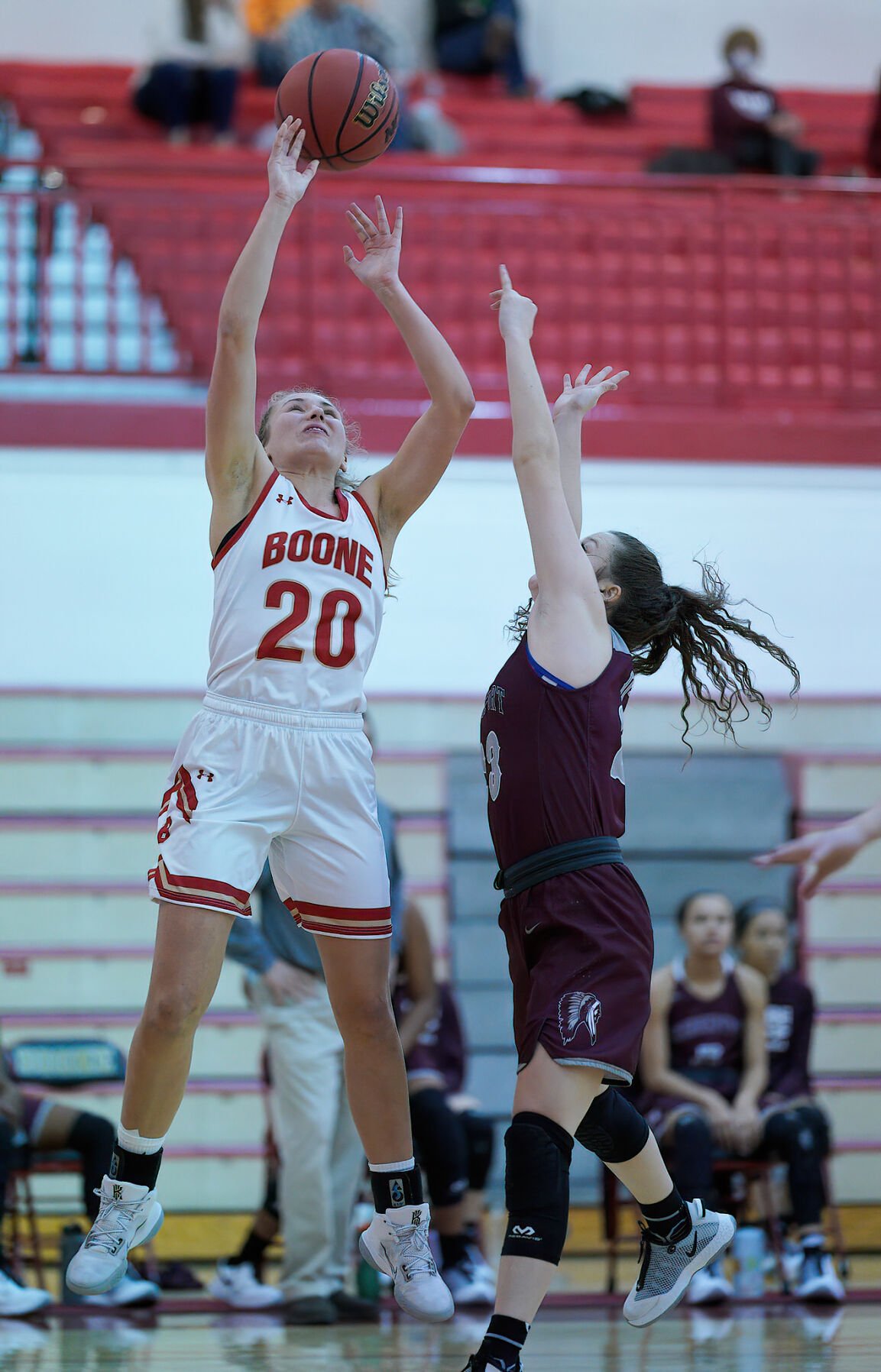 Daniel Boone’s McKenna Dietz (20) and a D-B defender go up for the basketball.

Caleb Head (4) looks to pass the over D-B’s Jack Browder.

Jonavan Gillespie (12) skies to the bucket in Dobyns-Bennett’s 67-66 win over Daniel Boone on Thursday.

Daniel Boone’s McKenna Dietz (20) and a D-B defender go up for the basketball.

The Indians took a 67-66 decision over Daniel Boone to win No. 2,300 in program history, which is the most in high school basketball history.

“There’s been a lot of games and it’s an honor to be a part of this program,” D-B coach Chris Poore said. “I told these guys before the game that there are a lot of people that put in a lot of hard work to make this program what it is.

“This is a huge milestone for our program and I’m glad we were able to be a part of that tonight.”

In Boone’s final possession and trailing 67-64, guard Samuel Stroupe was fouled with 0.5 seconds left on a 3-point attempt and made his first two free throws.

The Indians subbed in a pair of players, throwing off Stroupe’s timing. He missed his final attempt to send the game to overtime.

“There’s nobody I’d rather have on the line than Sammy,” Boone coach Chris Brown said. “He’s confident and he made the first two. I thought he changed the way he shot free throws and he gave himself a little bit too much time after that second one.

“It shouldn’t have come down to that one play, though.”

The Tribe was caught in a physical game from the beginning as the Trailblazers came out in a 2-3 zone defense. Poore’s outfit was often frustrated, but managed to still shoot 18 of 41 from the field and 7 of 18 from long range.

“(Boone) did a good job of being aggressive and playing with energy,” Poore said. “I’m not sure that we responded with the same energy. We’ve played four games in six days and hardly any rest, so that’s a tough spot I put the team in.”

McKinley Tincher had 16 points to lead the Indians while Jack Browder tallied 15 and Brady Stump finished with 11.

Jonavan Gillespie contributed 10 points, all of which came in the fourth.

Furthermore, Browder had a huge chase-down block late in the game to deny Stroupe on a fast-break layup attempt.

The ’Blazers got a nice night from Stroupe as he racked up 17 points on 5-for-8 from 3-point range. Caleb Head was aggressive all night, netting 16 and going a perfect 10 of 10 from the charity stripe.

Breiydon Gilliam had a huge fourth quarter, scoring 16 of his game-high 18. He was, however, just 4 of 10 on free throws.

“When we get him going downhill, he can score,” Brown said.

Boone on the evening was 18 of 47 from the field and 18 of 26 from the charity stripe. Brown’s bunch was guilty of 12 turnovers, but played much better than it had in past games.

“We’re not afraid of anybody and we believe that we can compete with anybody,” Brown said.

The Lady Indians heated up in the third quarter and built upon a 13-point halftime lead to win a road conference game going away.

D-B started off the second half with three consecutive air balls from 3-point range and then practically couldn’t miss.

“We’ve talked a lot to our players about scoring,” D-B coach Bill Francis said. “Our percentages were coming up before we got quarantined.”

Elle Francis finished with a game-high 19 points behind a 5-for-8 effort from 3-point range. Jabrea Johnson tallied 15, but only two came in the second half as she picked up her fourth foul midway through the third.

The Lady Indians on the evening shot 20 of 47 from the field and 9 of 16 from the free-throw line.

“Hopefully we can continue building on this and we can get some more shots up during practice,” Francis said. “We’re back in that game rhythm and that’s important.”

Boone had another tough night from the field, making only 9 of 30 shots and no 3-pointers. Camryn Sarvis had 12 to lead the Lady ’Blazers.