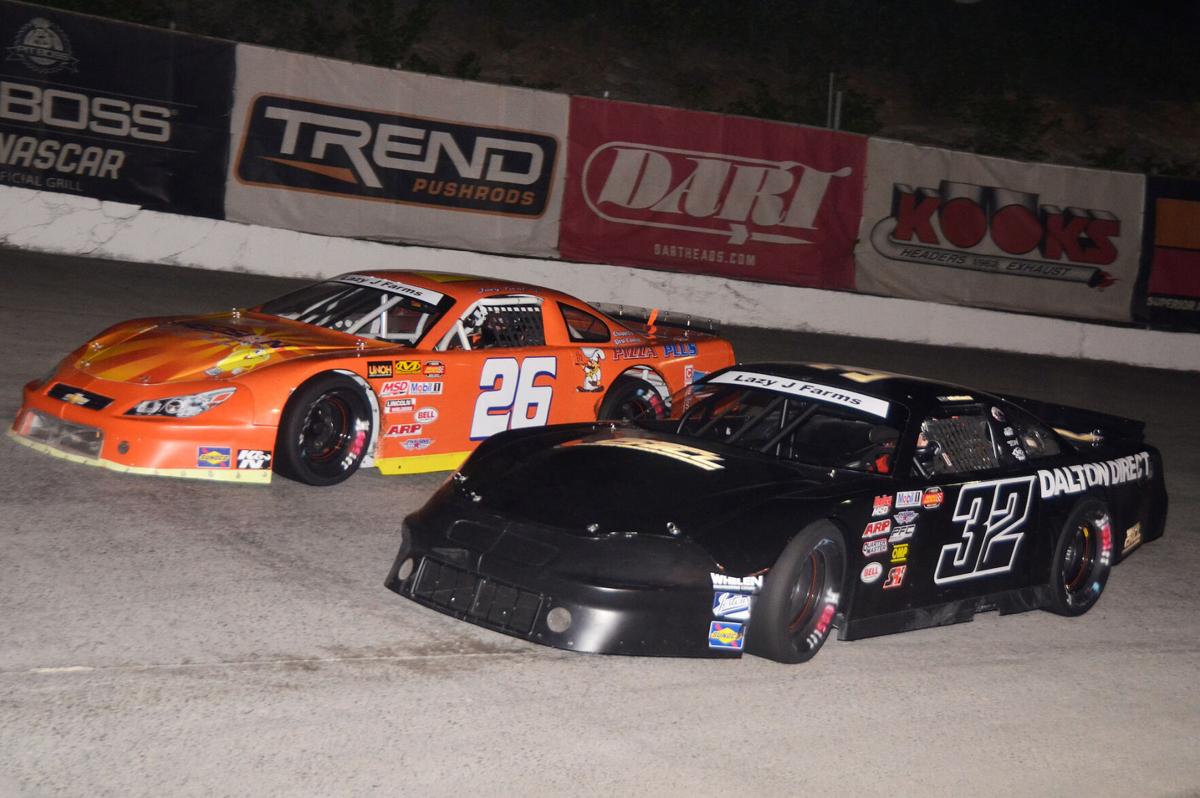 Joey Trent (26) is to the outside of Nik Williams (32) as they come to the final restart. 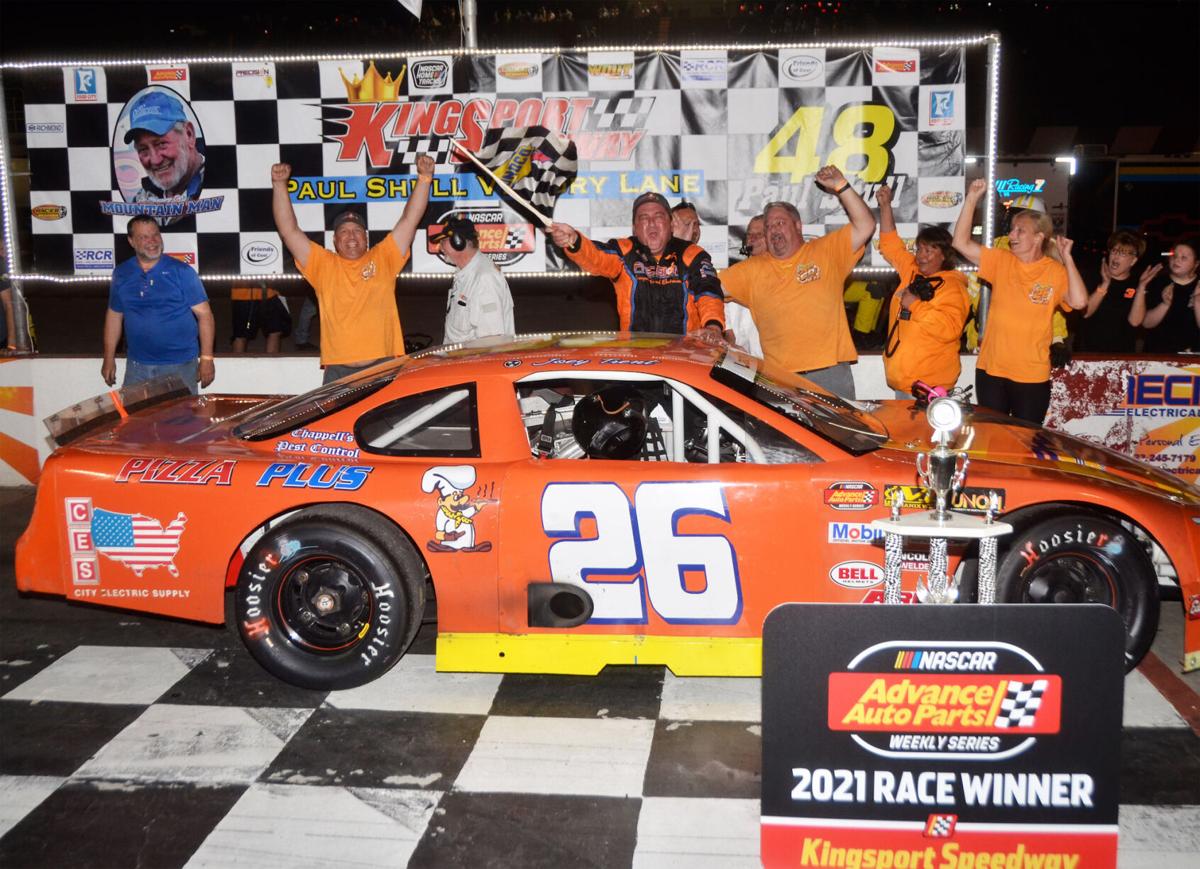 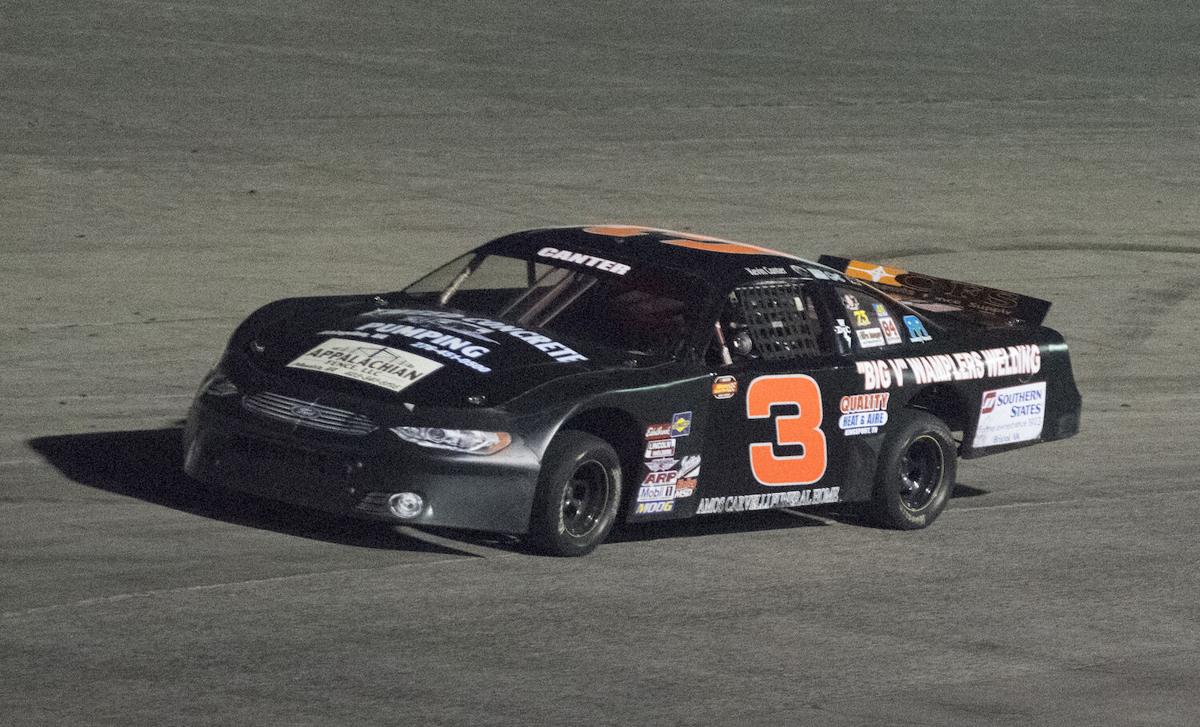 Kevin Canter enters turn 2 as he's on his way to a fourth Mod 4 victory of the season. 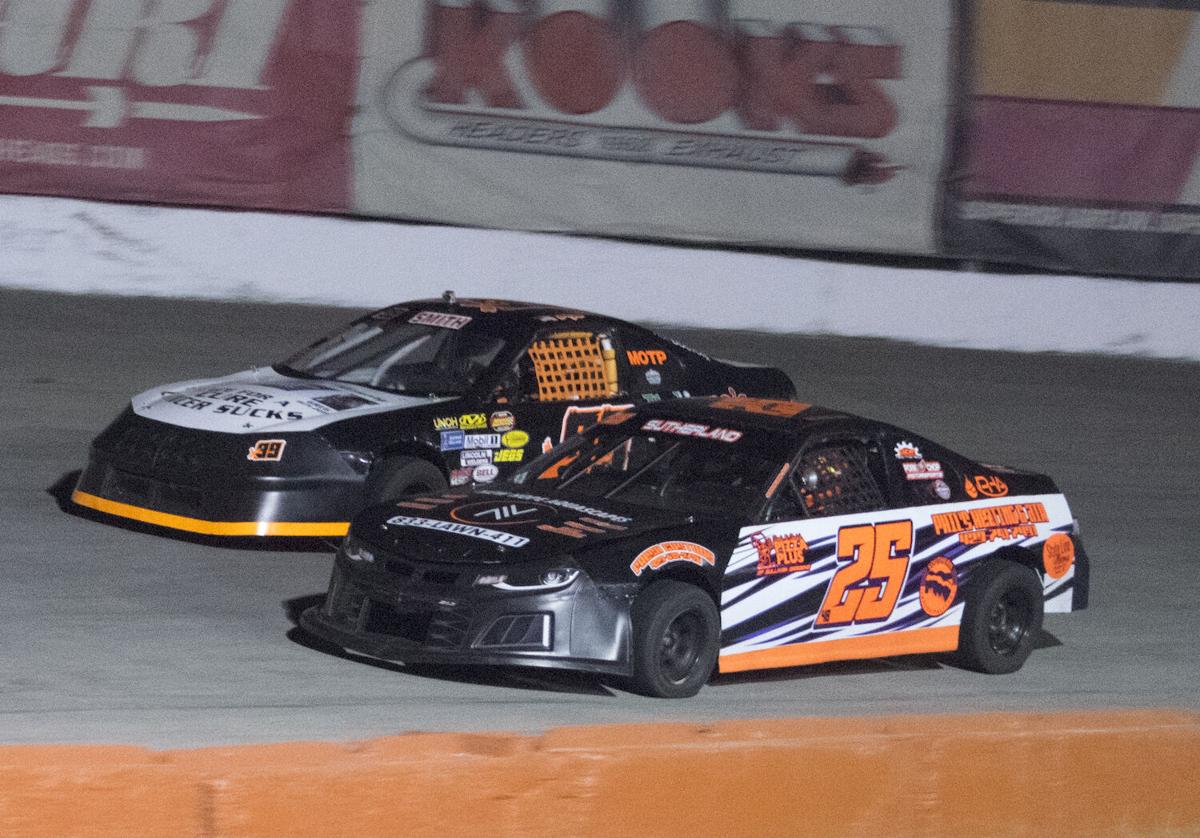 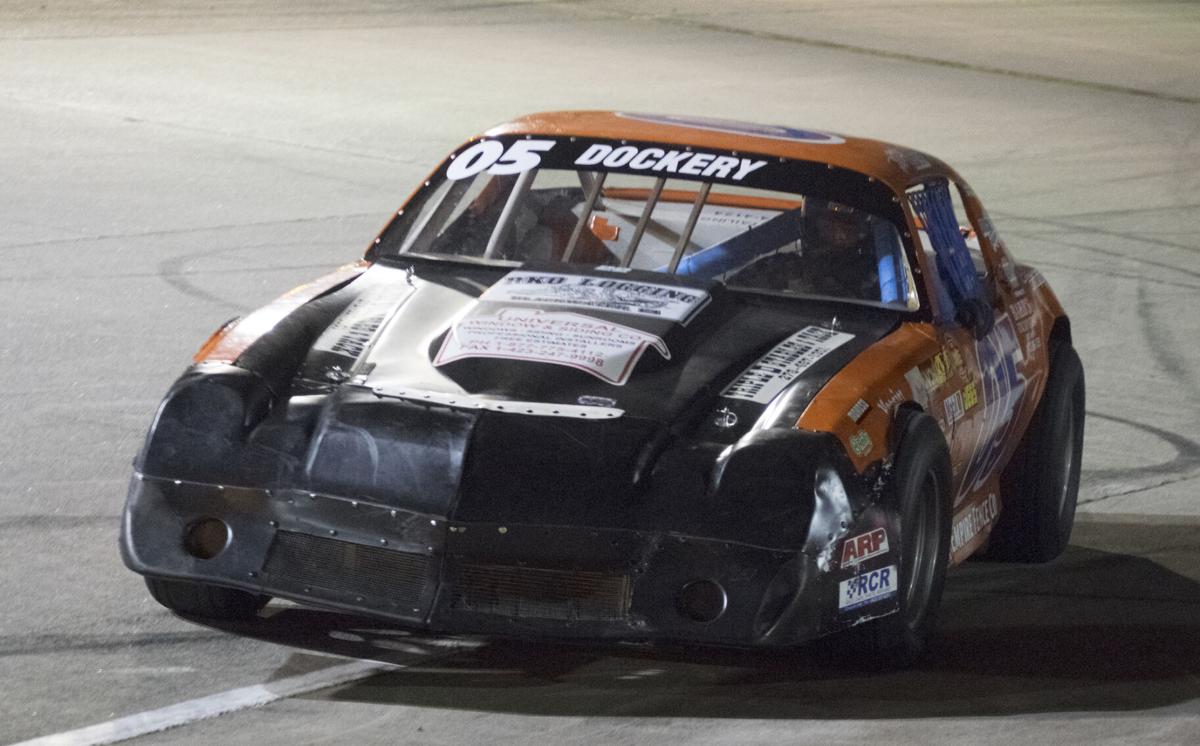 Tony Dockery (05) dives to the inside of the track on his way to winning Friday’s Pure Street feature.

Joey Trent (26) is to the outside of Nik Williams (32) as they come to the final restart.

Kevin Canter enters turn 2 as he's on his way to a fourth Mod 4 victory of the season.

Tony Dockery (05) dives to the inside of the track on his way to winning Friday’s Pure Street feature.

A decade after he started racing at Kingsport Speedway, the Gray driver parked his orange No. 26 Chevrolet in victory lane on Friday night.

Trent took the lead from Nik Williams on a lap-50 restart. He then held off runner-up finisher Ashton Higgins and Williams over the final 10 circuits to claim his first-ever NASCAR Advance Auto Weekly Series Late Model Stock victory on the 3/8-mile concrete oval.

To say Trent was excited, that would be a massive understatement. He emerged from the No. 26, waving the checkered flag and beating on the roof of his race car. There was overwhelming joy as he celebrated with family and crew.

“It’s one of the greatest feelings of my life and it’s also a huge load off,” Trent said. ”It’s like every time we got to this point, it seemed like we were snake-bit. That thing was better than we thought it was. We were in the shop until 1 a.m. last night. We were back in the shop today and got to the track later than normal. It all paid off. I’ve waited to find out what this feeling is and it’s awesome.”

Trent, who started on the outside pole, grabbed the lead from Jonathan Worley on the opening lap. He wasn’t able to hold off the fast machine of Williams, who took over the top spot on lap 13. When it came down to the final restart, Trent just wanted to stay to Williams’ outside. He was surprised when he found himself out front.

“I was hoping to stay side-by-side with him,” Trent said. ”When I cleared him, I was like, ’Oh, my gosh.’ I tried to run my lane and keep my car wide as I could. When it came down to two (laps) to go, my spotter was like, ’No, real pressure.’ I tried to hit my marks and not overdrive the corner. It all worked out.”

Higgins, a Weaverville, North Carolina drive, kept nosing his way in the battle for the lead after racing from an eighth-place start. His white No. 9 Chevy edged past the black No. 32 of Williams at the end.

“We had some issues in qualifying,” Higgins said. ”We elected to start in the back, but the car was pretty good. It’s my first week back (at Kingsport) this year. We have a little work to do, but I think we will get there. This is the best the car has been.”

Williams, the 2019 track champion from Chuckey, was battling a transmission issue on the final restart. He finished a close third with Kingsport drivers Brad Housewright and Derek Lane rounding out the top five.

“I couldn’t get it into fourth gear. I finally got it crammed in about the start-finish line and luckily we didn’t get run over,” Williams said. ”That cost us the race. It was a good battle, but I messed myself up when I missed that shift.”

Kevin Wolfe scored his second Sportsman win of the season in the black No. 17 Chevrolet. It was the second week in a row in which Wolfe crossed the finish line first, but he was disqualified for the motor being too low the previous week.

He pulled away from Rusty Clendenin, another two-time winner this season, for the victory. Chris Tunnell held off Austin Brooks in a good battle for third with Brayden Goddard taking the fifth position.

Kevin Canter avoided a four-car spin at the start of the Mod 4 race and remained perfect on the season. The five-time defending class champion in the black No. 3 Ford finished 2.2 seconds ahead of runner-up Dennis Arnold. It was the fourth win of the season for the Abingdon, Virginia driver.

Chris Amburgey was third in the gray No. 17, followed by Ted Glover and Larry Bowens.

Brandon Sutherland took the lead from Bucky Smith on lap 8 of the 30-lap Pure 4 feature and rolled to his second win of the season. The battle raged on behind the Johnson City driver in the brightly-colored No. 25 machine.

Josh Detwiler and Bruce Crumbley got by Smith to finish second and third. Smith wound up fourth with Kenny Absher taking the fifth spot.

Defending class champion Tony Dockery earned his first win of the season in his orange No. 05 Camaro, fending off the challenge of Rob Walters. Billy Walters finished third with Kevin Darnell and Jay Swecker rounding out the top five.