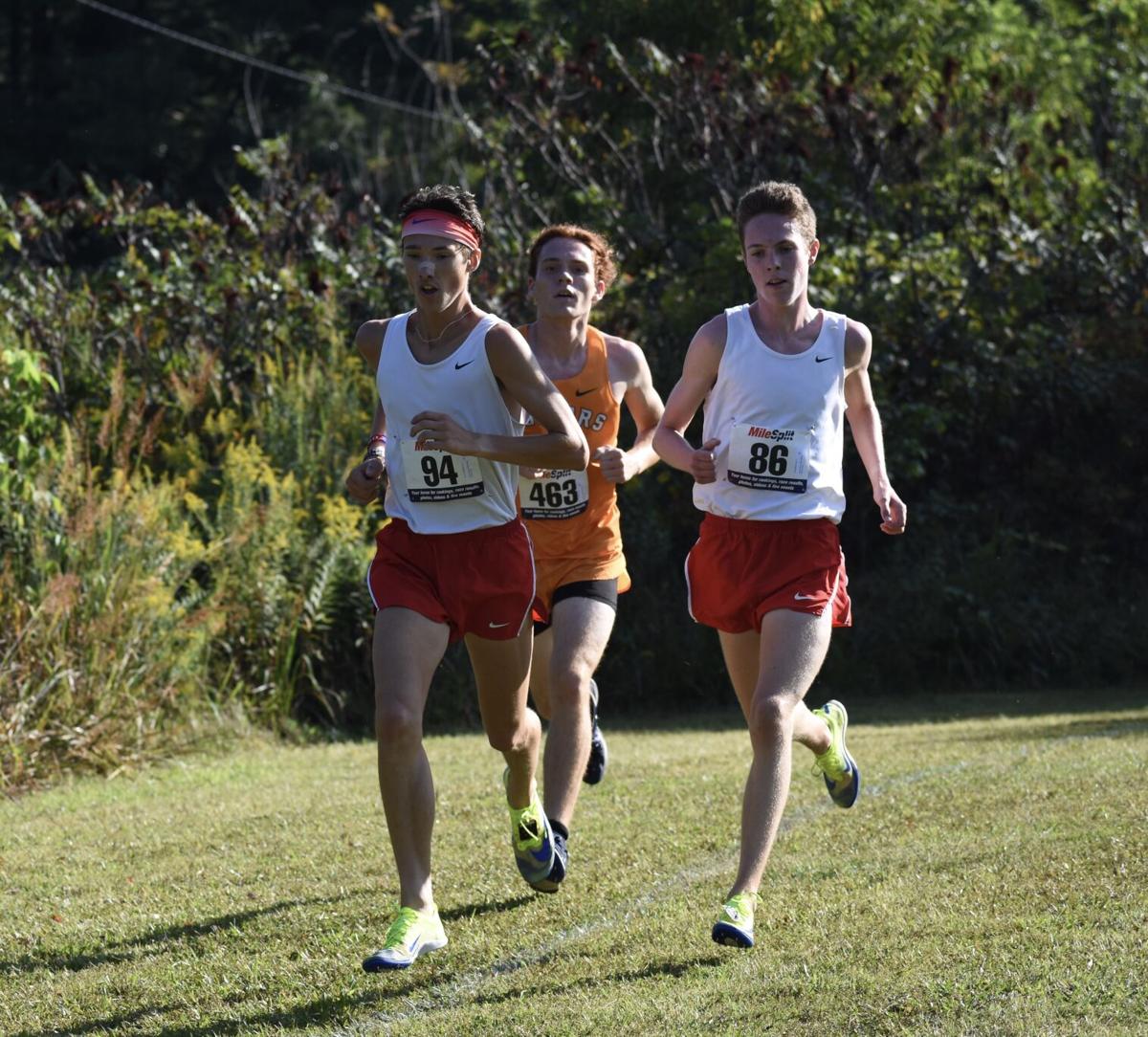 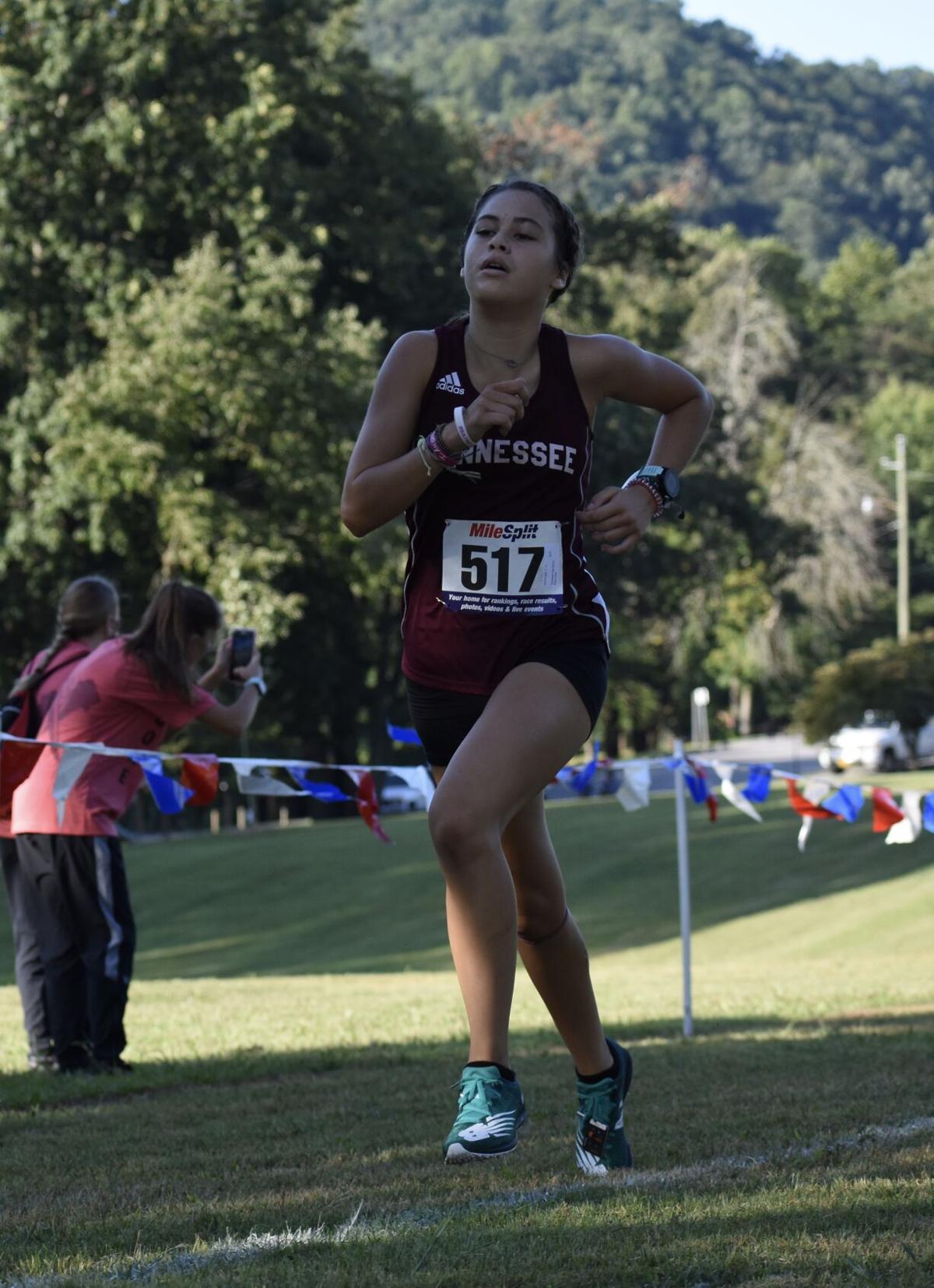 Tennessee High’s Zoe Arrington strides out the final meters on her way to victory at the 2020 Bristol Cross. 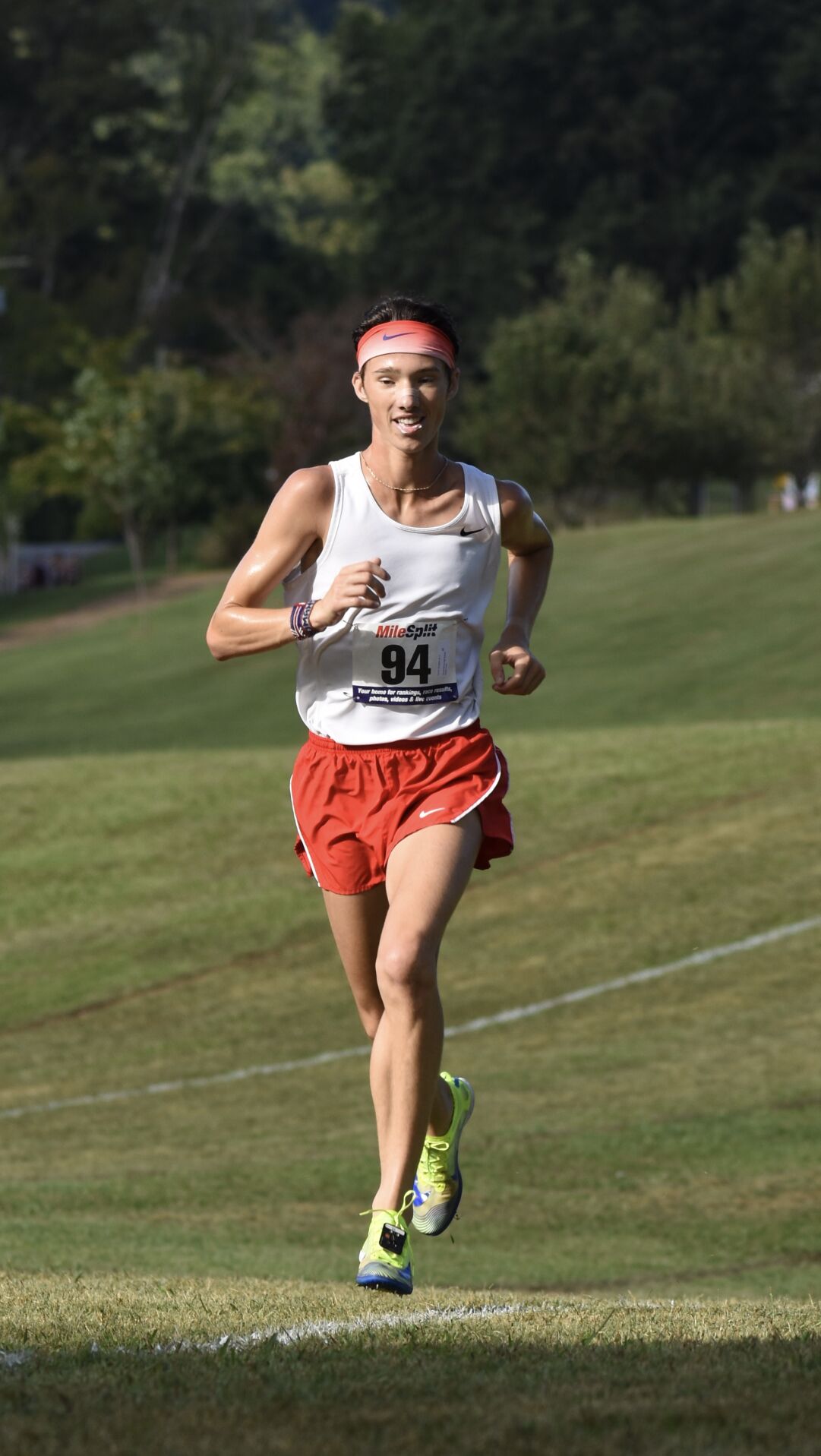 Daniel Boone’s Conner Wingfield cruises in the final few meters on his way to the individual win at the 29th annual Bristol Cross on Saturday. His winning time was 16:30.8.

Tennessee High’s Zoe Arrington strides out the final meters on her way to victory at the 2020 Bristol Cross.

Daniel Boone’s Conner Wingfield cruises in the final few meters on his way to the individual win at the 29th annual Bristol Cross on Saturday. His winning time was 16:30.8.

Junior Conner Wingfield took control of the varsity “A” boys race a little over a mile into the race and never looked back, winning in 16:30.5 on the deceptively tough, double-loop course. It was his second win in as many tries this season as he led the Trailblazers to the team title, scoring a low 20 points.

“At Run for the Hills, I tried sitting and kicking because I’m trying some different strategies this season,” Wingfield said. “If I’m going to get into more competitive races this season, I’ve got to try some different things. The plan for today was to take control from the gun. As long as I keep getting the wins, I don’t care what I run.

“We still are missing two of our top five, so we’re still improving each race and getting back more guys each time out.”

Boone coach Len Jeffers said, “We had four in the top five and our fifth and sixth runner weren’t that far back. It was a really good group effort and they followed the plan, running the way we asked them to.”

Tennessee High super sophomore Zoe Arrington has been fighting a nagging leg injury this week. It didn’t matter as she cruised to the win in the girls race, crossing in 19:41.2.

“I felt pretty good out there today,” Arrington said. “I’ve had an injury this past week, so I wasn’t really sure what to expect, but I felt like I was pretty strong out there today.

“This is a pretty difficult course, too.”

The Lady ’Blazers nabbed the team title with 58 points and were headlined by sophomore Kamryn Wingfield, who finished runner-up in 19:54.6.

“We try to build it around a team and not just one person,” Jeffers said. “All the way back through all our runners, it was really a good race by the girls team.

“They’re keeping the separations close and keep contact with each other. It’s nice to have that team, camaraderie and everyone working together.”

“I felt tired, but I was able to pull it together at the end and close the gap with first place,” Kamryn Wingfield said. “These girls have a lot in them this year. The freshmen are really stepping up and I’m really proud of them.”

The event was a little different this year as only coaches, athletes and other pre-approved personnel were allowed into the event.

“It was different,” Kamryn Wingfield said. “There’s really no one out here to cheer you on and motivate you. It’s all in your head this time.”

Said Jeffers, “Once you get into the race and watch, you’re not really paying that much attention to who else is around. The biggest time that you notice the lack of spectators is in between the races.”

Boone junior Levi Streeval, a transfer from Kentucky who boasts credentials like a sub-4:30 mile, saw his first action in a Boone uniform on Saturday.

He has been sidelined the first part of the season with injuries, but finished a strong fourth overall in 17:23.1. He was coming on strong in the last half-mile of the race in his regular, everyday running shoes.

“Levi ran in his trainers and it still shocks me every day how easy it is for him,” Conner Wingfield said. “He was told to hold back today and he’s coming back slowly in the workouts. He’s put some gaps on me in the workouts, so when he comes back, he’s going to push me.”

Maggie Bellamy is only an eighth-grader, hailing from Tri-Cities Christian Academy, but she cracked the top 15 at Run for the Hills two weeks ago, winning the “B” race by over a minute.

She continues to have an impressive campaign as she nabbed a surprising third place in the “A” race against some of the area’s best competition.

Her final time was 20:29.1, beating out both Dobyns-Bennett’s and Science Hill’s top runner in the race.

The top runner for the Lady Indians was sophomore Autumn Headrick in fourth (20:31.0) while Science Hill’s best finisher was Trinny Duncan (fifth in 20:33.3).

Sullivan East’s Mandy Lowery ran a smart race and picked up over five spots in the final half of the race, topping out in sixth (20:41.6).

David Crockett, still without the services of girls top runner Rachel Dulaney, finished third as a team (96 points) with Breanna Dunn leading the way in ninth (21:36.3). The Lady Pioneers were only a point shy of beating Science Hill, but the Lady Hilltoppers did not have top harrier Jenna Hutchins.

Sullivan South’s Cara Taylor followed up a top-15 finish at Run for the Hills a fortnight ago with another one, placing 15th in 22:12.4.

On the boys’ side, Sullivan Central senior Mason Sanders continued a strong final go-around with a runner-up finish (17:05.7) to go along with his other identical finish at Run for the Hills. Cherokee’s Henry Brooks ran hard and was rewarded with seventh in 17:45.6.

Elizabethton senior Craig Newman had a strong start and was able to hang on for a top-15 finish, crossing in 13th (18:03.2).

The D-B boys have constantly been getting better and saw some progress with a runner-up finish on Saturday with 95 points.

Next Saturday’s Fender’s Farm Cross Country Carnival in Jonesborough has one of the fastest courses in the area, but the course does have a lot of turns.

If the girls race is as good as advertised, it could be a historic one.

The first race is scheduled to go off at 8:30 a.m. and masks are a requirement for attendees to the event.