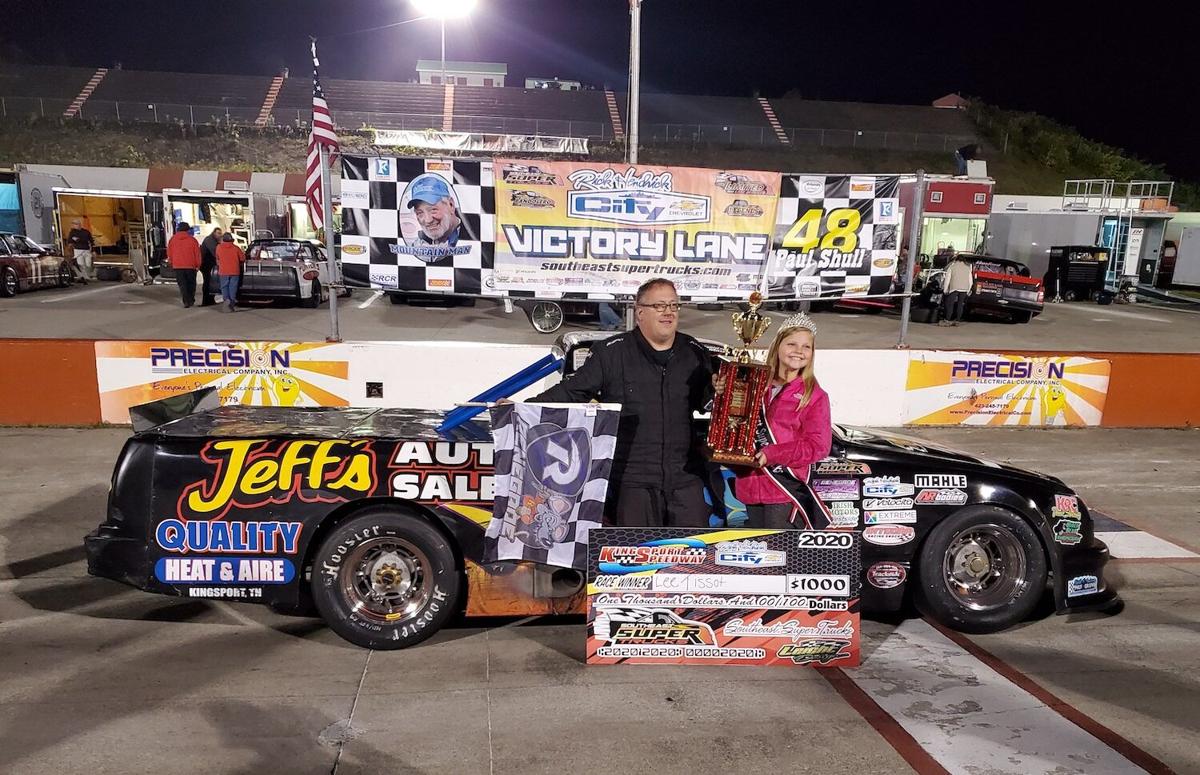 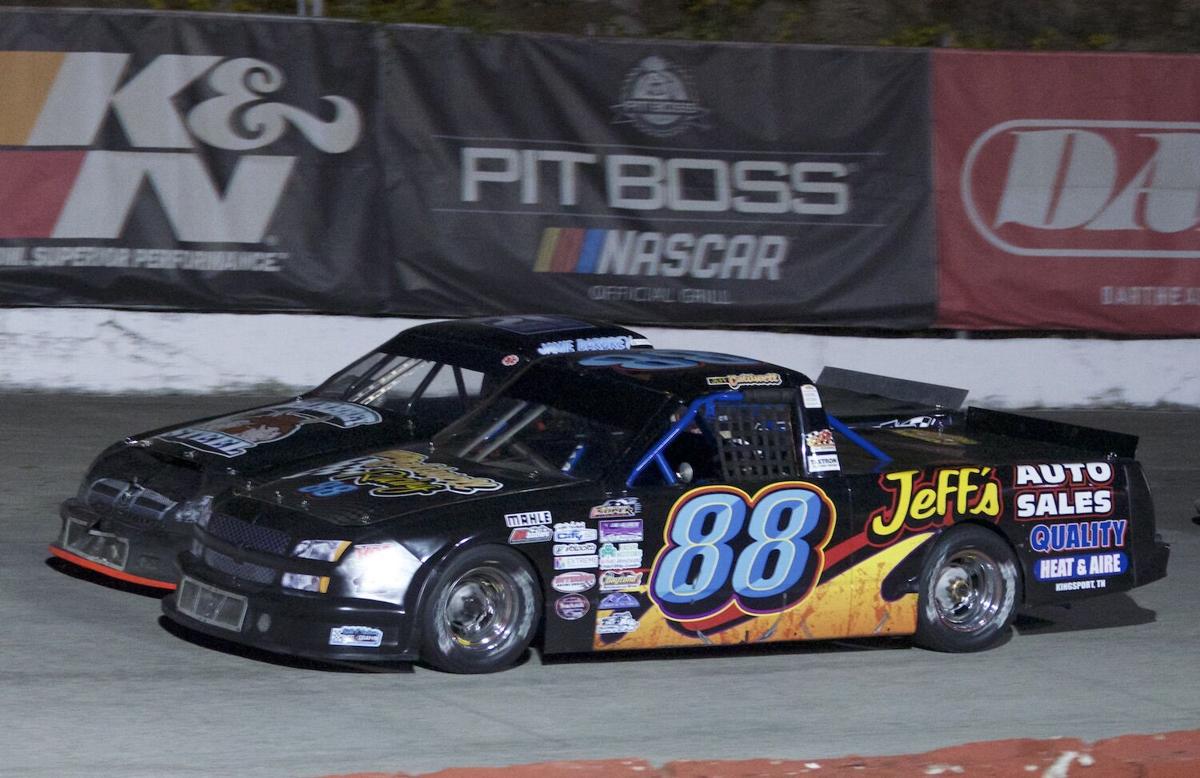 Lee Tissot (88) races to the inside of Jamie Barbery during a restart at Kingsport Speedway. 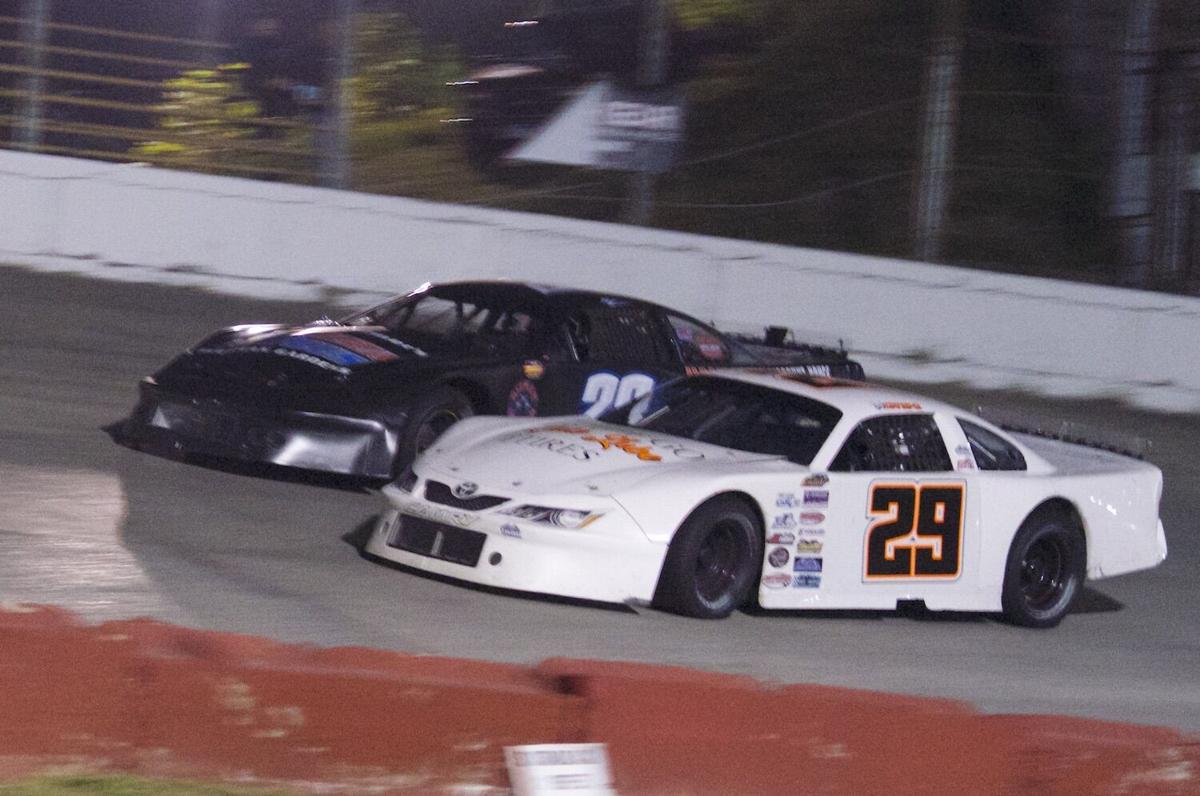 DJ Canipe (29) races to the inside of Derek Lane (28) during Saturday's Limited Late Model feature at Kingsport Speedway. 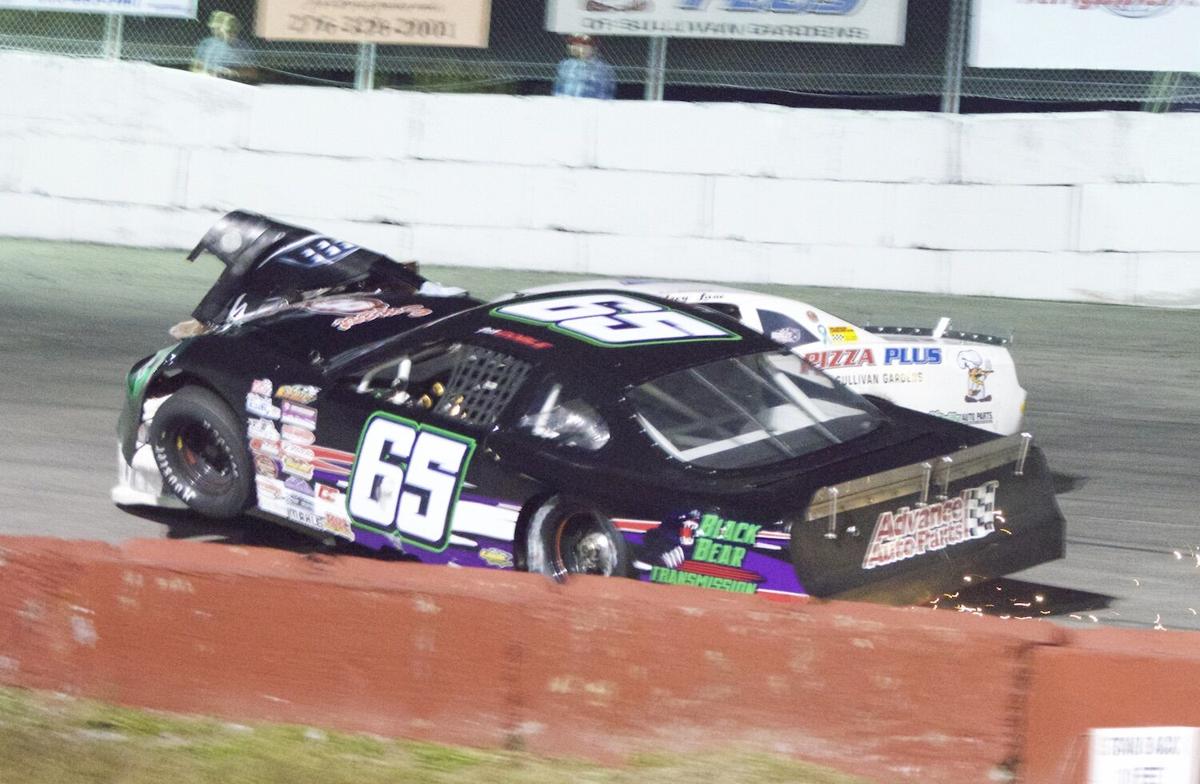 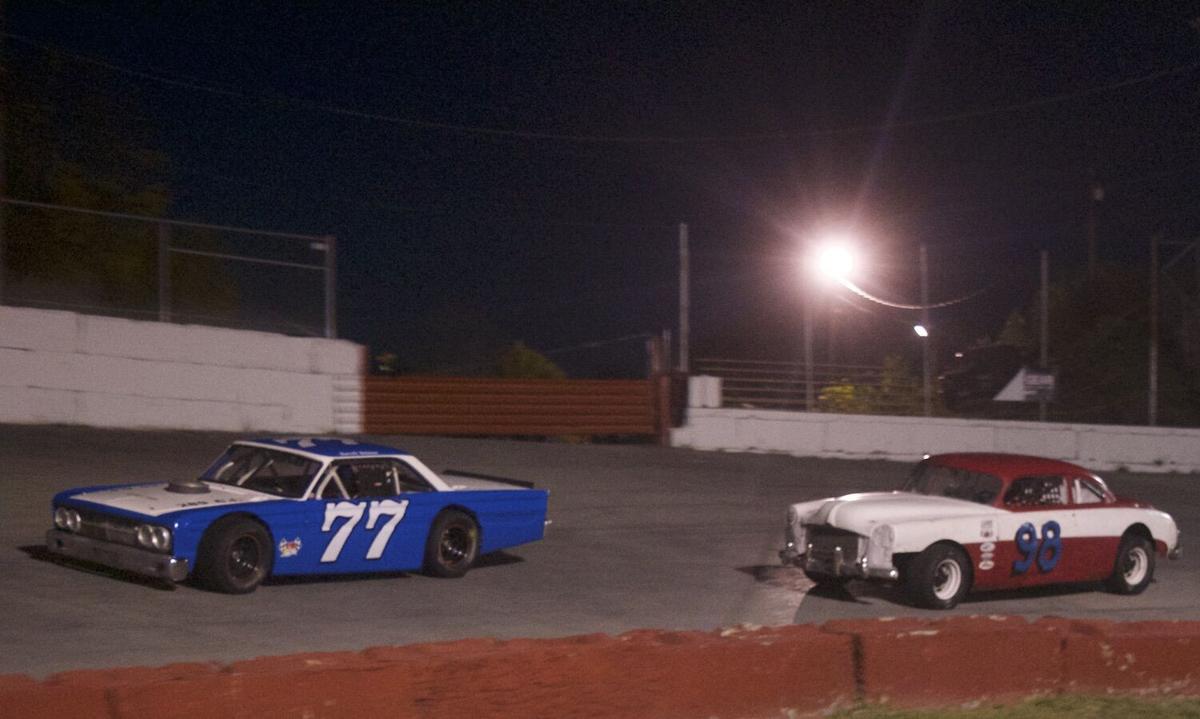 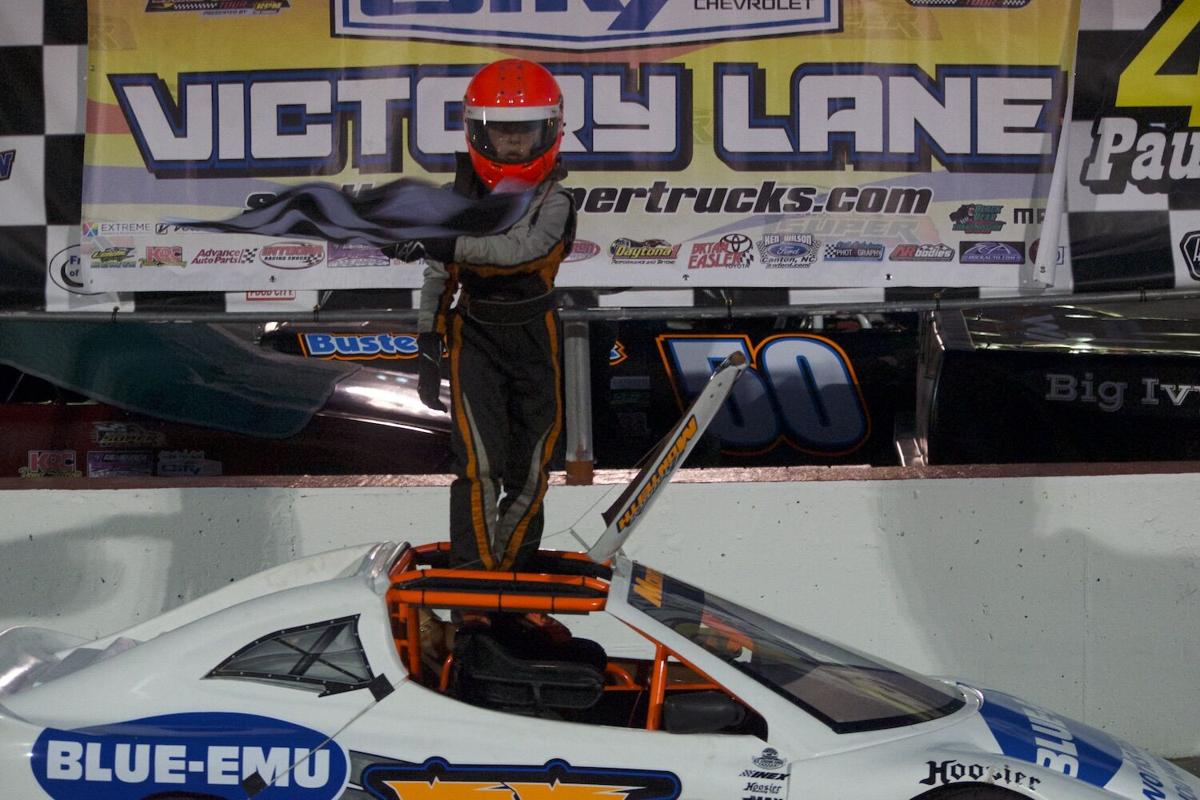 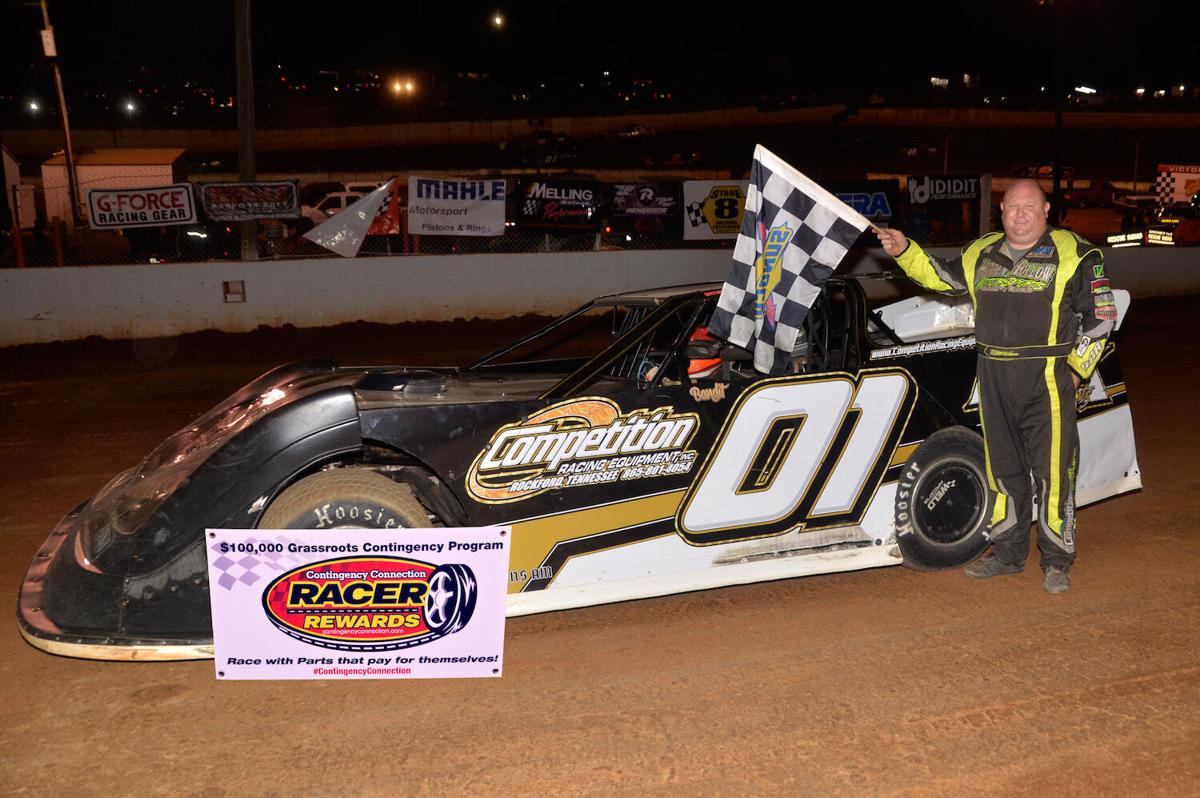 Lee Tissot (88) races to the inside of Jamie Barbery during a restart at Kingsport Speedway.

DJ Canipe (29) races to the inside of Derek Lane (28) during Saturday's Limited Late Model feature at Kingsport Speedway.

The three-time Super Trucks champion had plenty of experience on Kingsport’s 3/8-mile concrete oval. Combine that with the fast No. 88 Chevrolet he was driving and Tissot was on his way to his second SEST win of the season.

Matter of fact, the Asheville veteran led all 75 laps of the race, holding off the No. 21 Ford of Jamie Barbery for the victory. Tissot said a key to the win was getting back to the basics.

“The truck was pretty good. I’ve been working on stuff all year and it didn’t work out,” he said. “I went back to the old ways, won a race and changed it all again. I think that’s the best it’s ever been.”

While Tissot has won at different tracks around the country, Kingsport is special to him. It’s a place he first came to watch his father race.

“I like it up here. I like the people and I have a lot of fans up here,” Tissot said.

Kenneth Headen finished third in a Ford, followed by the Chevys of Clark Houston, who recently won a SEST event at neighboring Lonesome Pine Raceway, and Brett Suggs.

It was one of six lead changes in a wild race which featured 11 caution periods and took an hour and a half to run. For Canipe, it was his first-ever Late Model win.

“We’ve had a fast car all year, but the luck hasn’t always been there,” said Canipe, a 17-year-old from Fallston, N.C. “Today, we had a fast car again and finally got it done. It was a little rough out there. The car got a little beat up, but it was a good night.”

With the rough-and-tumble racing, both second-place finisher Justin Southerlin and third-place TJ Lollis had the front bumper and hood torn off their cars. Kingsport driver Derek Lane finished fourth after being involved in a couple of dust-ups himself with fifth-place finisher Chris Smith.

“The car was pretty good. I came in the pits when I got turned around and made a chassis adjustment,” said Lane, who ran as high as second. “We may have gone the wrong way with it, but we kind of brought a knife to a gunfight as we’re running a 602 Crate motor when everybody else had 604s. Down the straightaway, they just out-horsepowered me.”

Brayden Monteith, a fourth-generation racer and son of former Kingsport Speedway track champion Nate Monteith, took the lead on the second lap of the Bandolero race and never looked back. It was the first-ever Bandolero win for the eight-year-old from Bluff City.

Darrell Holman, an Abingdon, Va., veteran who first raced at Kingsport Speedway in the 1970s, led all 25 laps of the Carolina Vintage Series race. Driving the blue No. 77 Mercury which his son Caleb drove to victory weeks earlier at Lonesome Pine, Holman won by a full straightaway over runner-up Owen Leviner.

It was a family celebration with daughter, Lindsey, a former winning driver at Kingsport Speedway also in attendance.

“I hadn’t run here since 1999,” Holman said. “I didn’t think I would ever have the opportunity to race here again, let alone win, so it’s special.”

Richardson, a Kentucky driver with a combined six NHRA and IHRA Sportsman titles, had an advantage of .003 in reaction time and it was the margin needed for his orange Chevy II to hold off the blue dragster of Folk, the 2016 NHRA Super Comp champion.

He led a charge of Johnson City-area drivers with Charles Bates in second. Mays’ nephew Marcus and brother Jeff finished third and fourth with Chuck Kilian rounding out the top five.

Jason Welshan of Knoxville grabbed his first win of the season in the Crate Late Model division as Cameron Weaver from Crossville was denied once again. Weaver, still looking for his first ever win at Volunteer, finished second for the fifth time this season.

Former track champion Tim Maupin of Johnson City had his strongest showing of the year in taking the third-place spot.

Brad Seagle from Seymour scored the win in Sportsman Late Model with Jody Horton and Adam Mitchell taking the other two podium spots.

Wayne Rader from Parrottsville is like Welshan running the No. 01 on the side of his car. Rader finished in the No. 1 spot for the fifth time this season. David Clark finished second with Tracy Wolfe third.