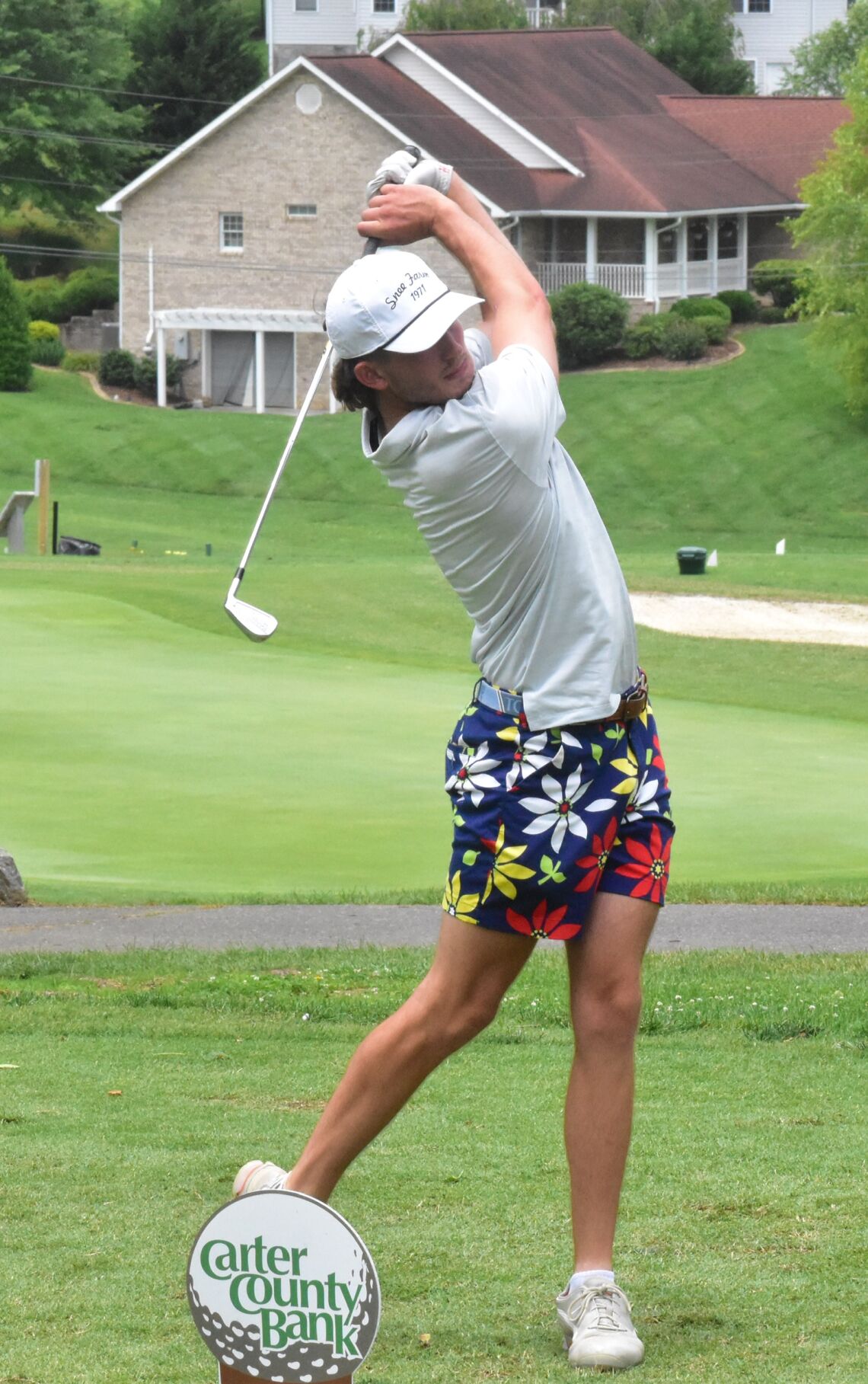 Chance Taylor outlasted all challengers down the stretch, making birdies on the final two holes to win by one stroke. 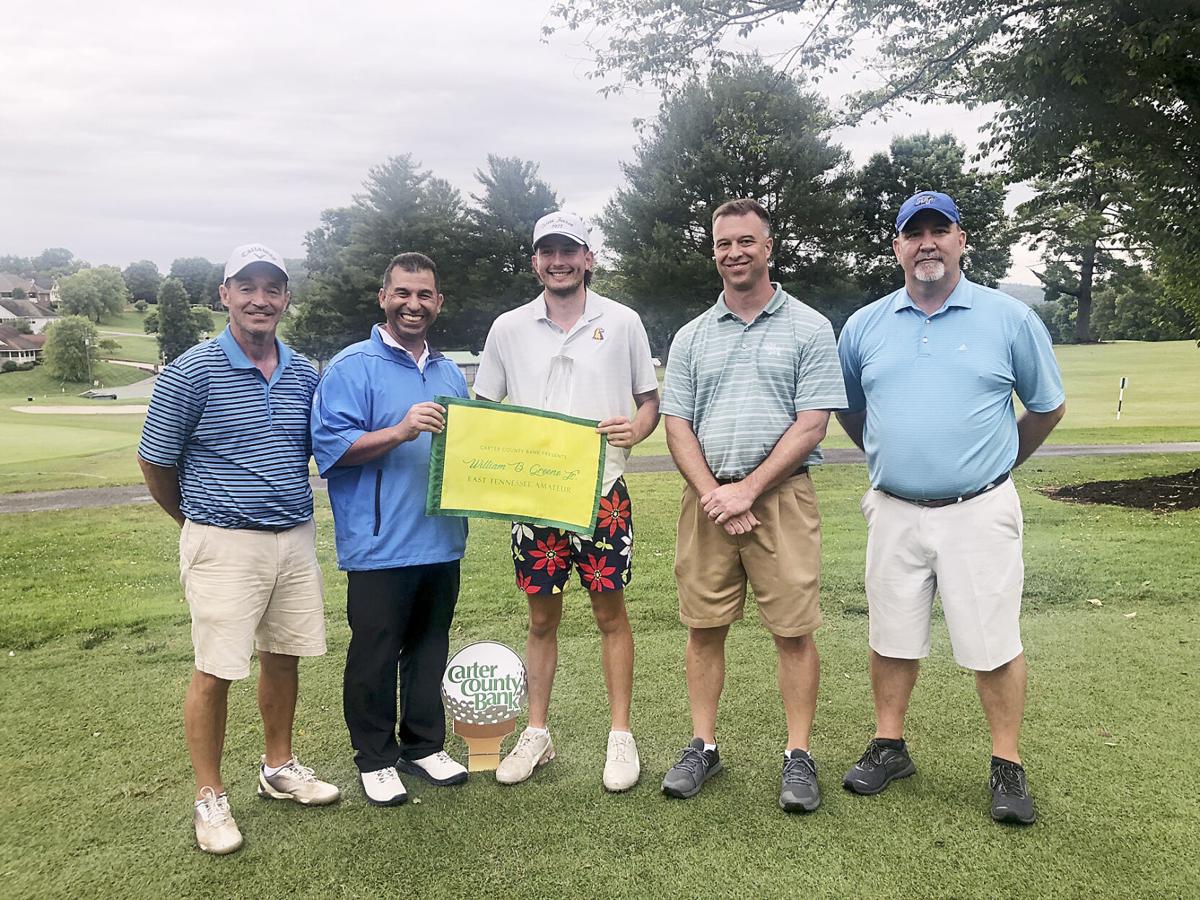 Champion Chance Taylor with tournament officials after his big win. 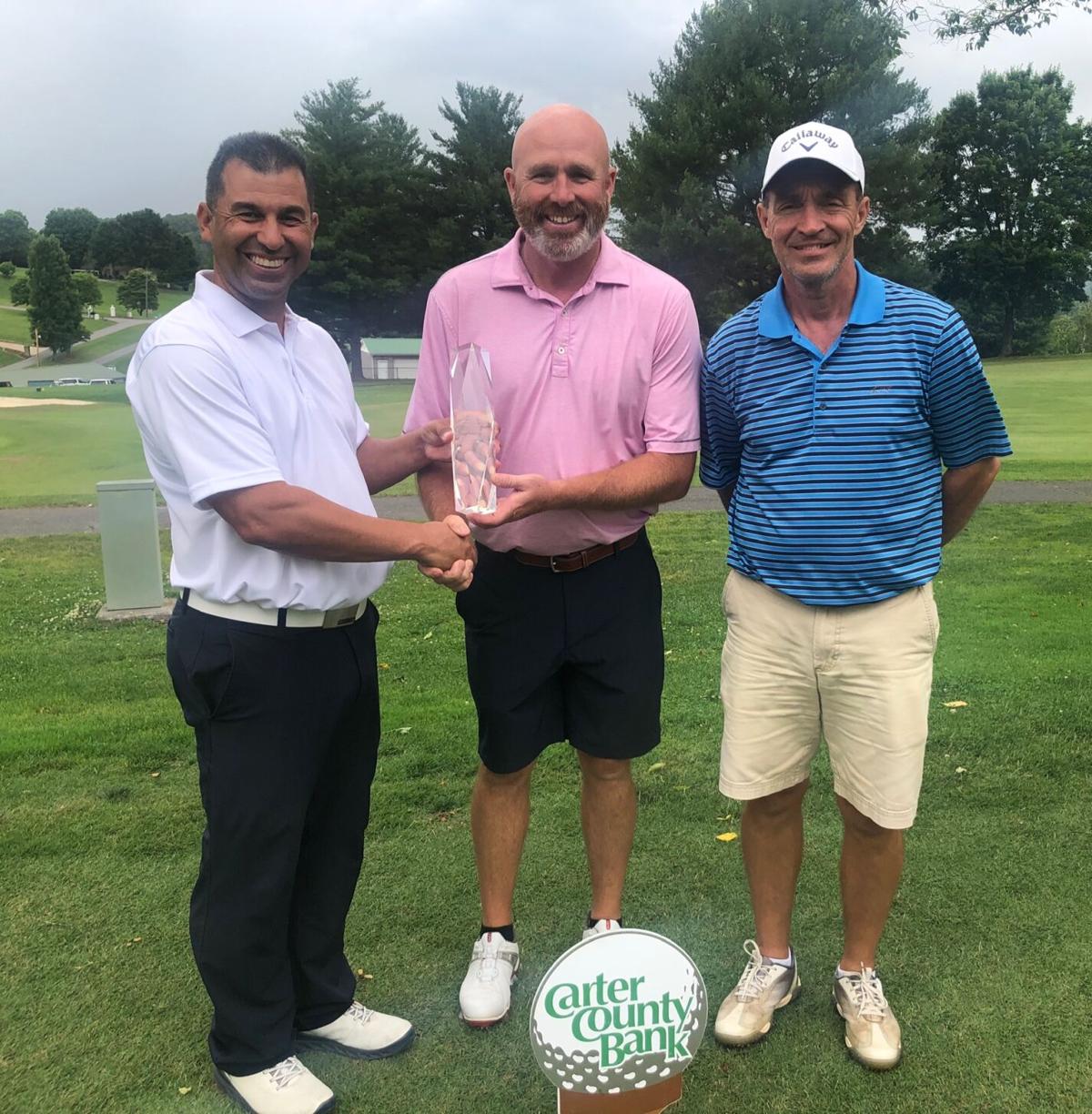 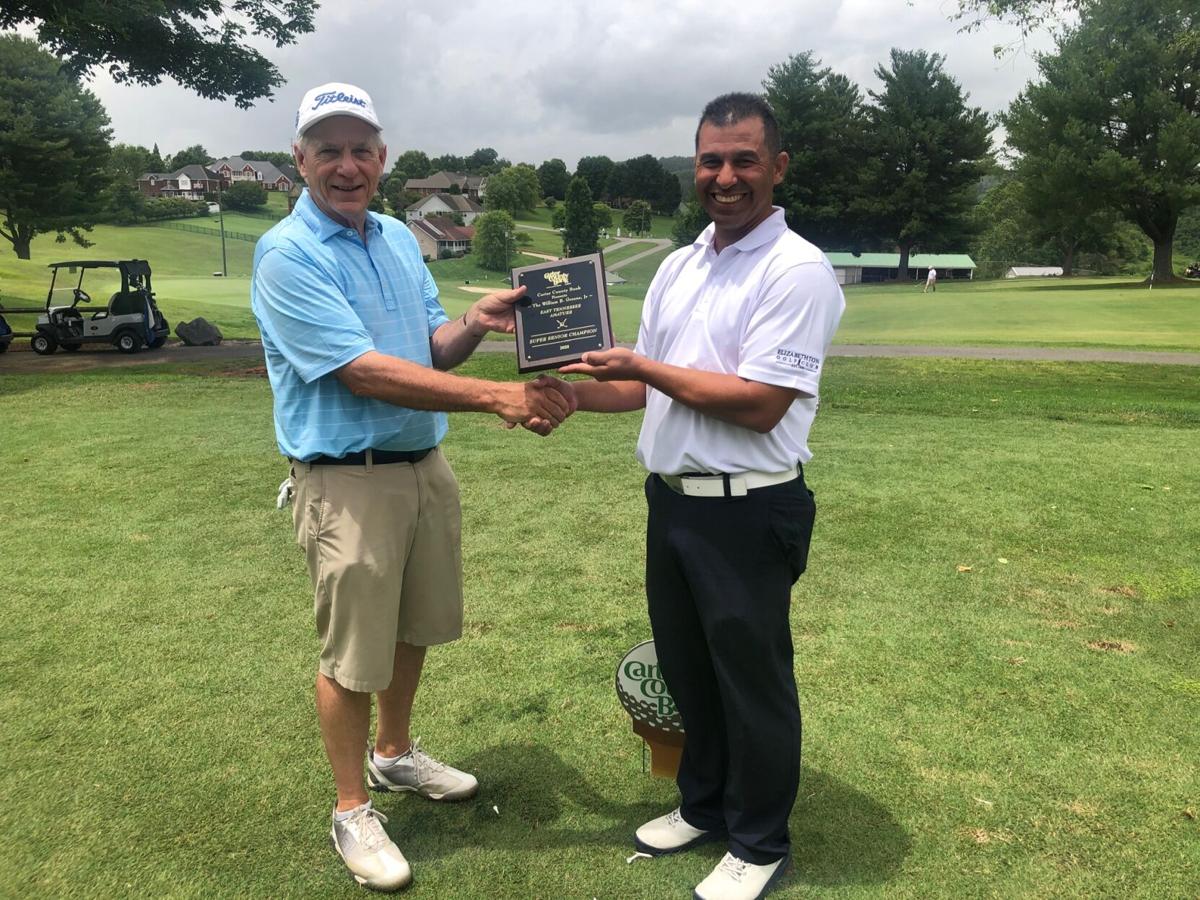 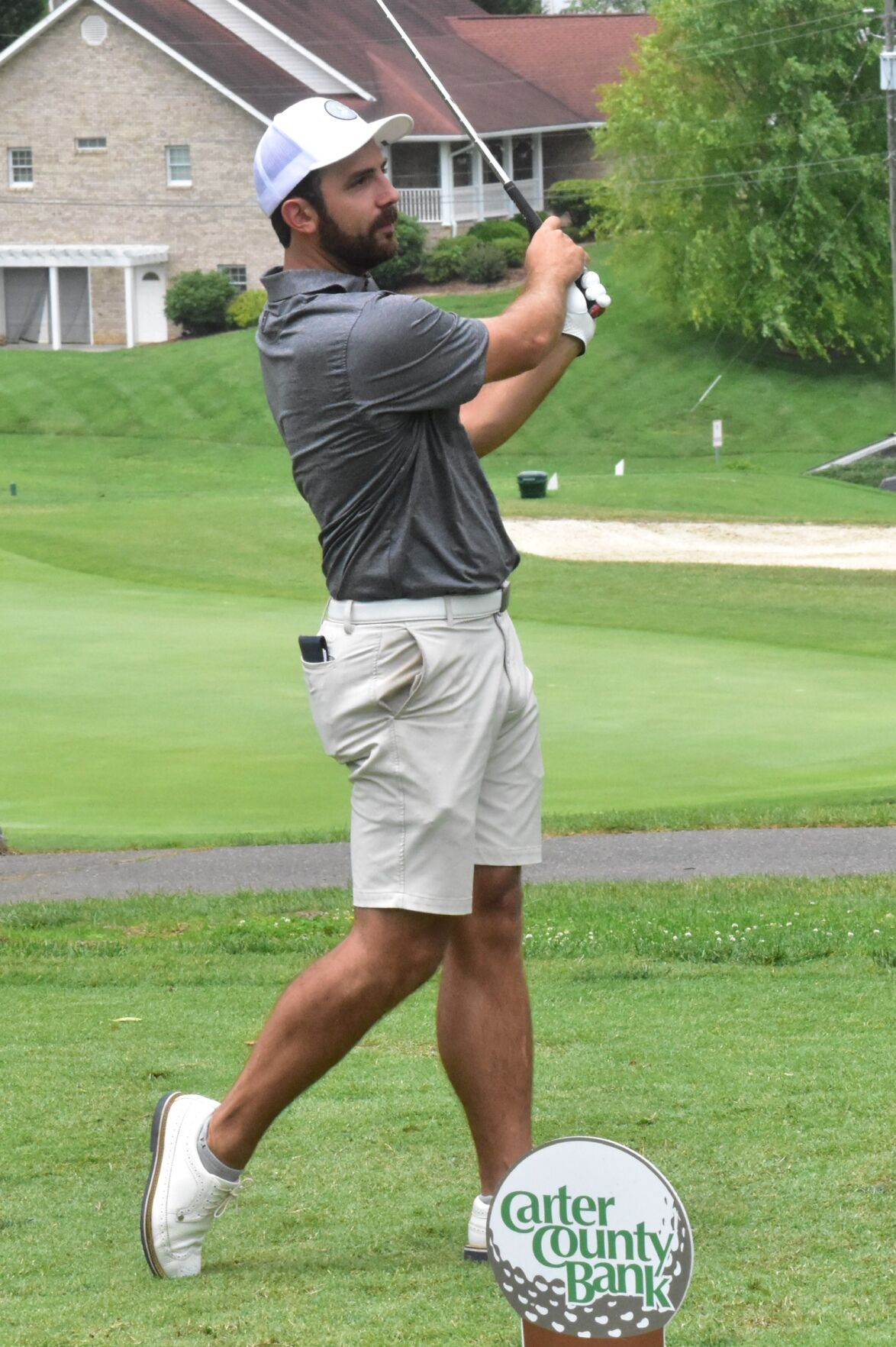 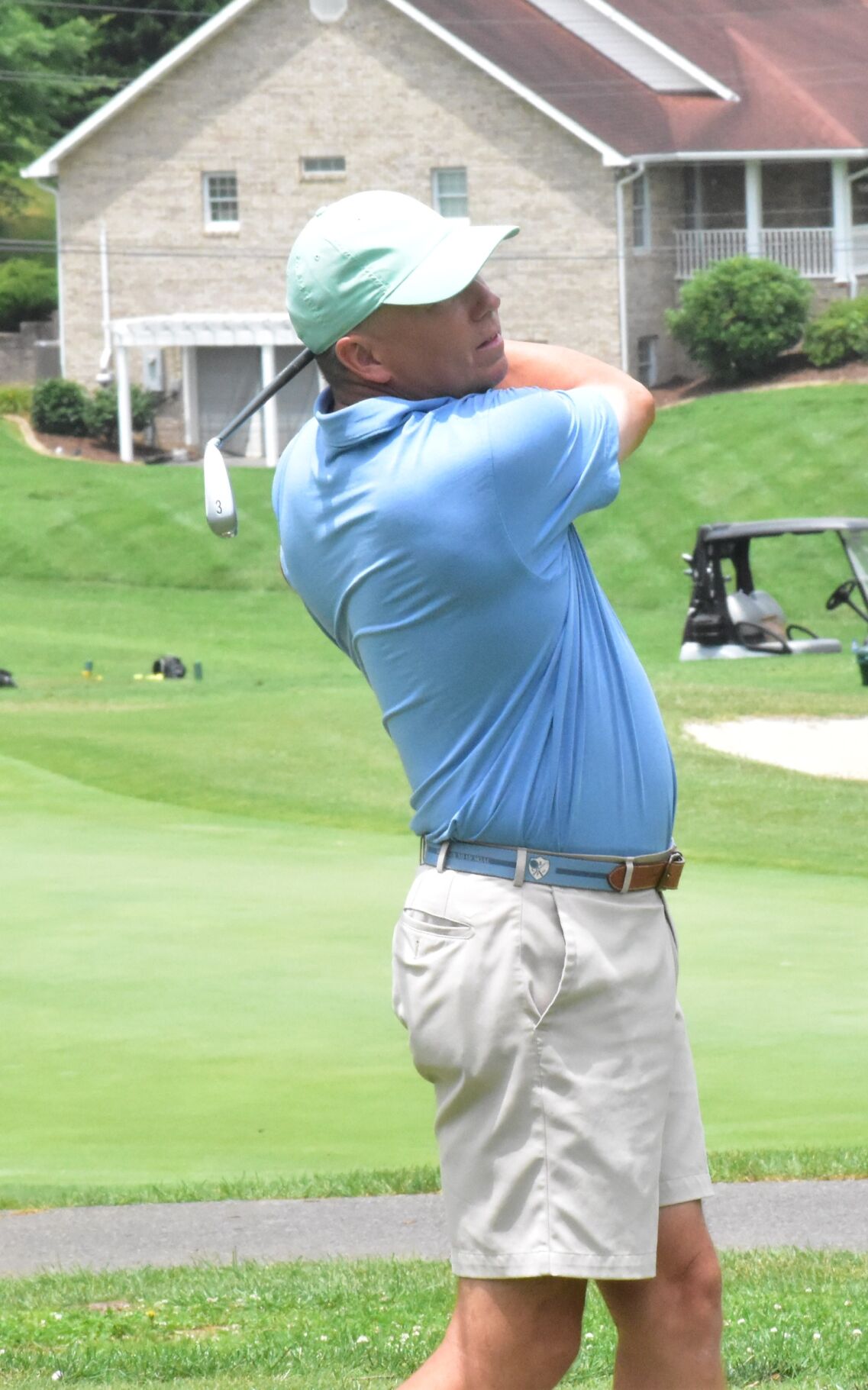 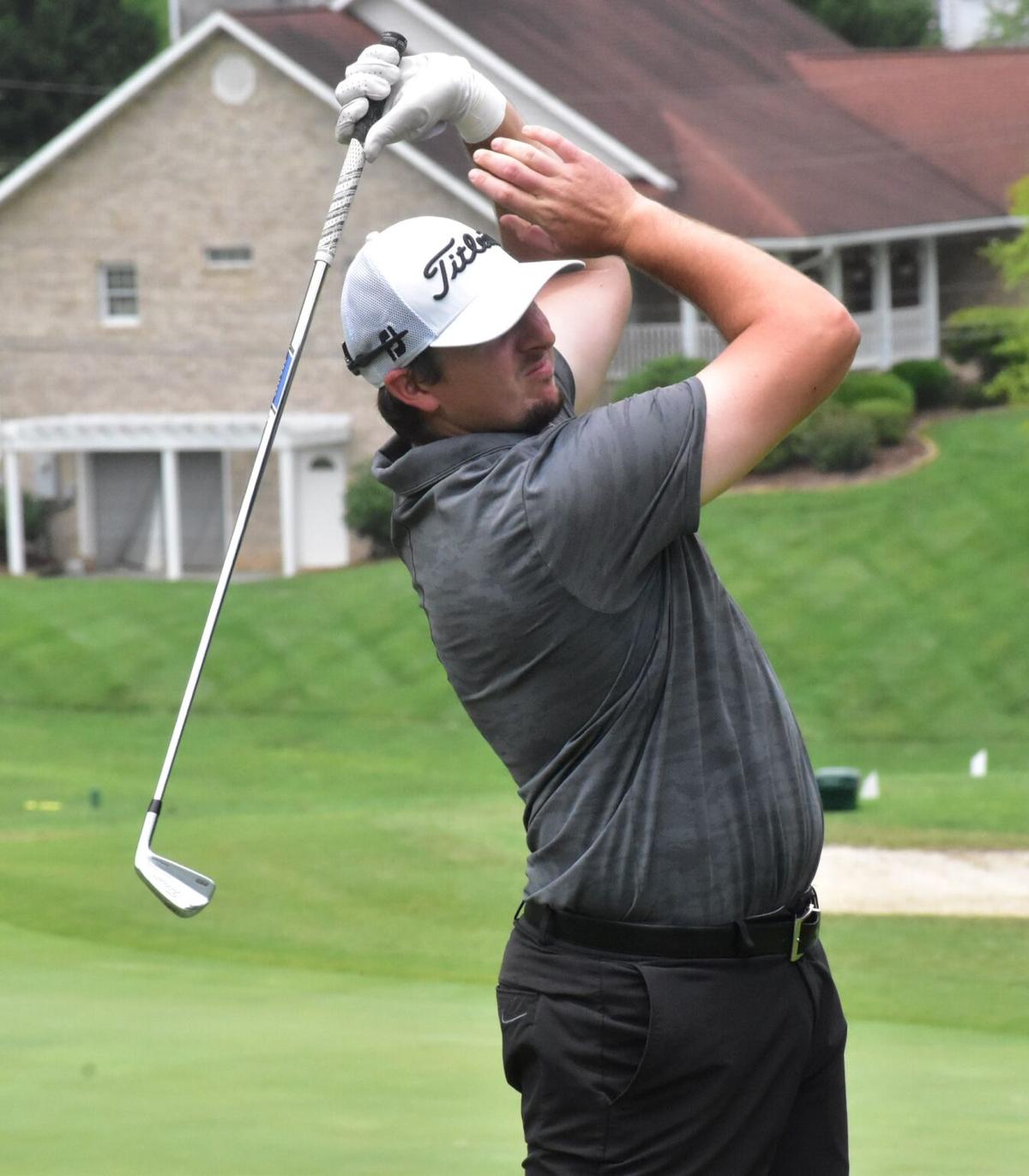 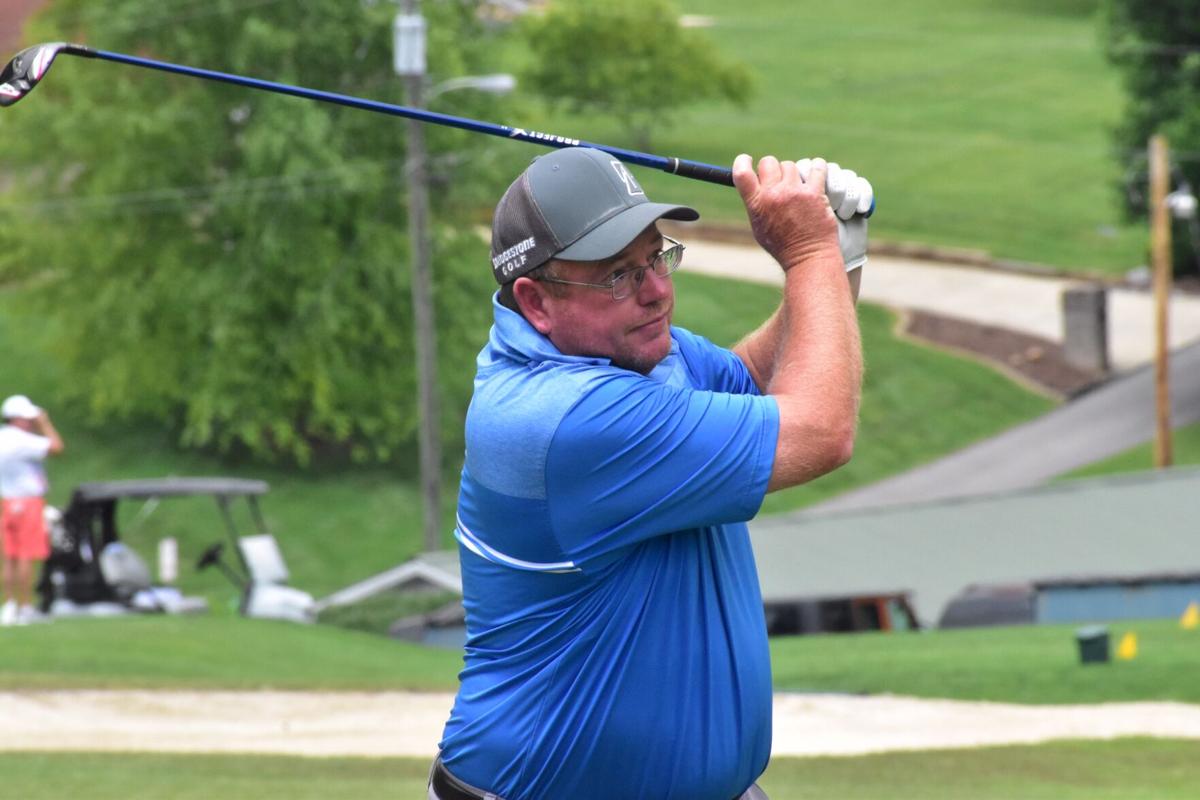 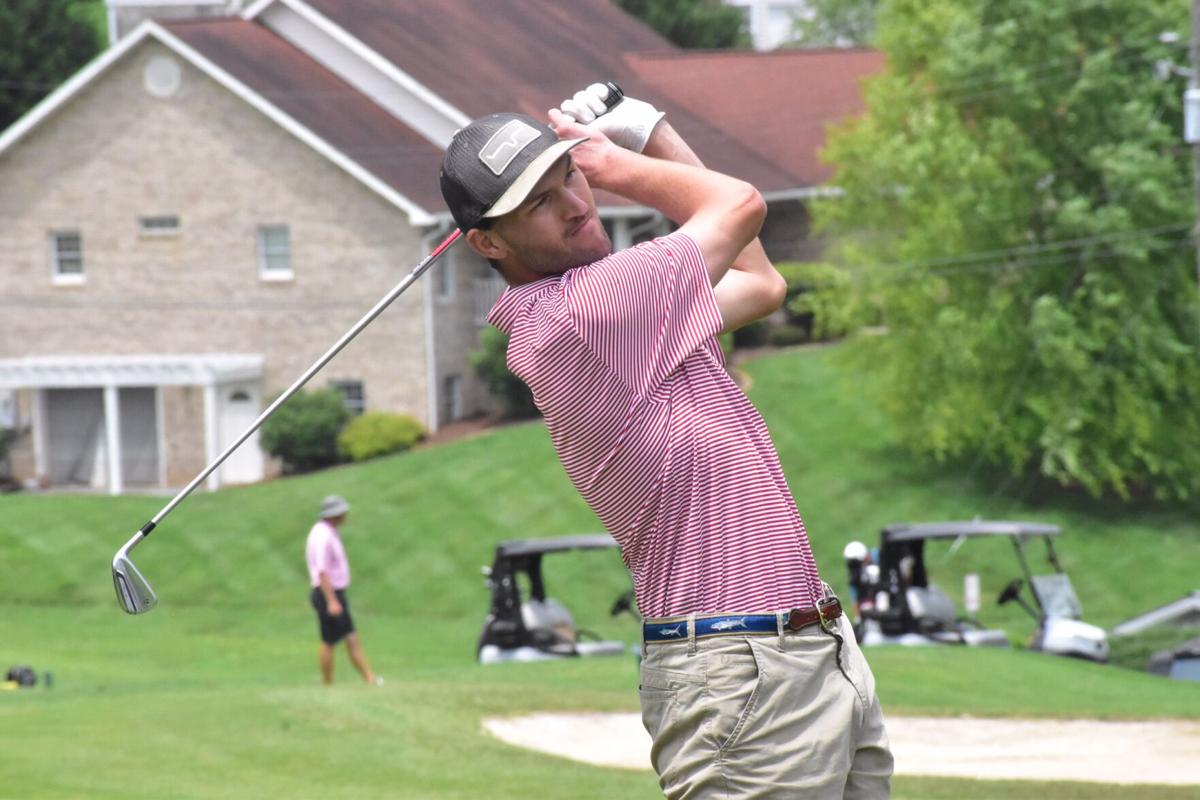 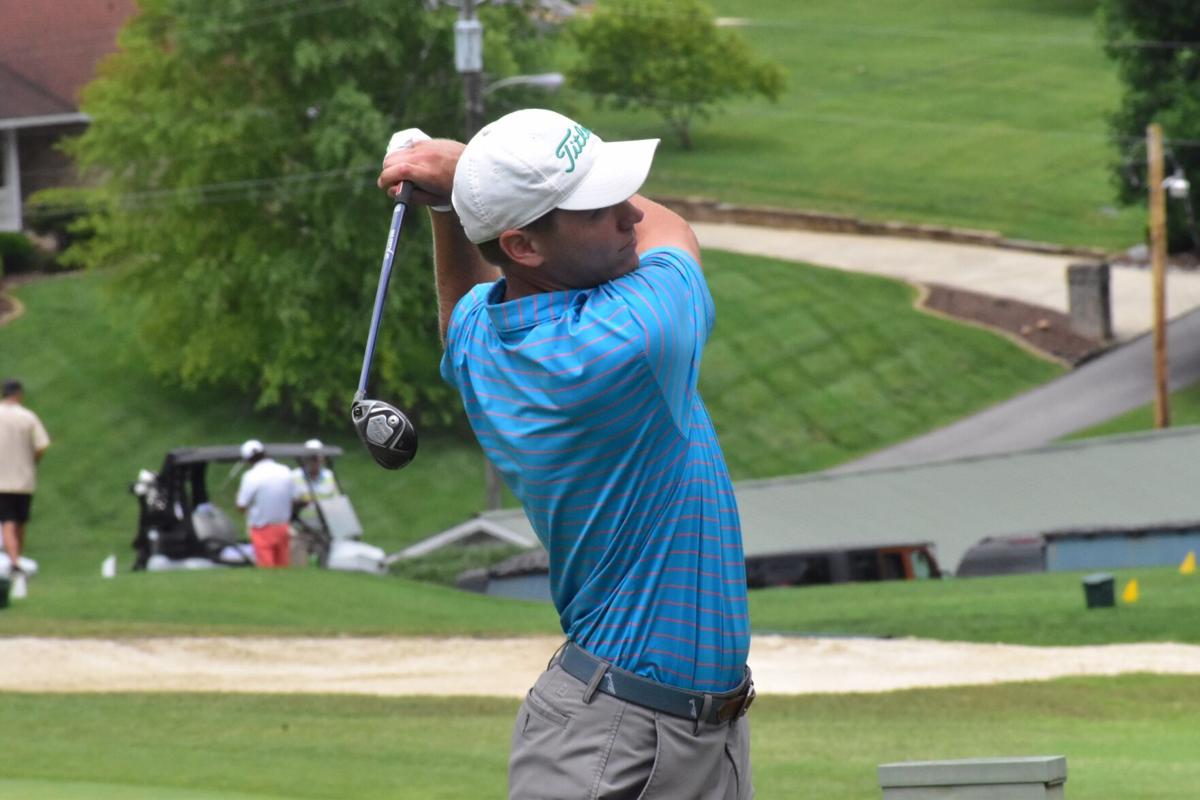 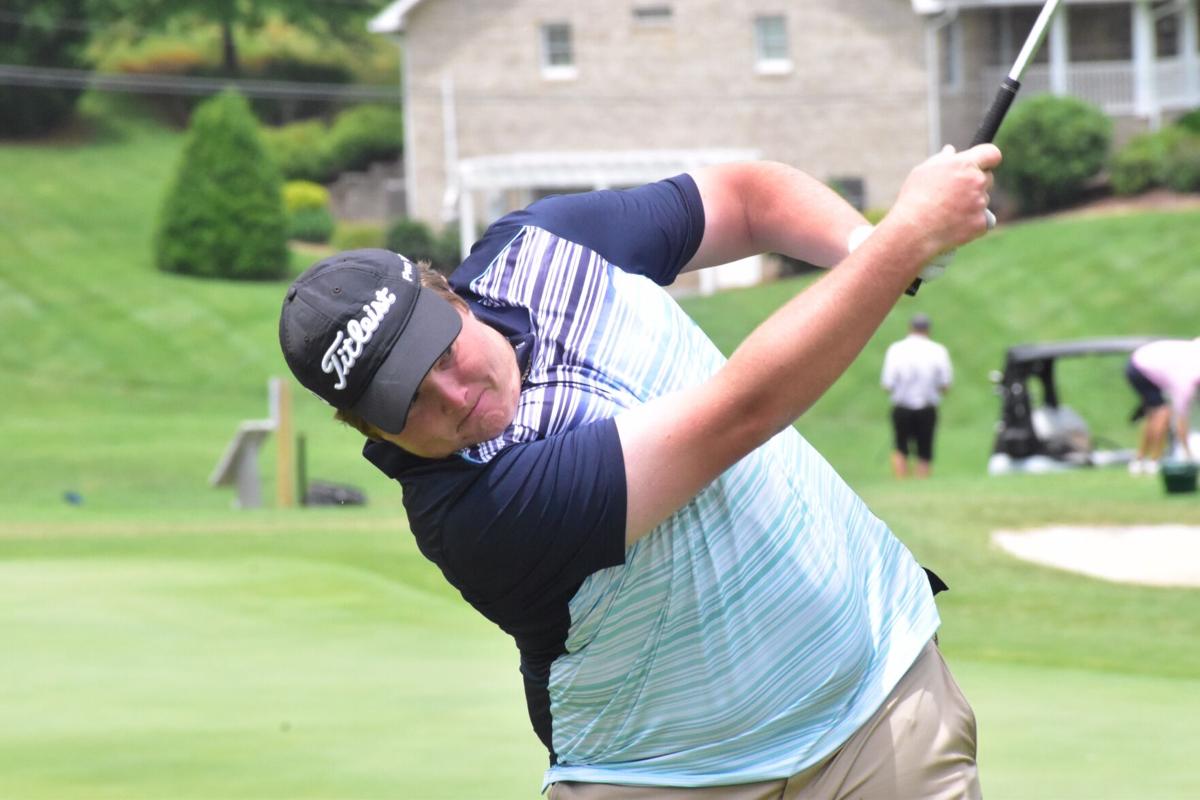 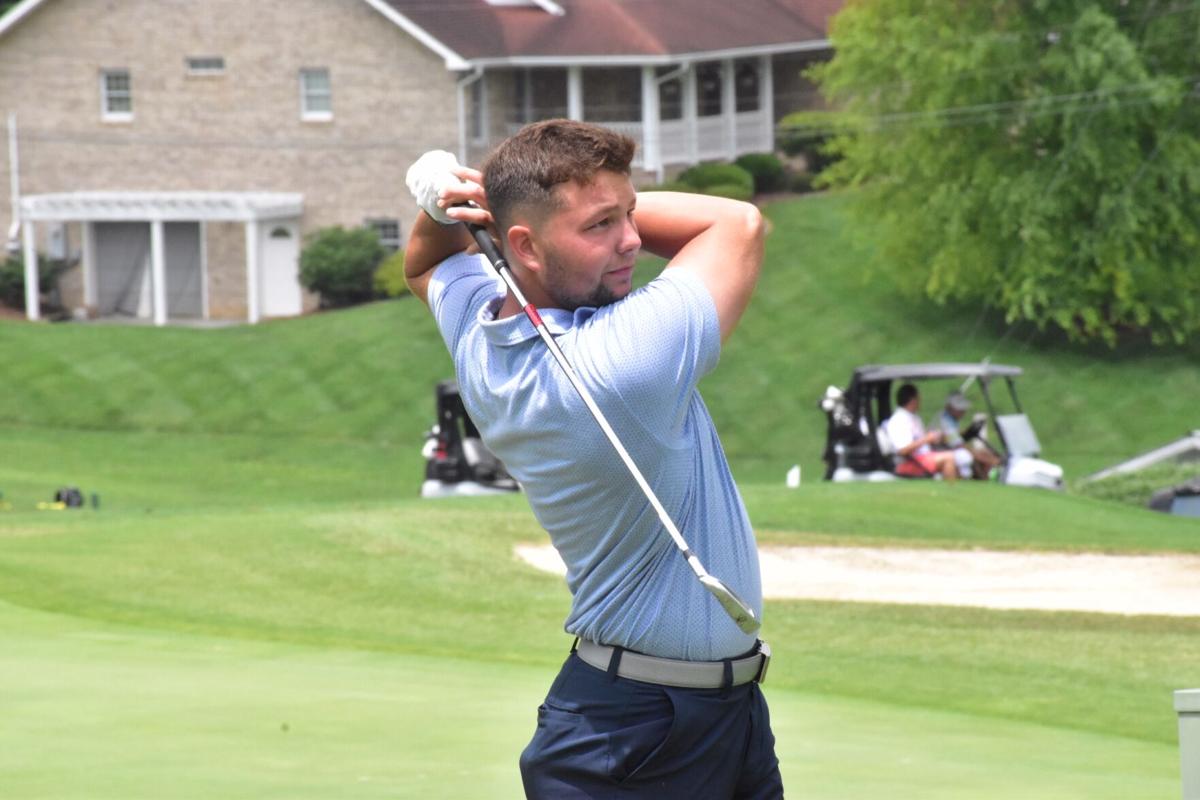 Chance Taylor outlasted all challengers down the stretch, making birdies on the final two holes to win by one stroke.

Champion Chance Taylor with tournament officials after his big win.

ELIZABETHTON — Chance Taylor thought his opportunity to win the William B. Greene East Tennessee Amateur golf tournament might have been washed away when the skies opened up Sunday.

But Mother Nature intervened and Taylor birdied the final two holes to win the 27th edition of the event at Elizabethton Golf Course.

“It feels great,” said Taylor, who posted three rounds of 70 and became the first champion to win without a round in the 60s. “It was a little ugly out there at times but that didn’t matter.”

Taylor’s final round was a wild ride with seven birdies, all kind of bogeys, thunder, lightning and rain. In fact, when the skies opened up during the second of two lightning delays, Taylor’s chances of winning seemed to be gone. Had the course become unplayable — and it was getting close — the final round would have been cut short to nine holes. Taylor wasn’t in good shape at one over par for the day.

Luckily for the Gate City native and Tennessee Tech golfer, he got back out there and did most of his damage.

Still, Terry seemed to be in the driver’s seat, holding the lead until the final four holes.

“I thought I had to go birdie, birdie, birdie to have a chance,” Taylor said. “At 16 I missed a short one and that kind of took the wind out of my sails.”

Instead, Terry bogeyed the 16th, one of the shortest par-fours on the course, giving Taylor and the others a chance.

Taylor’s tee shot at the par-three 17th stopped 12 feet from the hole and he drained a curling putt to forge what was a four-way tie for the lead.

With Lane, the two-time defending champion, already in at five under par, Taylor, Lowe and Terry came to the 18th hole knowing a birdie could win it.

Lowe’s driver slipped as he hit and his tee shot was as far right as anybody could ever remember on the 18th hole. He still managed to find the green some 20 feet from the hole.

Meanwhile, Terry and Taylor both hit their approach shots to about six feet.

When Lowe missed his birdie try, the stage was set.

Terry went first after a measurement determined he was away and narrowly missed a slippery putt. Taylor stepped right up and drilled the putt for the victory.

“It feels great to be able to do that,” Taylor said.

Lane fell just short in his quest to become the first golfer to win the ETA three years in a row. He put himself behind the eight ball Saturday when he shot a 75 that left him at even par and needing a big final day. He fashioned a 67 that gave him a chance — until Taylor came in two groups later.

“I really just had nine holes, the back nine yesterday, I shot 40. That’s probably going to be the difference. That’s the fun of this course. If you hit good shots, you can make birdies. If you get out of position, you struggle to make pars. That’s why we love coming here.”

Terry closed with a 70. Lowe, who began the day with a two-stroke lead, shot 73.

“Chance did what he had to do at the end,” Lowe said. “It was fun to be in that position.”

First-round leader Joe Brooks (69), Lawrence Largent (70) and Gibson Miller tied for fifth at three under par. Former ETA champion Bryan Sangid was two shots behind them after a 70.

Cole Greer made a hole-in-one during the match play portion of the tournament.

Greer aced the 10th hole, playing about 120 yards, with a sand wedge. He did it in a consolation-round victory over Brad Headrick.

For his efforts, Greer was awarded the flag from the 10th hole after the conclusion of the tournament.

Mays, in his first year as a 50-year-old golfer, shot 69 to finish at seven under par.

The two were tied at five under par at the turn before Mays pulled away thanks to some birdies and an untimely double-bogey by Daniels at the the 12th hole.

Bryan Rodgers was third at one over, followed by two-time defending champion Mike Woods, who was at 4 over.

Morristown’s Mike Mills completed a wire-to-wire victory in the Super Senior Division for players 65 and over. He shot 77 to finish at 220, four over par.

That was good enough for an eight-stroke victory over Bob Ross, who finished with a 75. Pat Kenney was third after a closing 77.