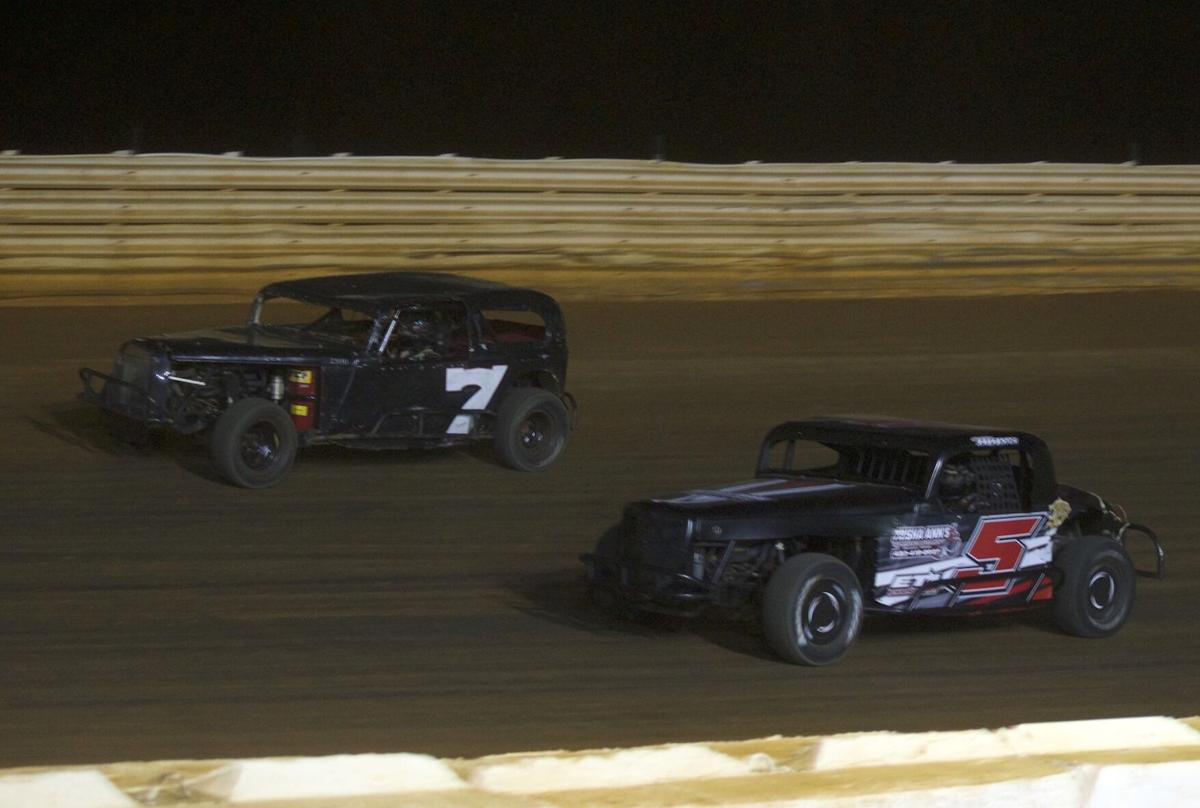 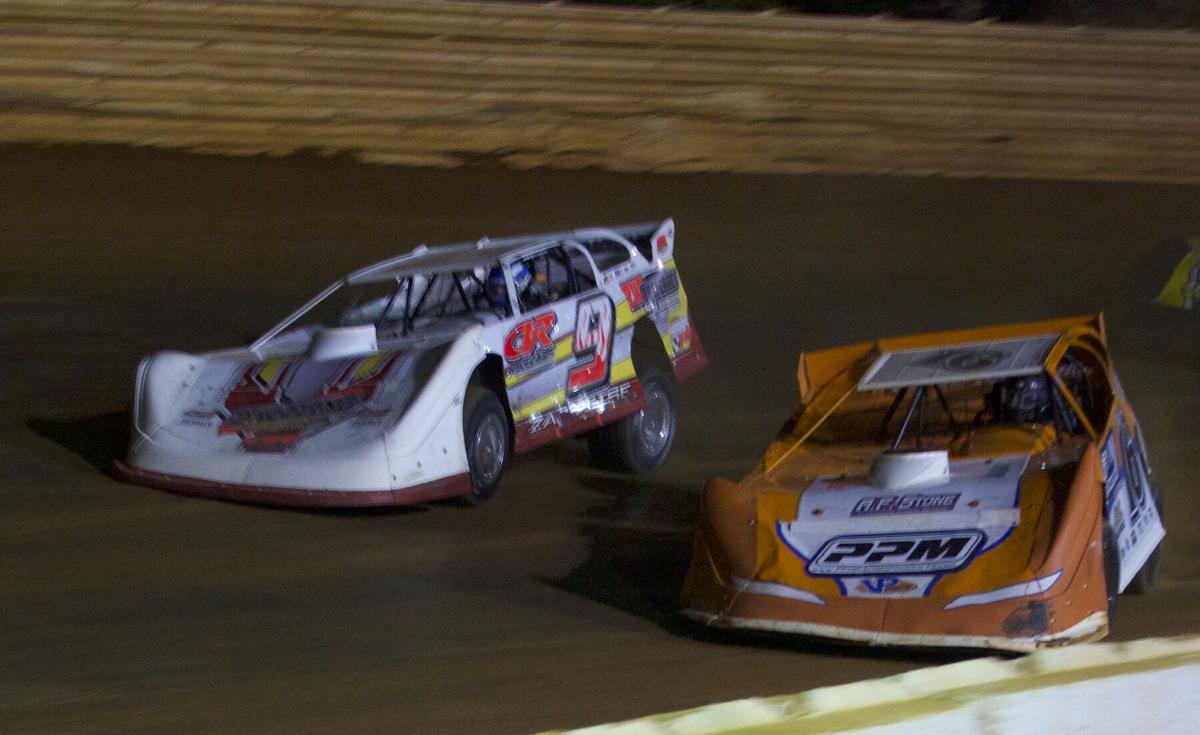 Zach Sise (9) goes to the outside of Cam Weaver (16) to take the lead in Saturday's Crate Late Model feature at Volunteer Speedway. 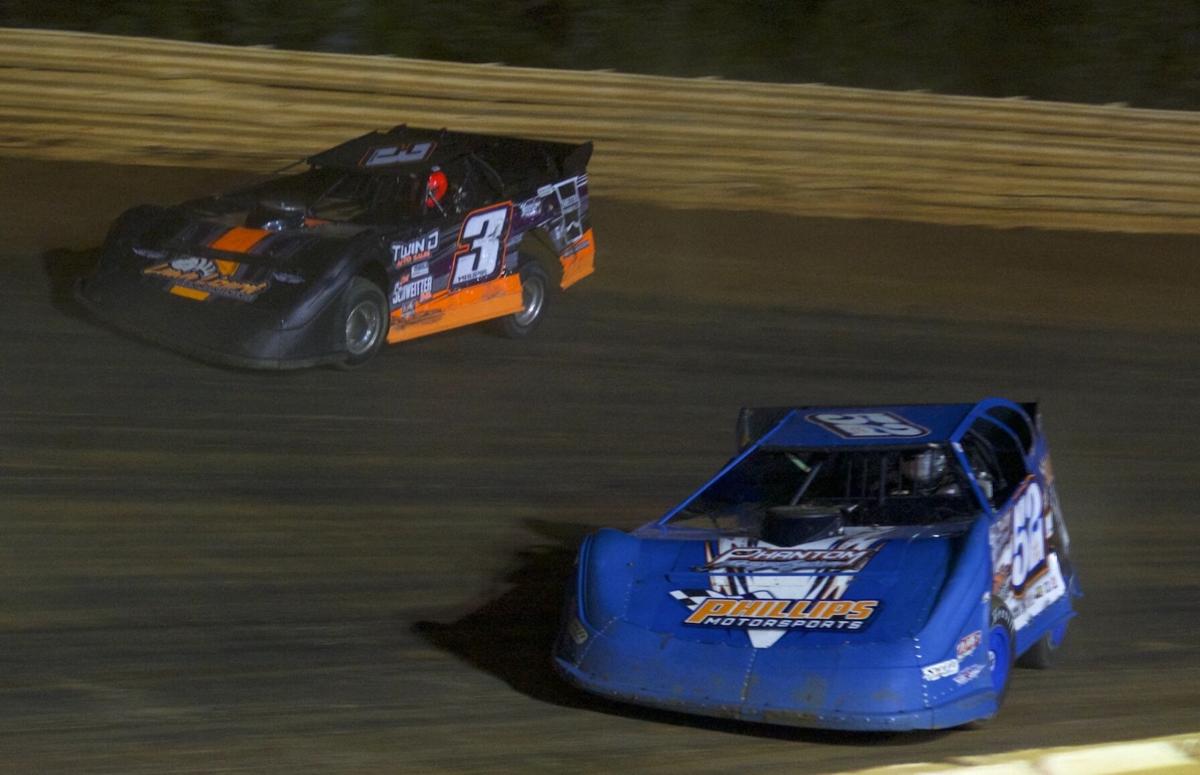 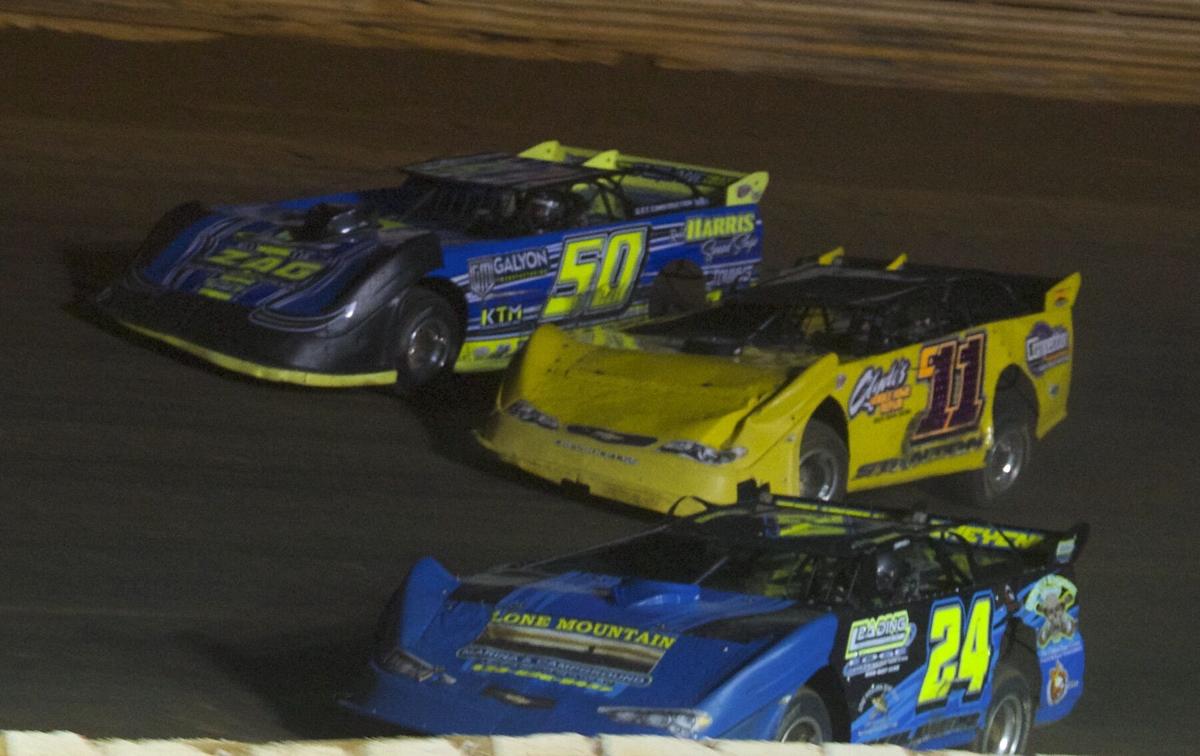 Clyde Stanton (11) makes the winning pass on Adam Mitchell (50) as they race around the lapped car of Andy Wilder (24) during Saturday's Sportsman Late Model feature at Volunteer Speedway.

Zach Sise (9) goes to the outside of Cam Weaver (16) to take the lead in Saturday's Crate Late Model feature at Volunteer Speedway.

Clyde Stanton (11) makes the winning pass on Adam Mitchell (50) as they race around the lapped car of Andy Wilder (24) during Saturday's Sportsman Late Model feature at Volunteer Speedway.

BULLS GAP — John Stevens raced to the win as Bobby Mays was left fuming at the end of Saturday night’s “King of the Gap” Classic feature at Volunteer Speedway.

Living up to the class name, it was a classic battle at the end as Stevens held off Mays for the final 10 laps of race. Stevens, the two-time defending track champion from Harlan, Kentucky, ran the high side of the 4/10-mile dirt track in his black No. 7 machine. Mays, a Jonesborough driver in the black No. 5, made multiple bids to pass him on the low side of the track, but Stevens had the momentum to hang on for the win.

Mays led the first 15 laps of the race before contact from then second-place Josh Chesney allowed Stevens to get by. With damage on the left rear quarter panel of his race car, Mays showed his displeasure by bumping into Chesney after the race.

Chesney retaliated, slowing down at the entrance to pit road as supporters of both drivers argued in the pits afterward.

“He wants to go into the corner and race five miles per hour over his head,” Mays said. “He just destroyed a good-looking car. You can look at his rag over there and tell he doesn’t care about it. Anytime that something gets torn up on our car, it comes from some dummy like him. You’ve got them in every sport, but I will say he never wants to start a race in front of me.”

Stevens, who won his fifth race of the season, had a bird’s-eye view of the incident in front of him.

“Josh went in a little hot. I hate that for Josh and Bobby; I like them both,” Stevens said. “We were just in the right place at the right time.”

After being in the right place, Stevens fended off a hard-charging Mays for the win. Mays pulled alongside with two laps to go, but Stevens had the momentum to surge back ahead.

“We had equally-matched cars. Mine was a little better in turn 2 and his was in turn 4,” Stevens said. “I knew at the end he was going to dive under me so I went low, hoping he would follow. It worked out.”

Zach Sise started on the outside pole, but kept the momentum by rim-riding the top of the track to take the lead from Cam Weaver.

Sise, a Knoxville driver, proceeded to lead the rest of the 25-lap feature for his second win of the season.

“We took off and got going. We’ve been really fast every time we’ve come up here so I’m happy about that,” Sise said.

Clyde Stanton muscled past Adam Mitchell as the Knoxville drivers went to the outside of a slower car on the final corner of the Sportsman Late Model feature.

Stanton took the lead first on lap 17, completing a slide job only to have Mitchell return the favor on the next lap.

“I backed up a little to give me room to work,” Stanton said. “A couple of times he pushed, but I was too close to him. I backed it up three or four cars, got a run at him and it worked out.”

Wayne Rader from Parrottsville emerged from a three-wide battle with Rex Coffey and Tony Trent for his fourth win of the season. Darrell Teffeteller of Blaine led flag-to-flag for his first-ever Front Wheel Drive victory.