Woman dies from injuries in Johnson City I-26 crash 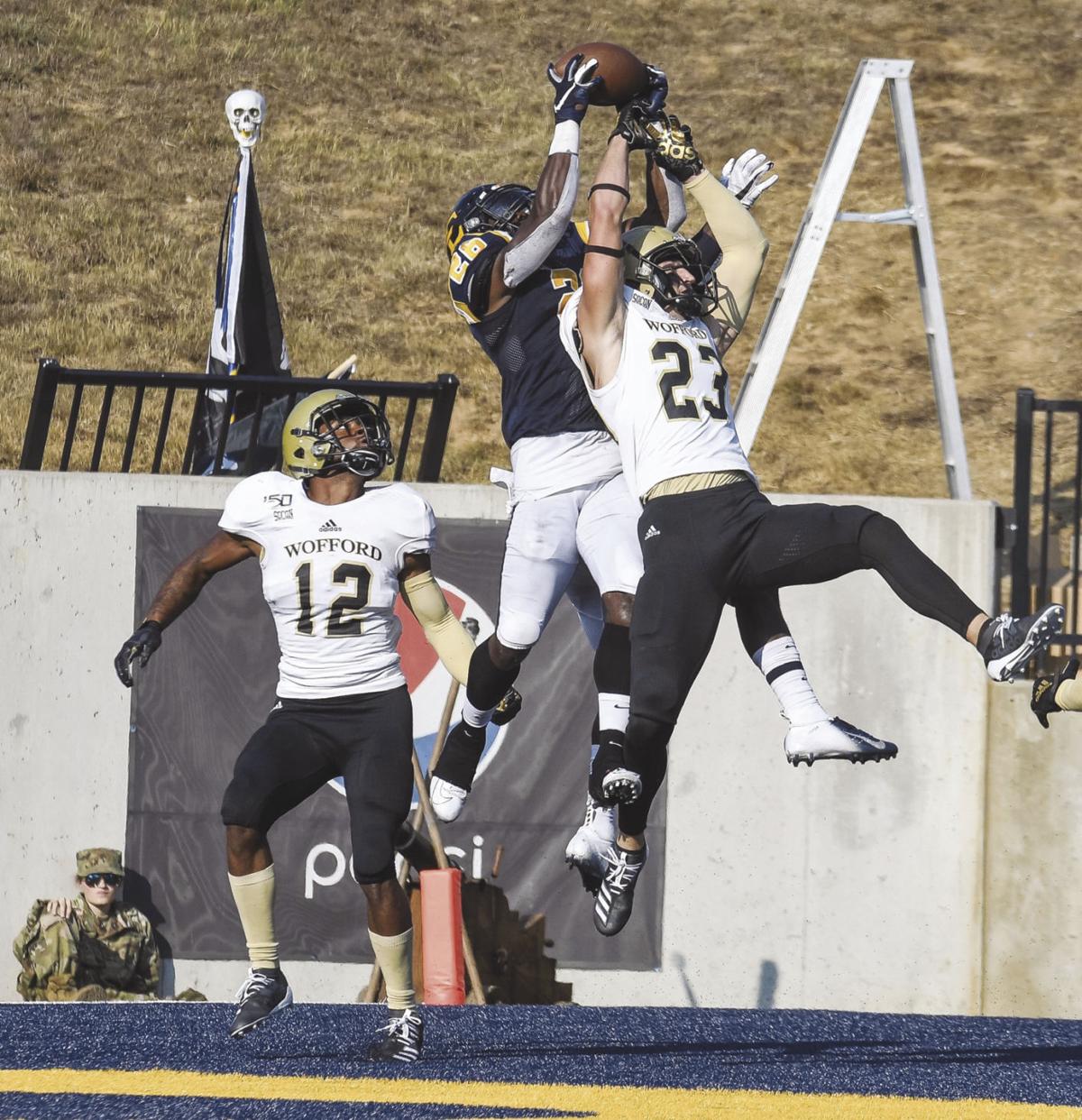 Artevius Smith picks off a pass against Wofford. 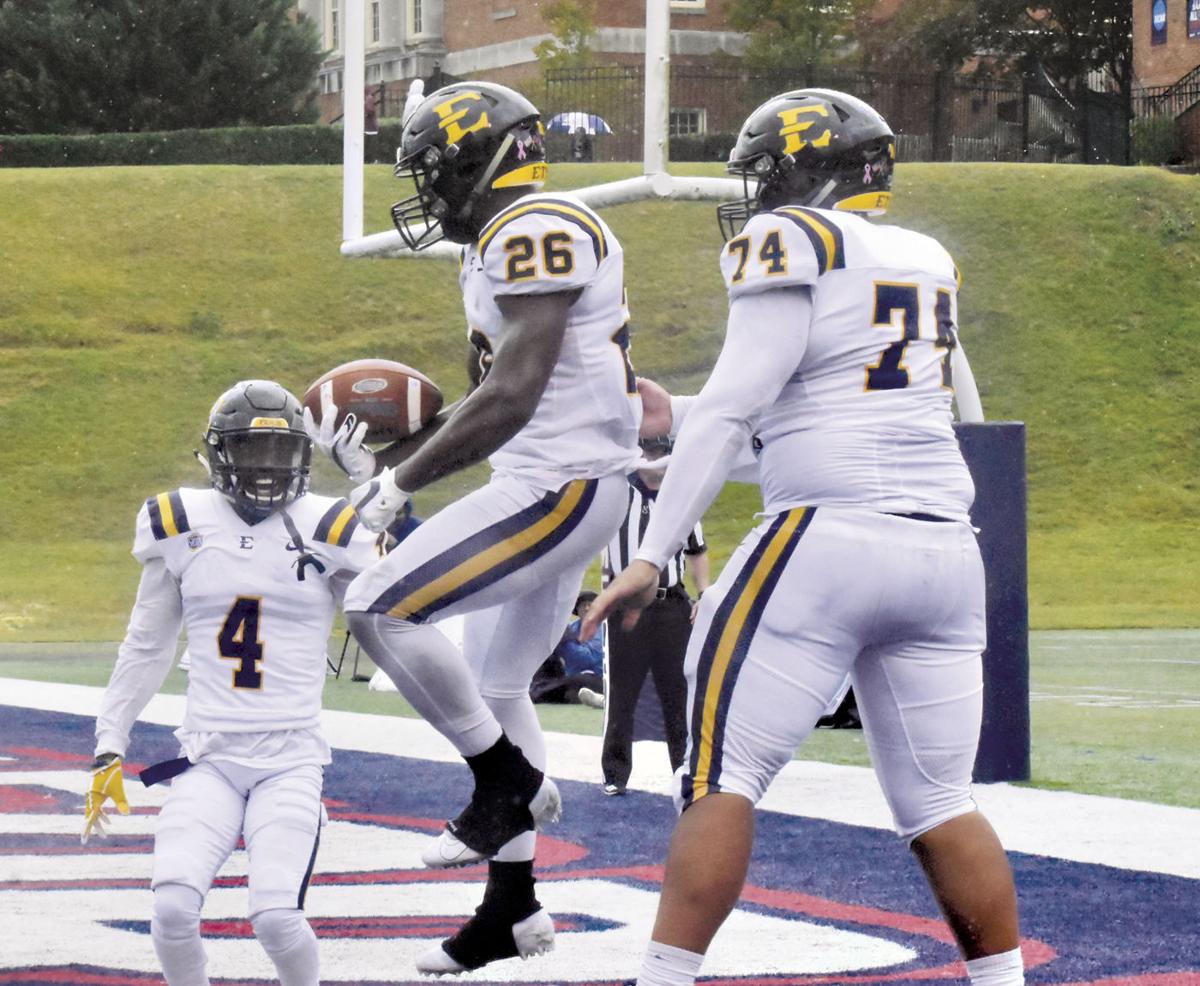 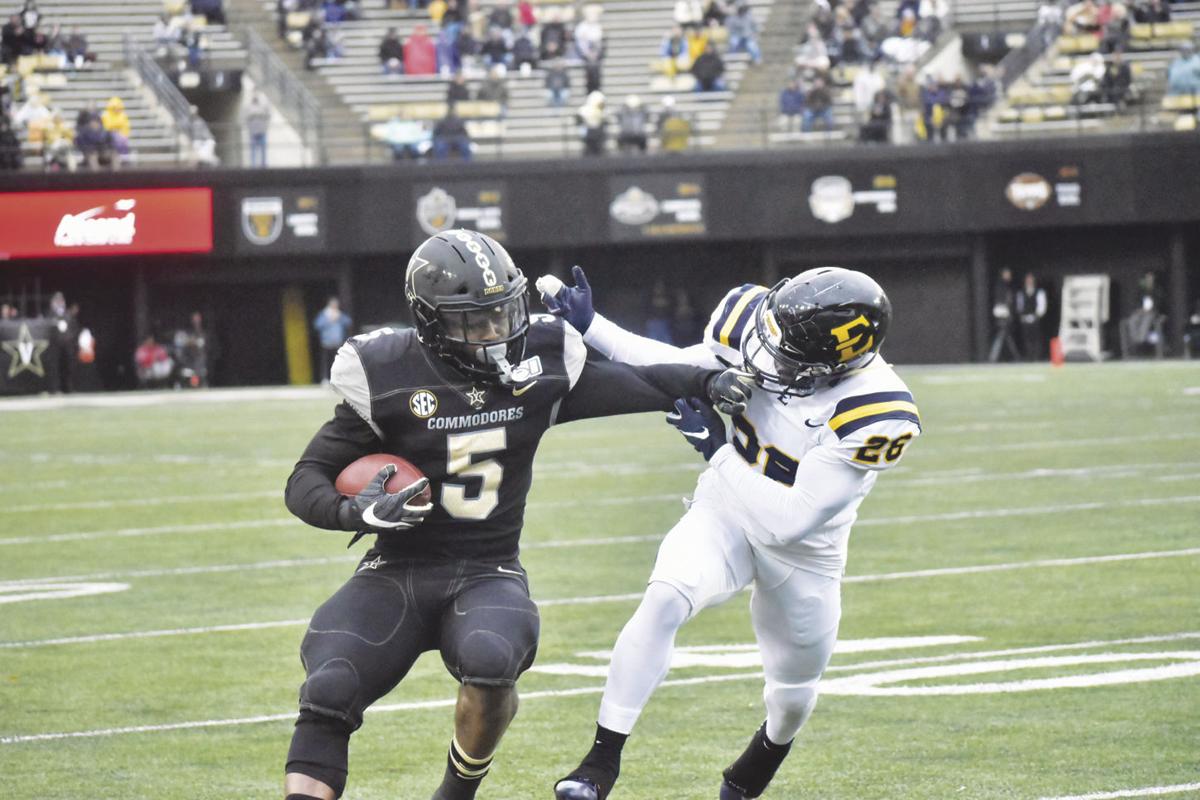 ETSU’s Artevius Smith fends off a stiff-arm from Vandy’’s Ke’Shawn Vaughn to make a tackle.

Artevius Smith picks off a pass against Wofford.

ETSU’s Artevius Smith fends off a stiff-arm from Vandy’’s Ke’Shawn Vaughn to make a tackle.

Artevius Smith knows he’s a long shot, but he’s giving it everything he’s got.

With the NFL draft coming up later this month, the former East Tennessee State safety just wants a chance.

Smith, who led the Southern Conference in interceptions last season and was one of the league’s top tacklers, said two teams — the Tennessee Titans and Green Bay Packers — have shown at least passing interest in him.

“They both talked to my agent, and the trainer I was working with said they were asking about me,” Smith said. “I think the Titans were the most interested of everybody. That was exciting to hear. They wanted to see my pro day and I was excited to do that and show them I can put up numbers just like anybody else.”

The one number Smith has to overcome is the 179 pounds he was listed at during the season. He says he actually dropped to 178 by the end of the Bucs’ season, but shot up to 185 before ETSU’s pro day. He says he’s over 195 now, thanks to a training regiment he undertook in Atlanta, and that might answer one of the biggest questions NFL teams will have about him.

“Working down there I started working some muscles that I hadn’t been working like I should have been,” he said. “I gained weight and improved my quickness and how I move.”

Smith, from Birmingham, Alabama, bounced around the depth chart during his career at ETSU. He was a running back, a wide receiver and a kick returner before he found a home in the secondary. In his second year of playing safety, he was selected as a second-team All-American by the Associated Press.

“I just took my opportunity and made the best of it,” he said.

Ask Smith why an NFL team should consider drafting him and he’s quick to answer.

“I can tell them that they would get a player with very good character,” he said. “One that brings a lot positivity and good vibes. I feel like I can bring play making to any team. I just feel I focus on the little details that will help me in the future and I just have a knack and the instincts for the game.”

The draft is scheduled for April 23-25 and will take place in the virtual world because of the coronavirus pandemic. Coaches and general managers will make their picks from afar as the public activities scheduled for Las Vegas were all canceled.

“I’m not too nervous,” Smith said. “I’d say it’s anticipation. I’ve prepared myself, still continue to work out and stuff. I’m doing position drills, getting my footwork right. I’m still very new to playing this position. I’m doing what I can on my part to make sure I’m prepared if the opportunity presents itself.”

Only 254 players were drafted last year so Smith knows the reality of the situation. Even if his name isn’t called, he’s hoping to catch on as an undrafted free agent. He figures if he can just get into a camp and show what he can do, good things might happen.