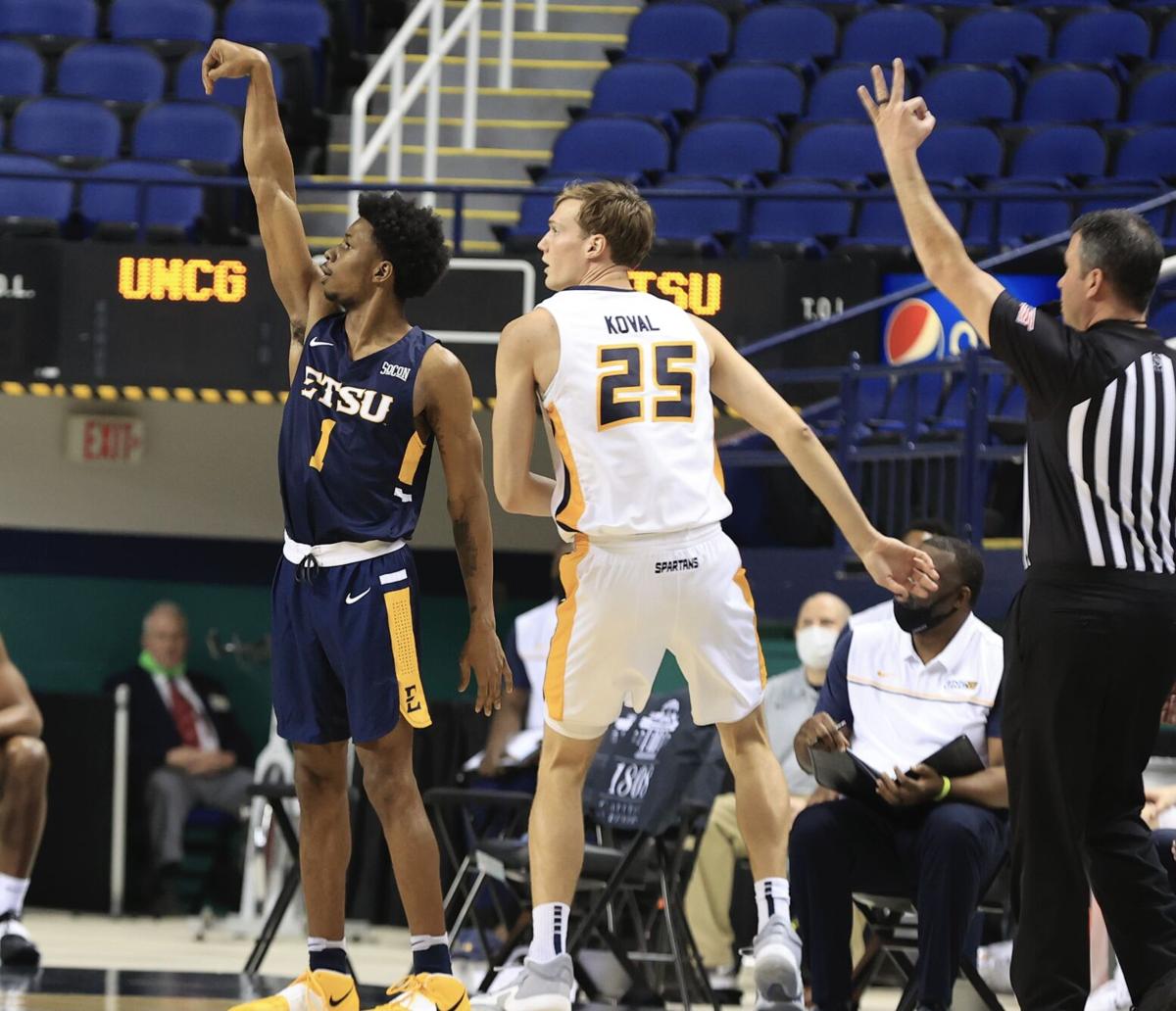 Serrel Smith follows through on one of his 3-pointers for East Tennessee State on Saturday. 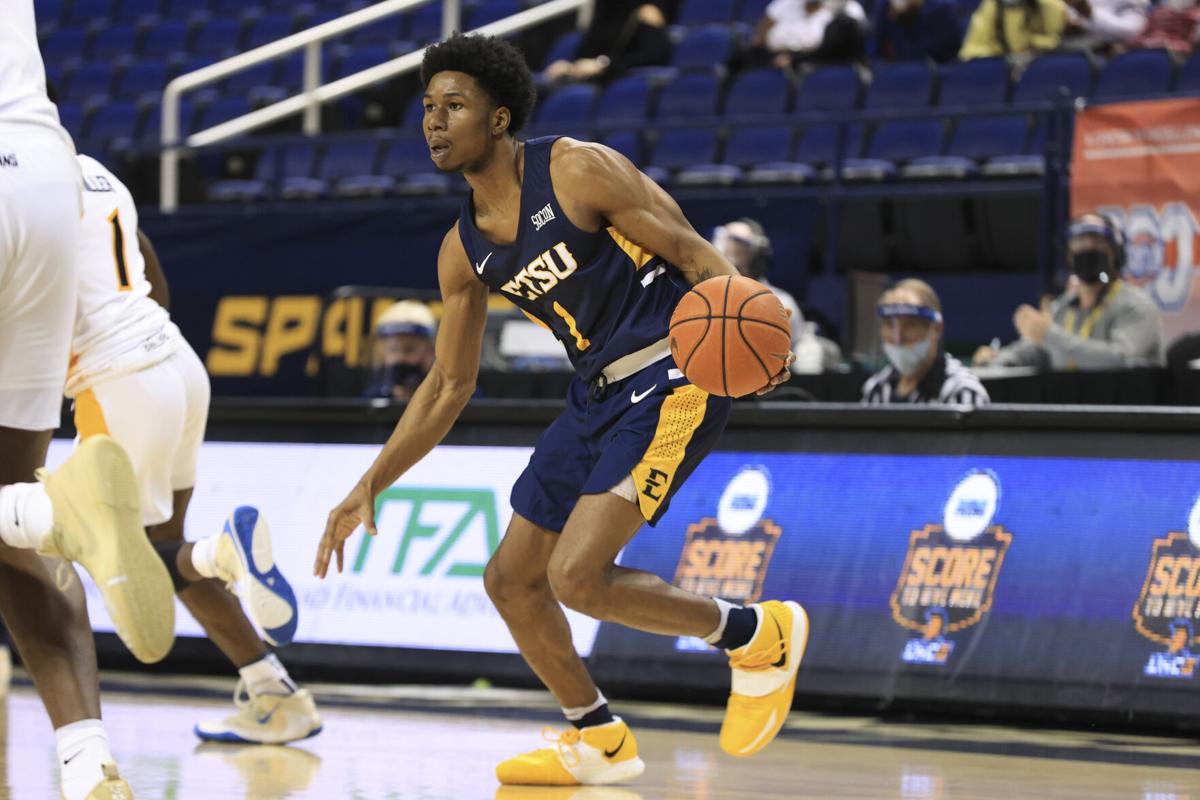 Serrel Smith follows through on one of his 3-pointers for East Tennessee State on Saturday.

Smith shook off a rough shooting start to the season to score a career-high 16 points as East Tennessee State rolled past UNC Greensboro 71-61 in a Southern Conference basketball game Saturday at Greensboro Coliseum.

“After struggling these past couple of games, it feels great, especially to come out on top with a win. It was good to be on a roll and getting back into my groove.”

Smith, a transfer from Maryland who was starting his second consecutive game, was shooting 29.8% coming in. He went 5 of 8 from the field, including 3 of 4 from 3-point range.

“Just super excited for him to finally see the ball go through the net,” ETSU coach Jason Shay said. “He hit some big shots.”

The Bucs improved to 6-4 overall, 2-0 in the SoCon in Shay’s first season as ETSU’s head coach.

“I’m just happy we keep improving from game to game,” Shay said. “One of my messages is ‘We’re either going to get better or get worse.’ ”

Isaiah Miller led the Spartans (5-4, 0-1) with 24 points. He was the only UNCG player in double figures.

ETSU out-rebounded the Spartans 46-29. UNCG had been averaging 10 more rebounds that its opponents.

“Coach emphasized that a lot,” Brewer said. “We can’t leave the big men down there alone. We crashed.”

Sixteen of ETSU’s rebounds came on the offensive end and they led to 22 second-chance points.

The Bucs jumped on the Spartans to start each half, pulling out to a 20-10 lead to start the game and then outscoring UNCG by eight points over the first seven minutes of the second half.

“The good starts settled us down,” Shay said. “If we didn’t get off to good starts, there would have been some panic, because playing from behind against this team is hard. They’re going to press the whole game.”

The UNCG press caused ETSU some problems, forcing 18 turnovers, but the Bucs out-shot the Spartans 45% to 33% while going 7 of 15 from 3-point range.

“When we get the looks that we want, we’re pretty lethal,” Shay said. “We’re pretty capable of knocking down shots.”

As UNCG missed 11 of its first 12 shots of the second half, the Bucs began to pull away from a 35-33 halftime advantage.

Back-to-back tap-ins by Richard Amaefule and Damari Monsanto put the Bucs up 51-36 before Smith’s 3-pointer after another offensive rebound from Vonnie Patterson stretched it to 54-36.

Even though the Bucs went almost seven minutes without a field goal midway through the second half, UNCG never got closer than eight points down the stretch.

Unlike in many of their previous games, the Bucs got off to a hot start. They made 10 of their first 16 shots, including six in a row, while getting off to a 25-13 lead. Brewer had 11 early points to get ETSU going.

The Bucs pulled ahead by 14 before UNCG used a 15-2 run to crawl back to within a point.

The Spartans, whose only lead of the night was 2-0, tied it up at 33 in the final minute before David Sloan’s layup right before the buzzer left ETSU up 35-33 at halftime. Sloan was back after sitting out a game for disciplinary reasons.