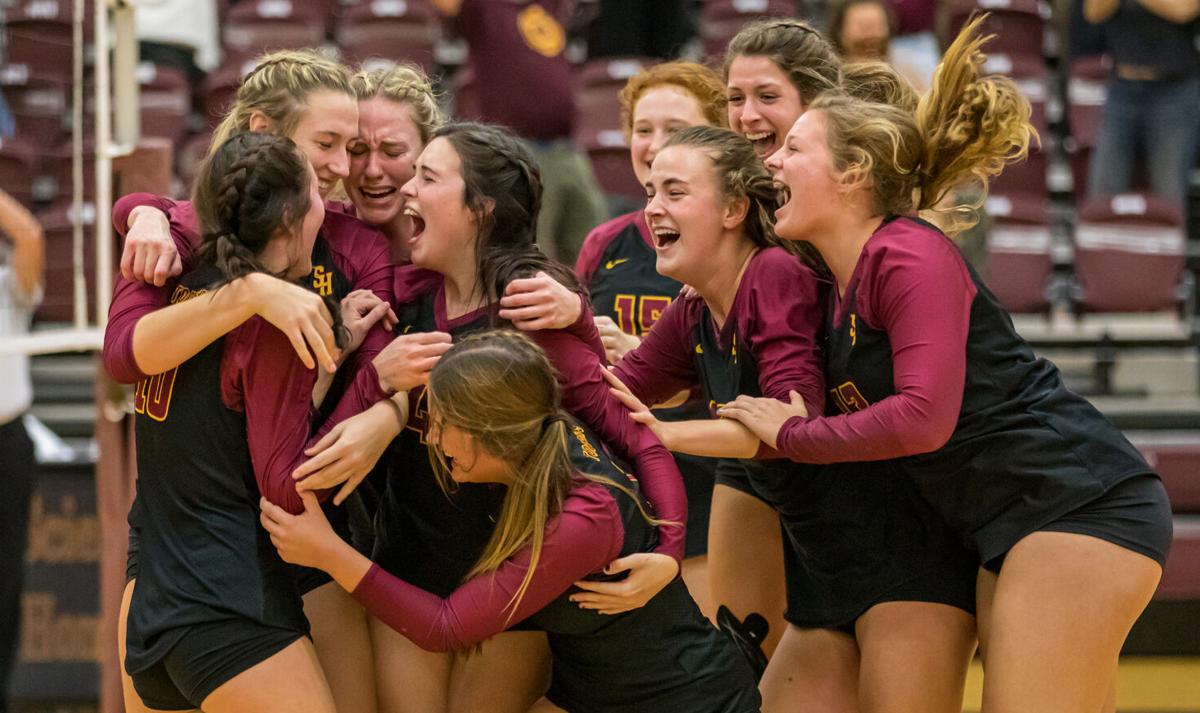 Science Hill’s players celebrate the clinching point that earned them a trip to the state tournament. 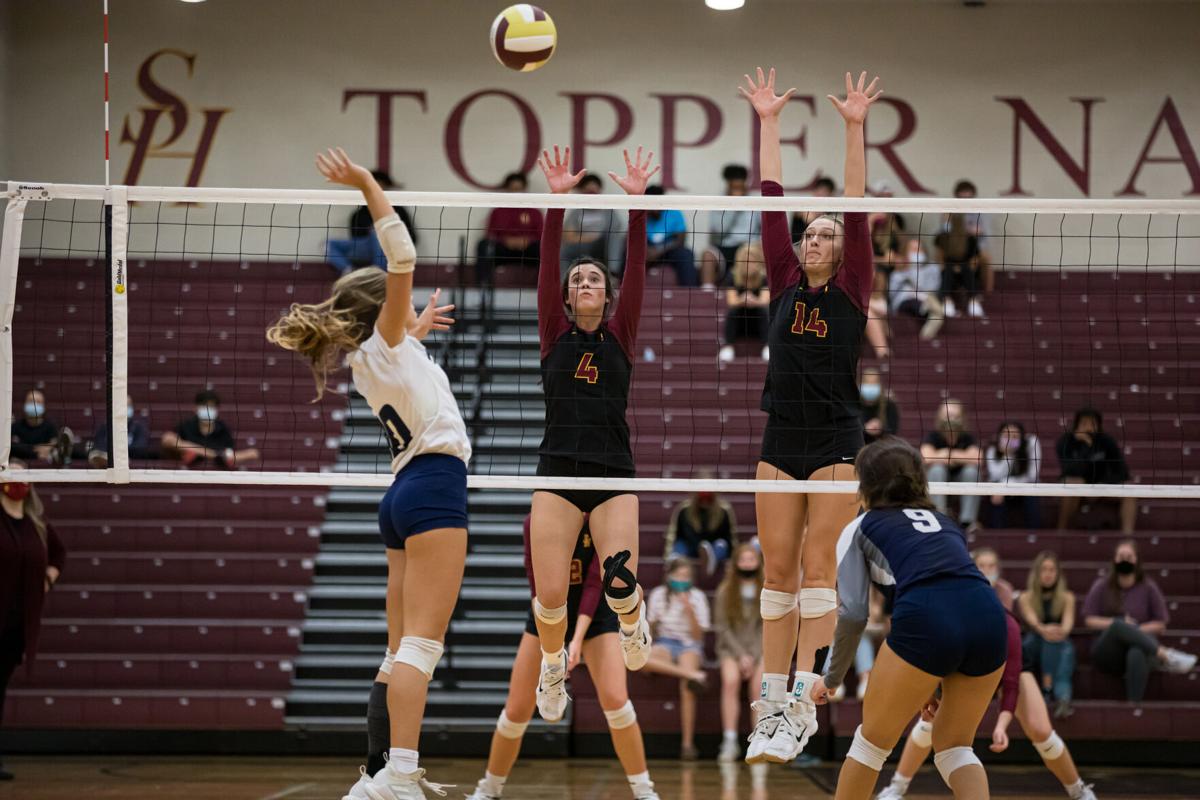 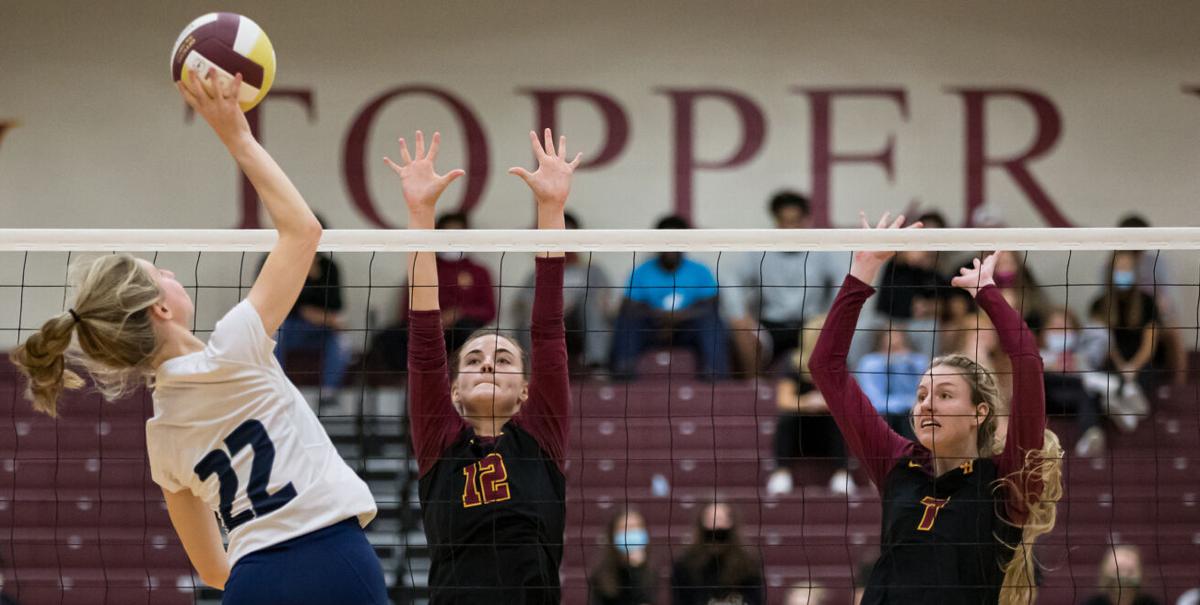 Science Hill’s Jordan Hallman (7) and Kinley Norris (12) go up for a block in last week’s home sectional match against Farragut. 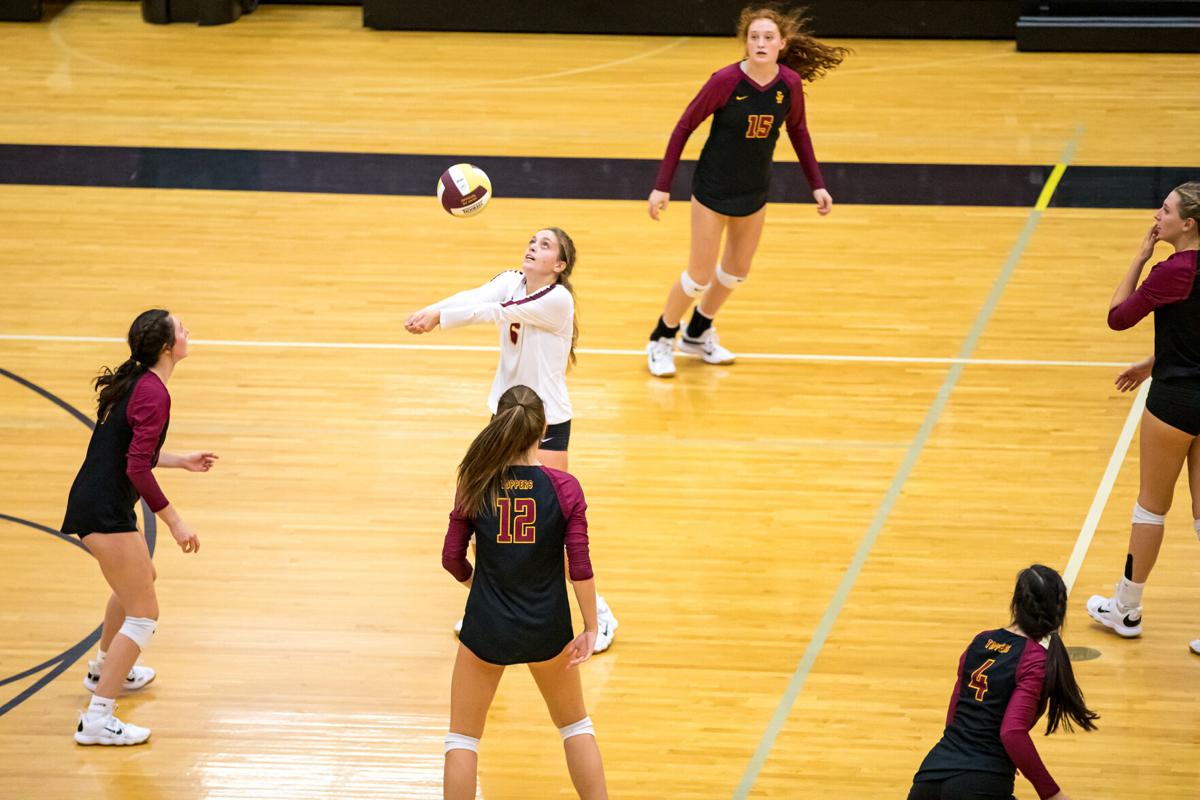 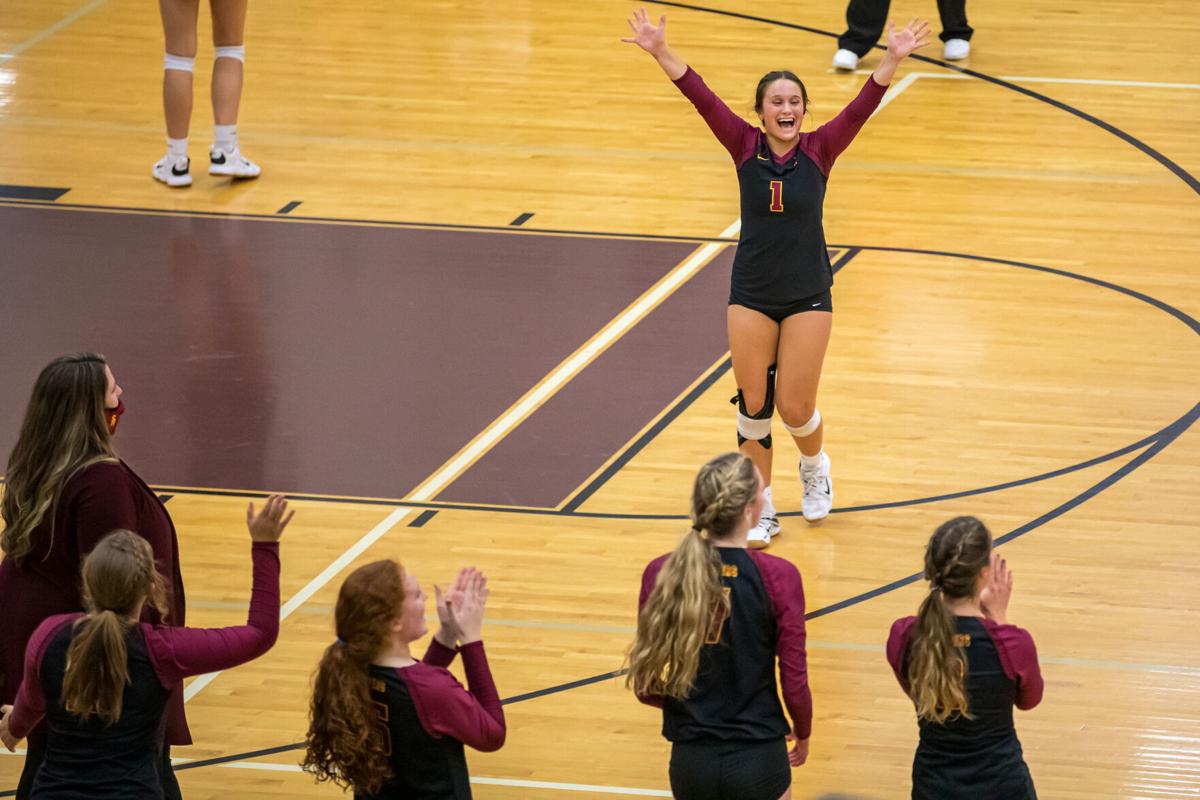 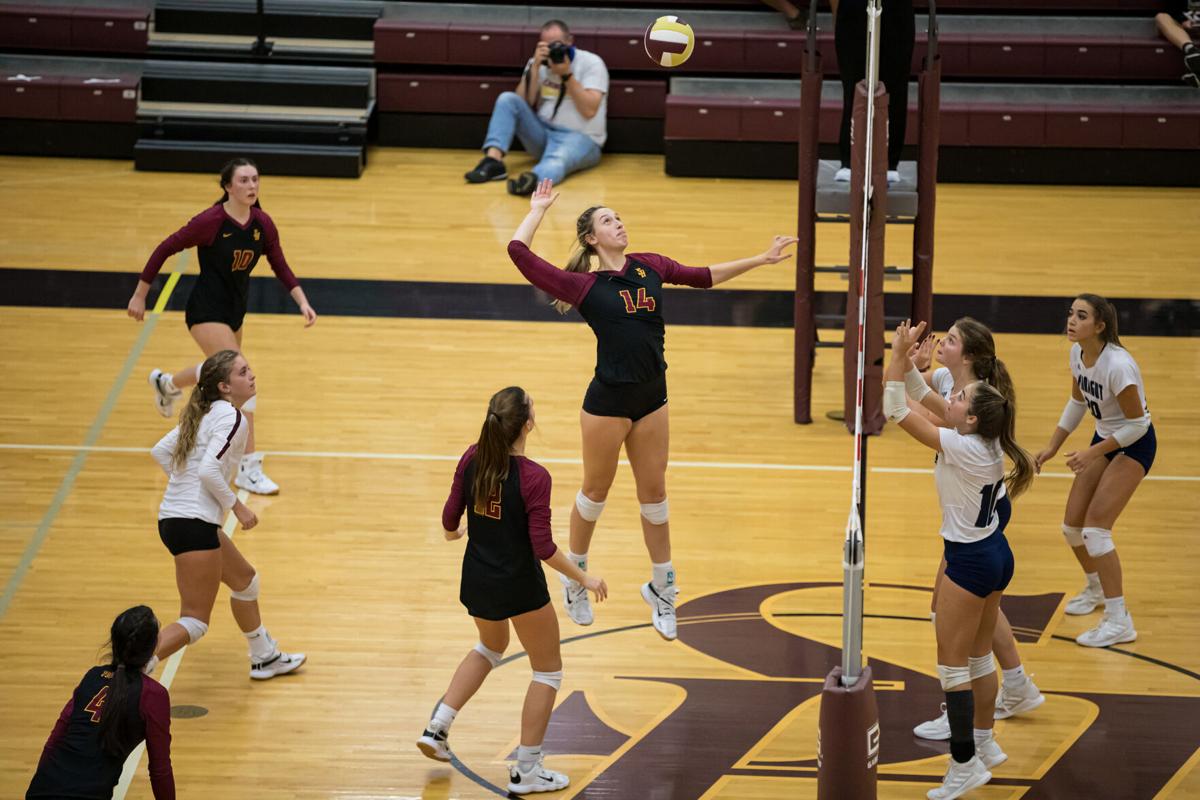 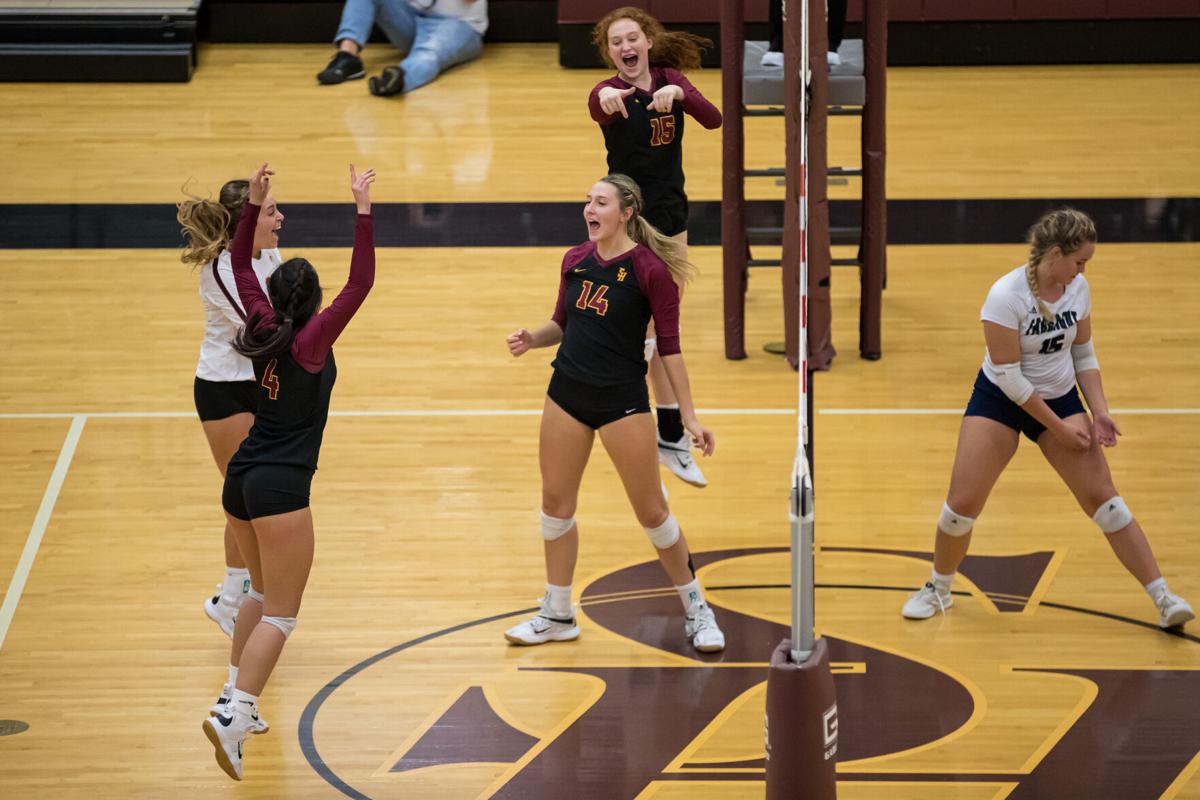 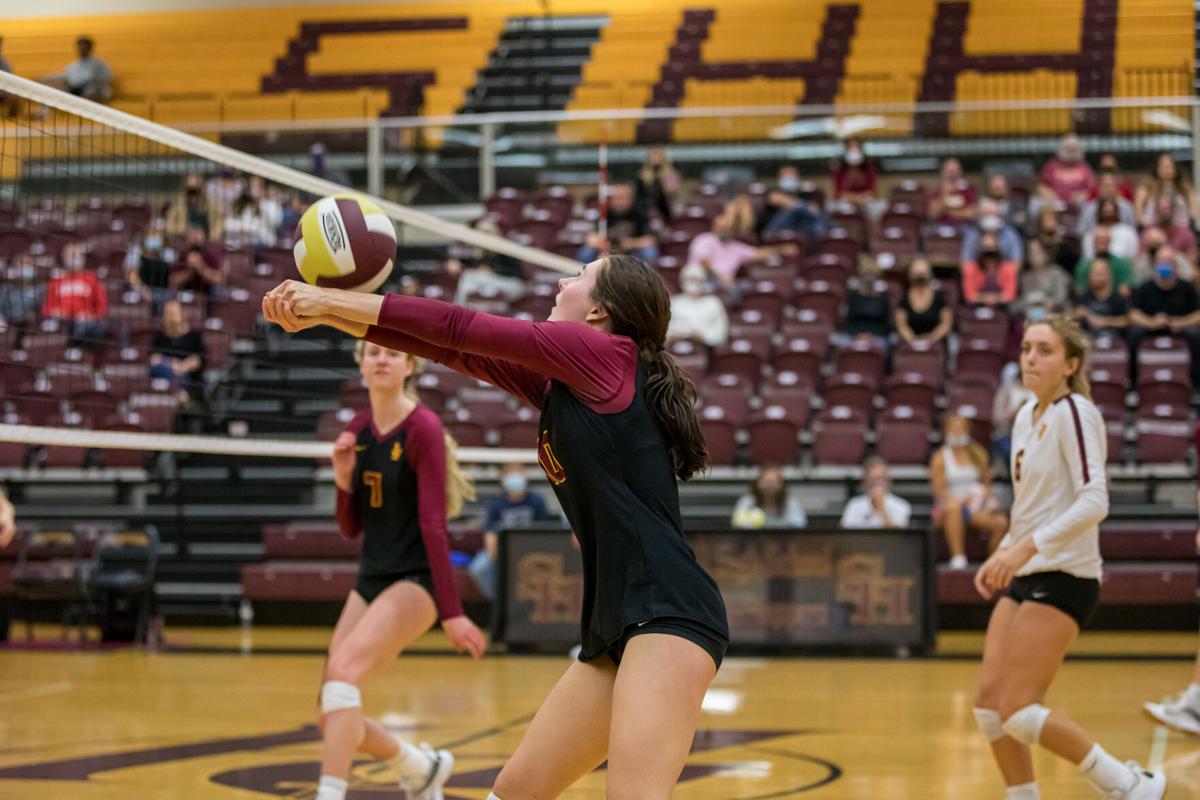 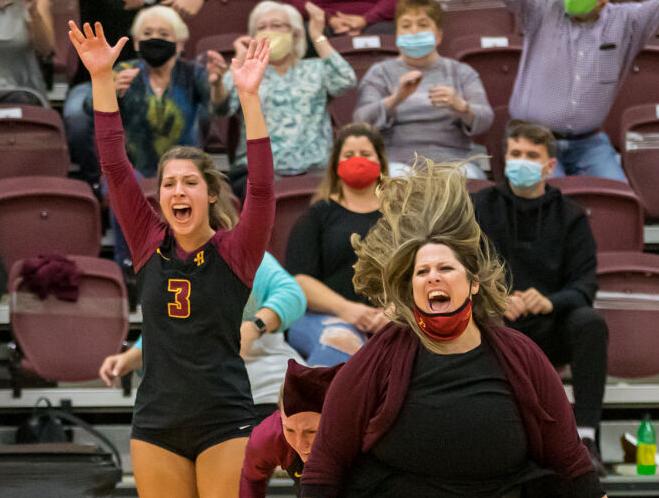 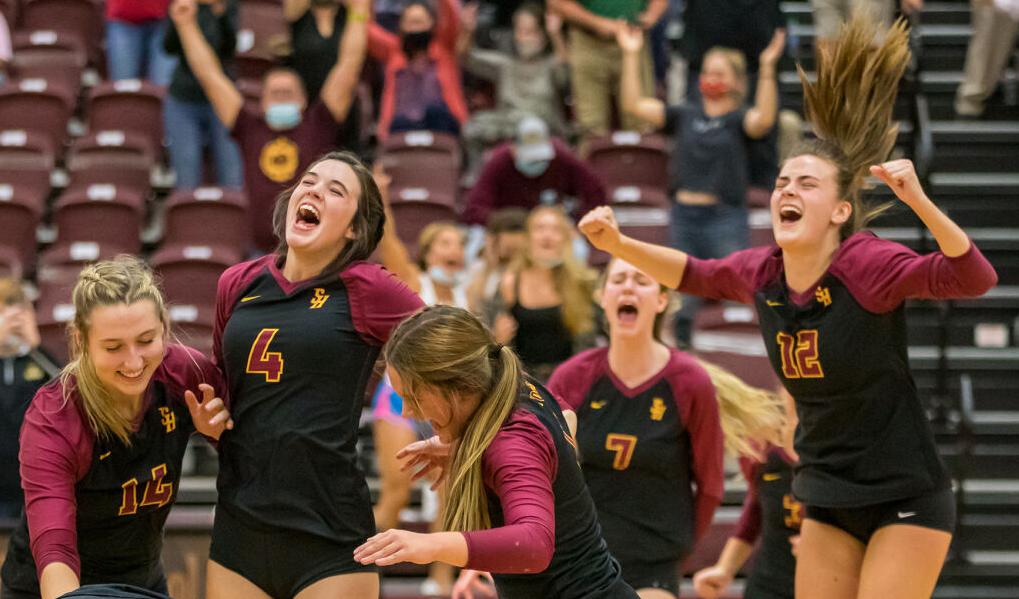 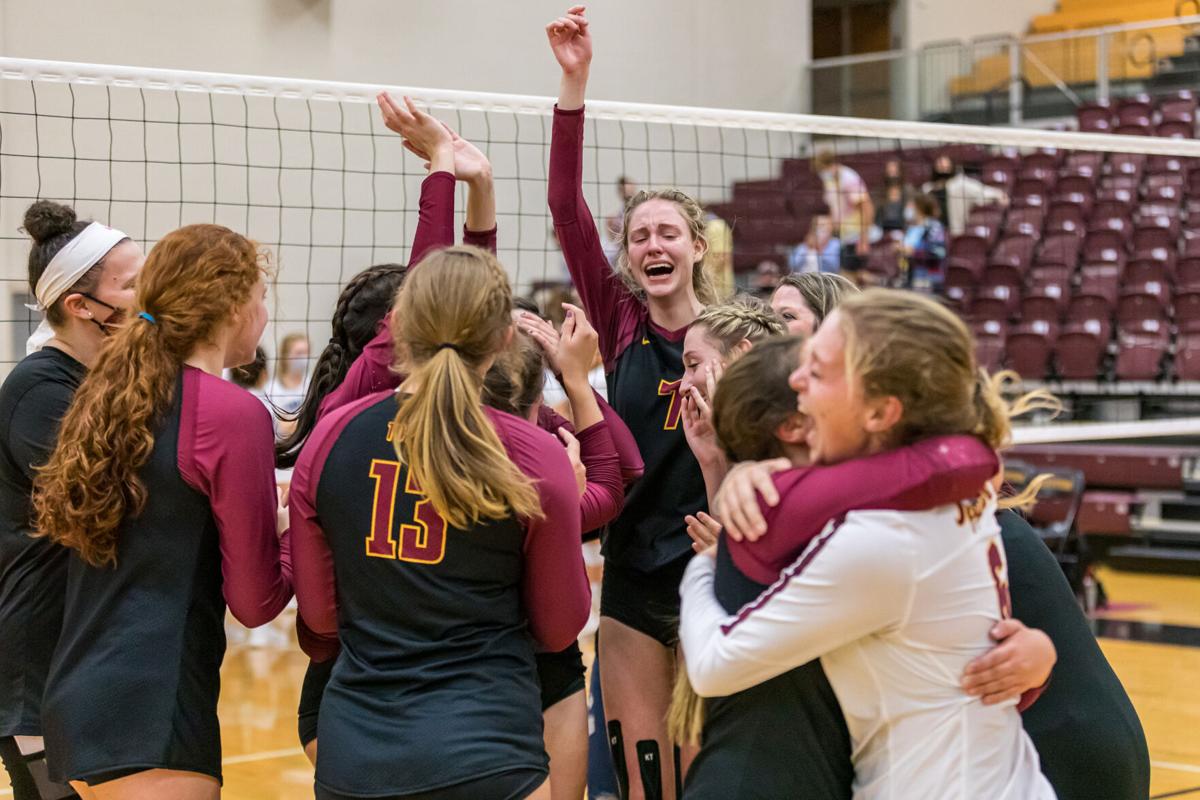 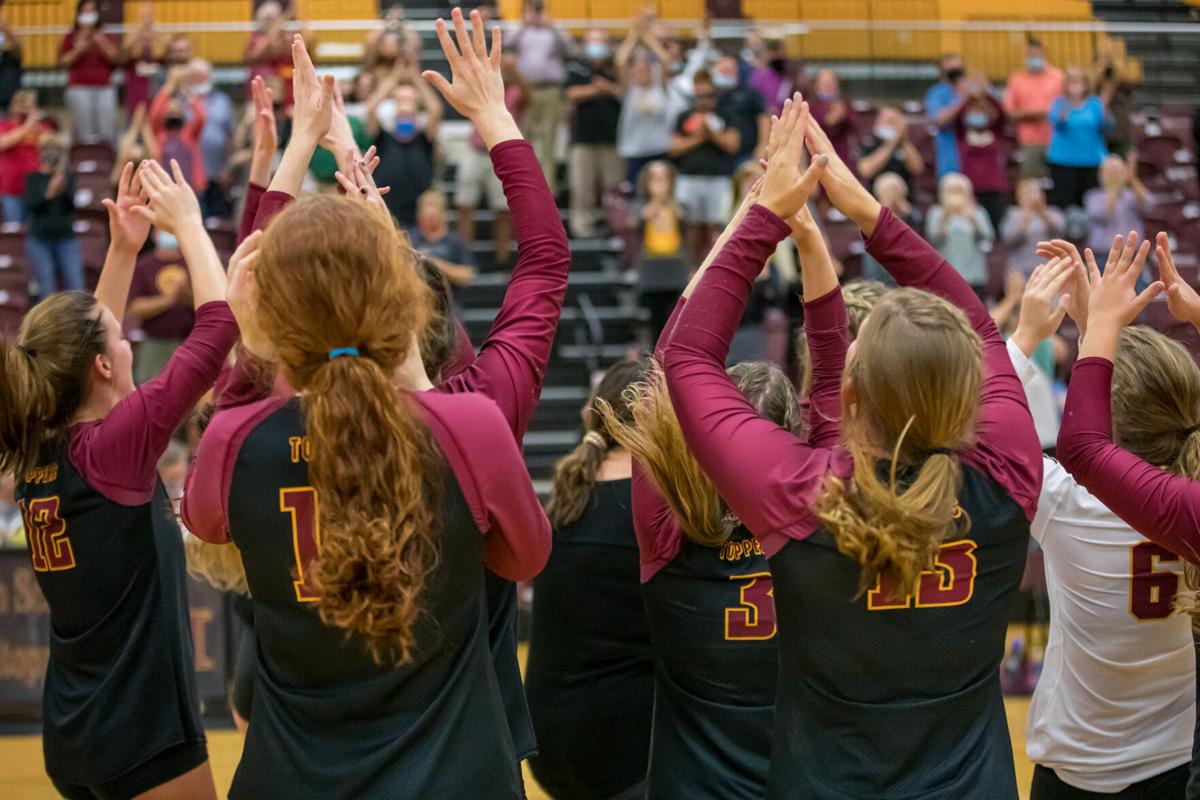 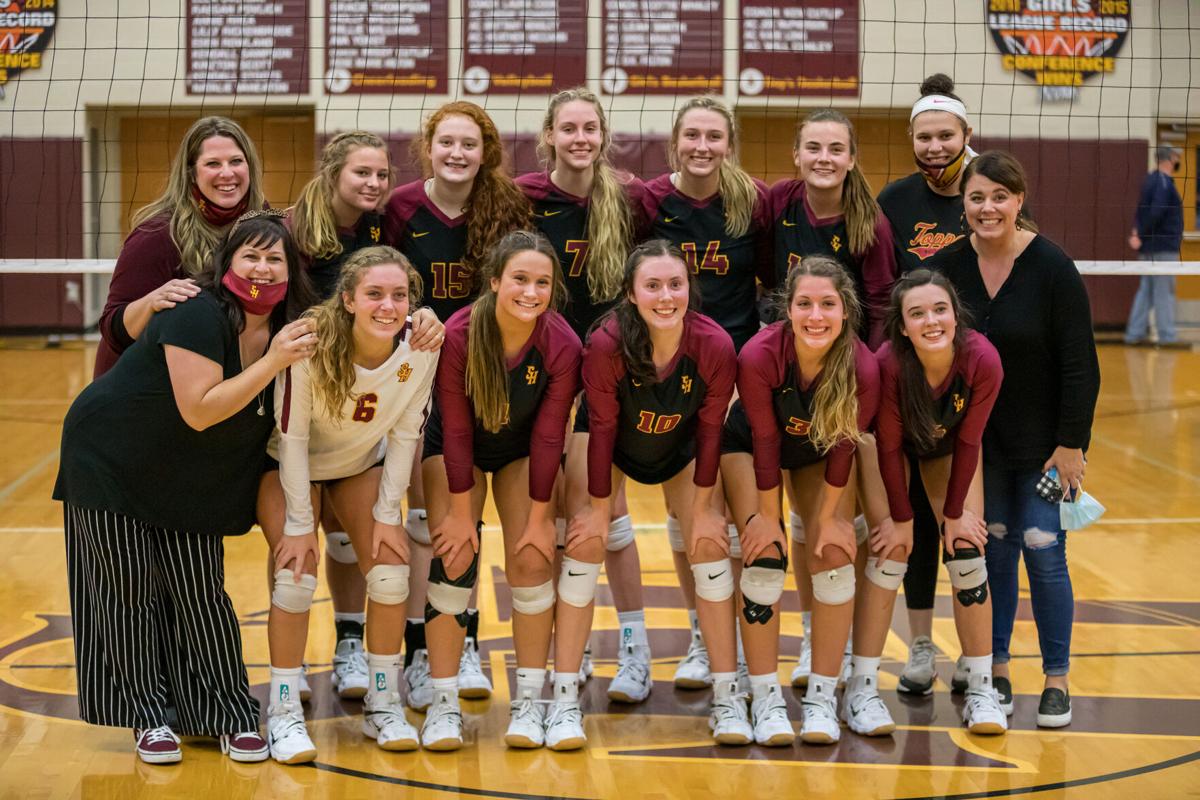 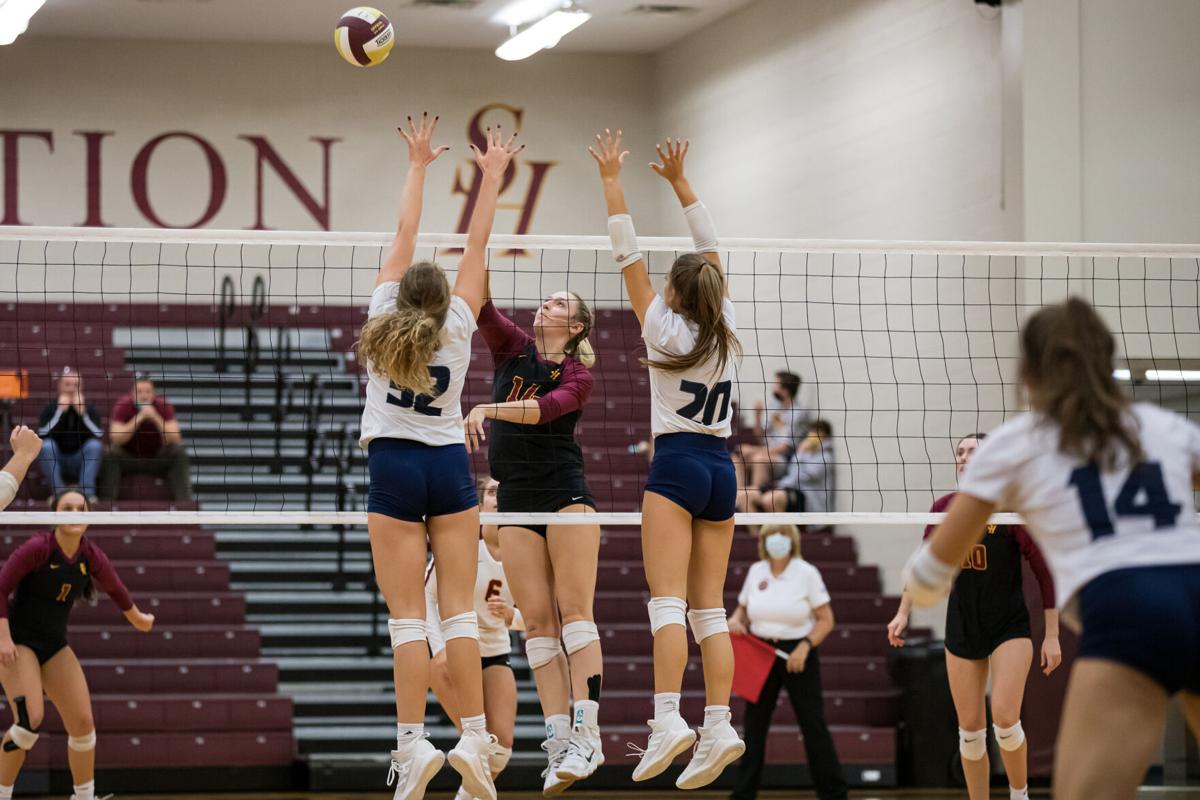 Science Hill’s players celebrate the clinching point that earned them a trip to the state tournament.

Science Hill’s Jordan Hallman (7) and Kinley Norris (12) go up for a block in last week’s home sectional match against Farragut.

The Science Hill volleyball team is headed to the state tournament for the first time in more than a decade.

Seeding for the state tournament will be determined Friday.

After dropping the first game, the Lady ’Toppers (28-4) responded in the second set by outscoring the Farragut 11-4 over the final half of the set.

Science Hill senior Sara Whynot led the charge in the second set both on the attack and the serve-receive. She finished the match with 15 kills, 13 digs and a block.

“She does a lot of stuff for us,” Cook said of Whynot. “She’s playing great defense. She’s killing the ball. With her serve-receive, she just does a really good job of bringing us up when we need it.”

For Whynot it was a matter of the team working together over the final three sets after dropping the opening frame.

“Coach told us this was a close game and we needed to work together as a team because we kind of fell apart in the first set,” Whynot said. “We had to pull together in those next three sets and we did that and got the win.”

In the third set, Science Hill’s Loren Grindstaff stepped up big for the Lady Toppers.

Farragut built an early 8-3 advantage in early going of the third game before Science Hill started to battle back.

With the Lady Hilltoppers trailing 15-12, Grindstaff sparked a 9-2 scoring run with four kills and three blocks to give Science Hill a 21-17 lead on the way to winning the third set.

“When the game is tight like that, you just have to get up and just crank it. Be aggressive really,” Grindstaff said of the run. “We called a timeout and said to push the sets higher and we can just crank them and then with our blocks we just said close the blocks. And we did a really good job on doing that.”

Grindstaff finished the match with 11 kills and eight blocks, while Jordan Hallman had 11 kills. The Lady Toppers got 22 assists from Kinley Norris and 21 more from Alyssa Neal.

Science Hill also had balanced defense with 17 digs from Jesse Franks, 16 digs from Lexi Kalogeros and 13 more from Alyssa Neal.

Farragut’s Ellie Ackermann led her team’s attack with 16 kills, while Kennedy Holley and Kate Priest had 10 each.

Megan Carlton finished with 40 assists for Farragut and Ira Au had 17 digs to lead the Farragut defensive effort.