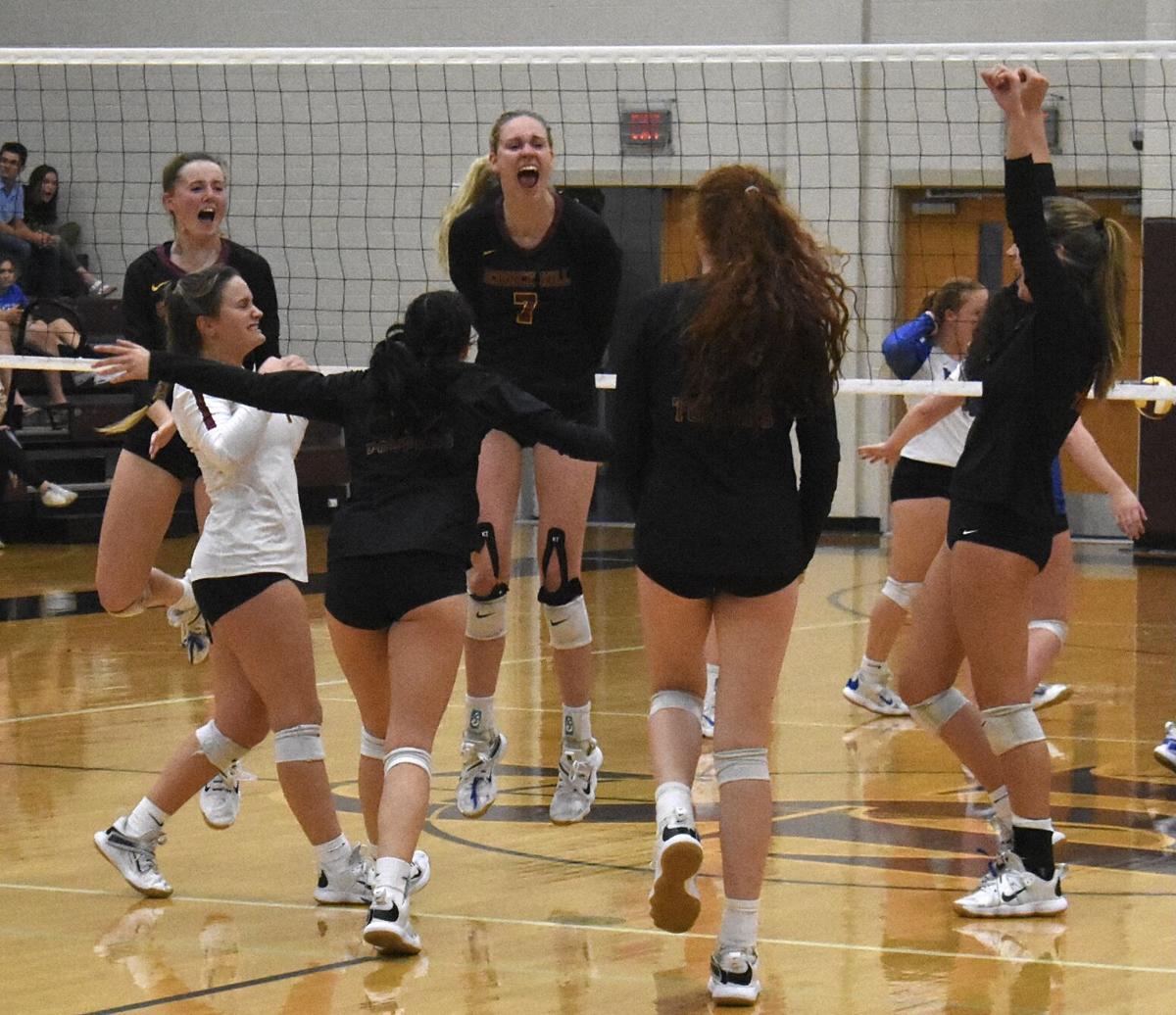 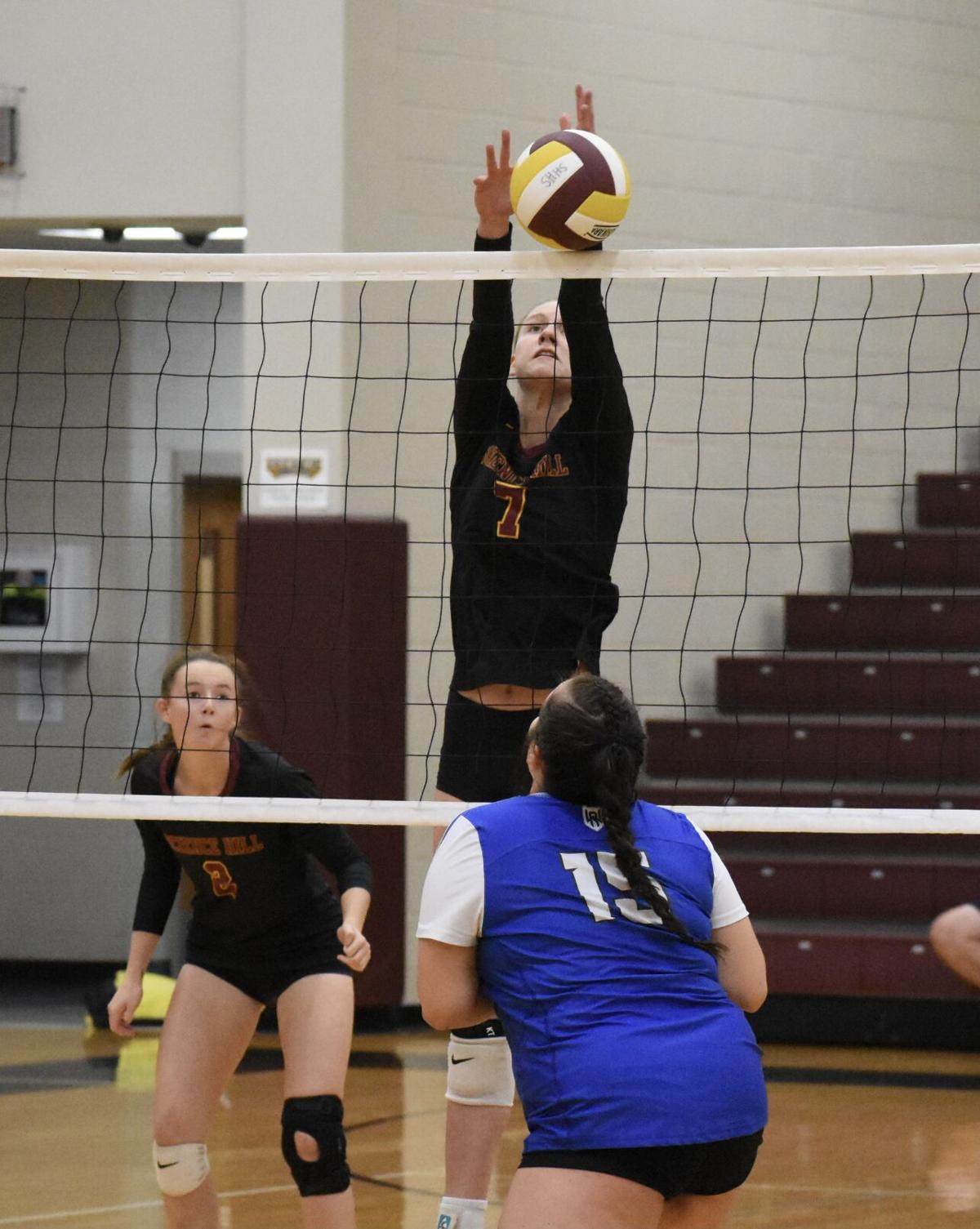 Science Hill’s Jordan Hallman (7) goes up for the block in Tuesday’s regional final against West Ridge. 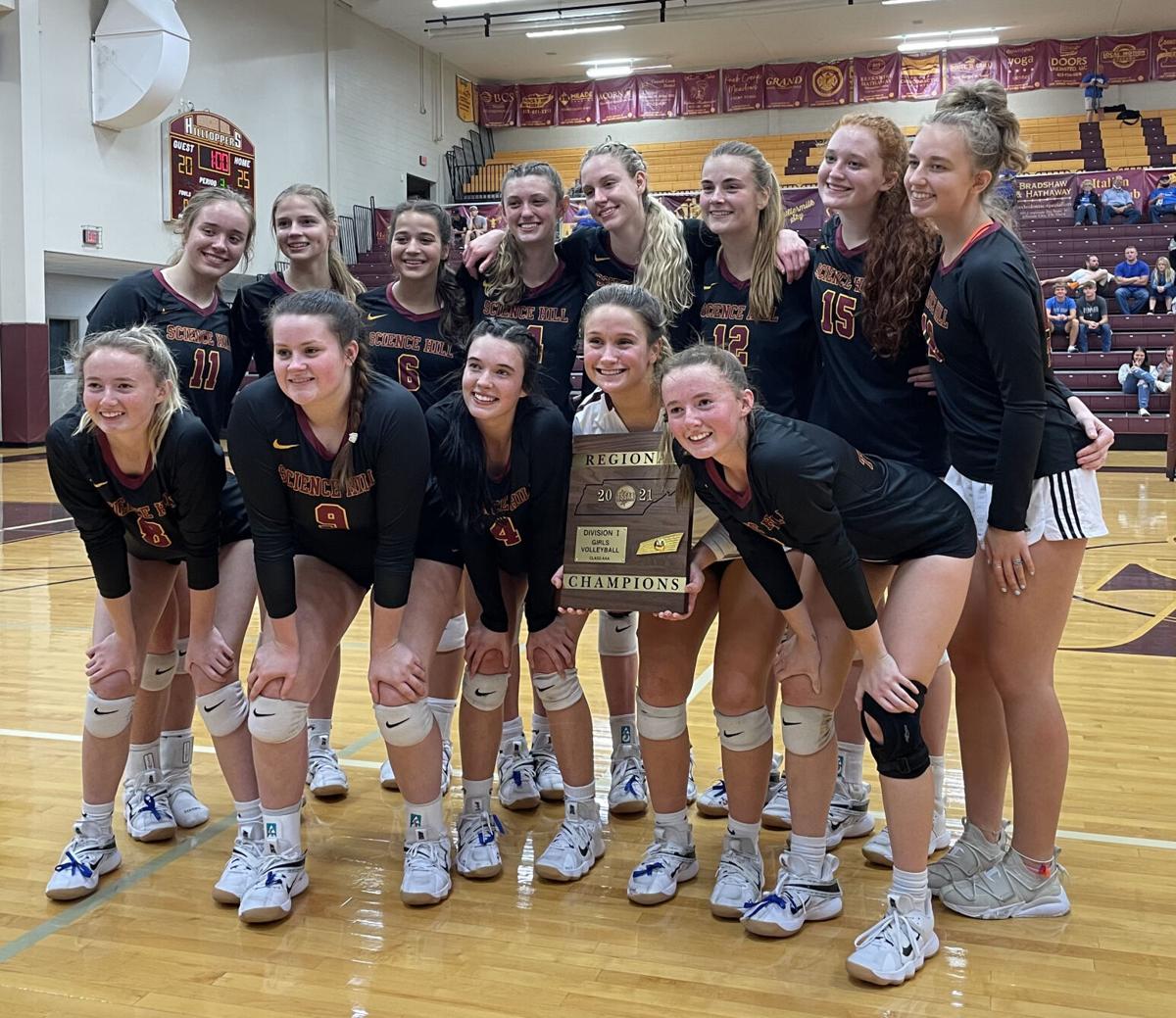 The Science Hill Lady Hilltoppers won a second consecutive regional title with a sweep of West Ridge on Tuesday night. 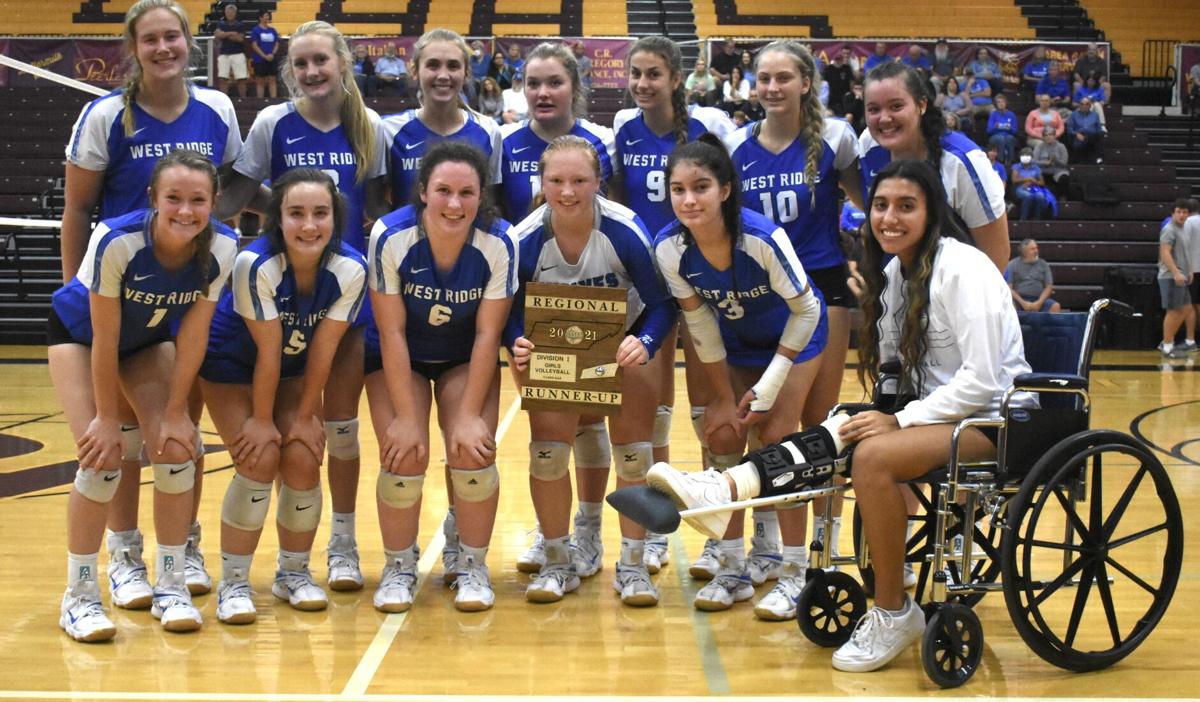 The West Ridge Lady Wolves were the regional runner-up and will travel on Thursday for a road sectional match.

Science Hill’s Jordan Hallman (7) goes up for the block in Tuesday’s regional final against West Ridge.

The Science Hill Lady Hilltoppers won a second consecutive regional title with a sweep of West Ridge on Tuesday night.

The West Ridge Lady Wolves were the regional runner-up and will travel on Thursday for a road sectional match.

Beating the same opponent twice in the same season is tough, but it can be done.

What about six times?

The chances are slim, but Science Hill’s volleyball team has been defying odds all season. And the Johnson City squad did it again in Tuesday’s Region 1-AAA title match.

The home-standing Lady Hilltoppers clinched a second consecutive regional crown with a 3-0 sweep (25-20, 25-23, 25-20) of West Ridge, beating the Lady Wolves for a sixth time on the season.

“This is a relief, especially after having some adversity,” Science Hill coach Laura Cook said. “The girls just rallied and got after it.

“West Ridge is a good volleyball team and they can beat anybody. Hard to believe we’ve beaten them six times.”

Science Hill also clinched a home sectional match on Thursday with a chance to go to state for a second straight season.

Sophomore Autumn Holmes led the Science Hill attack with a double-double of 16 kills and 10 digs while Jordan Hallman threw in six kills and a block.

Kinley Norris — who is still playing with a bad foot — notched 30 assists on the night.

The Lady Hilltoppers controlled most of the match except for the beginning stretches of the second set. Cook’s crew got in a serve-receive funk and got down 12-3, but rallied in a big way to take the momentum and the set.

“Volleyball is like that, being a game of momentum,” Cook said. “Being able to battle back is huge and that’s what we did in that game.”

The offense was never much in sync for the Lady Wolves, but Rachel Miller led the way with nine kills while Gracie Olinger tallied seven. Rylee Haynie added five kills.

“What it boiled down to was that Science Hill just played a more solid game than what we did,” West Ridge coach Logan Kemp said. “We made more errors than they did. In big matches, it comes down to who plays a more solid, concise game and who cannot make errors.

“We made more errors in key situations.”

The Lady Hilltoppers will be at home for Thursday’s sectional against Region 2 runner-up Hardin Valley for the right to go to Murfreesboro.

West Ridge will travel down the road to Region 2 champion Maryville.

“We played Maryville down at the Sunsphere tournament earlier in the season and we had a close match with them,” Kemp said. “We’ve looked at all the scenarios and we understand what is at stake.”

The Lady Rebels will also be looking for a return trip to the mid-state while West Ridge is seeking its first appearance at a state tournament in any sport.

Match times are yet to be determined.