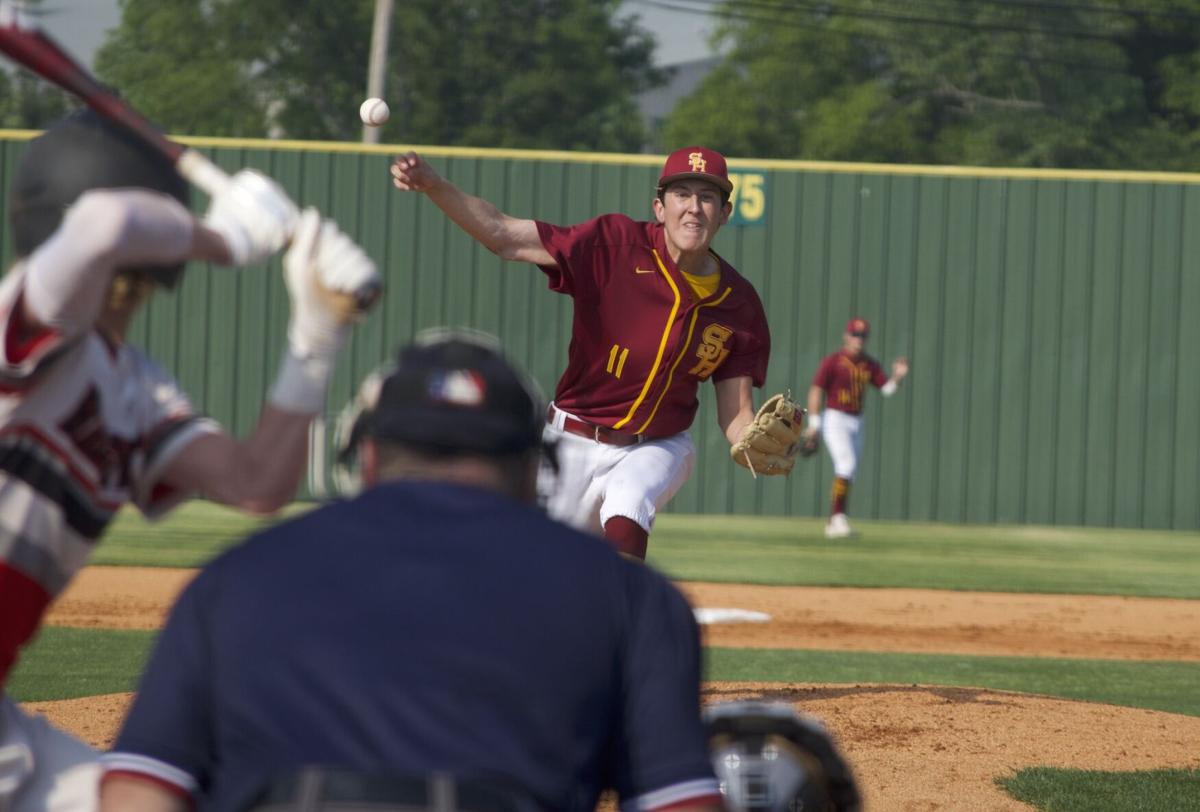 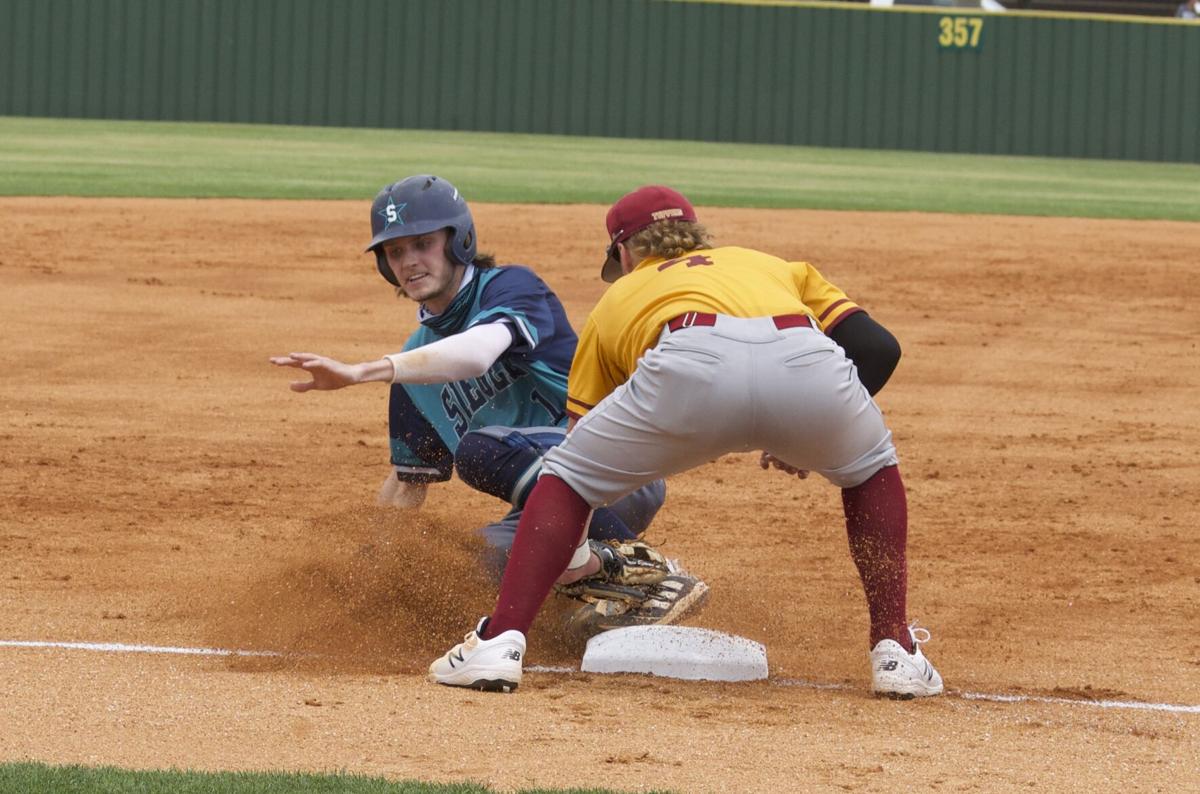 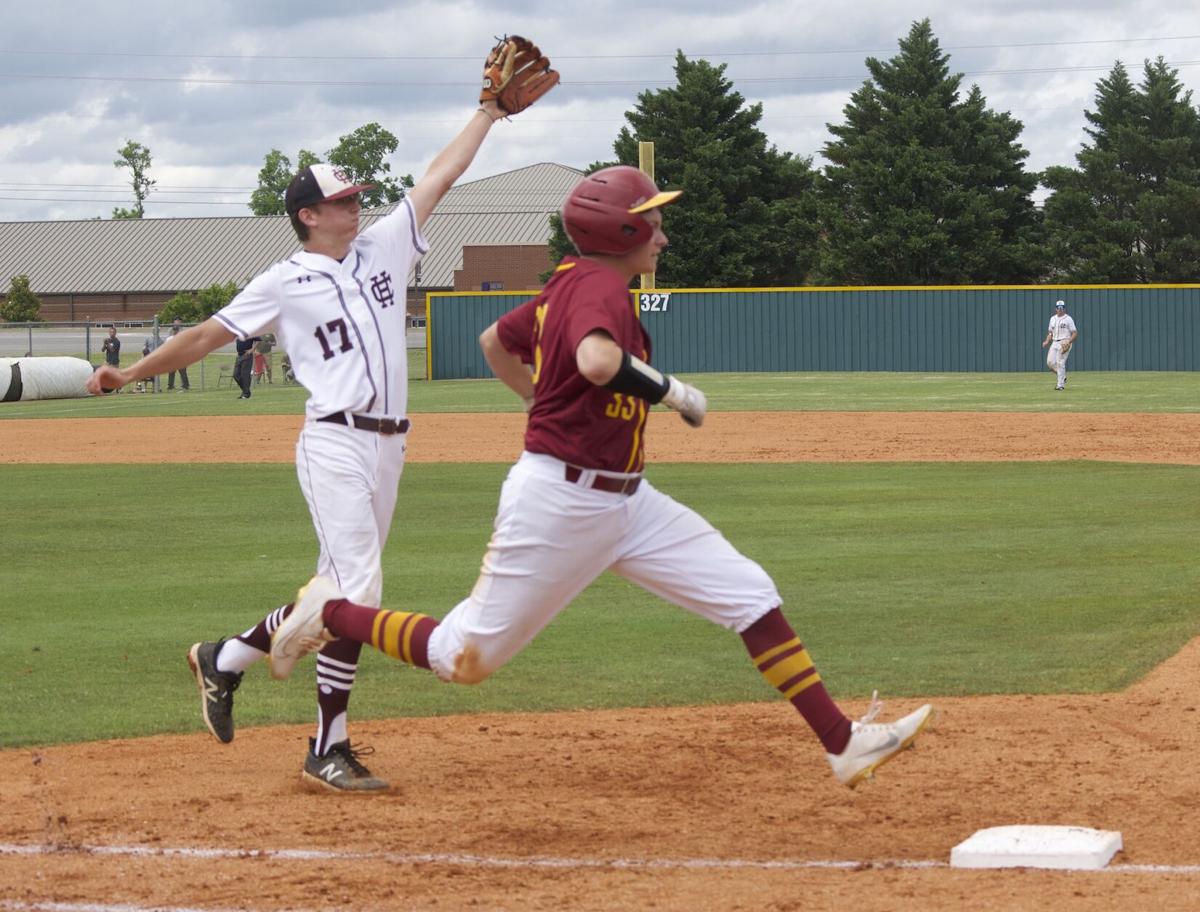 Science Hill's Nate Conner races to get on base during Wednesday's championship game. 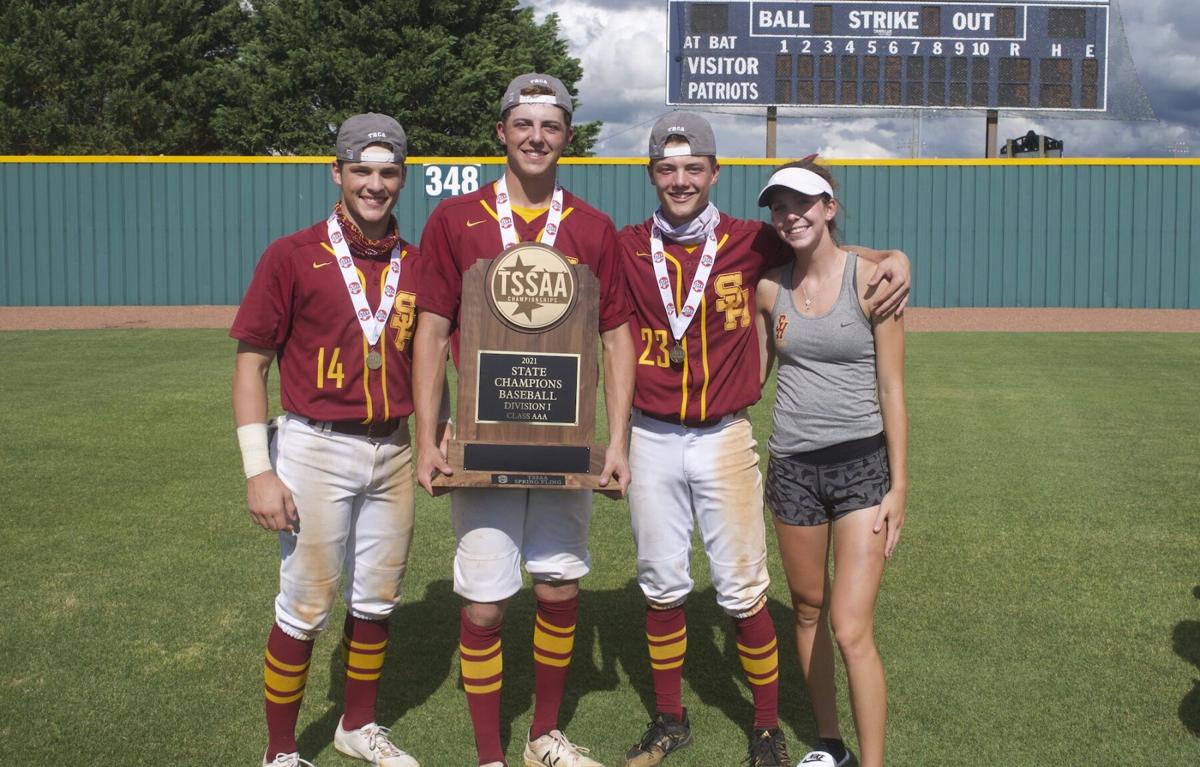 Cousins Cole Torbett, Caleb McBride, Jack Torbett and Leah McBride piled up the victories in baseball and tennis at the 2021 TSSAA Spring Fling in Murfreesboro.

Science Hill's Nate Conner races to get on base during Wednesday's championship game.

Cousins Cole Torbett, Caleb McBride, Jack Torbett and Leah McBride piled up the victories in baseball and tennis at the 2021 TSSAA Spring Fling in Murfreesboro.

The first is pitching and defense wins championships. That defense led the Hilltoppers (34-9) to a sweep of Big Seven Conference, District 1-AAA and Region 1-AAA titles before getting to the state tournament.

The infield led by A.J. Motte at second base, Jack Torbett at shortstop and Jaxon Diamond at third made the hard defensive plays look routine. They weren’t perfect and there were a few uncharacteristic bad throws in state-tournament games, including a couple in the 9-5 championship win over Hardin County.

They were offset by plenty of big-time plays — and not just in the infield. Freshman Landon Smelser made a SportsCenter-worthy jumping catch to rob Siegel of a home run in the Hilltoppers’ 4-1 semifinal win and raced full speed to come up another ball a couple of innings later. First baseman Nate Conner made multiple digs to keep the number of errors down.

“That defense was unbelievable,” Science Hill coach Ryan Edwards said. “We didn’t have the pitcher of the year for the state or anything like that, but we had guys who had good stuff and trusted the defense. They were good high school pitchers who will go on and play college baseball.”

The Hilltoppers had a 1A and 1B in Cole Torbett and Evan King. Torbett, a junior left-hander, was on the mound for the 2-1 sectional win over Powell. He threw 11 strikeouts to win a 1-0 pitchers’ duel in the first Siegel game.

King, a 6-foot-6 senior right hander, was the winning pitcher against in the state-tournament opener against Brighton and also in the championship game.

Gavin Briggs, another lefty, gave them a quality start in the second Siegel victory. Add in the relief pitching with Dustin Eatmon, Caleb McBride and Spencer Powell, the Hilltoppers were armed and dangerous.

It wasn’t all about the defense. Edwards liked the changes to the lineup when Conner Hyatt was battling an injury.

Once the lineup was set, Edwards never changed it the second half of the season. There weren’t moves to try to create better matchups or to throw opponents off balance. Instead, it was sticking with what worked.

“We had the Sevier County game and Conner Hyatt had a bum hamstring,” Edwards recalled. “We were getting ready to play Boone and I pulled him out of the lineup and moved A.J. Motte to the two-hole. We moved Jack to the three-hole and we scored eight runs that night.

“We went back to the old lineup a couple of games and we scored only a few runs. We pulled off some wins, but it was time to try something different. I really liked the look of A.J. in the two-hole and Jack in the three. It’s like the offense took off after that.”

Edwards also credited those not on the field for the behind-the-scenes contributions that led to the championship victory.

The second adage is you can learn more about a team in a loss than in a win.

Wait a minute, didn’t Science Hill win 14 straight games at the end of the season, going undefeated through the playoffs? Their last loss was a 6-5 defeat at Dobyns-Bennett back on April 27.

That’s true, but Edwards credited the long winning streak to a stretch — against Greeneville and four Knoxville-area teams — where they lost five straight games.

“That trip to Knoxville exposed us in a lot of areas,” Edwards said. “We had the five-game stretch and then another 3-5 game stretch where we won games, but walked about eight batters per game. After that, we had a heart-to-heart with pitchers and catchers about not walking guys. We averaged less than two walks per game in that 14-game winning streak.

“The pitchers were trusting the defense and putting pressure on the hitters by going after them.”

Third-base coach Andy Wallen was an assistant on Bernie Young’s staff when the Hilltoppers won their last state championship in 1998.

Like the 2021 team, that squad featured outstanding arms. Brandon Crowe was the winning pitcher in a 13-2 opening-game romp over Warren County and an 8-3 victory over Germantown for the state championship.

Catcher Brian Miller, Dennis Higdon, Mike Rader and John Patterson had standout performances at the plate. In addition, Blake Kaylor got the win against Germantown in a 7-3 winners’ bracket final, the day before the state championship.

Both Edwards and Wallen pointed out how difficult it is to win a state title. The championship was a long time coming despite stars like future Major Leaguers Daniel Norris and Will Craig, and 2020 second-round draft pick Landon Knack leading strong Science Hill teams.

“There’s nothing better than this moment, but it’s so hard to do,” Wallen said. “You can have big-time names, but you have to have a lot of luck, things go your way and work out. This team was such a selfless group. They were so good about buying into little changes and adjustments we’d make.

“We had that stretch of losing five straight games. It was part of the process and we knew that bump we were going through was going to make us better. We got on a roll and never lost that momentum.”

The impact of Owen Painter and Smelser in the field and at the plate can’t be overstated.

Painter, at catcher, showed great flexibility throughout the season. He also came up with some clutch hits batting No. 8 in the lineup as did Smelser in the nine-hole. Smelser matched leadoff Cole Torbett by getting three hits and three RBIs in the championship game.

One of the biggest storylines of the week was the Torbett cousins sharing the state championship with their cousin, McBride, the closer in the final two games. However, the most decorated member of the family wasn’t on the diamond.

Instead, it was McBride’s sister, Leah, who had two match-clinching victories in leading the girls tennis team to a Large Schools state championship. She earned another state-championship medal by teaming with Allie Knox to win the girls doubles title an hour before the baseball final.

The five state championships put Science Hill at the top of the list of Northeast Tennessee teams, one ahead of four-time state champion Unicoi County.

Science Hill, whose other titles came in 1947, 1962, 1963 and 1998, is now tied with Chattanooga Central for second-place and trailing only Farragut (10 titles) among public schools on the all-time list.