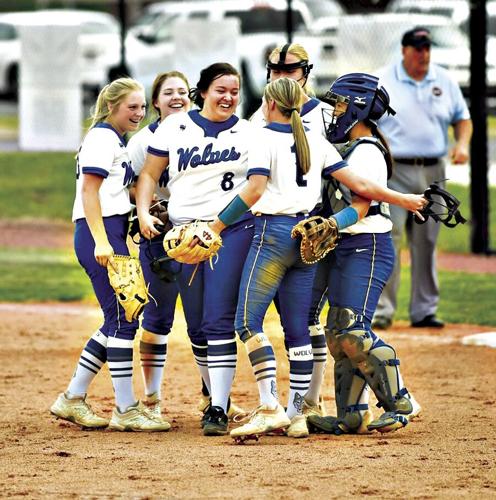 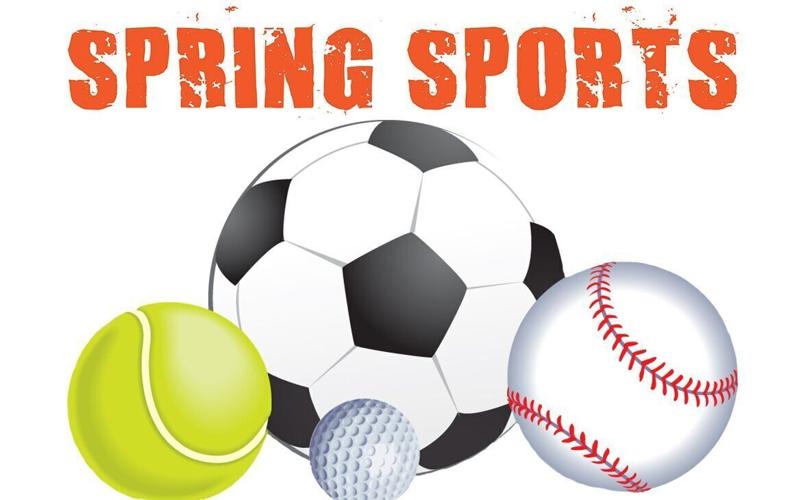 The Hilltoppers pounded out 17 hits to beat the Vikings, 17-5, in six innings in the matchup of Big 5 Conference and Upper Lakes Conference leaders.

Diamond led the way, hitting two home runs and driving in four runs. He was 3 for 4 at the plate, walked once and scored four times.

Clayton Ball went 2 for 4, driving in three runs and scoring twice. Other leaders included Jake Bedard, who went 3 for 5, and Jack Torbett, who was 2 for 4. Each scored two runs. Owen Painter finished 2 for 4 with two RBIs.

Brayden Blevins had a solo home run and double to lead Tennessee High.

Lucas Belcher had a walk-off home run in the bottom of the eighth inning as the Knights seized the win over the Panthers in dramatic fashion.

ELIZABETHTON — Jonathan Beach drove in four runs in addition to going 2 for 2 with two runs scored to lead the Patriots.

Justice Dillard was 2 for 2 with a pair of RBIs and Lucas Eaton scored three runs. Peyton Miller added a two-run double.

Green was the winning pitcher, scattering seven hits over seven shutout innings. Cason Christian was 2 for 3 to lead the Falcons.

The Bucs put up 15 runs in the fourth inning to annihilate the Eagles.

Cade Pollock was 3 for 4 at the plate to go along with a two-hitter on the mound. Joseph Armstrong, Jacob Pealer, Hank Stott and Jesse Greene all had multiple hits.

HAMPTON — Caleb Royston and Kalway Heaton each went 2 for 3 with two RBIs and two runs scored to lead the Bulldogs over the Indians.

Collin Morgan also was 2 for 3 with a pair of RBIs. Morgan did his part on the mound with seven strikeouts and giving up just two hits.

The Bulldogs captured game two as Chance Point, Josh Whitson and Morgan Lyons combined on a one-hitter. Lyons went 2 for 3 with two RBIs and two runs scored at the plate. Royston was 3 for 3 to lead all hitters. It was the 21st win of the season for Hampton.

Maci Masters was clutch at the plate with runners in scoring position as she tallied five RBIs on three hits for the Lady Trailblazers, highlighted by a pair of home runs.

Maggie Hillman notched another win for the Lady Trailblazers. She didn’t give up a run and allowed only one hit in two innings of work.

BRISTOL — The Lady Vikings broke the game open in the fifth, scoring 10 runs, highlighted by a two-run home run from Macie Strouth.

Tennessee Vikings Varsity secured the victory thanks to ten runs in the fifth inning.

Ashley Worley chalked up the win in the circle as the righty went five innings, allowed one run on two hits and struck out five.

Kaci Honaker had a home run as well for Tennessee High.

ERWIN — Cami Peterson had a solid outing for the Lady Devils, allowing three runs on seven hits and striking out six while going the distance.

Laurel Osborne had a homer in the fifth inning for Unicoi County.

Kendall Bare, Kylie Blevins and Shoun each had at least two hits, highlighted by Bare going 3 for 4.

The Lady Bucs collected 10 hits and scored seven runs in the third inning to pull away early in a Watauga Valley Conference victory.

Landon Colinger had the other goal for the Knights with an assist by Aaron Pritchard. Brody Turner had a strong effort in the midfield and goalkeeper Tyler Zepeda finished with five saves.

Dawson Dykes scored his 45th goal of the year on an unassisted goal. Jackson McClain had 18 saves for Falcons.