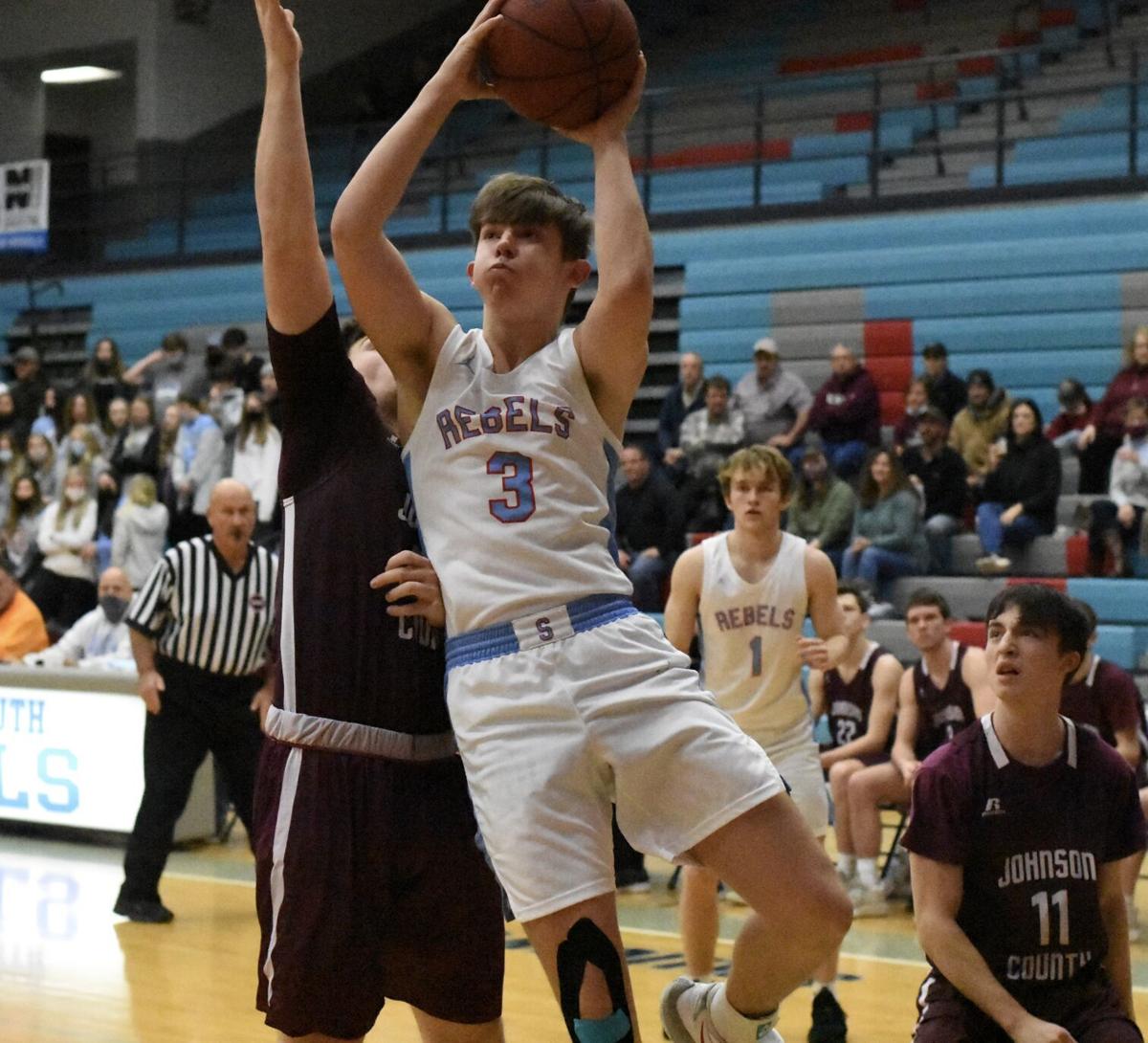 Sullivan South’s Drew Hoover (3) hangs in for a shot against a Johnson County defender. 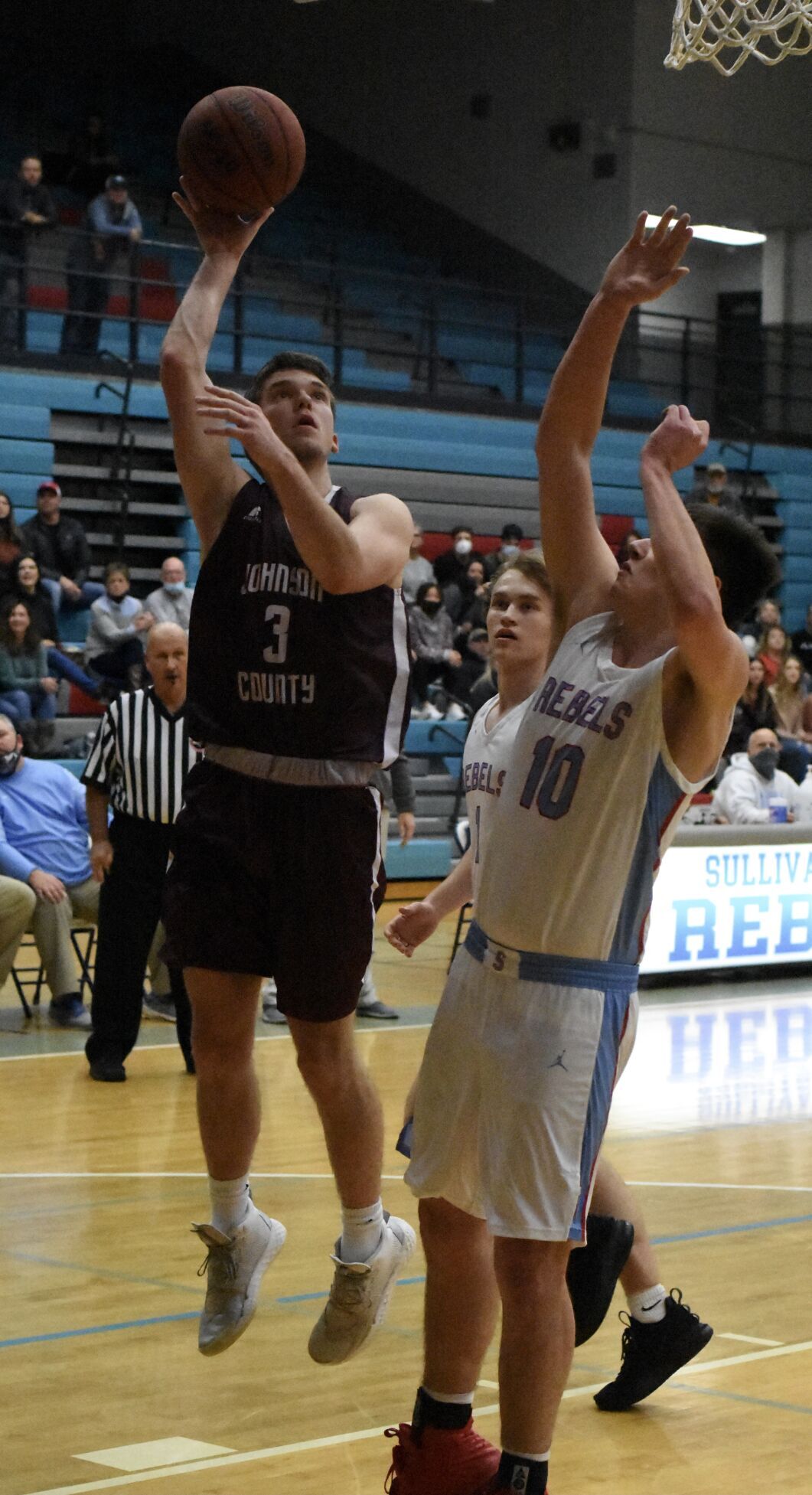 Sullivan South’s Drew Hoover (3) hangs in for a shot against a Johnson County defender.

KINGSPORT — The Sullivan South boys basketball team’s last stand is extended at least until next week.

The Rebels hung on to take a 55-52 win over Johnson County in Thursday’s District 1-AA tournament quarterfinal action inside Sherry Hooks Gymnasium.

South (11-10) moves into Saturday’s semifinal matchup at second-seeded Elizabethton at 7 p.m. The Rebels also clinched a berth in next week’s Region 1-AA tournament.

Even though South’s free throw shooting was poor in the final minute of the game — going 2-for-8 — it was able to shut the door thanks to a timely block in the final possession of the game.

“We’ve had that issue sometimes this year where we come out in the third quarter and build the lead, but let teams get back in it,” Pendleton said. “I thought we relaxed defensively, but we have to do a lot better job of closing out games and hitting our free throws.”

Leading scorer Jackson Earnhardt could not get on track, scoring 12 and was way off his usual 20 per contest.

“The first quarter killed us. We came out a little flat and that probably had a little bit to do with last night having to play,” Johnson County coach Austin Atwood said. “If we played the first quarter like we did the last quarter-and-a-half, it’s probably a different ballgame.

“They had nine offensive rebounds in the first half while we had zero. Credit goes to South because they made some big shots at crucial times.”

Ethan Bower also had 11 for the Longhorns. Johnson County was 22-for-44 from the floor and shot 61% in the second half.

Neither team could get much going in the first quarter without a whistle blowing for a foul. Each team was booked for six fouls in the opening period.

The second half was much more free-flowing as both teams shot over 50% in the latter part of the game.