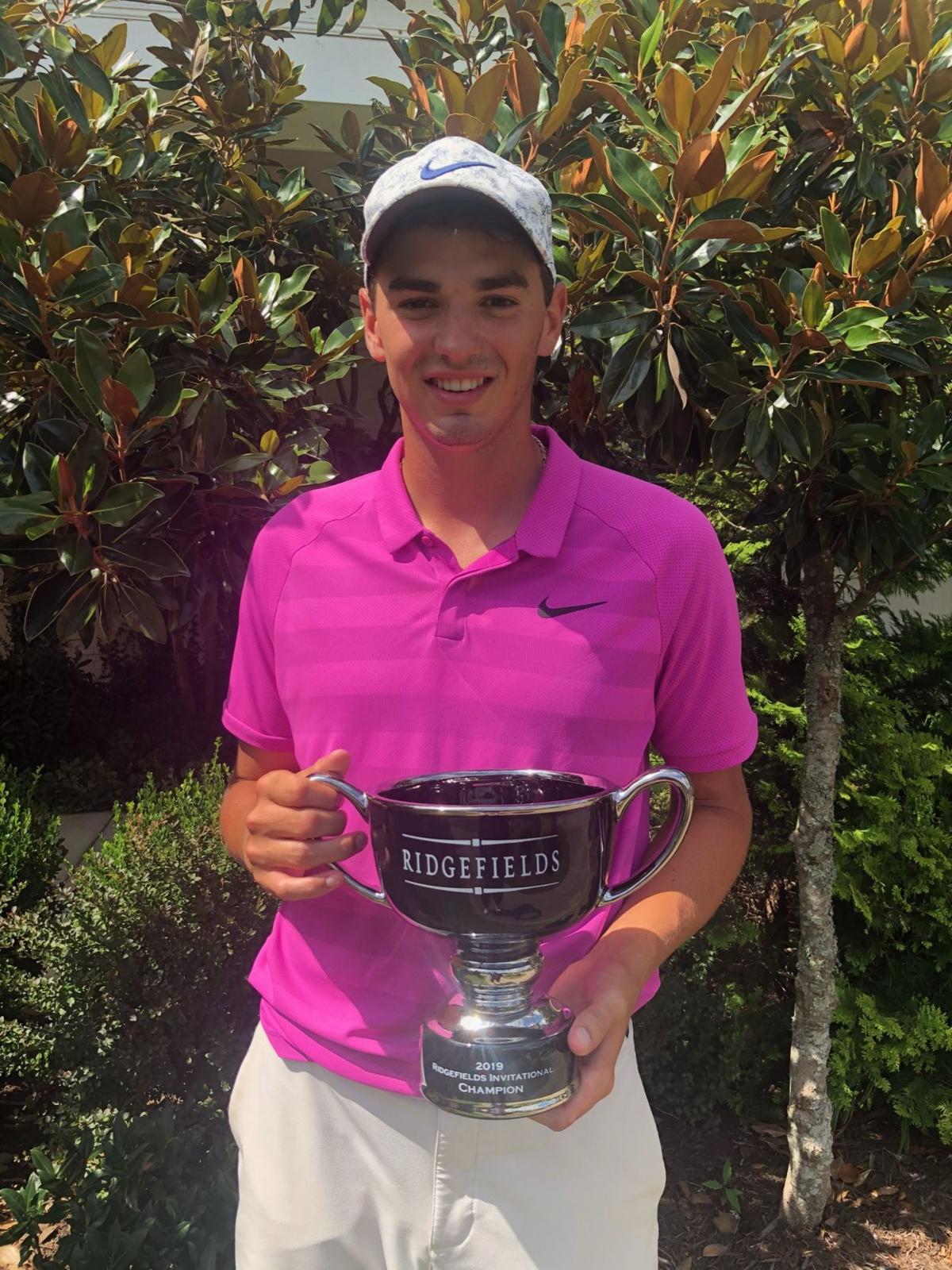 William Nottingham set the tournament scoring record at the Ridgefields Invitational with a 197 total, 19 under par. 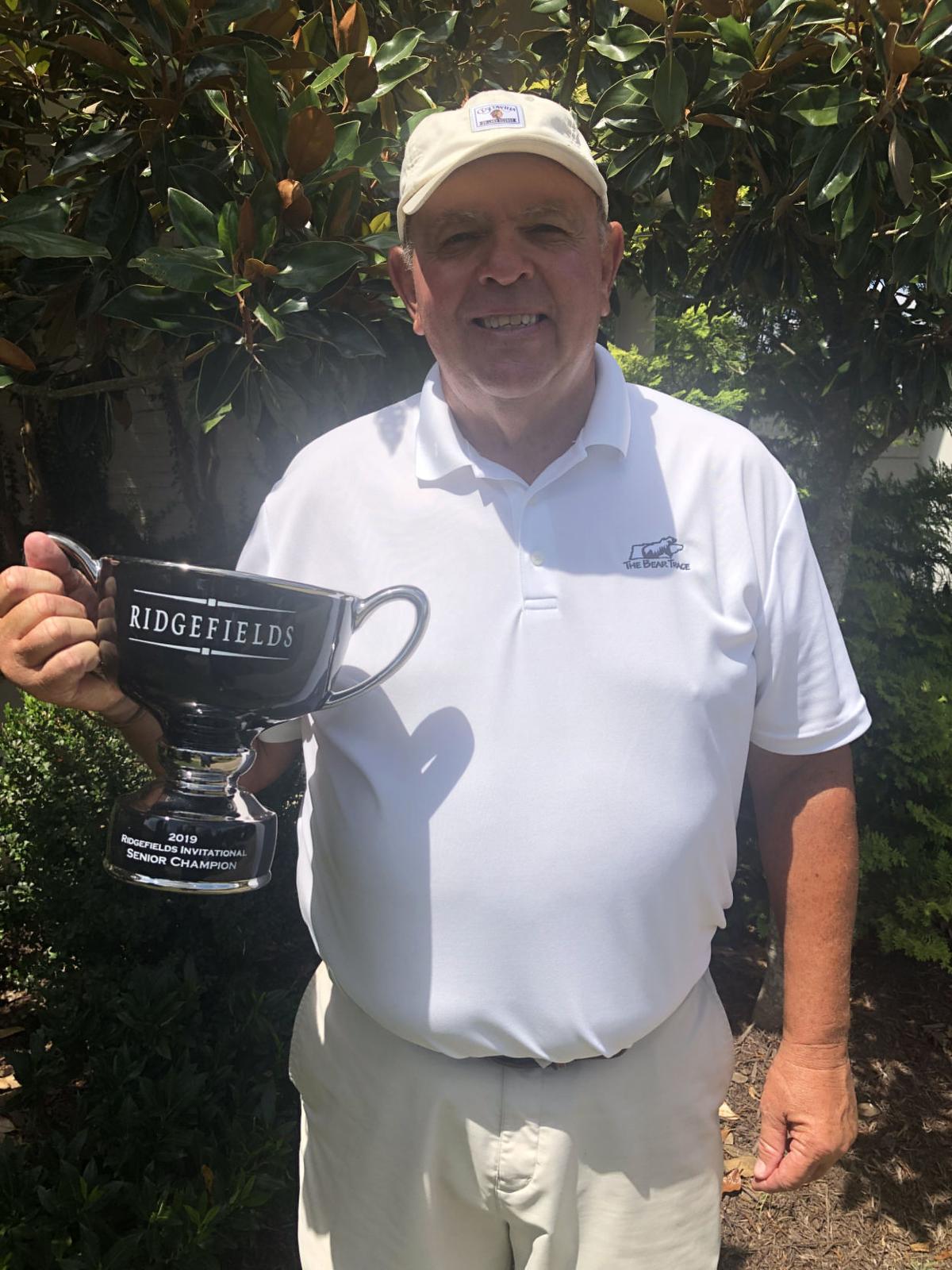 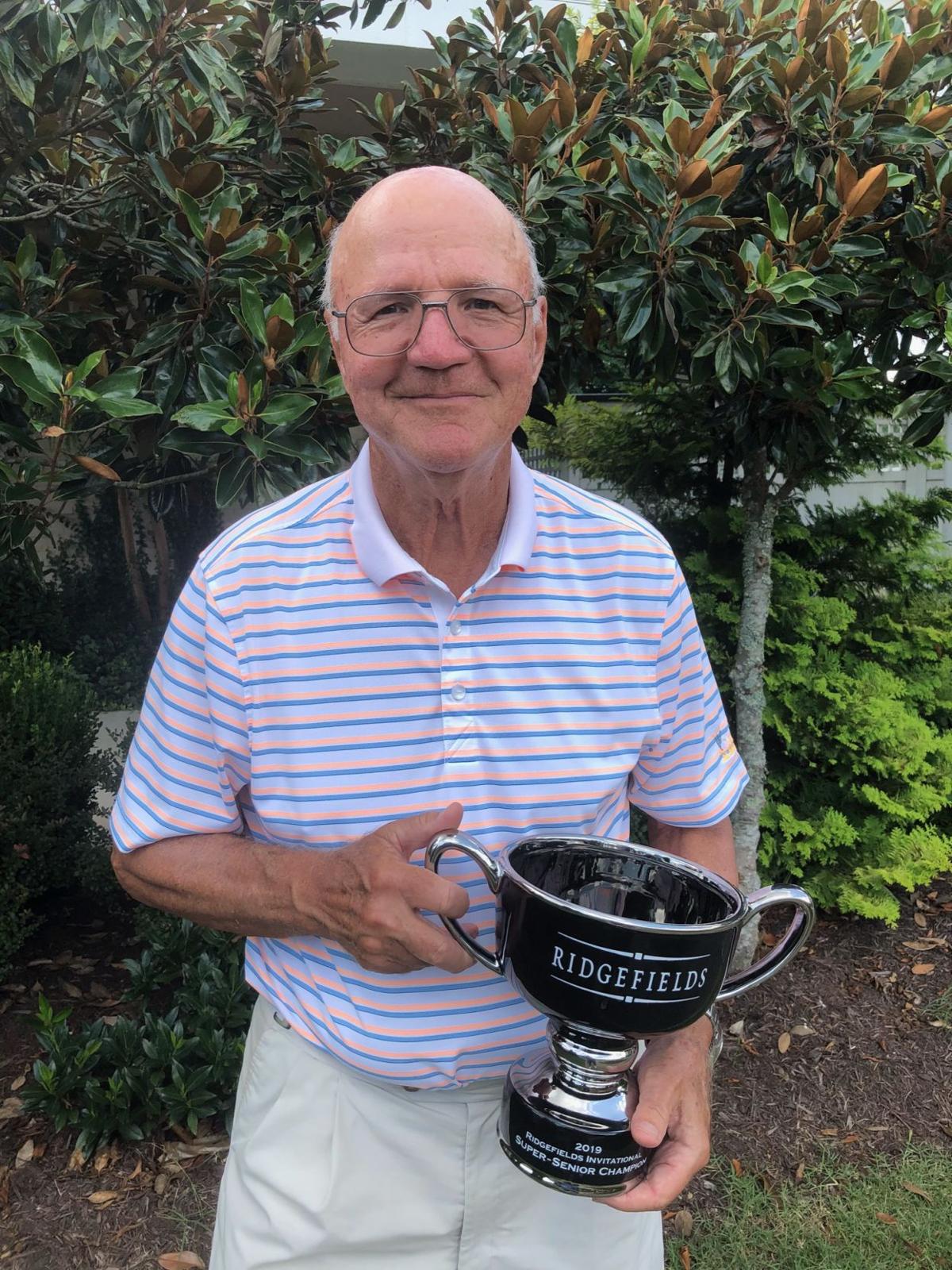 William Nottingham set the tournament scoring record at the Ridgefields Invitational with a 197 total, 19 under par.

KINGSPORT — With the temperatures soaring near 90, William Nottingham was as cool as his score.

Playing with a big lead and swinging freely and easily, Nottingham completed his domination of the Ridgefields Invitational golf tournament Sunday, firing an eight-under-par 64 to break the tournament scoring record with a 54-hole total of 197, 19 under par.

“It’s a lot of fun to just keep doing your thing,” said Nottingham, who won by 14 strokes over defending champion Lucas Armstrong. “I was hitting fairways and hitting greens and the birdies kept coming. It was fun to keep rolling them in.”

Nottingham, who will be a senior at Clemson this year, broke the tournament scoring record of 15 under par, set by PGA Tour winner Scott Stallings in 2006. It was his third Ridgefields championship in the last four years.

“There wasn’t really any pressure,” Nottingham said. “I knew I was playing well and if I just kept doing what I was doing, everything would be OK. I was just trying to go out and shoot a low number today.”

He got to eight under for the day with a birdie at the 16th hole. One more birdie would get him to 20 under par, and he knew it.

“I kept trying to go lower,” said Nottingham, who had two bogeys all week and none Sunday.

Pars on the last two holes forced him to “settle” for 64.

It was actually the second time Nottingham shot eight under par in this tournament. Back in 2014, when he was in high school, he shot 63 in the final round. The course was set up as a par 71 that year.

Armstrong began the day six strokes back and knew he would need help to catch the leader. That help never came and the defending champ settled for second place after a final-round 72.

“I felt like I was trying to beat Tiger Woods in his prime on his home course,” Armstrong said. “He was hitting the greens and making a lot of putts. I was just trying to get second. It was fun watching him. He’s really good.”

While Nottingham was dominating the tournament, the Senior Division had a runaway of its own. Tony Green fired a 69 and won by six strokes after finishing six under par.

“You can’t defeat Father Time,” the 67-year-old Green said. “I’m trying to put him off for a while. Since I retired, I am playing a lot, and you get some mental toughness from that. I hit a couple of bad shots and I snapped back from that and recovered. That helped.”

It was the fifth Ridgefields title for Green. He won the Championship Division once and has won the Senior Division four times.

Mike Poe shot his third consecutive 72 to finish second at 216. Mark Halvorsen and Cary Daniels tied for third at 218.

Hal McHorris, at 78 years old, shot 68 in the Super-Senior Division to complete his runaway victory. He wound up with a total of 215, one under par, and won by 25 strokes.