Skip to main content
You are the owner of this article.
Edit Article Add New Article
You have permission to edit this article.
Edit
Home
News
Sports
Obituaries
Living
Photo & Video
Opinion
Classifieds
Games
Send Us Your News
About & Policy
Contact Us
Special Sections
Share This
1 of 3 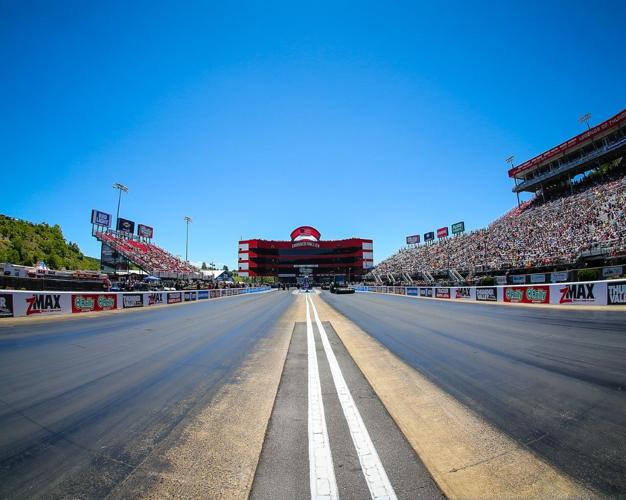 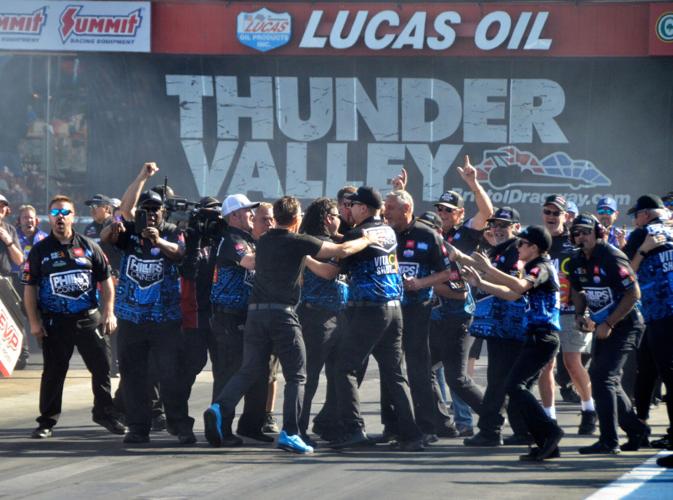 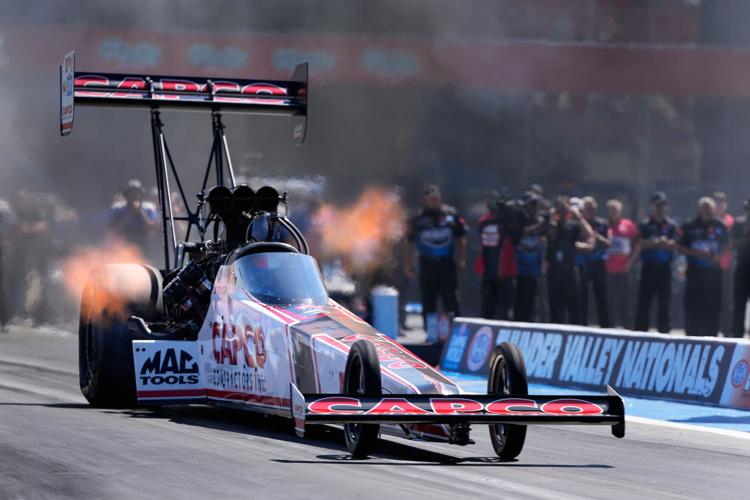 Steve Torrence rockets down the track in his Top Fuel dragster during Sunday’s NHRA Thunder Valley Nationals at Bristol Dragway.

Steve Torrence rockets down the track in his Top Fuel dragster during Sunday’s NHRA Thunder Valley Nationals at Bristol Dragway.

BRISTOL — The NHRA Thunder Valley Nationals took center stage in American motorsports Sunday with an off week for the NASCAR Cup Series and IndyCar.

Bristol Dragway proved to be the ultimate showcase with a huge turnout of fans, along with picture, perfect weather conditions. Getting a smooth run down the track made it challenging for the drivers, but interesting for the fans.

Ron Capps extended his record with a sixth Funny Car win, while other winners were: Mike Ashley (Top Fuel), Aaron Stanfield (Pro Stock) and Jerry Savoie (Pro Stock Motorcycle). However, the biggest winners may have been the fans, who helped create a great, fun atmosphere.

It’s hard to find a much bigger fan of Bristol Dragway than NHRA President Glen Cromwell.

“Coming to Bristol every year, we look forward to it with the NHRA,” Cromwell said. “(BMS President) Jerry Caldwell and his staff do a wonderful job for the teams, the fans and NHRA. They’ve carried on the tradition from (former track president) Jeff Byrd and it’s a special stop for us. We circle it on the calendar and we really enjoy coming here.”

With a packed grandstand on Saturday and another strong crowd on Sunday, Cromwell talked about the extra element of the NHRA Thunder Valley Nationals being on Father’s Day weekend. It has become a family tradition for many to create memories at the race track.

“It’s a big push to bring out dad,” he said. “It’s big for dads to bring out their sons and daughters. They really enjoy their time out here and it’s a special weekend. It’s just a great place.”

No driver has a bigger love affair for Bristol than Mike Salinas. He won the Thunder Valley Nationals in 2019 and 2021, but lost in the second round to Shawn Langdon on Sunday. Still, he was the No. 1 qualifier and had a big weekend at Thunder Valley.

He even talked his way out of a speeding ticket on his way back to staying in Johnson City.

“I got stopped and he came to the car saying I was 18 mph over the speed limit,” Salinas said. “I’m like, ‘I just got out of a 300 mph race car.’ He goes, ‘You know we love you guys. Slow down and have a good time.’ The funny thing is his boss is in our pit. They’ve been with us every year.

“There’s great people everywhere we go. We love this area.”

Some might have questioned Bristol’s status when NHRA skipped coming there in the COVID-19 year of 2020. This weekend produced an emphatic answer that it’s truly one of the marquee drag racing venues like Indianapolis, Gainesville and Pomona.

Angelle Sampey, the three-time Pro Stock Motorcycle champion, hasn’t been a fan of a Bristol’s bumpy racing surface. Still, she ranks Thunder Valley at the top of any drag strip in the country. She won the 2021 NHRA Thunder Valley Nationals and was No. 1 qualifier for the weekend races.

A big reason for her love of Bristol is the passion of the fans.

“I haven’t had the amount of support I’ve had at this place in a long time, really back to the Winston days,” she said. “The line for signing autographs seemed endless. That’s a really good feeling. I really enjoy having that many people waiting to meet you and take pictures. It makes it so much fun to do this.”

Robert Hight, who was the No. 1 qualifier in Funny Car, echoed Sampey’s high praise for Bristol Dragway. He added the sport doesn’t exist at a high level and that sponsors aren’t on the race cars if not for the passionate fans.

For Bristol fans, they have a chance to see drag racing at its finest.

“Coming underneath the tower here and seeing a packed house, that is awesome,” Hight said. “It’s a most beautiful facility that people come and see what NHRA drag racing is all about. The fans are why we’re here.

“I think the fans are spoiled if this is the only race track they’ve been to. This is premier. It doesn’t get any better. All of the SMI tracks, they set the standards. A lot of tracks aren’t even in their zip code. It makes it fun to come here with a packed house and race in front of these fans.”