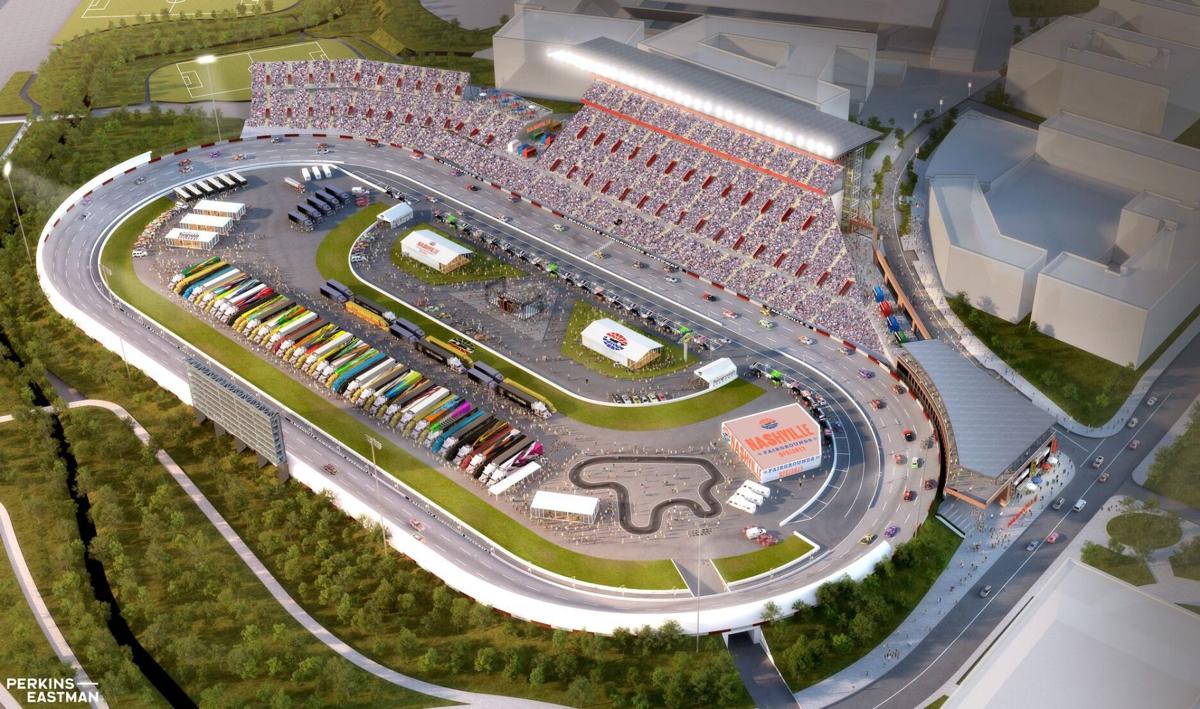 An artist rendering of renovation plans for Nashville Fairgrounds Speedway. 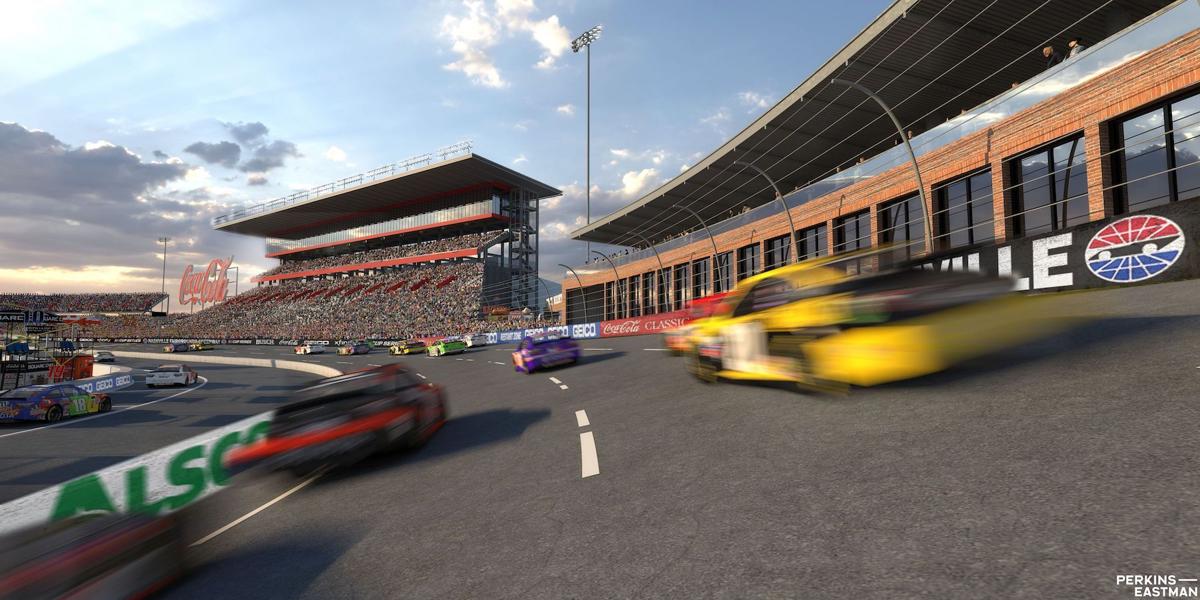 An artist rendering of race cars coming off turn 4 at the renovated Nashville Fairgrounds Speedway.

An artist rendering of renovation plans for Nashville Fairgrounds Speedway.

An artist rendering of race cars coming off turn 4 at the renovated Nashville Fairgrounds Speedway.

It was announced Tuesday that Nashville Mayor John Cooper has agreed to a proposal by Bristol Motor Speedway to renovate Nashville Fairgrounds Speedway and bring the NASCAR Cup Series back to the historic facility.

The proposal requires BMS to revitalize the speedway at no cost to the Metro General Fund, implement noise reduction as part of the design, reduce track testing and generate hundreds of millions of dollars in economic impact for Nashville.

“Once the renovations are complete, Nashville Fairgrounds Speedway will be a new destination for motorsports and entertainment,” said Jerry Caldwell, executive vice president and general manager of Bristol Motor Speedway. “We’ll operate to maximize event opportunities while mitigating the impact on area residents. Our goal is to create something that Nashville and the surrounding community can be proud of.”

The 117-year-old facility is the nation’s second oldest operating motor speedway in the United States, first hosting motorcycles and automobiles as well as harness horse racing in 1904. It became a .596-mile paved oval in 1958 and hosted the Cup Series until 1984.

More recently, the track has hosted late model racing with the famed All-American 400. In July, Chase Elliott won the season finale for the Superstar SRX Series.

The new partnership with BMS has the Nashville Metro Government maintaining the facility, which will be renovated into a multi-purpose venue that will host non-racing events such as concerts. An analysis by Tourism Economics estimated the facility would generate about $100 million annually in economic activity.

Recent renovations to the Fairgrounds property have included a new Major League Soccer stadium. The revitalization plan shows around a 30,000-seating capacity for the city-owned speedway, which BMS would lease and operate over a 30-year term.

It is unsure how the Nashville Fairgrounds plans will impact that facility.

“We’re thrilled to have the opportunity to work with the mayor, government officials and Nashville community to breathe new life in the legendary Fairgrounds Speedway,” said Marcus Smith, president and CEO of Speedway Motorsports. “In addition to bringing major NASCAR series races back to the historic facility, we’ll create a calendar for local racing and special events that generates a positive economic impact for the region.”

Nashville has become a motorsports hotbed with an estimated 110,000 people attending the Music City Grand Prix in downtown Nashville. The race for the IndyCar Series was held at a street circuit that passed by the Tennessee Titans football stadium. This week, Nashville is hosting the NASCAR Awards ceremony.

One fan of the Fairgrounds proposal is Dale Earnhardt Jr., who raced three times at the track in the NASCAR Xfinity Series (then Busch Series). He finished third in 1998 and won the pole for the 1999 race.

“I still remember the first time I came to the Fairgrounds to race. I fell in love with the place after the first lap,” said Dale Earnhardt Jr. “Nashville Fairgrounds is a historic and iconic venue, and Bristol Motor Speedway is the very best partner to continue that storied history. I’m looking forward to witnessing the next chapter in the life of this historic landmark.”