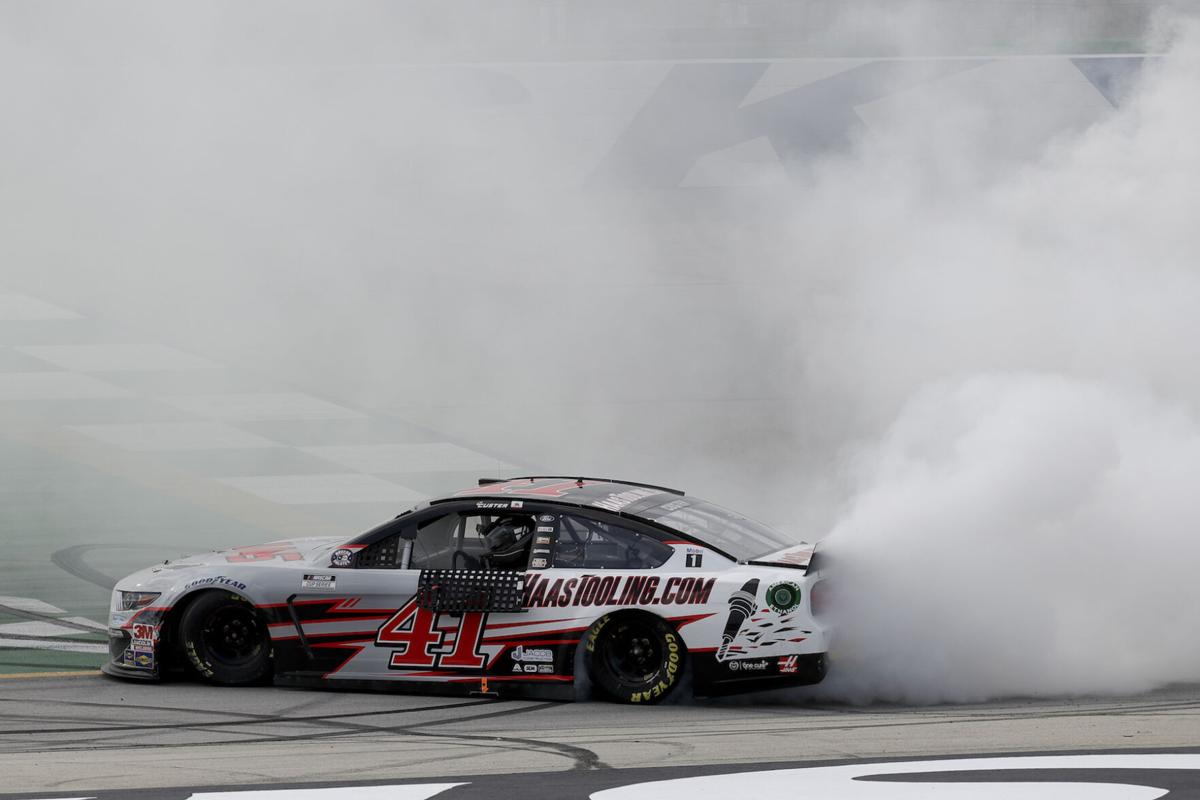 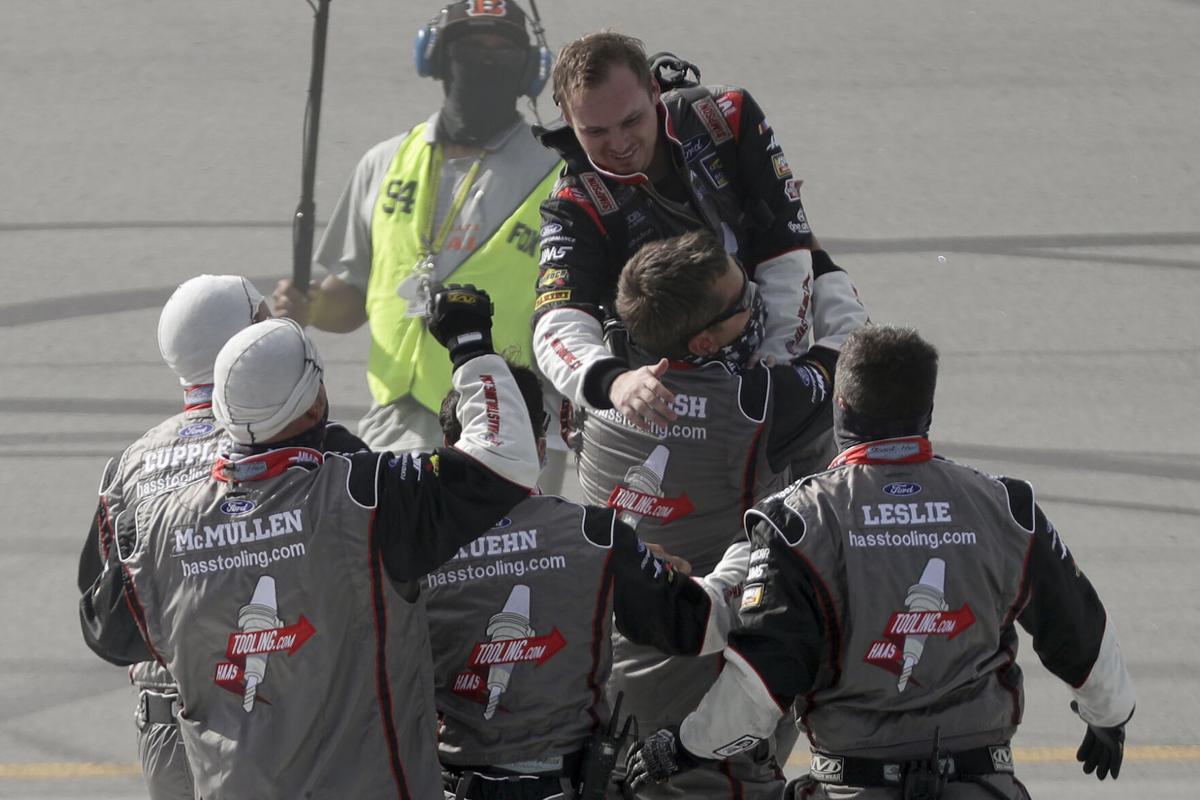 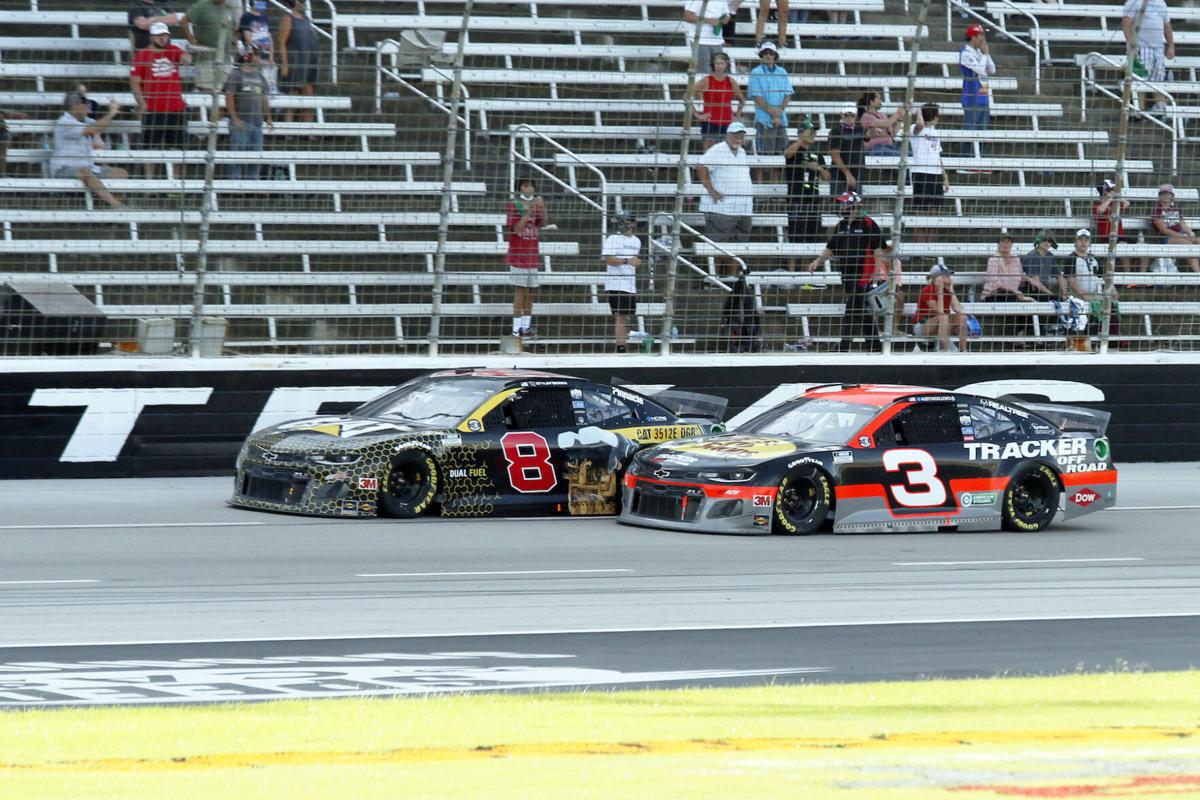 Tyler Reddick (8) and Austin Dillon (3) battle for the lead during a NASCAR Cup Series race at Texas Motor Speedway in Fort Worth, Texas, Sunday, July 19, 2020.

Tyler Reddick (8) and Austin Dillon (3) battle for the lead during a NASCAR Cup Series race at Texas Motor Speedway in Fort Worth, Texas, Sunday, July 19, 2020.

The 2020 NASCAR rookie class is living up to its preseason billing with a win, a runner-up finish and a combined 17 top-10 finishes through the first 19 races.

From a historical perspective, the performance is strong, but lagging a little behind the sport’s top-two rookie classes.

It’s no surprise that Cole Custer would be the first of the rookie class to visit the winner’s circle. Driving for the powerful Stewart-Haas Racing team, Custer made an outside pass on the final lap at Kentucky for his first win.

The driver of the No. 41 Ford has two top-five and four top-10 finishes over the first 19 races. He ranks 19th in the Cup Series points heading into Sunday’s race at New Hampshire. While he should be locked into the playoffs with his victory, he’s looking for more.

“If I look back on it I’d say, ‘Yeah, it was a successful rookie season,’ when you win a race and I feel like we’re starting to get to a point where we’re running competitively,” Custer said. “But, at the same time, I’m not going to be satisfied if we go into the playoffs and get knocked out in the first round and don’t run well.

“I want to be able to go into the playoffs and be competitive and make a run at it and not just be a part of it.”

Tyler Reddick, a two-time NASCAR Xfinity Series champion, has been the most consistent of the rookie class. The whole Richard Childress Racing organization has been lifted with Reddick in the No. 8 Chevrolet. He has two top-five and six top-10 finishes. He finished second to teammate Austin Dillon at Texas and ranks 15th in the point standings.

Christopher Bell came into the season with the most hype. The driver of the No. 95 Leavine Family Racing Toyota built a strong reputation in open-wheel midget cars and proved equally talented in stock cars with 16 Xfinity Series victories.

But he has struggled some in the heavier Cup cars. He has one top-five finish, a fourth at Pocono, and is 23rd in points.

“I think all of us have had our moments where we’ve done well. Pocono was definitely a highlight for me. Bristol was another one,” he said. “It’s been cool to see John Hunter (Nemechek) and Cole and Tyler Reddick also up there. They’re all running good and I’m really proud of all of us rookies for competing well and hopefully we can continue to improve and maybe get a couple more rookie wins.”

Nemechek was strong early, driving the No. 38 Front Row Motorsports entry. The son of veteran NASCAR driver Joe Nemechek has posted two top-10 finishes and sits one spot behind Bell in the Cup Series points.

The 2020 class is ahead of the 1993 class, which included future champions Jeff Gordon and Bobby Labonte, along with Kenny Wallace.

Gordon, who won rookie of the year honors, had 11 top-10 finishes that season, but also had 11 races he didn’t finish. Labonte’s number of six top-10 finishes, were also matched by his six DNFs. Wallace had three top-10s and six DNFs.

The 1979 rookie class remains the gold standard in NASCAR. It featured NASCAR Hall of Fame drivers Dale Earnhardt and Terry Labonte, who would win a combined nine Cup Series championships, along with Joe Millikan and Harry Gant.

Dale Earnhardt had one win — the Southeastern 500 at Bristol — along with four poles, 11 top-five and 17 top-10 finishes in 27 races. Not a particularly strong qualifier, the only other time Earnhardt had four poles in a season was 1990.

He was injured in a wreck at Pocono and missed four races. During that time, David Pearson drove the Rod Osterlund-owned No. 2 Chevrolet to a win in the Southern 500.

Millikan, driving for the No. 72 L.G. Dewitt-owned team which powered Benny Parsons to the 1973 championship, had the best overall season. Millikan, a Petty protégé’ from Randleman, N.C., won a pole, had five top-five and 20 top-10 finishes in 31 races. He finished sixth in the series point standings.

Labonte had a solid rookie season with 13 top-10 finishes, highlighted by a third at the Southern 500. Gant had the strongest resume’ coming in, a frequent winner on the old Late Model Sportsman circuit. However, Gant raced for the weakest team and the Jack Beebe-owned No. 47 cars had 12 DNFs in 25 races.

The 2006 class was the second-best rookie class of the modern era. Their performance was highlighted by Denny Hamlin winning two races, three poles and posting a third-place finish in the year-end point standings.

Clint Bowyer added to the bounty with four top-five and 11 top-10 finishes. Martin Truex Jr. sported two top-five and five top-10s, capping off the season with a runner-up finish at Homestead.