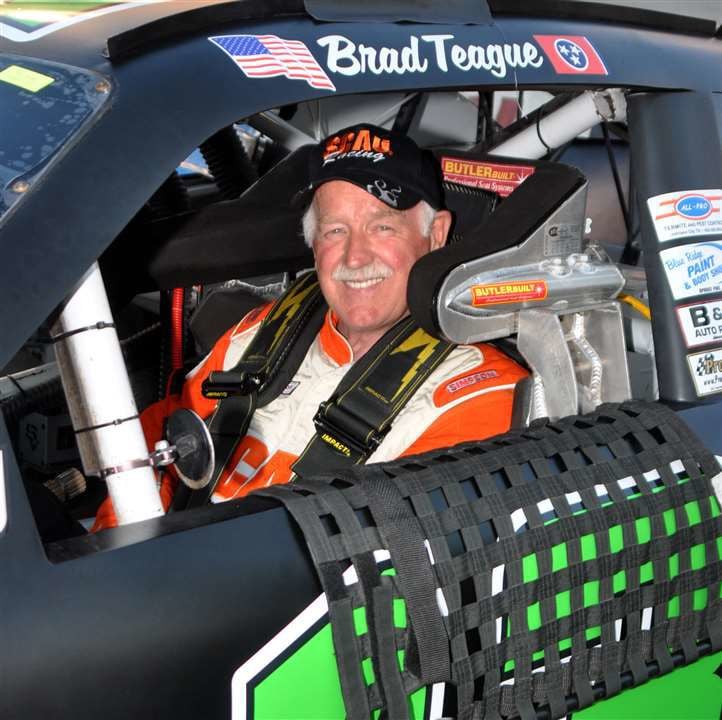 Brad Teague is all smiles before making his final career NASCAR Xfinity Series start at Bristol Motor Speedway in 2015. 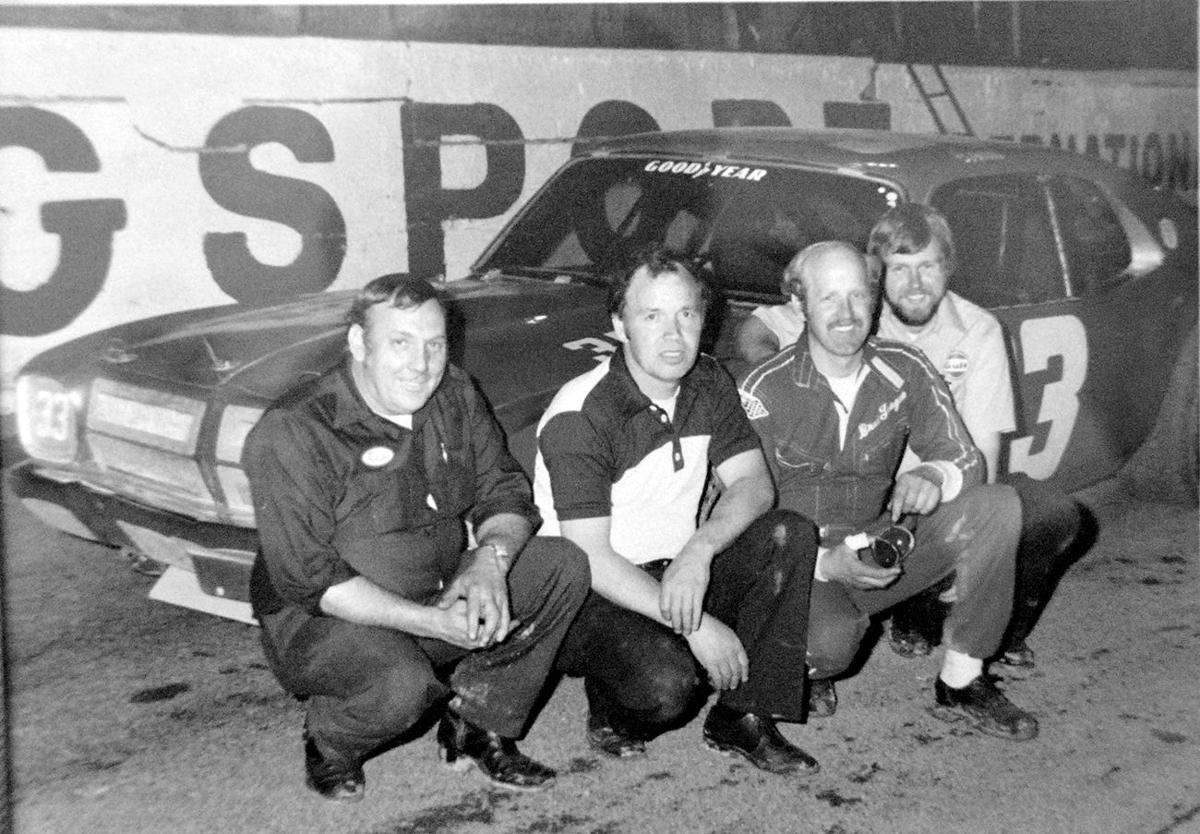 As an all-Johnson City team, driver Brad Teague is flanked by crew members Ralph Holder, Brownie King and Butch Carpenter in the late 1970s. The car was owned by Johnson City businessman John Hodges, modified by Jess Potter and painted by Jerry Honeycutt.

Brad Teague is all smiles before making his final career NASCAR Xfinity Series start at Bristol Motor Speedway in 2015.

As an all-Johnson City team, driver Brad Teague is flanked by crew members Ralph Holder, Brownie King and Butch Carpenter in the late 1970s. The car was owned by Johnson City businessman John Hodges, modified by Jess Potter and painted by Jerry Honeycutt.

The Johnson City driver made nearly 300 starts in NASCAR’s three national series — Cup, Xfinity and Trucks — over a 33-year period. Prior to that, he finished runner-up in the 1981 Late Model Sportsman national standings. It was the precursor to the Xfinity Series.

He is a native of Buladean, N.C., but moved “across the mountain” 25 miles to Johnson City after finishing high school.

WHAT BROUGHT YOU FROM BULADEAN, N.C., TO JOHNSON CITY?

Teague: “There wasn’t any work in Buladean and I wanted to be here where the racing was at, Sportsman Speedway. A lot of people in Buladean worked in Johnson City and I liked Johnson City.

WHEN WAS THE FIRST TIME THAT YOU THOUGHT I WANT TO BE A RACE CAR DRIVER?

Teague: “I wanted to race from the time that I remember. When I would see a race car go down the road on a tow truck, I would really want to see that thing and look at it. It was in my blood bad and I wanted to do it from the start.

“Bill Birchfield had an old pickup truck which was one of the first street cars I drove. Then, he got a ’63 Chevrolet that he let me drive quite a bit.

“The first race car I got into was in 1967. It was a ’57 Chevrolet we built for the Amateur division at Sportsman Speedway. N.F. Street and my sister’s husband put the roll bars in it. N.F. Street and his dad, Nave, had a little garage in Buladean where we worked on it.

“We went to Late Models the next season and Jess Potter helped us some, told us what to do before I got to drive for Jess.”

WHO WERE SOME OF THE BEST DRIVERS YOU WERE ON THE TRACK WITH?

Teague: “I saw a lot of talent in Cale Yarborough and Bobby Allison. Jack Ingram, Butch Lindley and Harry Gant were some of the best in the old Late Model Sportsman Series.

“The young guys I think have the most talent are Chase Elliott, Ryan Blaney and Kyle Larson. Some of the other more recent drivers, Jeff Gordon and Kyle Busch have a lot of talent. Those are the drivers you could tell had talent from the start. I was around it so much that I could tell who had 100 percent talent and who had 90 percent talent.

“With race car drivers, there are seasons when it seems you can’t do anything right and other seasons where about everything goes right. You don’t change anything, but you get those streaks of bad luck. It’s not meant to not have bad luck for 20 years.”

WHAT WERE YOUR FAVORITE TRACKS AND WHY?

Teague: “Three of the toughest tracks I seemed to run good at and liked the best. Bristol was always my favorite track. Darlington was my favorite with the bigger tracks. I liked Dover too. Richmond isn’t as tough to drive on, but I liked it. Now the old Richmond track, it was tough to get around it good.

IS THERE A PARTICULAR RACE THAT MOST STANDS OUT?

Teague: “Going to Bristol were my favorite races. I wanted to win more there than I did the Daytona 500. I had opportunities a few times to win, but couldn’t put it all together because of getting in wrecks and all that. I loved that place and I miss it terrible right now.

“I finished third up there and had a good enough car to win the race if we could have gotten a caution. I just never could get the right breaks with a caution. That Bristol race track, the first time I went up there was in 1972, qualified about 15th and finished fourth with an old dirt track car.

“I loved it the first time I went up there to run and I’ve never quit loving that race track. To me, anybody who wants to watch a race, whether it’s a good race or a bad race, it’s still the best place to watch a race.”