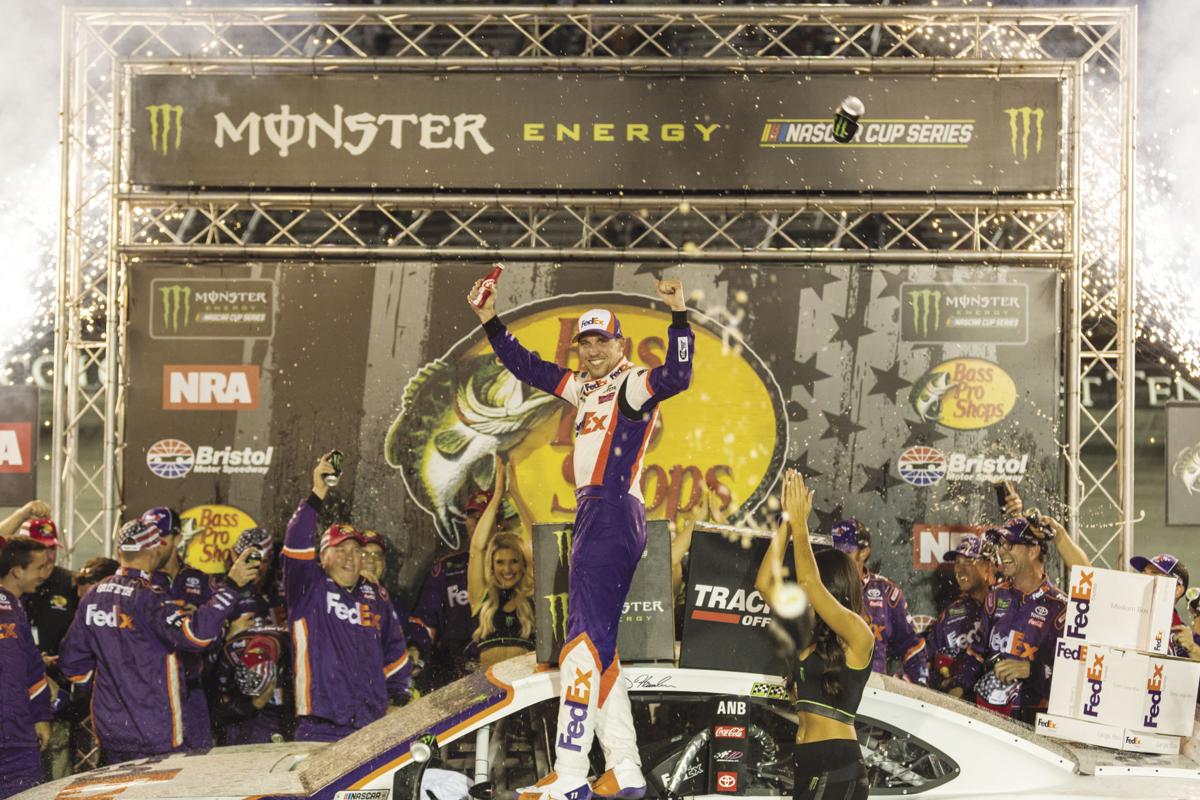 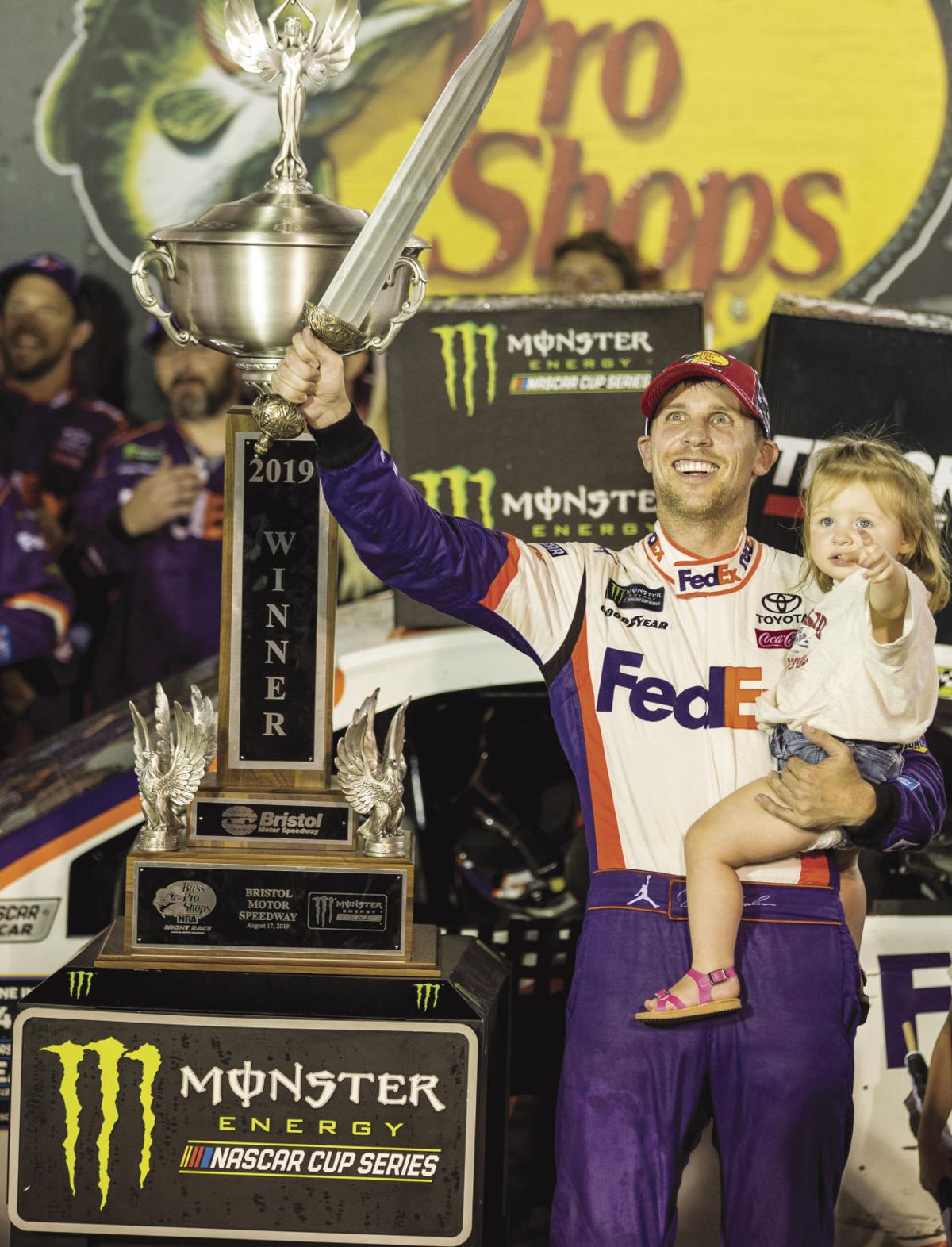 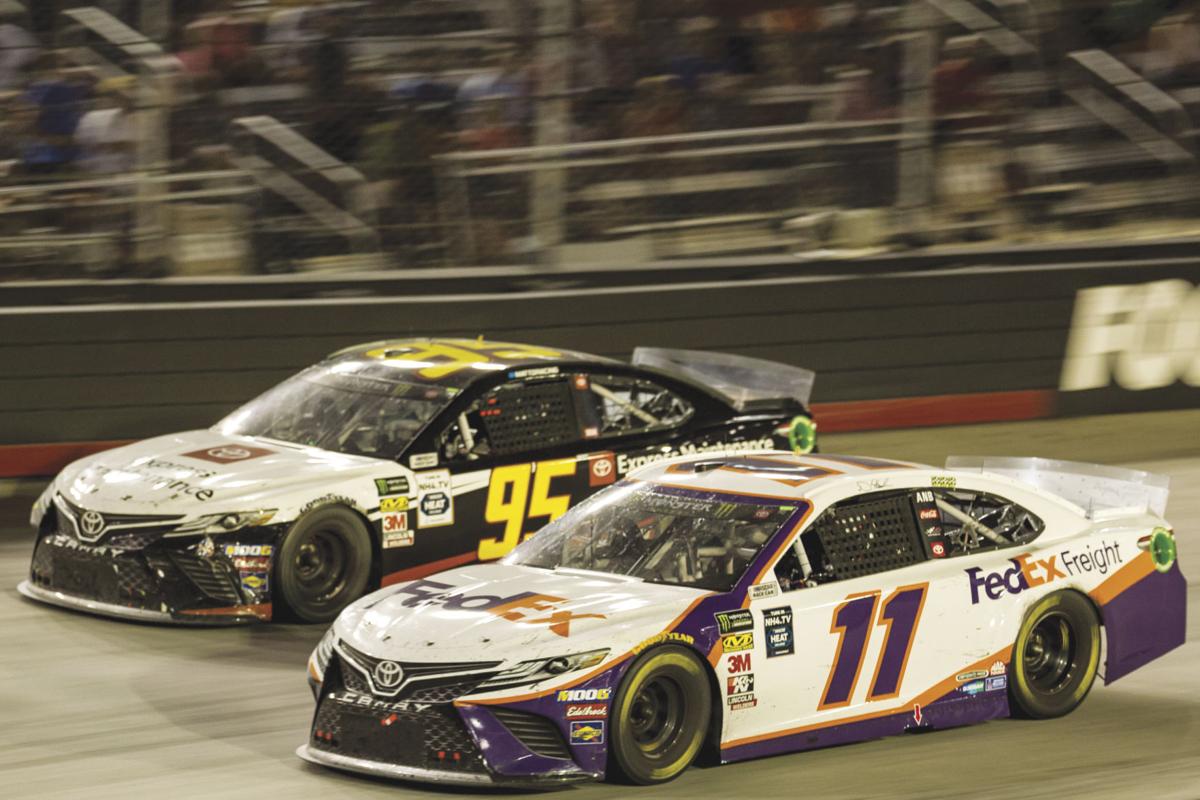 Denny Hamlin (11) and Matt DiBenedetto race side by side. 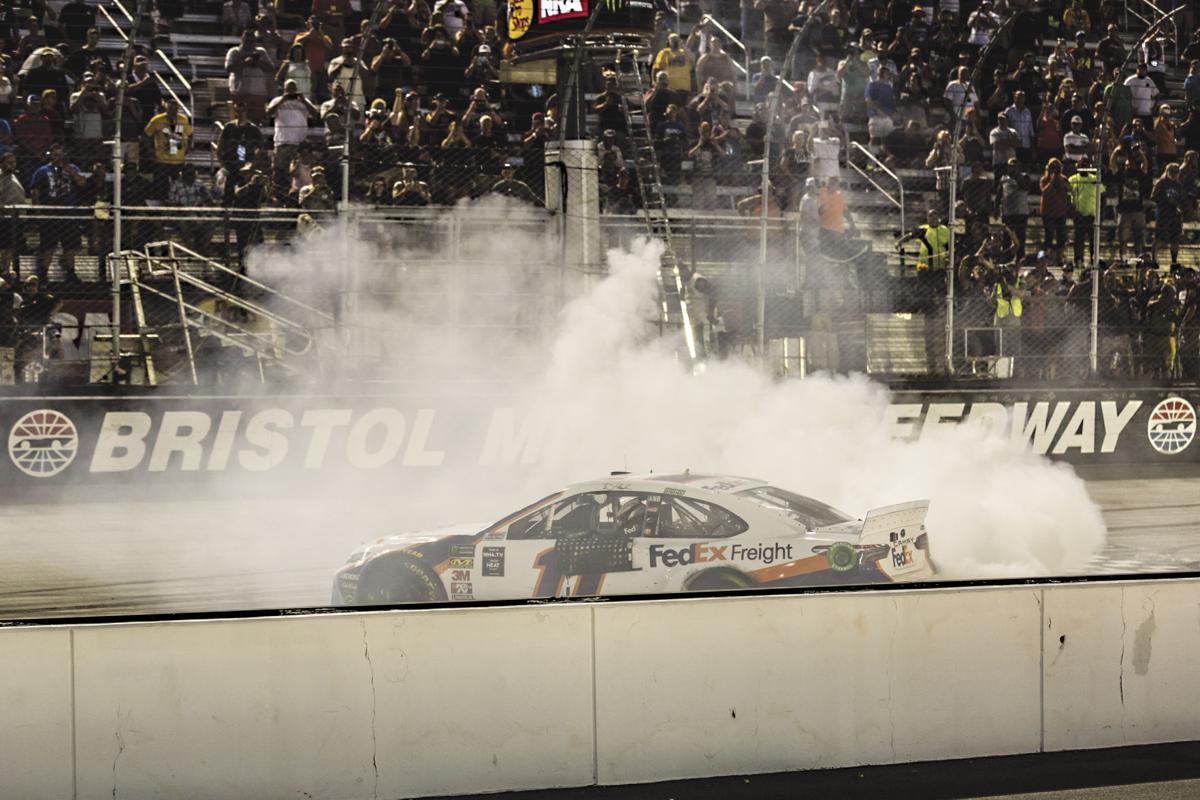 Denny Hamlin gives the fans a little extra after taking the checkered flag. 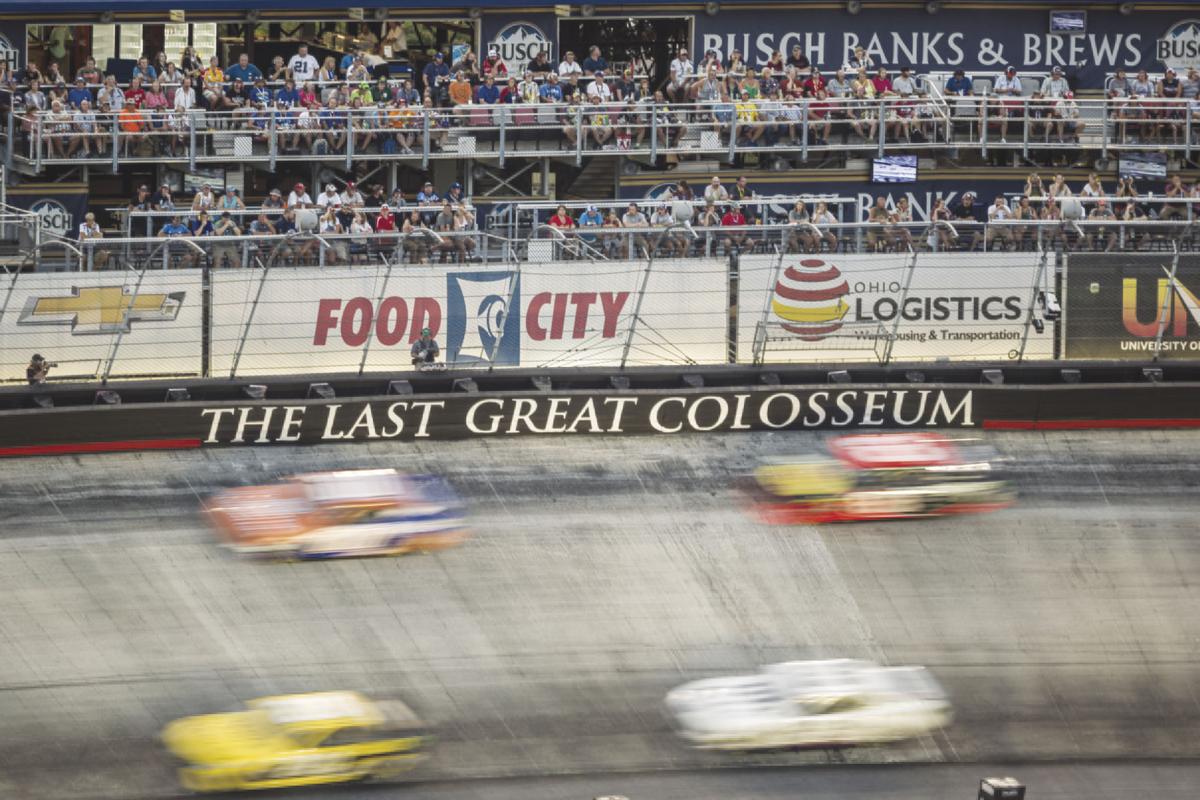 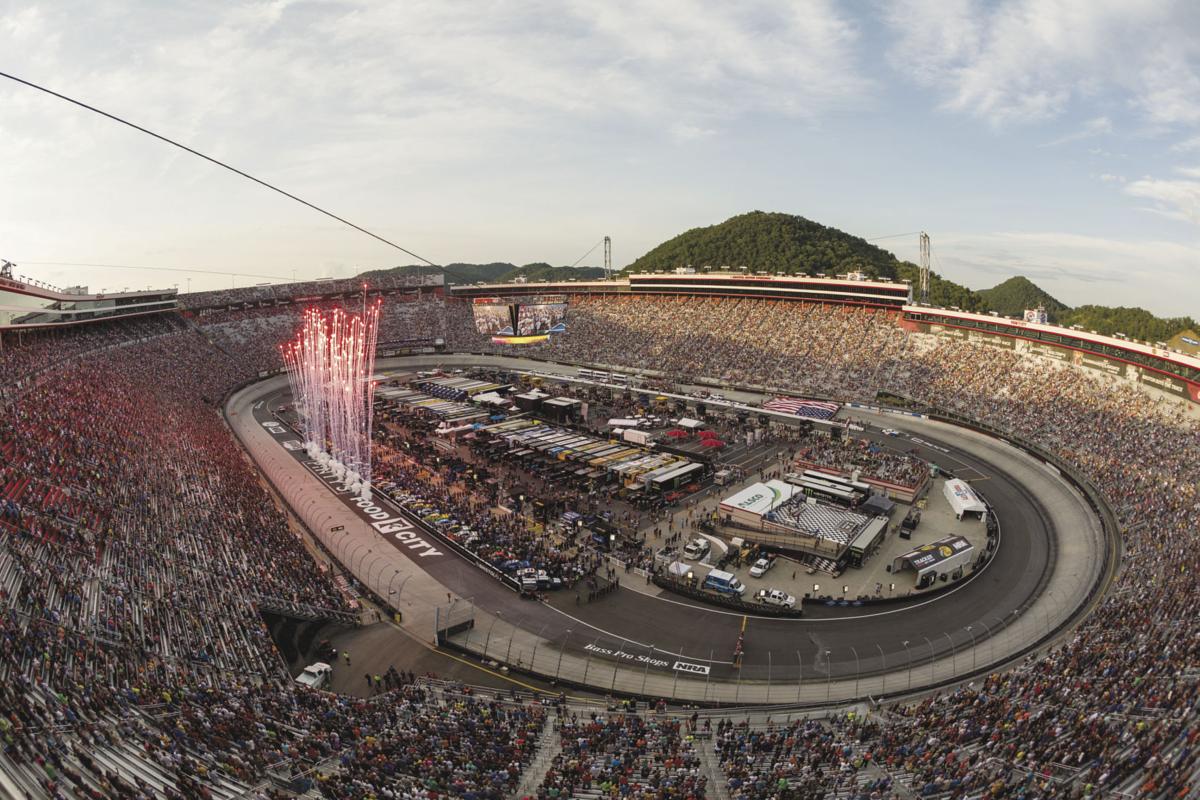 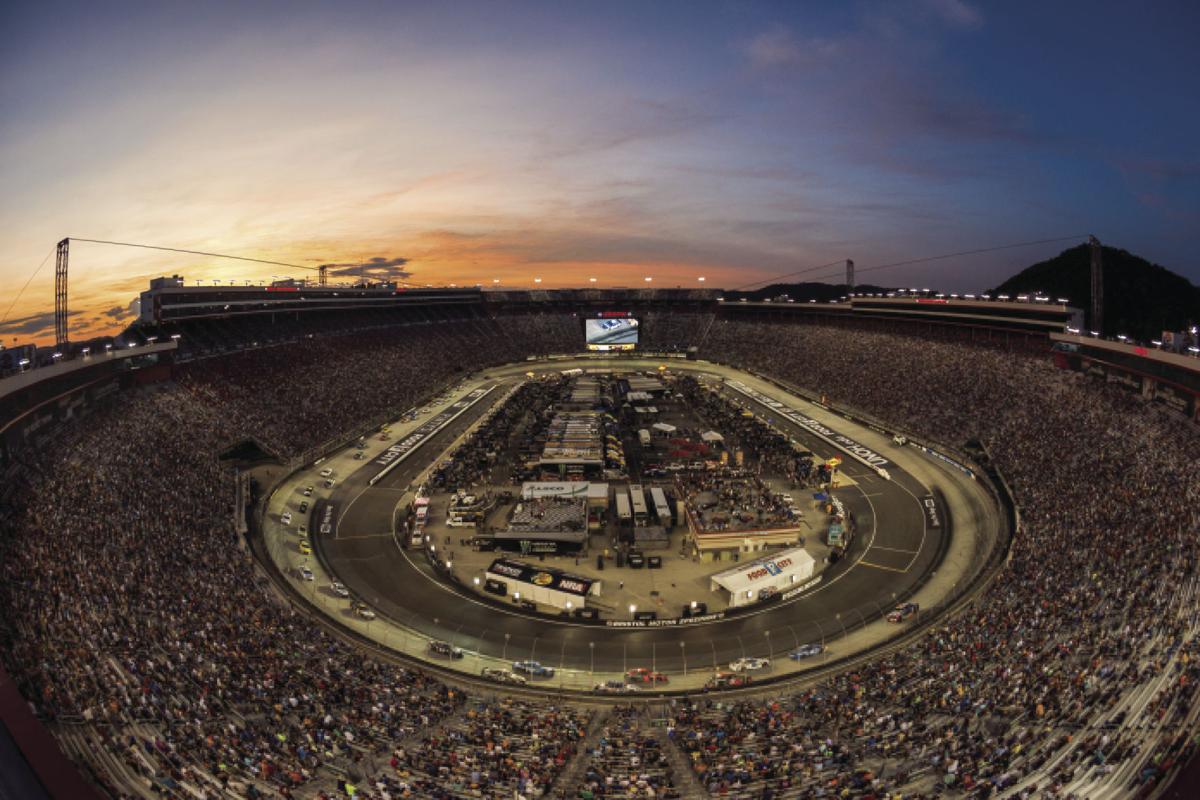 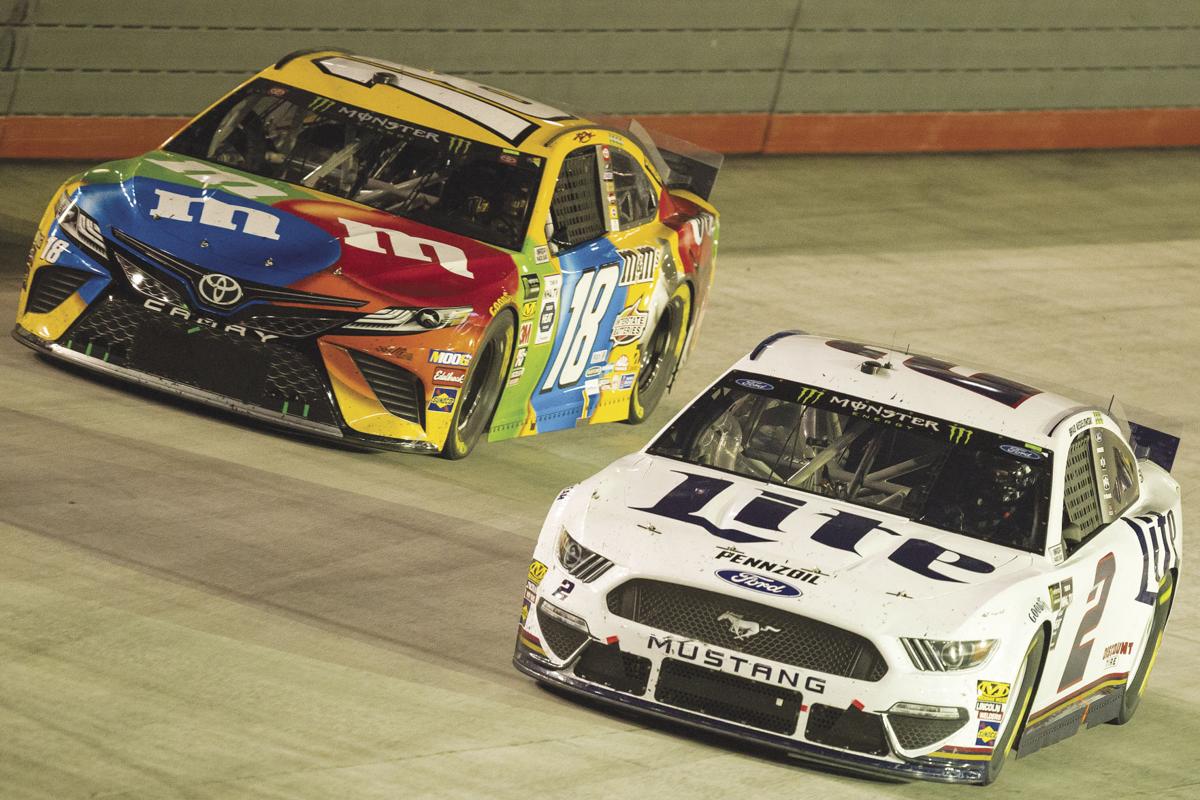 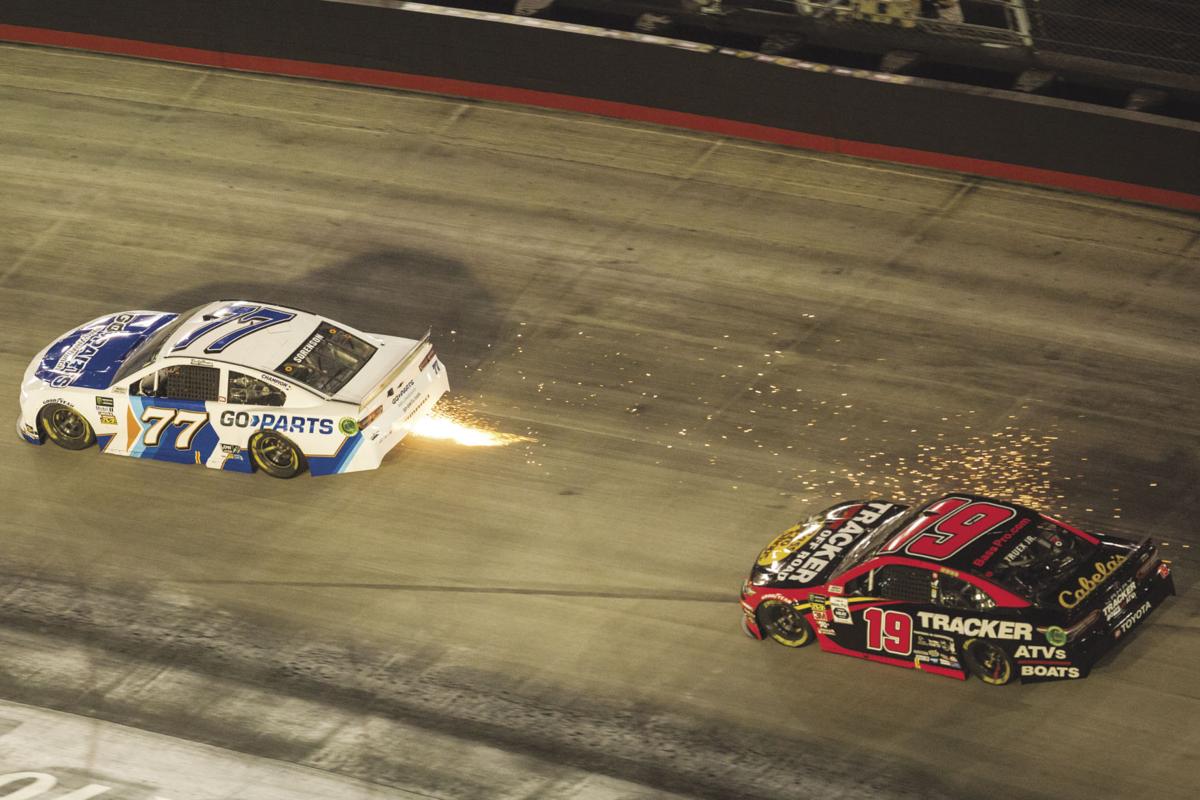 Denny Hamlin (11) and Matt DiBenedetto race side by side.

Denny Hamlin gives the fans a little extra after taking the checkered flag.

Hamlin, driving the No. 11 Toyota for the powerhouse Joe Gibbs Racing team, passed DiBenedetto’s No. 95 Toyota for the lead with 12 laps to go to win Saturday’s Bass Pro Shops NRA Night Race at Bristol Motor Speedway.

It was the fifth straight top-three finish for Hamlin and his sixth consecutive top-five finish.

It was Hamlin’s second win in the Bristol Night Race, his fourth victory of the season and the 35th first-place showing of his Monster Energy NASCAR Cup Series career.

“I’m so sorry to Matt DiBenedetto and Mike Wheeler. I hate it,” said Hamlin, a 38-year-old Virginia driver. “I know what a win would mean for that team. But, I have to give 110 percent for my team and FedEx. This team is really kicking butt right now.

DiBenedetto, who earlier in the week found out he was losing the Leavine Racing Toyota ride at the end of the season, was emotional afterward. He led 93 laps and scored a career-best second place finish, but had to fight back tears after the tough loss.

He explained the handle on his car went away after he made contact with the No. 6 Ford of Ryan Newman, who was fighting hard to stay in the lead lap.

“I wanted to win so bad for this team, these guys. I’m thankful they gave me this opportunity. I’m sad,” said an emotional DiBenedetto, who came out to the “Rocky” theme in pre-race introductions. “We got tight after the deal with (Ryan) Newman. Congrats to Denny. I’ve been a fan of his since I was a kid. To race him door-to-door at Bristol … I’m not done yet. Something will come open. It’s been a hard week and I’m a little misty.”

Two-time Bristol winner Brad Keselowski finished third in the No. 2 Team Penske Ford, passing Chase Elliott for second before Hamlin with fresher tires got by both on his way to the front.

“It was a great day for us. We had a really great race car,” Keselowski said. “We led a lot of laps. It shows we have some capabilities of running up front and winning races.

Eight-time Bristol winner Kyle Busch passed Elliott to finish fourth in the No. 18 Toyota. Elliott wound up fifth in the No. 9 Hendrick Motorsports Chevrolet.

Kyle Larson, who led three times for 62 laps in his No. 42 Chevrolet, finished sixth. Clint Bowyer and Daniel Suarez in a pair of Stewart-Haas Racing Fords, defending race champion Kurt Busch and Ryan Blaney rounded out the top 10.

It was a competitive race throughout with 23 lead changes among 10 drivers.

Hamlin and Larson swapped the lead four times in the first 50 laps. With three laps to go in the Stage 1, Elliott briefly inched ahead of Larson, only to see Larson get back around him and take the win.

Kurt Busch took the win in the Stage 2 when most of the leaders came to the pits with six laps to go. By staying on the track, he started the final stage in 14th position.

Hamlin had his own struggles. After starting on the pole, he fell a lap behind with a flat tire before rallying back to win the race.