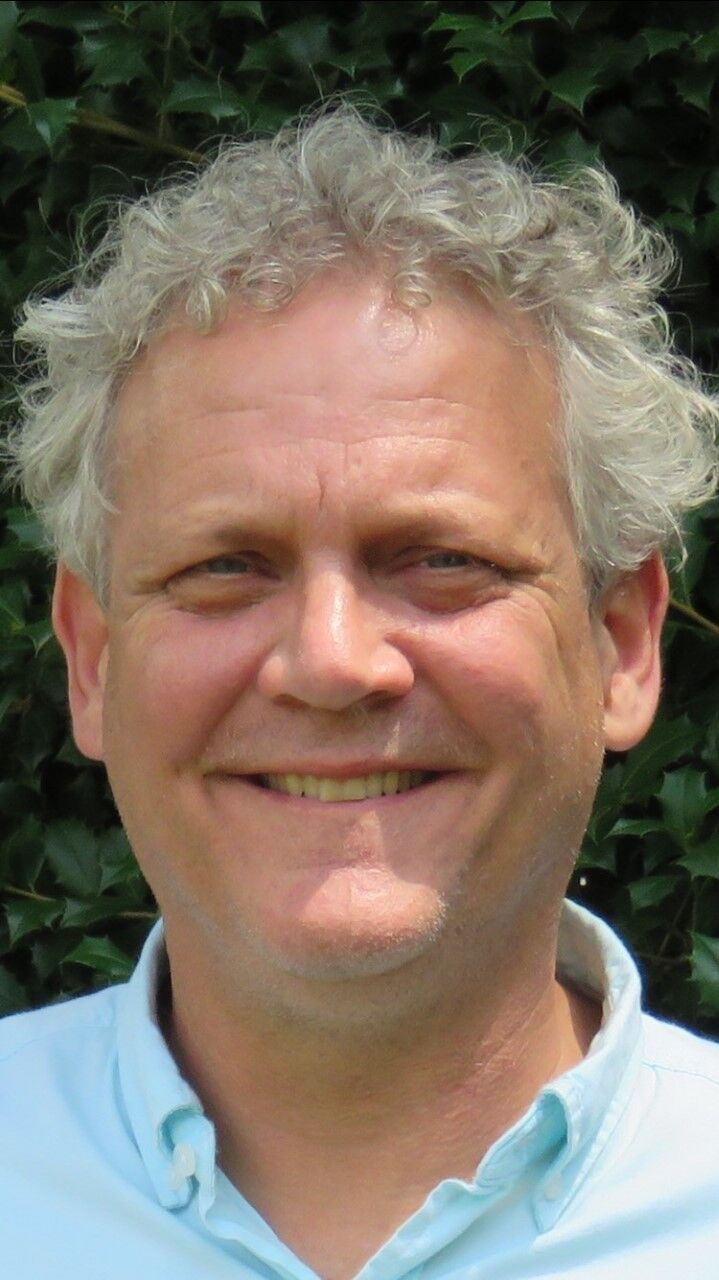 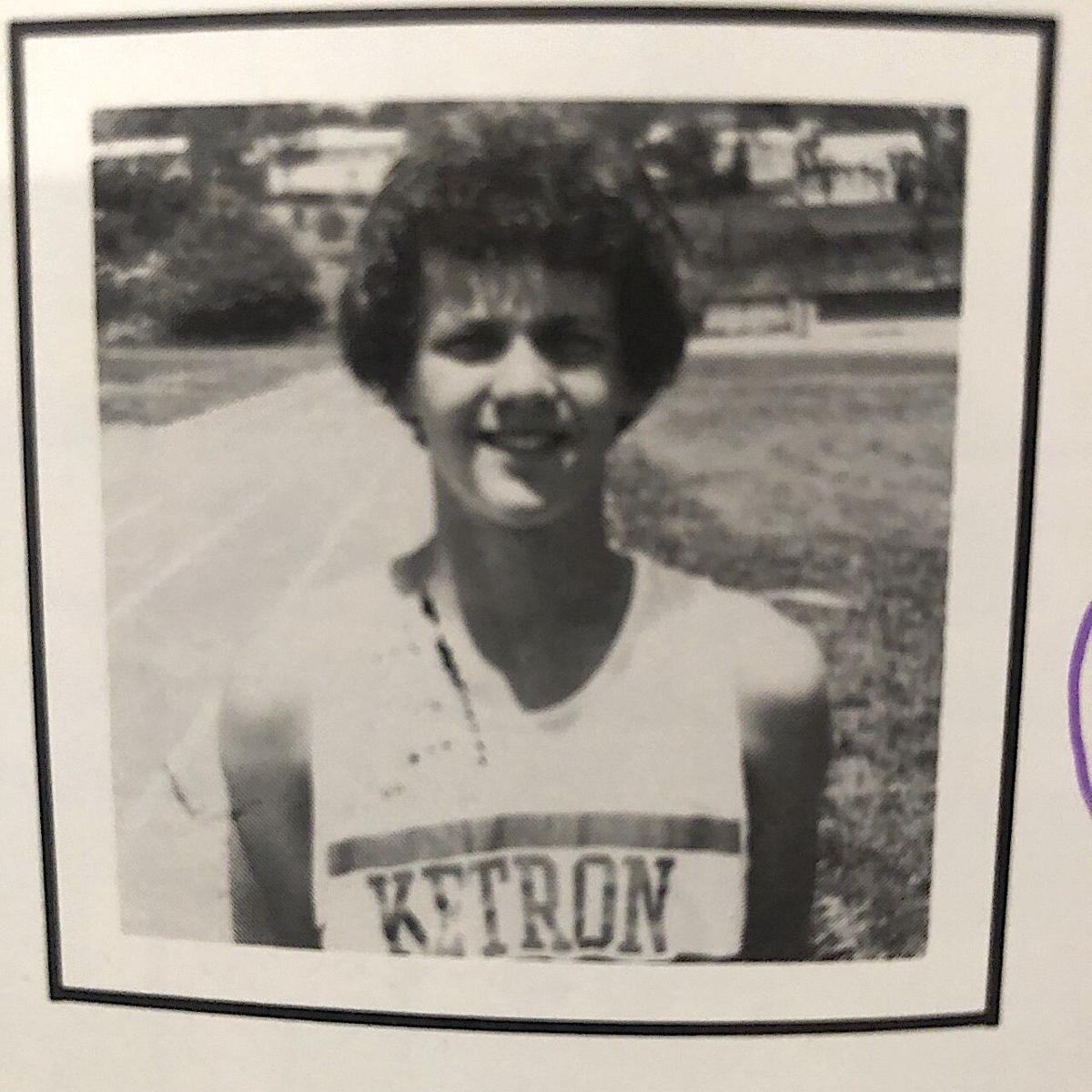 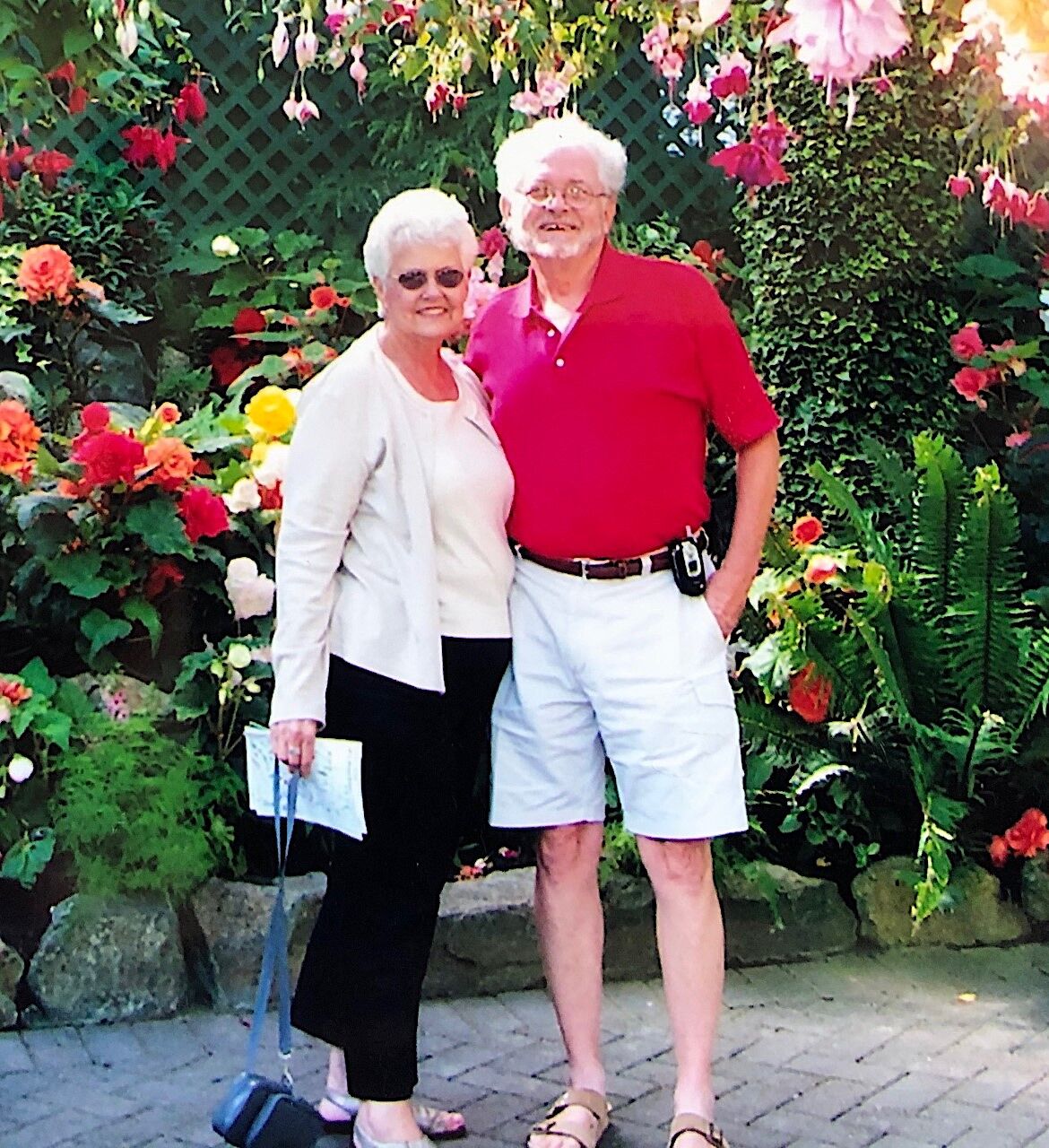 Donald Thompson's parents, Lowell on the right, and Nancy on the left. (Contributed)

Donald Thompson's parents, Lowell on the right, and Nancy on the left. (Contributed)

Moments in life are often painted on a canvas with invisible strokes only seen later through the lens of hindsight.

When Donald Thompson, known then as Donnie, came home from college for the summer in 1982, he was involved in a game of pickup basketball at his dad’s house in the Bloomingdale area of Kingsport. Thompson’s father had rented the house next door to six members of the Kingsport Mets that summer, and the baseball players came over for a game of hoops.

One of the competitors on the makeshift court that day was a young man nicknamed “Doc.” He was 17 years old, blessed with athletic ability, and covered with an innocence yet untouched by the glare of the Big Apple spotlight.

The strange twist of irony from the then-obscure hoops meeting would take shape a few years later. Dwight “Doc” Gooden — figuratively standing on top of the world as “Dr. K,” a star pitcher for the World Champion New York Mets — began a descent into the horrors of addiction. At almost the same time Gooden’s path was turning dark, Thompson had a Great Smoky Mountains experience — an excursion that redirected a potential business career into a life of healing the mind.

Thompson eventually earned a position where he plays a key role in helping professional athletes find ways to sidestep the pitfalls Gooden still struggles with to this very day.

A graduate of the old Ketron High School, the 58-year-old Thompson provides mental health care to players — along with their families, coaches and staff — for the Baltimore Orioles and Baltimore Ravens. In addition to his role as a faculty member in the University of Maryland School of Medicine’s Department of Psychiatry, Thompson is a psychiatrist with the Orioles’ Team-Assistance Program, and the team psychiatrist for the Ravens.

After graduating from UT in 1985, Thompson enrolled in the Bowman Gray School of Medicine at Wake Forest University.

His next stop was the University of Maryland Medical Center in Baltimore for residency training. He completed that program in 1993, and three years later things started falling into place.

“It was really kind of serendipity,” Thompson said.

Major League Baseball teams were realizing the importance of protecting their high-salary players not only physically, but on a mental level as well. As Thompson noted, “Mental health was coming out of the dark shadows.”

The Orioles were looking for someone to take over the team’s employee assistance program in 1996. After learning Dr. David McDuff had made a proposal for the University of Maryland’s Department of Psychiatry to provide this service, Thompson immediately paid a visit to his colleague. Thompson asked McDuff if he would be covering the Appalachian League team in Bluefield, a minor league squad in the Orioles’ organization.

“Dr. McDuff said, ‘Wow, you know a little something about baseball,’ ” Thompson said. “I told him I grew up going to Appalachian League baseball games at J. Fred Johnson Stadium with my grandfather and older brother, David. McDuff asked me if I wanted to join him.”

The response was a resounding, no-hesitation, yes. Twenty-five years later, Thompson and his group are still cultivating their relationship with the Orioles.

Their work also involves all of the Orioles’ minor-league teams. Thompson said a key aspect of the program’s success has been making regular visits to each club throughout the season.

“Much can be accomplished in the long hours before the game begins,” Thompson said. “Being in the clubhouse normalizes us with the rest of the medical staff, which we believe makes it more comfortable for players to approach us when problems arise in their lives.”

WORKING IN THE NFL

Thompson became the team psychiatrist for the Ravens in 2013. He works closely with the team physician and head athletic trainer much like his group does with the Orioles. Included among the issues Thompson deals with are depression, anxiety, ADD, and sleep problems.

He said working through heavier matters is an easier path if a relationship is already in place.

“It helps to establish a good rapport with the players,” he said.

It can even be more like a mentor role.

One of the best parts of his job with the Ravens is being involved with the NFL draft. Following the NFL combine, each team is allowed to bring 30 potential draftees to its campus for a series of interviews.

“The team invites the draft prospects to Baltimore for a full day of interviews,” Thompson said. “The Ravens are not only assessing their football ability, they are looking for things like integrity and aspects of their character — and a commitment to be a professional.

“It’s fun to be part of the process. It’s not like they make a decision based on my opinion. Mine is one small piece of a complex puzzle.”

Thompson was a good athlete at Ketron, which produced track teams that dominated the Upper Lakes Conference throughout the 1970s. As part of that strong program, Thompson qualified for the state track meet in the high jump as a senior.

But it wasn’t a storybook ending. A torrential downpour settled in on Nashville’s McGavock High School, forcing a delay in competition on the same mid-May day as Ketron’s prom.

“I was supposed to jump in the morning, but had to wait until 6 p.m.,” Thompson said. “I wasn’t in the best mental frame by that time.”

Thompson finished third in the event, which Battle Ground Academy’s Bob Anderson won with a 6-foot-8-inch leap. After the meet, Thompson hightailed it to the airport and made it to the prom before it ended.

After high school, Thompson said he knew he wanted to attend college. But finding a niche didn’t happen overnight.

His first stop was at Tennessee Tech, where any thoughts of continuing his track and field career ended.

“I probably would have walked on for track and field, but they had recently disbanded the men’s team,” Thompson said.

Pursuing a business major, Thompson was doing well. But something didn’t seem quite right. He transferred to the University of Tennessee after two years in Cookeville. The change fanned the flames of competing in track once again.

“UT had training I wish I had in my high school days,” Thompson said. “I remember the isolation tanks, and running up and down the steps of Neyland Stadium.”

But when Thompson found out he would be ineligible for the regular season because of his transfer, he decided to hang up his track gear.

“They told me I was prohibited from competing in SEC meets, but I was still eligible for the NCAA championships,” Thompson said with a laugh. “Tennessee had two guys who could clear seven feet. I told them I didn’t plan on trying out with the thought I would become an NCAA champion.”

Track was gone and the major in business would soon meet the same fate.

“I was beginning to realize business wasn’t my thing,” he said. “I went on a solo backpacking trip in the Smoky Mountains and started thinking: Do I want to be a teacher? I also had played around a little with writing.

“I decided to change my major. My brother David had already gone into medicine, and I realized the world was big enough to have two brothers in that field.”

David has been a practicing internist in Bristol for over 30 years.

Thompson hesitated with an answer when he was asked whether he was considered a member of the team with the Orioles. He said he didn’t want to be presumptuous.

But he recalled a story of being on the baseball field one day with the Orioles’ Aberdeen Ironbirds minor-league team. The Orioles’ players and coaches were taking infield and batting practice. Thompson said he noticed the manager, Gary Kendall, didn’t have someone to catch balls.

“I ambled over and asked if he needed help,” Thompson said. “He said, ‘Sure, grab a glove.’ I played softball into my 50s, so I could still catch and throw. I luckily snagged a couple of short hops, and he turned around and said, ‘You’re not bad.’

“I said, “I still play softball. My young daughter knows I work with the Orioles, and she sees me playing softball, and she hasn’t quite figured it out yet. She kind of thinks I’m an Oriole.’

“Gary turned to me and put his hand on my shoulder and said, ‘Don, you are an Oriole.’ ”

Thompson was part of the postgame celebration in 2014 when the Orioles reached the ALCS with a win over Detroit.

“Dr. McDuff and I were able to go to Detroit and be part of that whole experience,” Thompson said. “We got to celebrate with the team in the clubhouse after their victory. Moments like these make me appreciate the opportunity to do this work.”

Thompson’s daughter is now 17 years old and a high school senior. Sophia is a member of her high school volleyball, swimming and track teams.

Thompson said his career has led to many meaningful experiences, including teaching medical students and residents and most importantly in contributing to people’s recovery from illness and addictions.

“I was attracted to psychiatry because people who suffer with mental illness and addictions have been marginalized by society,” he said. “In medical school I came to realize my ability to listen and respond with empathy and develop trust and respect in a physician-patient relationship were a natural fit for a career in psychiatry. My work in other areas of psychiatry have certainly allowed me to be more effective in sports-related work — while maintaining the boundary to also continue to be a fan when the game is on.”

His wife, Janice, is an internal medicine physician.

“She has made it all possible for me as an incredible mother, wife and physician,” Thompson said. “My family has been able to travel to many minor-league towns and ballparks over the years with a sense of shared adventure.”

“Steve’s parents and my parents are best friends,” said Thompson. “I still have a lot of family in the area. It has been a blessing. Any success I had in life, it all started back in Bloomingdale. My parents, Lowell and Nancy, are the two most important pillars of who I am today. I always strive but often fall short of the values they instilled.

“We were a lucky and blessed generation in our little community for sure.”