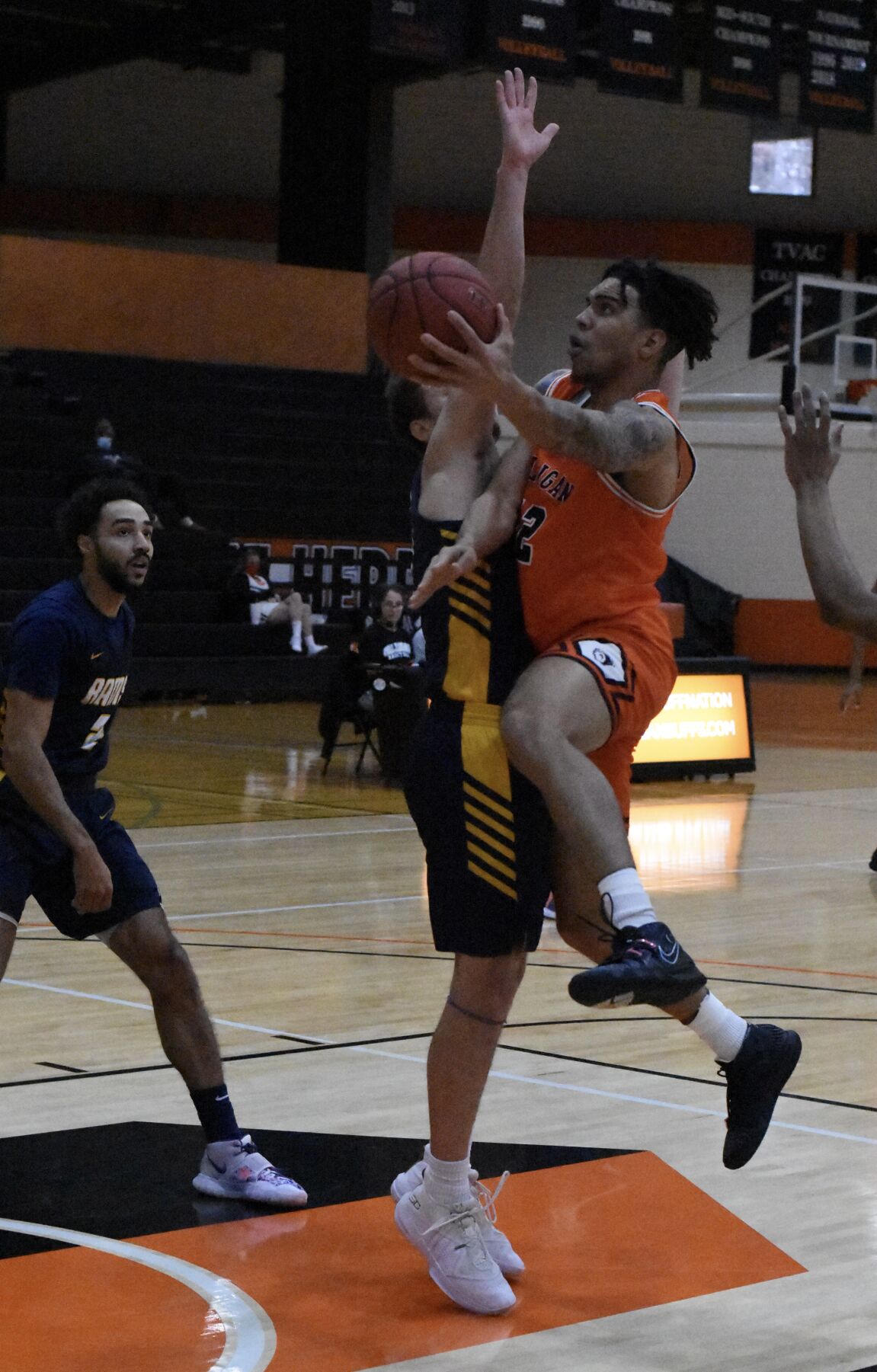 Milligan’s David Tripp (12) goes in for the up-and-under layup. 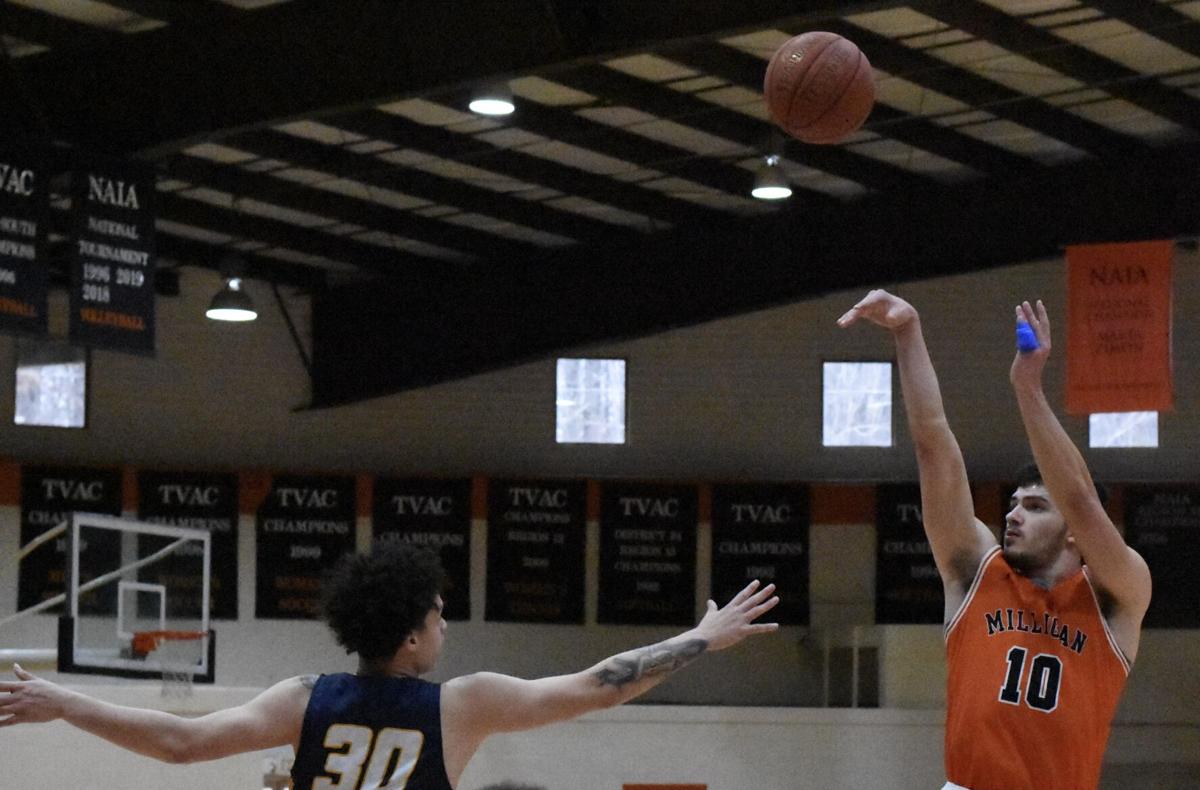 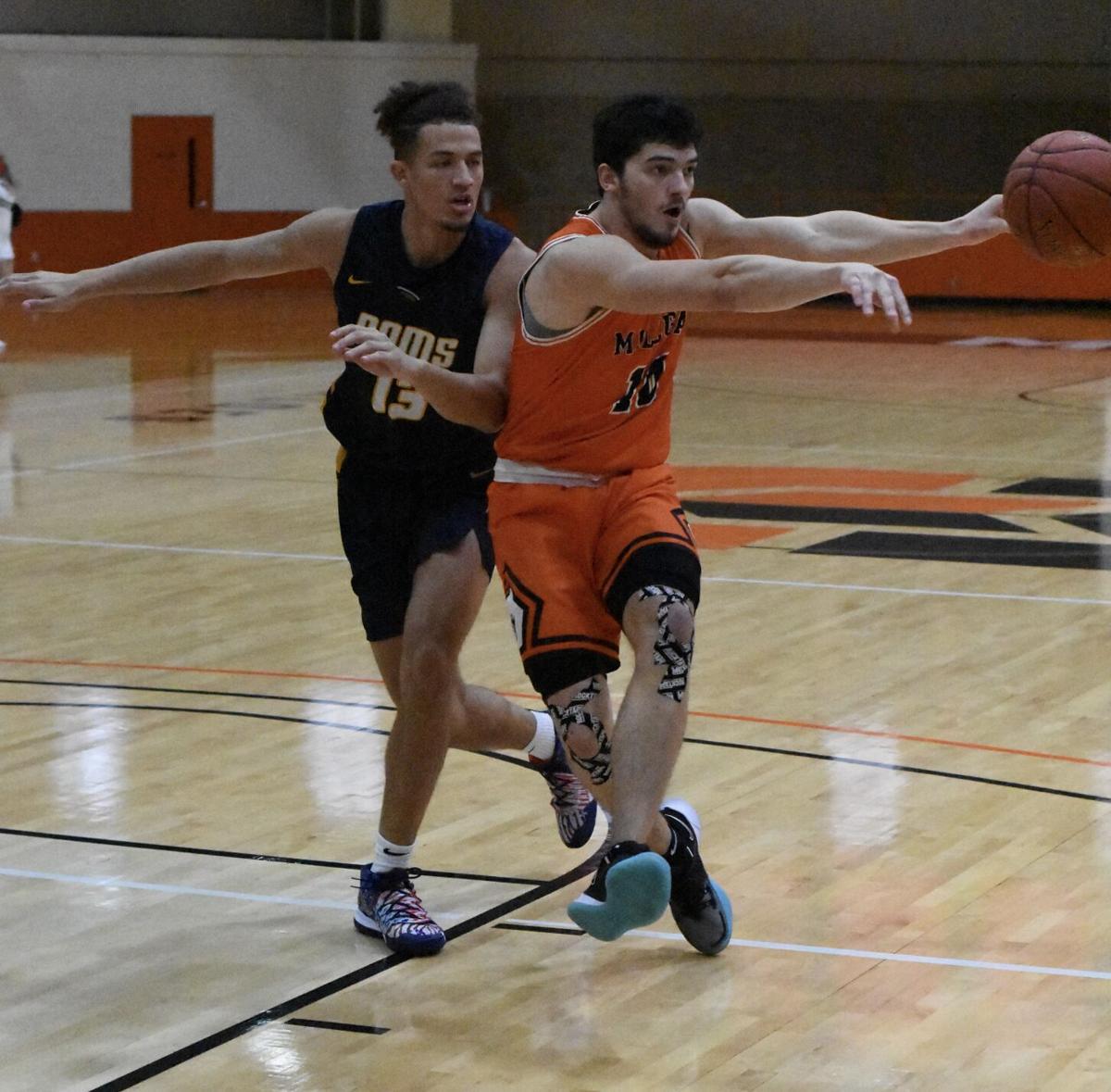 Milligan’s Trevor Hensley (10) fires a pass to the corner.

Milligan’s David Tripp (12) goes in for the up-and-under layup.

Milligan’s Trevor Hensley (10) fires a pass to the corner.

“I thought we played hard and we scrambled but we didn’t play hard enough,” Milligan coach Bill Robinson said. “We didn’t shoot the ball very well and Josh Thomas is hurt. He tried to play and he was really the only one that had any touch on the ball tonight.”

For CIU, Corey Benton led all scorers with 23 points, 19 of which came in the second half, and he also pulled down 14 rebounds.

DiAnthony Heathcock and Brandon Doss also finished in double-figures with 22 and 10 respectively.

Milligan (5-5, 5-4) was led in scoring by Jeffrey Selden with 11. Usual leading scorer David Tripp had a rough afternoon, netting just nine points on 2-for-13 from the floor. Trevor Hensley and Tyler Faulkenberry also finished with nine points each.

“You’re not going to win in the league against quality opponents when you shoot 17% from the 3-point line,” Robinson said. “CIU is good and I told them that.”

A big momentum shift in the game came with 7:45 to go.

After picking up his third personal foul and Milligan having cut the deficit to 58-50, Faulkenberry was quickly given two technical fouls and ejected from the game.

Benton calmly sank all four free throws and then the Rams scored on the next possession, pushing the lead back out to double-digits in a matter of a few seconds.

“Tyler is a very emotional kid and he’s been here five years,” Robinson said. “We know him really well and he’s a big part of the program. That’s all I have to say about that.”

It’s midway through the season almost and the Buffs are still searching for an identity.

Robinson believes that once his team becomes a bit more familiar with each other off the court as much as the COVID-19 protocols will allow, the shots will start to fall.

“I think we’re still searching for an identity,” he said. “We were picked 10th and we lost seven guys from last year, including five starters. We’re still trying to spend as much time as we can together with COVID rules.

“We’re going to get better and when we got down 14-1, we could’ve easily packed it up, but we fought.”