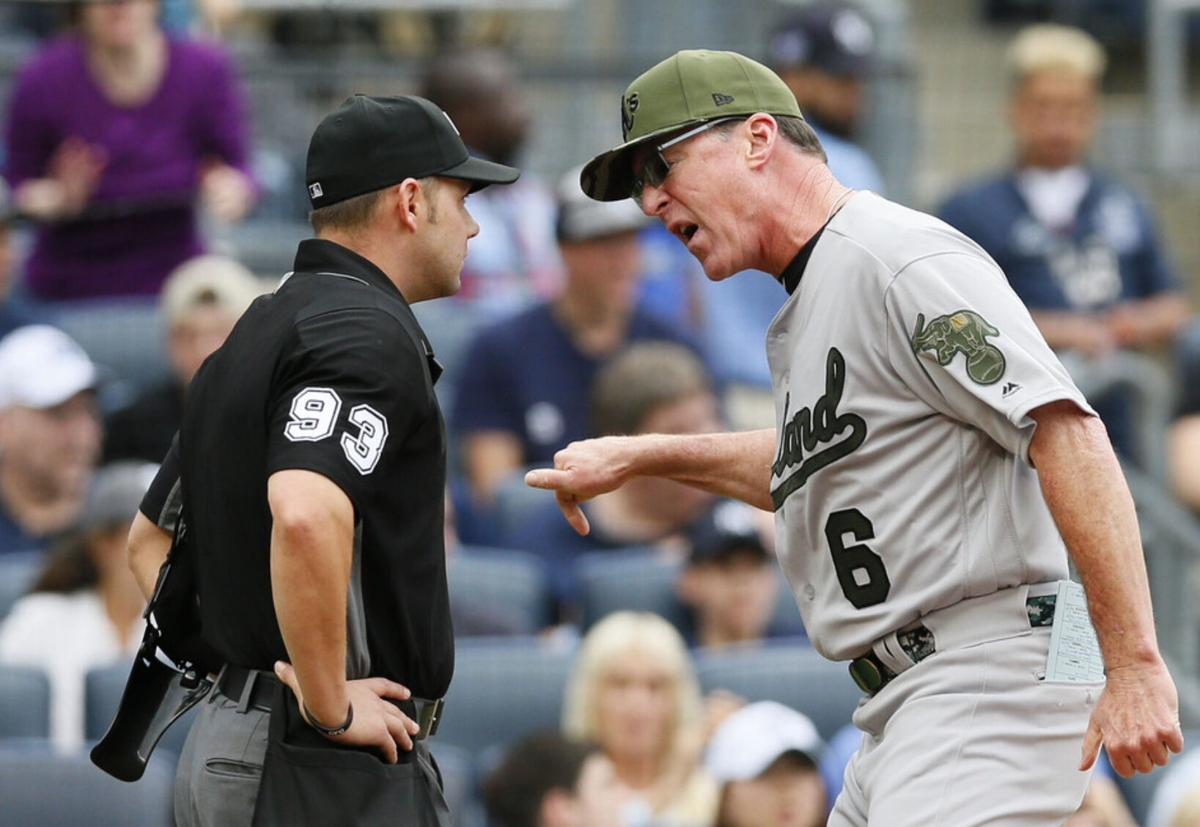 Will Little has a conversation with Oakland Athletics manager Bob Melvin during a game in 2017. 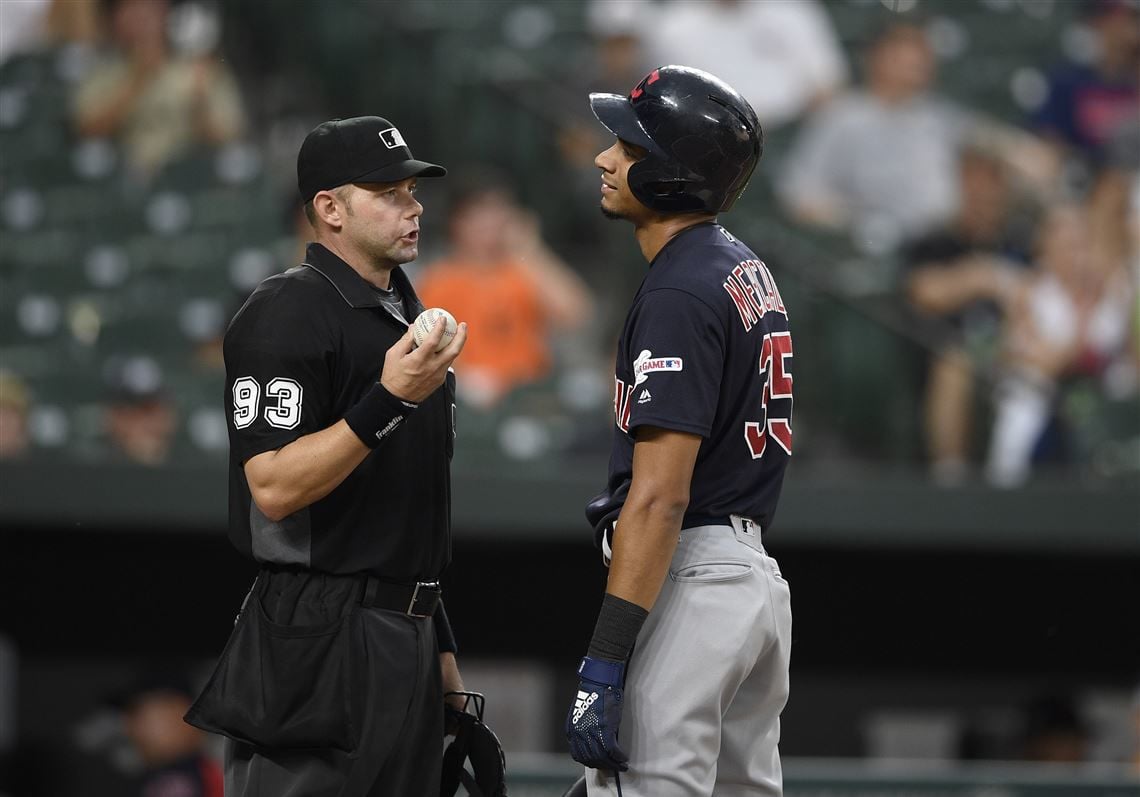 Oscar Mercado, a former Johnson City Cardinal, doesn’t look too pleased with Will Little during an Indians-Orioles game. 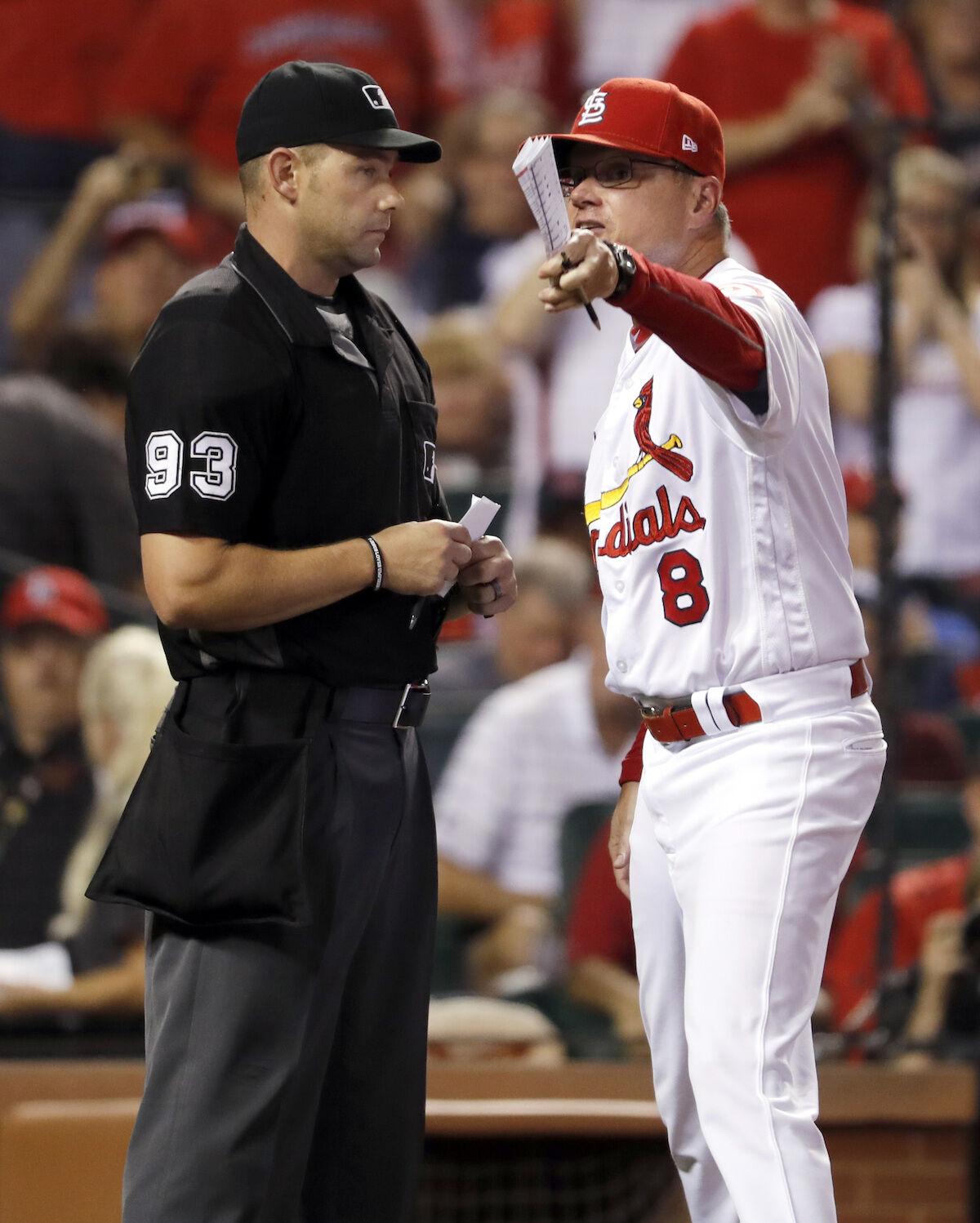 Will Little has a conversation with Oakland Athletics manager Bob Melvin during a game in 2017.

Oscar Mercado, a former Johnson City Cardinal, doesn’t look too pleased with Will Little during an Indians-Orioles game.

Baseball is back, and while the major league players can work themselves into shape, the umpires have no such luxury.

“We’re really trying to rush back into midseason form,” said Johnson City’s Will Little, who began his eighth season as a major-league umpire Thursday night. “The one thing about an umpire — we’re expected to be perfect from the time we walk onto the field from the first game on. We’re aware of those expectations. We have the greatest staff in the world and we’ll live up to that.”

Little, who is working the Nationals-Yankees series in Washington to start the season that was delayed by the novel coronavirus pandemic, is just relieved to be on the field again. He worked a few Spring Training games in February before the plug was pulled on the start of the season.

“It feels great,” Little said. “Hopefully, it’s going to be a good deal. Hopefully everything turns out the way it’s planned.”

The games are being played with no fans in the stands, which looks strange on the field and even stranger on television.

“It’s a big change,” Little said. “It’s not going to take away from how we perform our jobs or what we do. The overall energy that is driven from the fan base for the players’ performance, it will certainly be different. We’ll adapt to it.”

No fans in the stands means nobody yelling at the umpires, but Little said when the action happens, everybody on the field is too busy concentrating on their jobs to worry about the crowd anyway.

“In baseball, between pitches, there’s some down time,” he said. “But at this level, from the umpires to players to managers, when the action is about to occur and the pitch is about to be delivered, everybody has the unbelievable ability to concentrate for that split second and perform their duties. They’re ready to catch the ball, ready to hit the ball, ready to call a pitch. It’s a unique ability to focus and almost remove that crowd noise for that split second.”

As positive tests for COVID-19 increase in certain markets, Little said Major League Baseball is taking every precaution to keep everyone safe.

Everybody involved is being tested every other day and the results come back quickly.

In addition, umpires’ travel arrangements are quite a bit different.

“They’re minimizing any type of public transportation,” he said. “We’re staying with the same crews and there’s a lot of driving instead of commercial flights. Stuff like that.”

It’s all made for an entirely different scenario, one that nobody in the sport has ever had to deal with. Little was wearing a mask while working second base in the opening game.

“Everyone is trying to get this season up and going and hopefully make it a great success,” Little said. “In doing that, we’re all trying to live by the strict standards and guidelines that the CDC and baseball are highly recommending.

“I think if we can all work together and be smart — wear a mask and gloves when needed — I think we can get through this. Everybody has been respectful of this. Nobody is taking this lightly.”