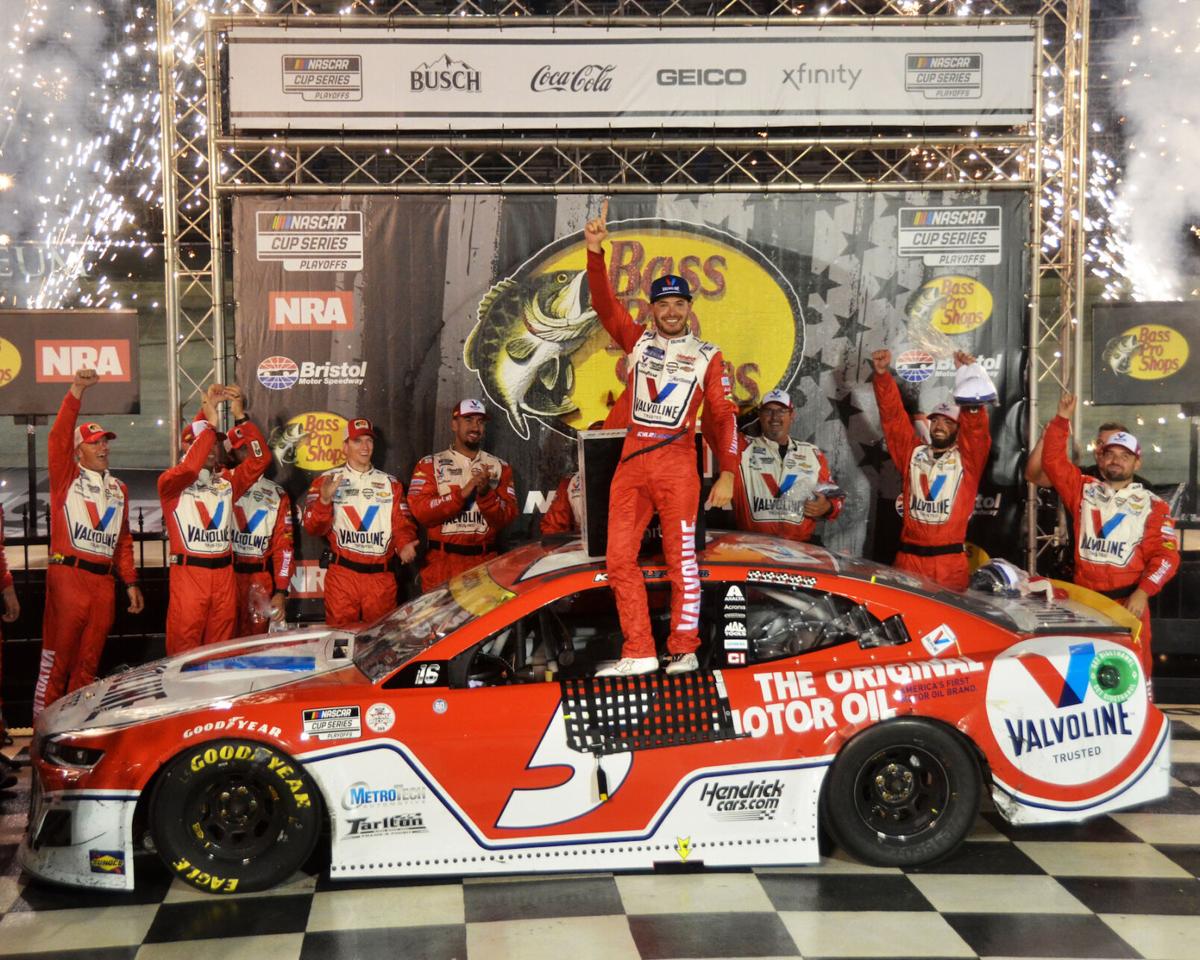 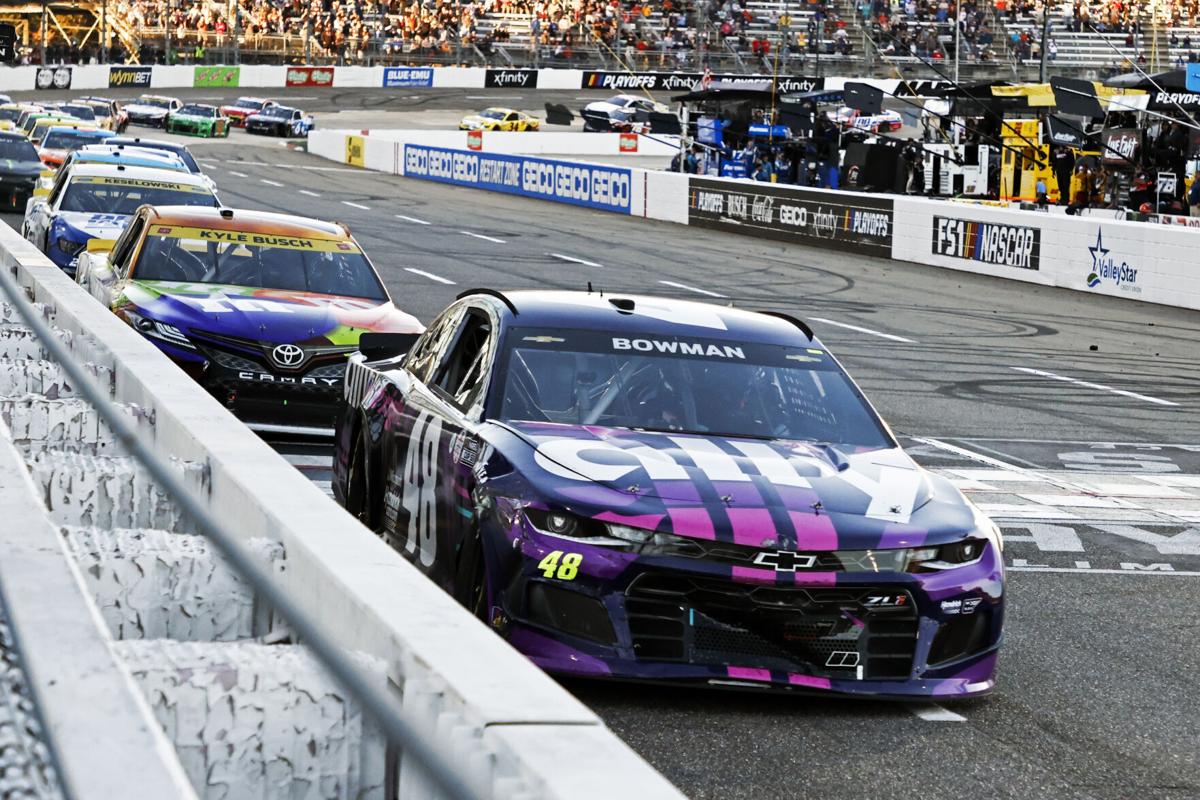 Alex Bowman (48) leads Kyle Busch across the finish line to win the Xfinity 500 at Martinsville Speedway. 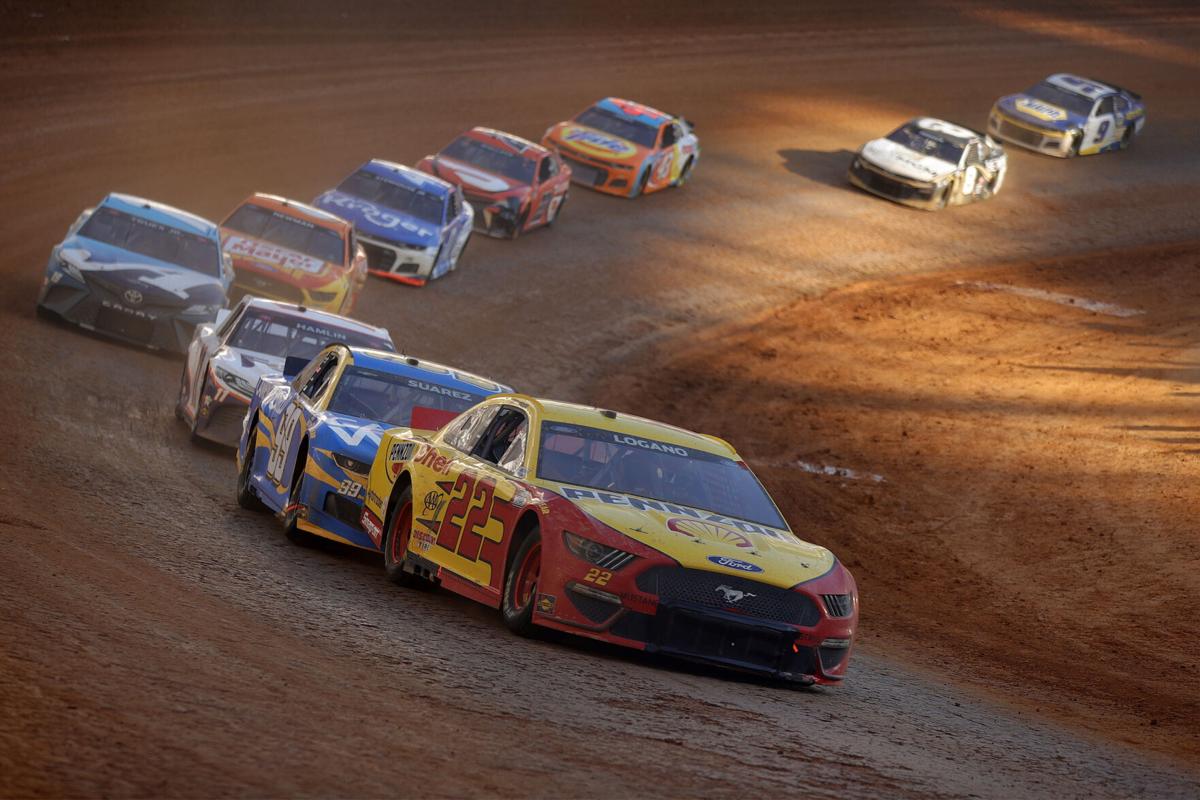 Joey Logano (22) leads Daniel Suarez and the rest of the pack on his way to winning the 2021 Food City Dirt Race at Bristol Motor Speedway. 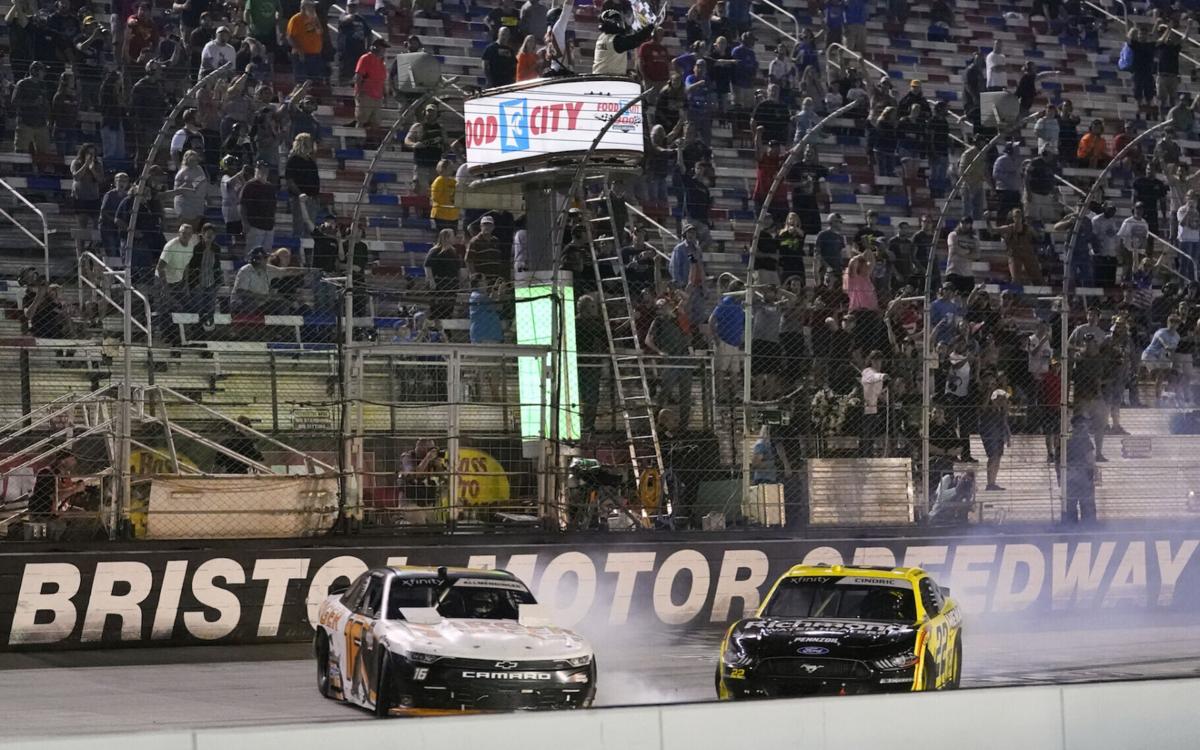 Alex Bowman (48) leads Kyle Busch across the finish line to win the Xfinity 500 at Martinsville Speedway.

Joey Logano (22) leads Daniel Suarez and the rest of the pack on his way to winning the 2021 Food City Dirt Race at Bristol Motor Speedway.

He won 10 races to become the first double-digit race winner in a single season since Jimmie Johnson in 2007. He set a new record for most laps led (2,581) over a 36-race schedule and capped the year off with his first NASCAR Cup Series championship.

With a great team effort, Larson’s crew got him out of the pits first during the final pit stop at the championship race in Phoenix. From there, he had a great restart and sailed away to his first title ahead of Martin Truex Jr. and Denny Hamlin.

He wasn’t the only major story as we look at some of the superlatives from the 2021 season.

DRIVER OF THE YEAR Kyle Larson

Who else could it be? Larson won the aforementioned 10 races, which included the Coca-Cola 600 and the Bass Pro Shops NRA Night Race at Bristol.

While the focus is on NASCAR, one can’t deny the incredible success he had on dirt. He won several major events including the Knoxville Nationals and King’s Royal for sprint cars, the BC 39 and Chili Bowl Nationals for midgets.

It comes on the heels of him winning 46 dirt-track races in 2020. Either one of the past two years would be a great career for most drivers.

RACE OF THE YEAR

Xfinity 500, MartinsvilleThe Bass Pro Shops NRA Night Race at Bristol ranked No. 1 in veteran journalist Jeff Gluck’s fan poll of “Was it a good race?” No doubt the Bristol Night Race was an incredible, action-packed event, but it’s hard to go against the final cut-off race at Martinsville.

With action from start to finish and drivers battling to be part of the “Championship 4,” the Xfinity 500 did not disappoint. Race winner Alex Bowman spun Hamlin’s car with six laps to go, leading to Hamlin disrupting the post-race celebration. Brad Keselowski spun out Kyle Busch on the cool-down lap and the racing was intense throughout. It was one race which Larson did not dominate, but was highly entertaining with the drivers laying it all on the line.

TRACK OF THE YEAR

Joey Logano captured the Food City Dirt Race by holding off Ricky Stenhouse Jr. and Hamlin at the end. While those with extensive dirt-track backgrounds like Larson and Christopher Bell were pre-race favorites, Logano and Hamlin dominated the race.

The Bass Pro Shops in September was a classic with Larson winning after Chase Elliott held up Kevin Harvick, which allowed Larson to make the winning pass. Harvick and Elliott argued for minutes in the pits after the race. The racing was intense throughout the night and plenty of the fender-banging action which led to Bristol’s nickname of the “Last Great Colosseum.”

ORGANIZATION OF THE YEAR

Hendrick MotorsportsBeyond Larson’s monster season, it was a breakout year for Bowman with four wins. Elliott was solid with two wins and making it to the championship round, while William Byron won at Las Vegas and started to turn his potential into performance.

The group scored the organization’s first-ever 1-2-3-4 finish at Dover. It was Hendrick’s best season since the lineup of Jimmie Johnson, Jeff Gordon, Kyle Busch and Casey Mears combined to win 18 races in 2007. Johnson won 10 races and the championship that season, while Gordon had 30 top-10 finishes. In 2021, Hendrick drivers combined for 83 top-10 finishes.

Harvick accounted for nine wins the previous year. He was rarely a factor in 2021, a big reason he was so upset with Chase Elliott after the Bristol Night Race. The only other time he came close to winning was second behind Kyle Busch at Kansas.

Cole Custer, who won in his rookie year, had the sophomore slump with only two top-10 finishes. Other than his win at New Hampshire, it was also disappointing season for Almirola, who fell from 18 top-10 finishes to five in 2021.

DRIVER OF THE YEAR

Austin CindricThe driver of the No. 22 Team Penske Ford came up one lap short of a second straight series title. It was still a memorable season when he won five races, posted 22 top-five and 26 top-10 finishes in 33 races.

Cindric won on a variety of tracks, starting with the season-opener at Daytona and his last win on the Indianapolis road course. A.J. Allmendinger matched his win total, including beating Cindric in a classic finish at Bristol’s Food City 300. Noah Gragson came on strong late with three playoff wins.

Cindric was involved in the two best finishes of the year. His go-for-broke move sent Allmendinger and himself sideways across the finish line at Food City 300. It will be a replay for both BMS and the series for years to come.

From a start-to-finish perspective, the Food City 300 was the most entertaining race of the year. However when you consider the stakes, Daniel Hemric rubbing fenders to pass Cindric on the final corner to win the series championship at Phoenix has to be the race of the year.