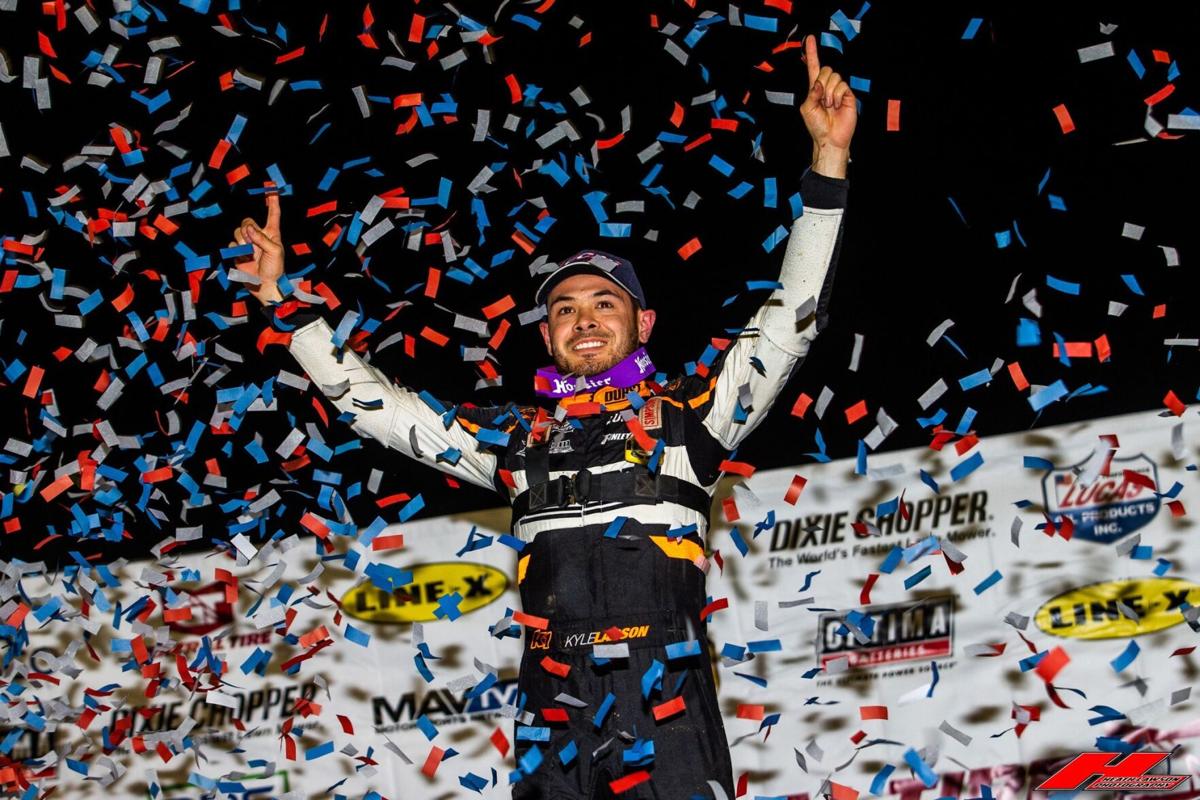 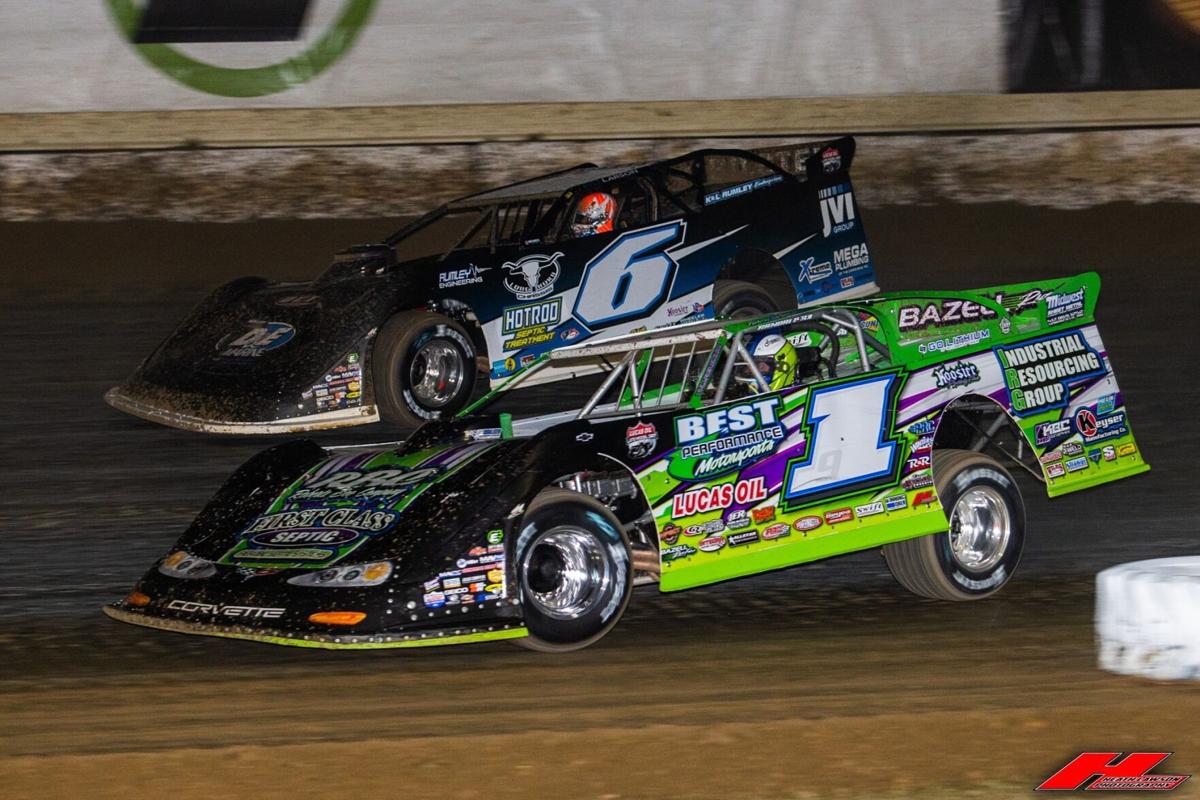 Kyle Larson (6) goes to the outside to pass Tyler Erb (1) on his way to winning the Lucas Oil Late Model Dirt Series opener Jan. 23, 2021 at All-Tech Raceway.

Kyle Larson (6) goes to the outside to pass Tyler Erb (1) on his way to winning the Lucas Oil Late Model Dirt Series opener Jan. 23, 2021 at All-Tech Raceway.

Kyle Larson, who will drive the No. 5 Hendrick Motorsports Chevrolet on the NASCAR circuit, scored 46 dirt-track races last season. His 2021 season got off to a rousing start with a second consecutive victory at the Chili Bowl Midget Nationals in Tulsa, Oklahoma on Jan. 17.

In Larson’s Chili Bowl victory, the Elk Grove, California racer led flag-to-flag over the 55-lap main feature. He fended off a challenge from rival Christopher Bell, who crashed trying to get by Larson in the closing laps.

What makes the feat so impressive is there were 309 entries for the race, easily the largest indoor racing event in North America.

While Larson’s background is in open-wheel dirt cars, the midgets drive differently than the winged sprint cars which he absolutely dominated the competition last summer.

Justin Grant finished runner-up to Larson and another NASCAR driver Ricky Stenhouse Jr. was seventh. Bell was 14th in the feature race after his wreck.

Larson, who made his debut in a dirt late model last season, had an equally impressive showing in winning the first Lucas Oil Late Model race of the season against a stacked field at Lake City, Florida last Saturday.

After starting sixth, he took the lead on lap 14 of the 50-lap feature. He won by a whopping 15-second margin over runner-up Devin Moran. Middle Tennessee veteran Mike Marlar, who set a new track record, finished third.

Stewart, also a two-time winner of the Chili Bowl Nationals, beat his own stacked field to win at Arizona Speedway.

The three-time NASCAR and one-time IndyCar champion, set a new track record around the 1/3-mile dirt oval and proceeded to lead all 35 laps of the feature. He outran Dominic Scelzi, son of former NHRA Top Fuel champion Gary Scelzi, to the finish.

The rest of the top-10 read like an all-star race for winged sprint drivers.

The local FMF Indoor Motocross season will be a short one with three weekends scheduled at the Western North Carolina AG Center in Fletcher.

With COVID-19 restrictions, only racers, their families and crews will be allowed to attend and face masks are required. There are 41 different classes from 50cc Beginner to 45-plus men.

A couple who grew up racing on the local motocross circuit — Zach Osborne from Abingdon and North Carolina rider Cooper Webb — have gone on to become two of biggest stars in Supercross.

Kingsport Miniway has released its 2021 schedule for points races starting with a March 13 season opener.

Two races are scheduled in April, followed by one in May, June, July and August There is also the second annual Pumpkin Patch Classic set for Oct. 30 with other non-points races to be announced at a later date.