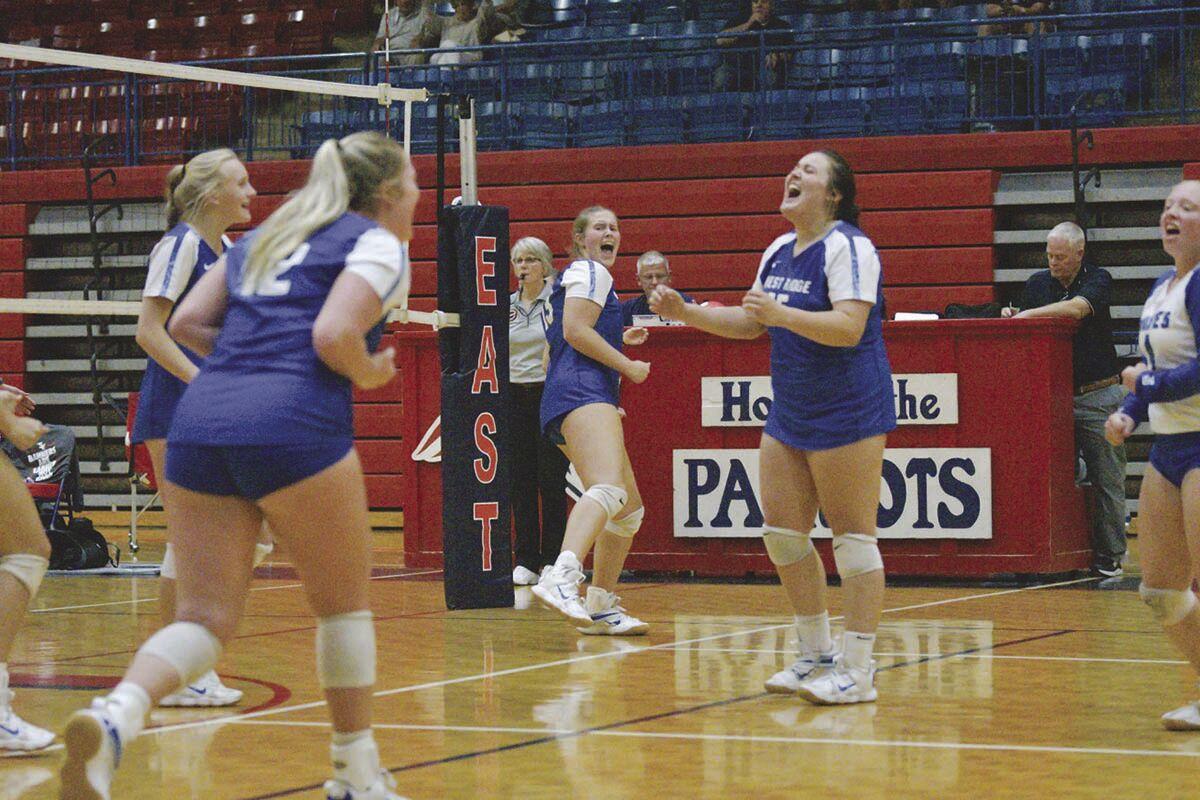 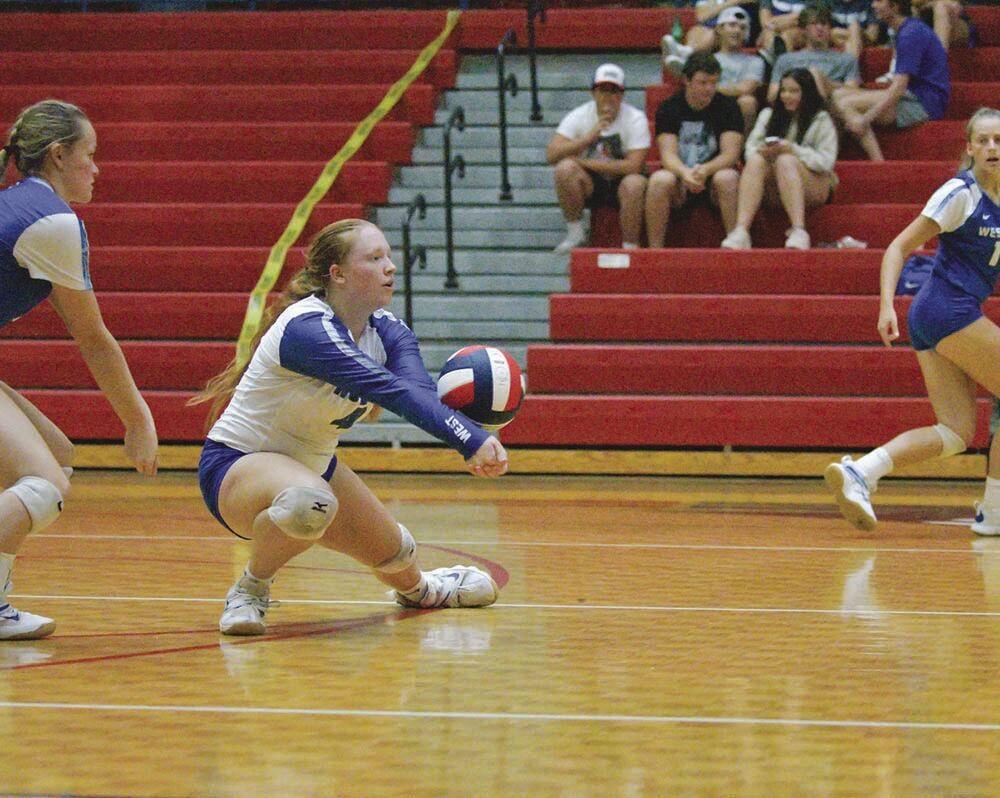 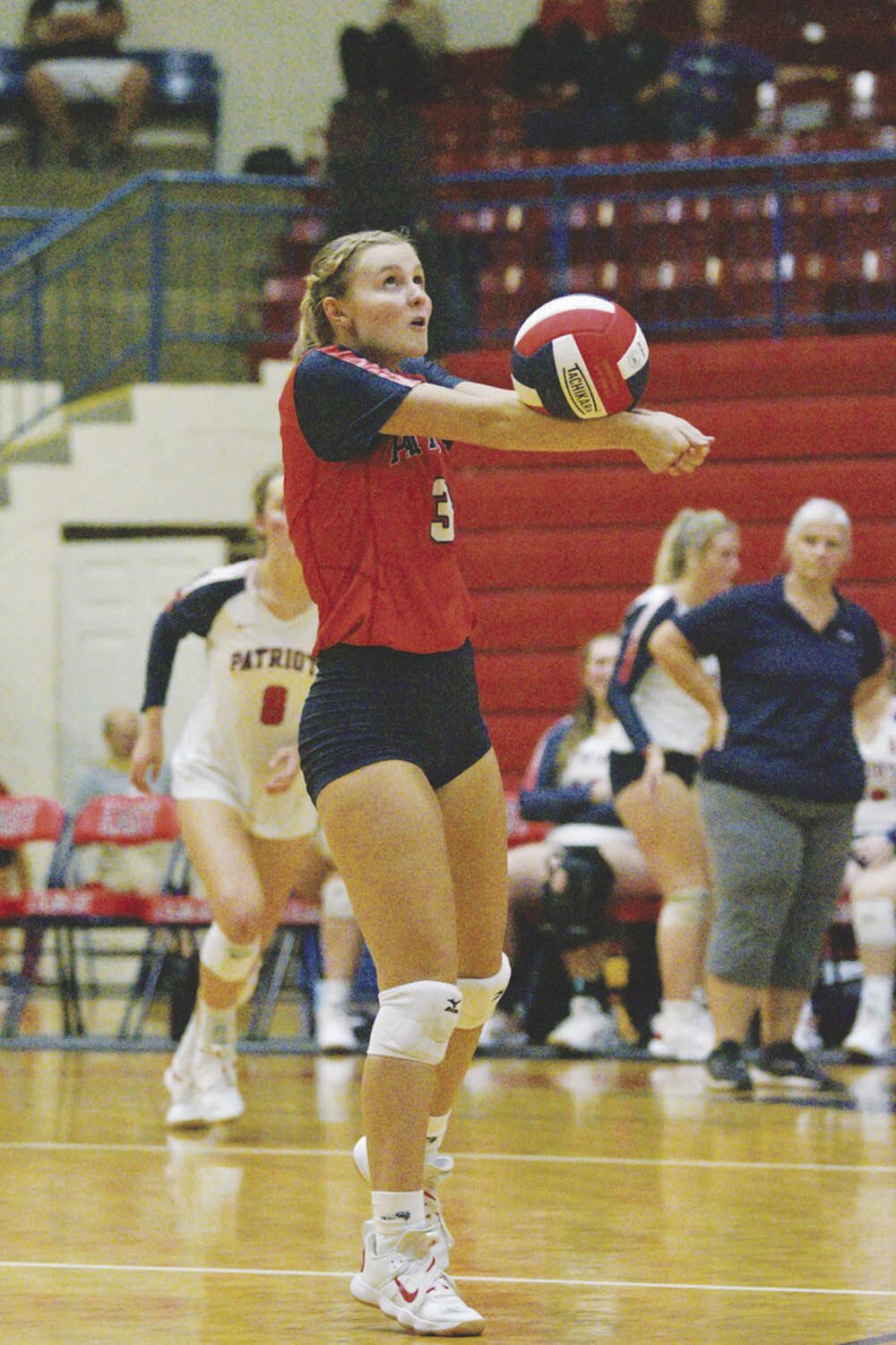 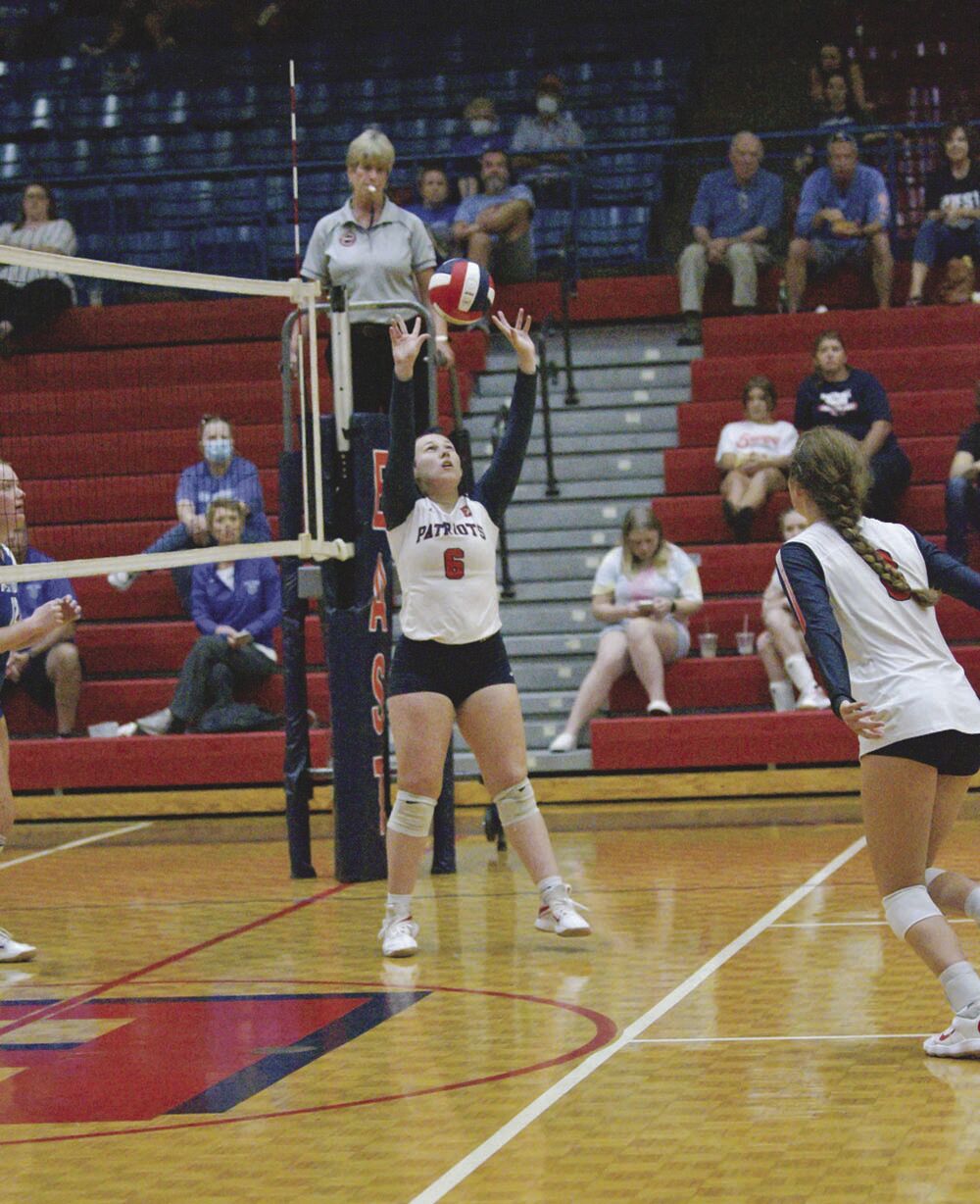 BLUFF CITY — The birth of West Ridge High School has created a new rivalry in Sullivan County, evidenced by the win-or-else tenacity displayed Monday night at the Dyer Dome.

The non-conference result was less important to both head coaches as was the improvement each team is trying to produce on a daily basis, but of course a win is always preferred.

“We’re certainly not where we need to be, but a win is a win.”

Longtime coach Tracy Graybeal was quick to give credit to West Ridge, while at the same time speaking of strong moments by her own club. But she was bothered by one nagging bugaboo.

After winning the opening set and leading 11-6 in the second set, the tide turned against East.

“We’ve seen this in bits and pieces, when we come out really strong,” the Lady Patriots mentor said. “Second game we came out strong again and then they started scoring a few points and we got tight. When we get tight we have a tendency to play not to lose instead of playing to win.

“Same thing in that fifth game. When we got tight, we started playing not to lose.”

West Ridge (14-6) broke free from a 4-4 tie in the final set behind the play of Parker Fischer, who came off the bench to finish three key points at the net and push the Wolves over the top.

“The excitement just got to me,” said the 5-foot-8, junior right-side hitter, who finished with seven kills. “I realized I need to step up and I just did it. I loved it.”

“Parker’s a great spark,” Kemp said. “I can count on her any time to come in and just bring that energy and that excitement. She did a great job stepping in and giving us some big plays.”