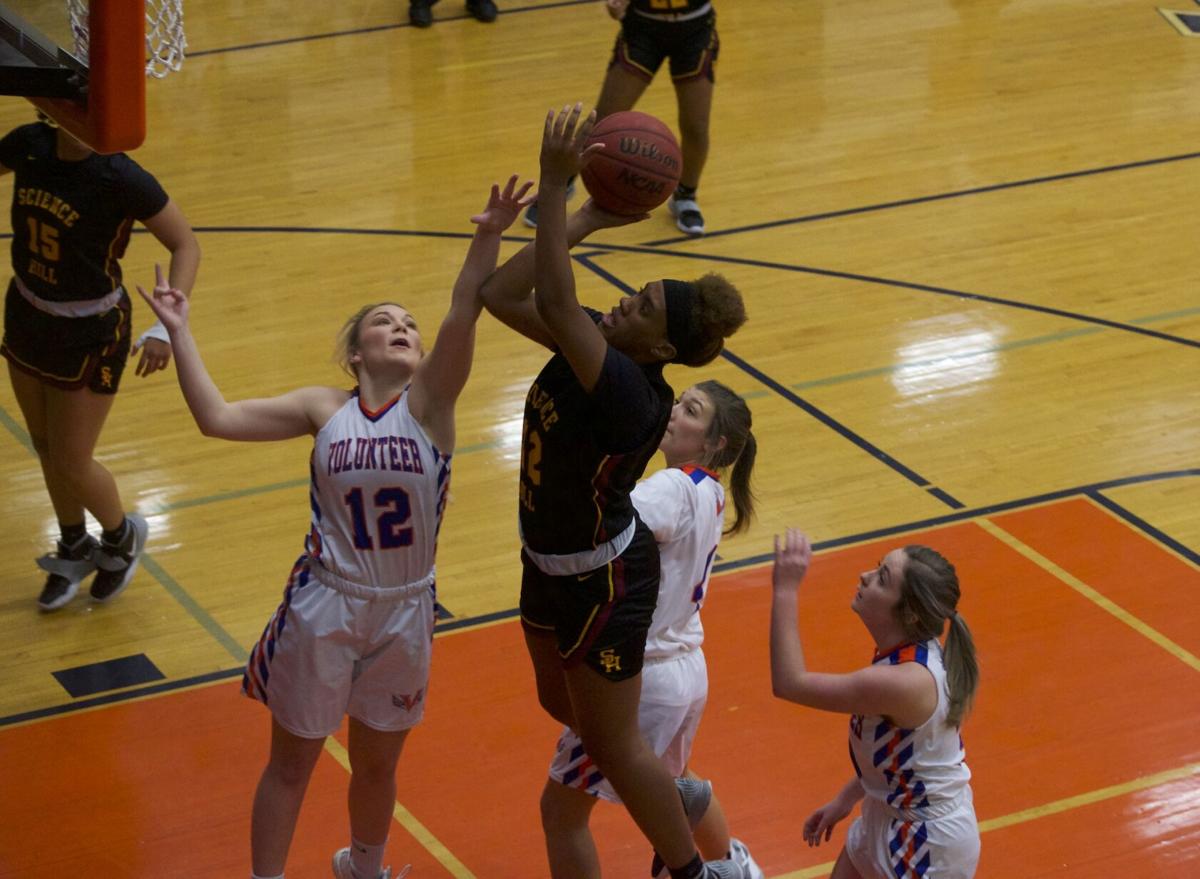 Science Hill’s Nae Marion goes up with the shot in the lane as Volunteer’s Kenady Knittel contests. 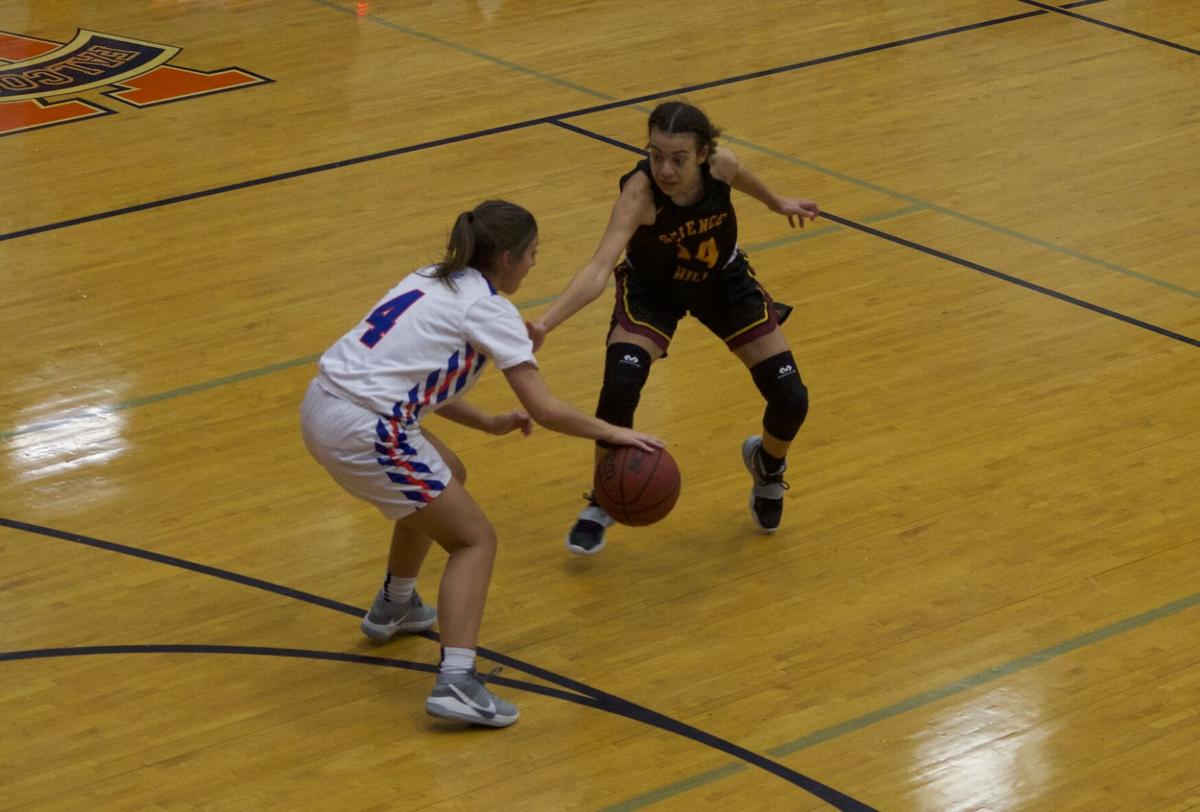 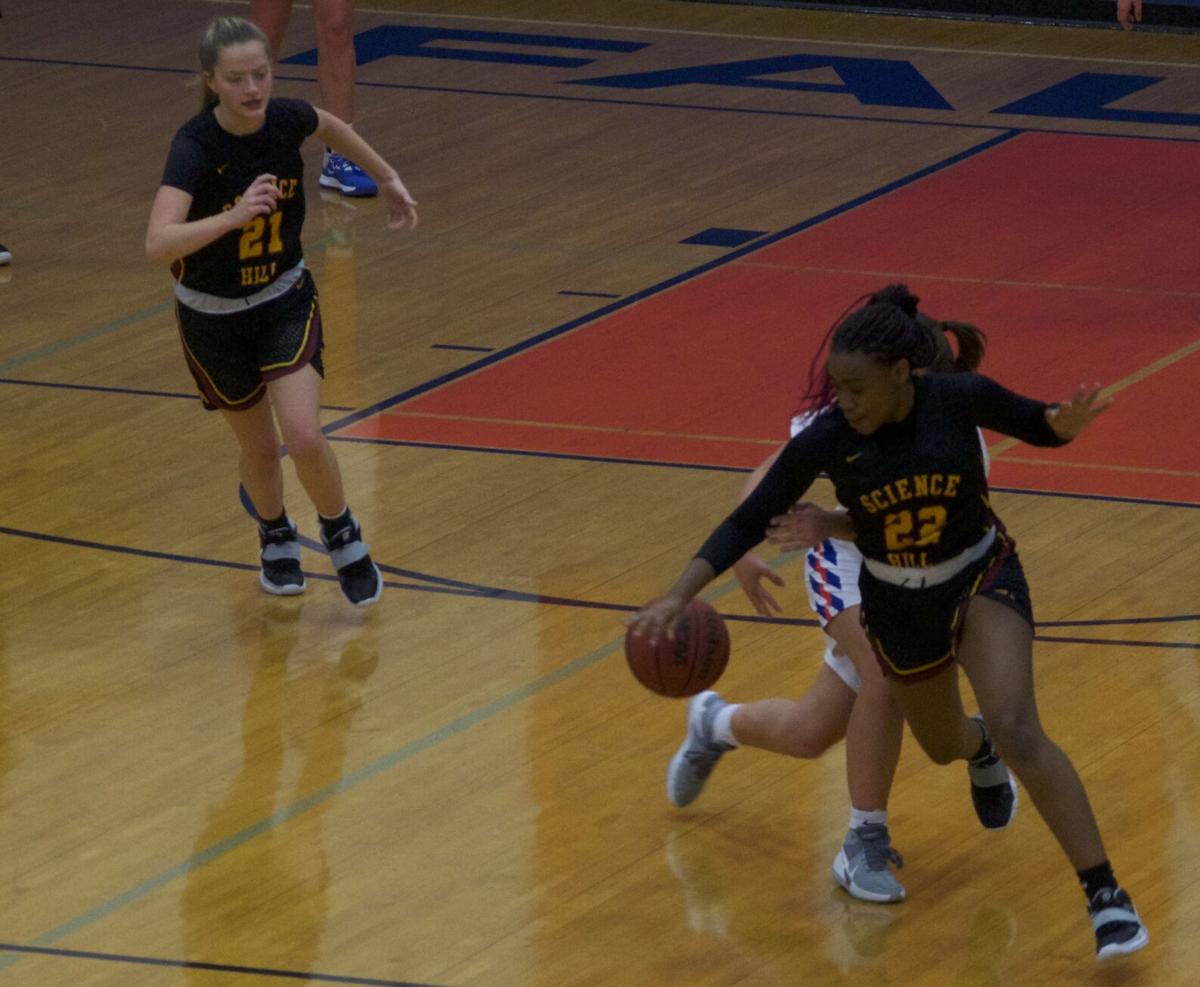 Science Hill’s Kierra Whitney comes up with the steal in the second quarter of the Lady Hilltoppers’ win at Volunteer. 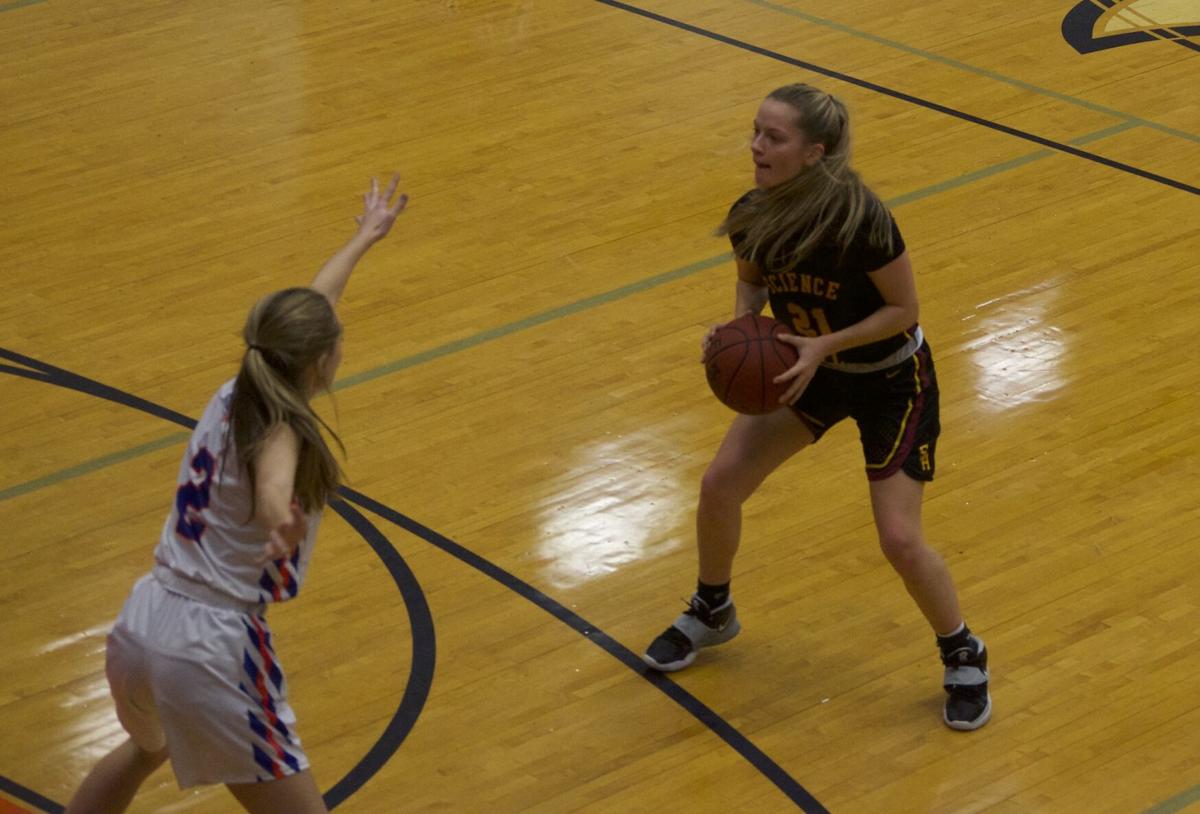 Science Hill’s Colleen Coughlin squares up for a 3-point shot as Volunteer’s Elise McKinney comes out to defend.

Science Hill’s Nae Marion goes up with the shot in the lane as Volunteer’s Kenady Knittel contests.

Science Hill’s Kierra Whitney comes up with the steal in the second quarter of the Lady Hilltoppers’ win at Volunteer.

Science Hill’s Colleen Coughlin squares up for a 3-point shot as Volunteer’s Elise McKinney comes out to defend.

The Lady ’Toppers raced out to a 28-point halftime lead in a 66-22 win over the Lady Falcons.

Post players Kathryn Patton and Nae Marion dominated on the inside with 15 and 11 points, respectively.

“This is a bigger team than we’ve had in the past,” Science Hill coach Scottie Whaley said. “We did a really great job with the defense. We have a lot of length, which is an advantage for us, so we try to make people shoot over us. We’ve picked up the intensity the last couple of weeks and we’ve done a really good job of rebounding, getting on the boards.”

Science Hill had leads of 14-3 at the end of one quarter and 39-11 at halftime. It didn’t get much better in the second half as the Lady ’Toppers outscored Volunteer by a 27-11 margin.

“Science Hill is by far one of the best teams in the conference,” Lady Falcons coach Tyrone Smith said. “They’ve got a lot of size, so long and lanky.”

Patton was a force, not only with her scoring, but rebounding over the smaller Volunteer defenders. However, she said it was an all-around effort with guard Colleen Coughlin hitting four shots from 3-point range in a 12-point performance. As for the other guards, Jasmin Myers scored eight points and Lexi Greene added seven.

“Our team is really good. We’ve been shooting well, which that’s good for our 3-point shooters,” Patton said. “It was fun tonight. We were able to get up on them early and just play.”

Marion added that the trapping defense gave her scoring opportunities from which she took advantage.

“We were doing a good job on defense, getting some steals and that gave me some easy layups,” Marion said. “Then in the half-court, we did a lot of high-low stuff and some down screens to get us open. It was easier for us to get open because this team wasn’t double-teaming as much. Most of the time, if you guard us one-on-one, we’re going to score on you.”

Kenady Knittel paced Volunteer with eight points and Raenah Barton was next high with six. Smith pointed out the Lady Falcons have struggled to score recently, scoring 50-plus points only once in their last seven games.

“We’re going through a drought right now. We started off hot, but it seems we go through this every season,” Smith said. “We lost to Tennessee High yesterday and Science Hill today. We need to have a game to pick our confidence back up. I told them in the locker room to shake it off and get ready to play Sullivan Central on Thursday.”

Science Hill had its own share of rough stretches earlier in the season, but have been on a roll of late, winning four in a row. The only Big Seven team that’s undefeated in conference play, the Lady ’Toppers are slated to play at one-loss Dobyns-Bennett on Friday night.

“I couldn’t be happier for a group of girls,” Whaley said. “I don’t think a lot of people thought we could be in this position. We have seven more games to go, a big one Friday night at the Dome. It will be a lot of fun. We will be ready for a great game.”

The Science Hill and Volunteer boys game was postponed due to the Hilltoppers being in COVID-19 quarantine. The game is now scheduled for Thursday, Jan. 21.

Science Hill’s showdown with Dobyns-Bennett originally scheduled for Friday has been rescheduled for Monday, Jan. 25. With the moves, the Hilltoppers will have a stretch of five games in six nights coming up.