You have permission to edit this article.
Edit
Home
News
Sports
Obituaries
Living
Photo & Video
Opinion
Johnson City Homes for Sale
Classifieds
Send Us Your News
About & Policy
Contact Us
Special Sections
1 of 4 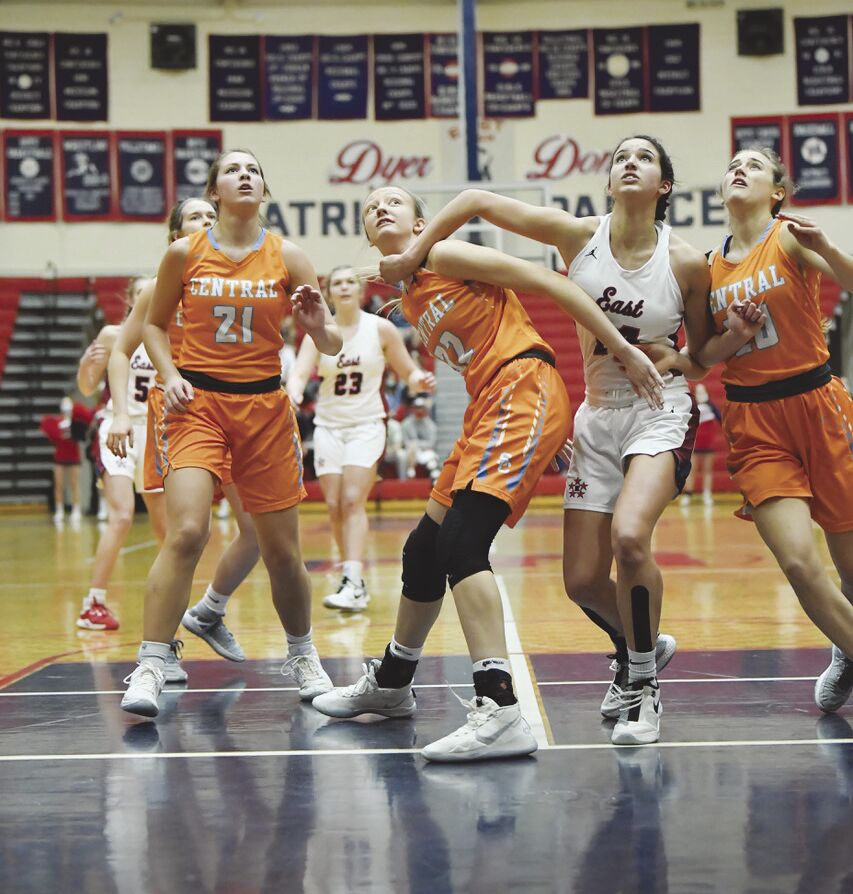 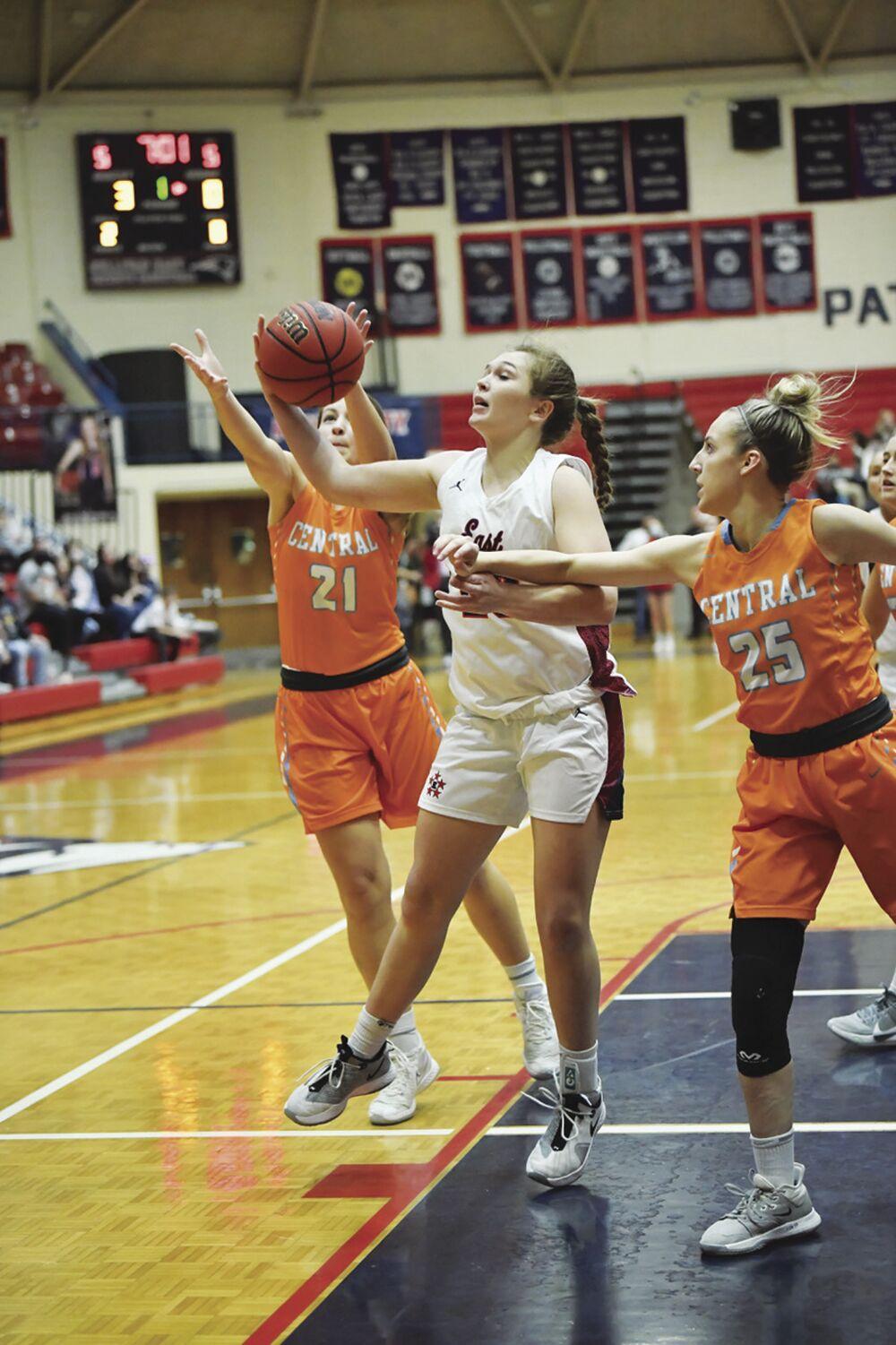 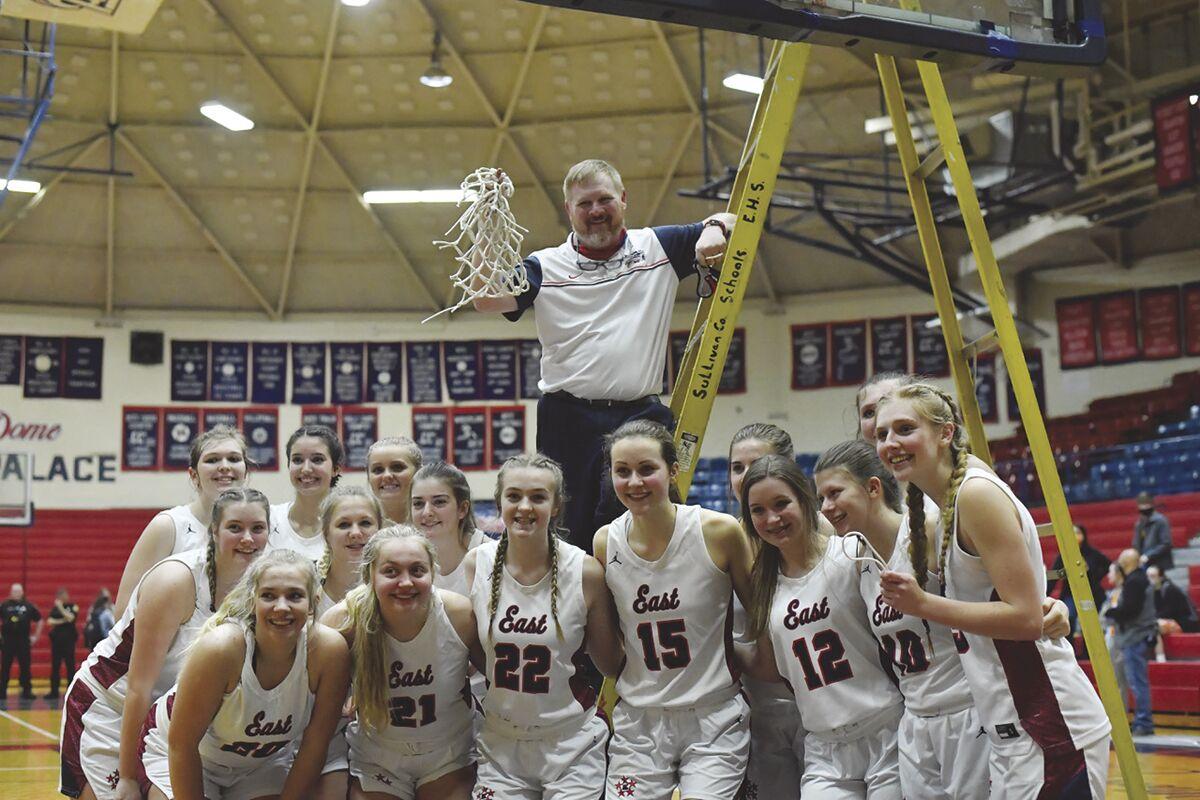 Coach Allan Aubrey and his Lady Patriots bask in the glow of a District 1-AA title. (Cheryl Gray photo) 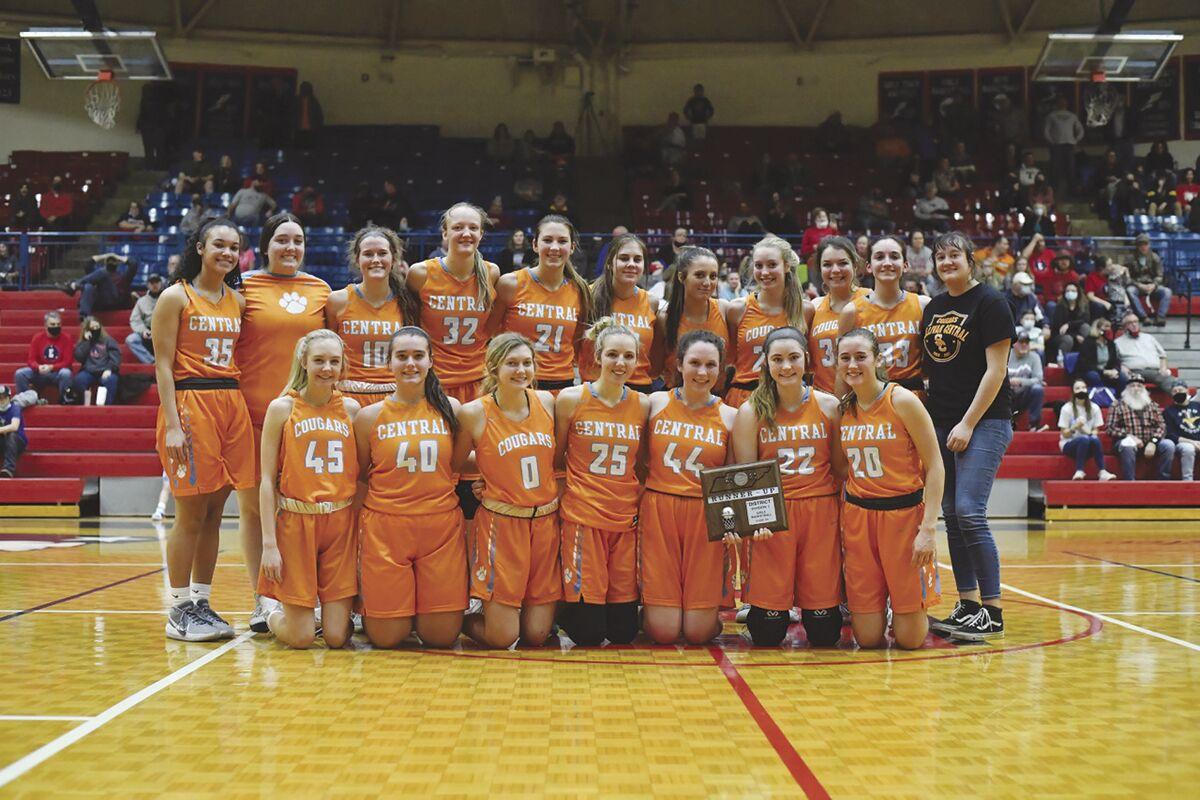 The Lady Cougars are recognized as district runners-up in their final year as a program. (Cheryl Gray photo)

Coach Allan Aubrey and his Lady Patriots bask in the glow of a District 1-AA title. (Cheryl Gray photo)

The Lady Cougars are recognized as district runners-up in their final year as a program. (Cheryl Gray photo)

BLUFF CITY — On Monday night inside the Dyer Dome, the Sullivan East girls basketball program accomplished a level not seen in the program in 20 years.

The Lady Patriots, the Three Rivers Conference regular-season champions, won the District 1-AA tournament with a 62-53 conquest of Sullivan Central.

Sullivan East had last captured a district crown in 2001.

“We‘ve had a lot of good teams, but you play everybody so many times you know everything about each other,” Sullivan East head coach Allan Aubrey said. “Our kids were tough all year and overcame adversity and COVID issues. I’m just really proud of them.”

Sullivan East played for District 1-AA championships four straight seasons from 2014 to 2017, but did not take home the title.

Sullivan East, 24-4 overall, posted a 13th straight home win as Jenna Hare helped push the Lady Patriots through the fourth quarter. She scored a dozen of her team-best 22 points in the final eight minutes.

Sullivan Central started strong behind Bre Yarber. The senior had a dozen points in the first quarter as the Lady Cougars led Sullivan East 19-13 at one point.

Sullivan East answered with a pair of baskets in the last 24 seconds of the first half to spur a 12-0 spurt, giving the Lady Patriots a 25-19 advantage.

Hannah Hodge had five of her 13 points — all scored in the first half — during that run.

Emma Aubrey knocked down a trio of 3-pointers for a nine-point night. Overall, the Lady Patriots sank 11 threes in the contest compared to four for Sullivan Central.

Sullivan East opened the margin to 30-22, but the last five points of the first half were poured in by Yarber as the home side led 30-27 at the break. Yarber finished the game with 32 points to pace all scorers.

Sullivan Central, 18-9 overall, was within single digits in all three meetings with Sullivan East this season, having lost by five and eight points in the regular season.

The Lady Cougars were in the District 1-AA final for a second straight season. Jaelyn West hit a pair of 3-pointers en route to seven points for Sullivan Central.

“That’s the difference in this game, they had a player step up and we didn’t when we needed them to,” Sullivan Central head coach Kristi Walling said.

With the outcome, Sullivan East plays host to Cumberland Gap in the opening round of the Region 1-AA tournament while Sullivan Central has a home contest with Greeneville. Both games are scheduled for Friday night.