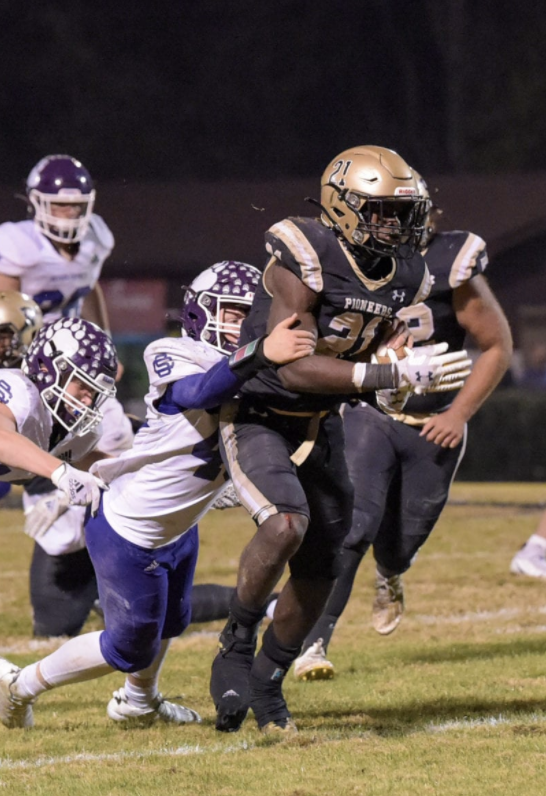 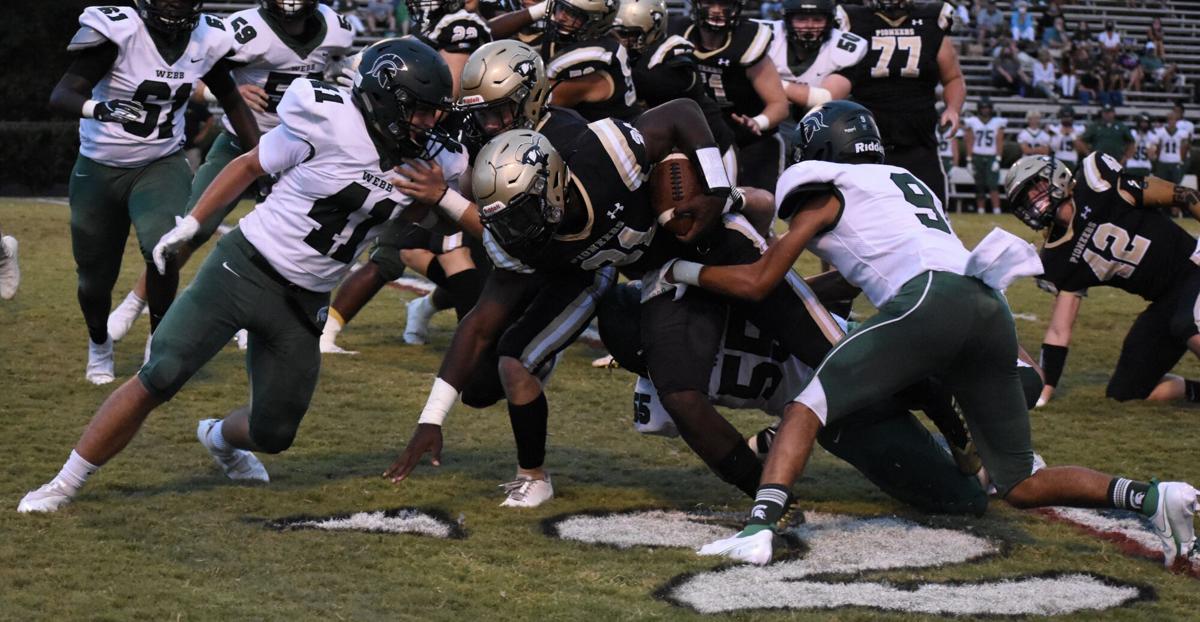 David Crockett running back and Notre Dame commit Prince Kollie, center, breaks a few would-be tacklers on his way to a first down.

David Crockett running back and Notre Dame commit Prince Kollie, center, breaks a few would-be tacklers on his way to a first down.

It didn’t take long to figure out Prince Kollie was going to be a difference maker when he stepped into David Crockett’s football program as a freshman.

But who could have imagined how grand the impact would be during his senior year?

Kollie was chosen Saturday as the Times News/Johnson City Press Male Athlete of the Year.

Trying to list all of Kollie’s accomplishments would be quite a task. But at the top of the list would be three things: TSSAA Mr. Football winner, Butkus Award recipient, and signing with Notre Dame. Whatever order they land in, they are three special achievements.

During his senior season, Kollie rushed for 1,526 yards and 26 touchdowns while helping the Pioneers win the Region 1-5A championship. Crockett finished with a record of 9-3 and made the second round of the playoffs. Also, Kollie had 290 yards receiving with three scores.

On defense, the 6-foot-1, 210-pounder totaled 109 tackles with 11 for loss. And it was his defensive prowess that caught the eyes of Notre Dame’s coaching staff — along with the people who pick the Butkus Award for the nation’s top linebacker.

Hall of Fame linebacker Dick Butkus described his award in this manner: “When a player receives the Butkus Award, he will know two things. First, he is recognized as the best of the best linebackers in America. Second, and in the long run most important, he will understand that this recognition brings a responsibility to serve others by giving back.”

Kollie helped his cause to receive the honor by trying to do things the right way on and off the field. His high school coach, Hayden Chandley, said Kollie walked the walk.

“He talked about taking a vow to never use steroids or performance-enhancing drugs and always doing things by the book,” Chandley said. “You would see him 30 minutes after the game, taking pictures with little kids and random people coming up to him. Not every 18-year-old kid can handle situations like that. It makes it easy to coach when your best players are some of your best kids.”

And one of the biggest rewards is the opportunity to play for one of the most tradition-rich programs in the history of college football. Kollie’s stock has risen to the point he checks in as the second-highest rated college recruit in Northeast Tennessee football history. Only Jason Witten — a former star at Elizabethton High School, who put together what will likely be a Hall of Fame career with the Dallas Cowboys in the NFL — had a higher rating (.9606) than that of Kollie (.9367).