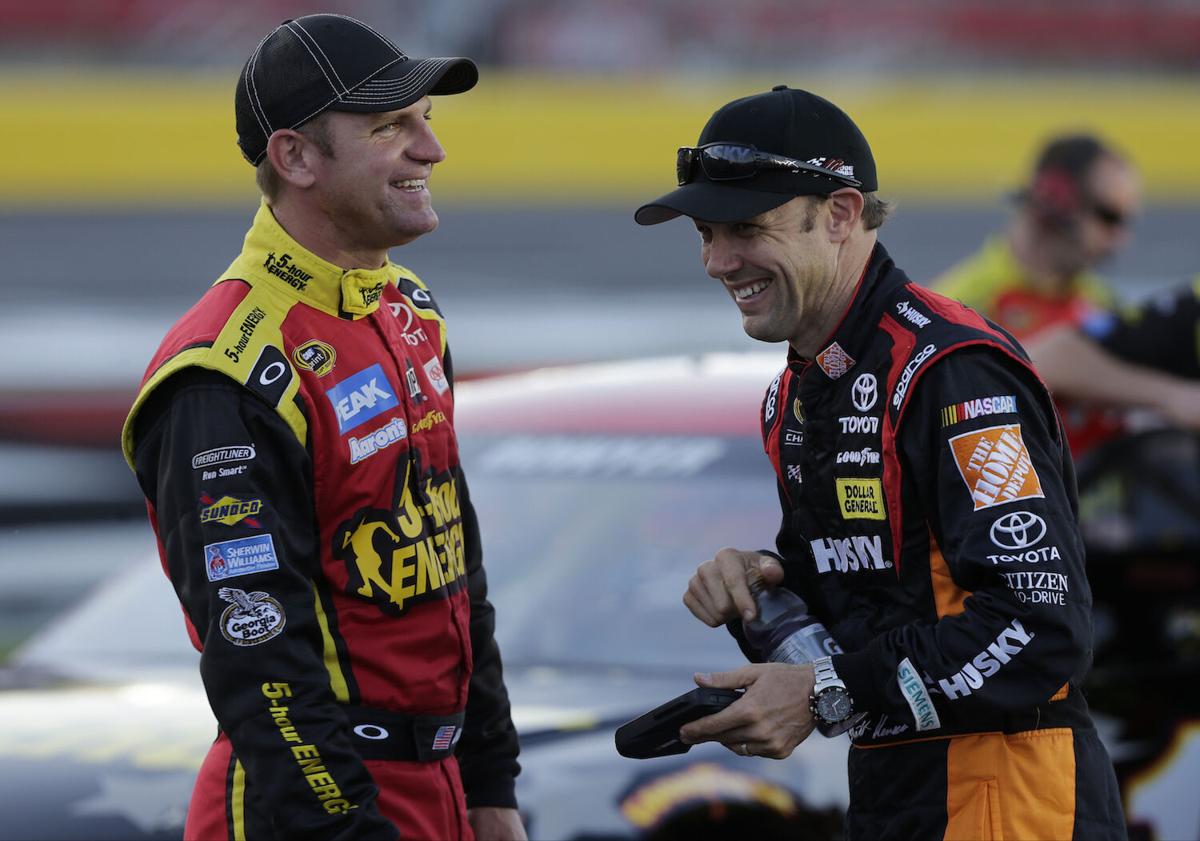 Clint Bowyer, left, and Matt Kenseth, right, share a laugh before qualifying for the 2013 Coca-Cola 600 at Charlotte Motor Speedway. 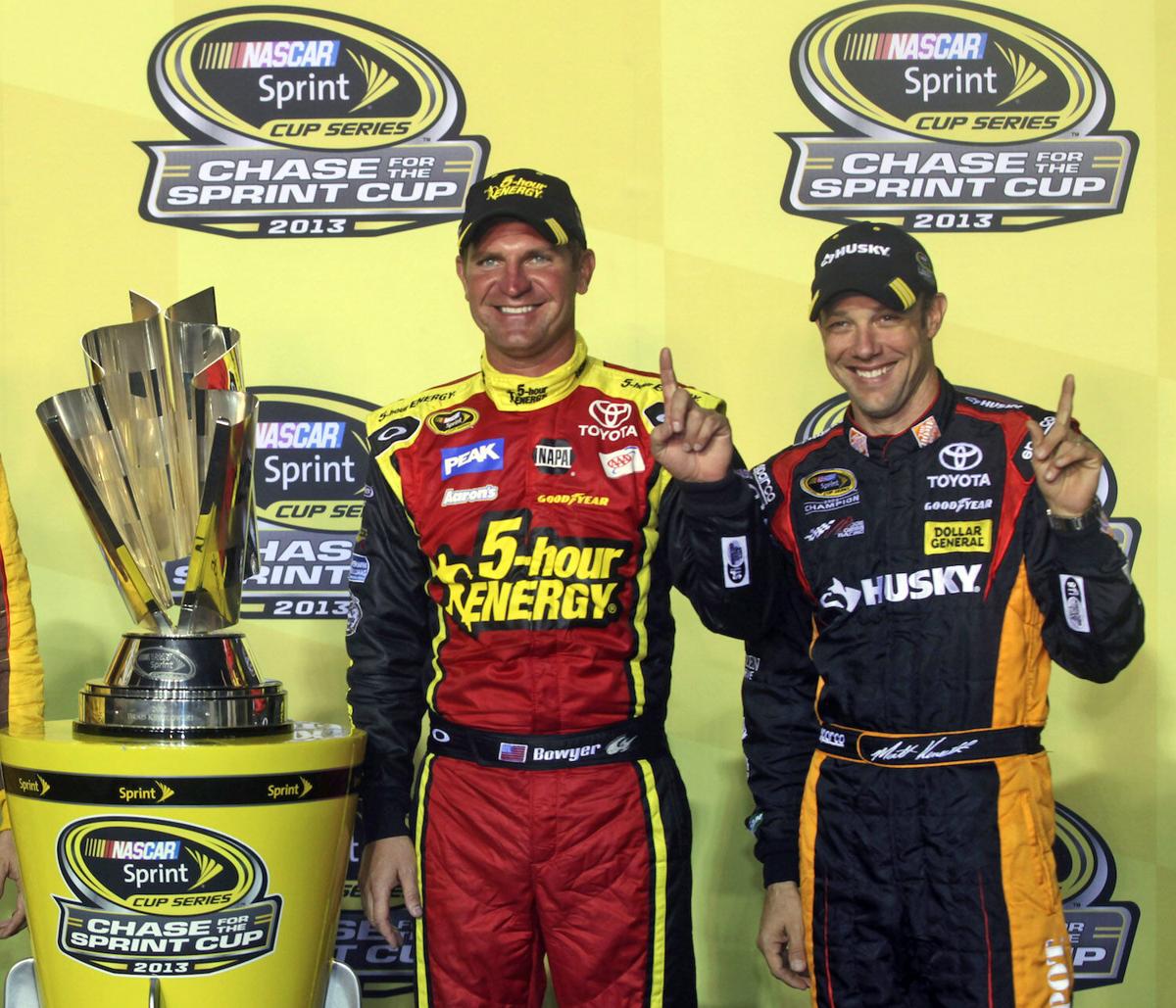 Clint Bowyer, left, and Matt Kenseth, right, share a laugh before qualifying for the 2013 Coca-Cola 600 at Charlotte Motor Speedway.

Matt Kenseth and Clint Bowyer were overshadowed Sunday with the spotlight understandably on Chase Elliott and Jimmie Johnson.

Elliott, the son of NASCAR Hall of Fame driver Bill Elliott, won the final Cup Series race of 2020 and the series championship at Phoenix Raceway. Johnson, who is tied with Richard Petty and Dale Earnhardt as the sport’s only seven-time champions, finished fifth in the last race of his final full-time season.

As for Kenseth and Bowyer, both finished a lap down in what is expected to be their final Cup Series race.

Kenseth originally retired after the 2017 season, which had its own storybook ending at Phoenix. He won in his second-to-last start in the No. 20 Joe Gibbs Racing Toyota. His career wasn’t over. Kenseth returned to the cockpit in 2018 to help former car owner Jack Roush with the No. 6 car for 15 races.

The Wisconsin driver was called on again in 2020 to take over the No. 42 Chevrolet for Chip Ganassi Racing after the suspension of Kyle Larson.

Kenseth managed just one top-five finish, albeit a runner-up showing behind Kevin Harvick in the Brickyard 400, and two top-10 finishes in 32 races. The results were disappointing for a driver whose credentials include the 2003 NASCAR championship, 39 wins — including two in the Daytona 500 — and an IROC championship.

The results for Kenseth came with the same team for whom Larson scored three top-10 finishes in the first four races of the season.

It’s likely we’ve seen the last of the Kenseth in the Cup Series with a top-tier team. If this is the end of the road for the 48-year-old driver, he leaves the sport with 182 top-five and 331 top-10 finishes in 697 races. Twice, he finished as series runner-up and ended seven seasons in the top five of the point standings.

Bowyer, who is moving to the FOX television broadcast booth in 2021, finished 14th in Sunday’s race, matching the number on his Stewart-Haas Racing Ford. In his final season, the 41-year-old Kansas racer advanced to the round of 12 in the NASCAR playoffs. He had two top-five and 12 top-10 finishes over the 36 races.

The high mark was a runner-up finish at Bristol in May, although the result was in part to leaders Denny Hamlin, Joey Logano and Elliott taking each other out of contention.

Other shining moments in 2020 included leading 89 laps at Texas and 71 laps at Martinsville.

Bowyer coaxed 10 career wins from his 82 top-five and 226 top-10 finishes. His best year in Cup was 2012 — driving for Michael Waltrip — when he won three races and finished runner-up to Brad Keselowski in the point standings.

The 2008 NASCAR Xfinity Series champion, Bowyer has a big personality — making him a favorite with the fans. It appears he will be a natural in the broadcast booth and likely have a long career on that side of the sport.

Contrasting personalities, Kenseth is known for his dry sense of humor while Bowyer is rambunctious. Both made their marks on the track and certainly deserve some of the spotlight shined upon them.