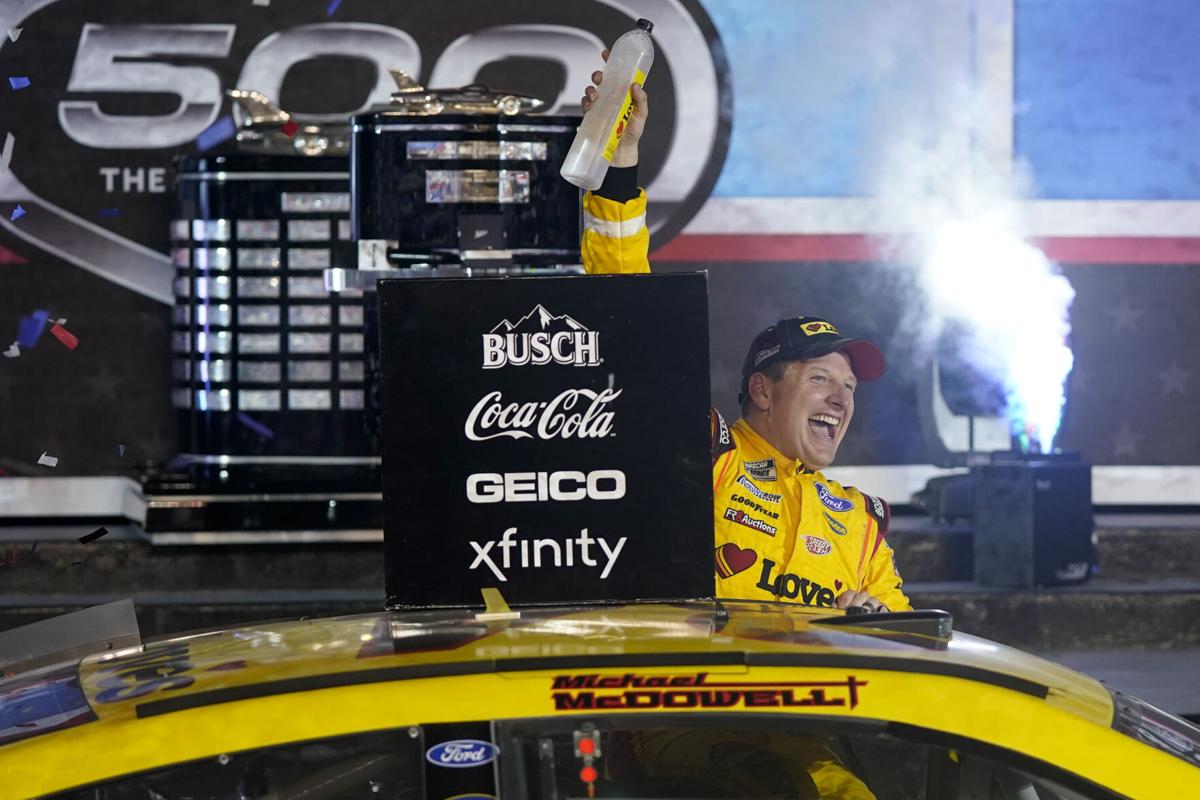 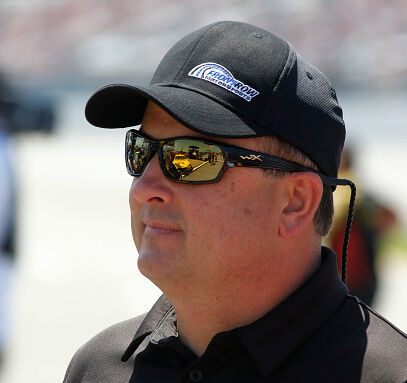 Bob Jenkins has gone from the disappointment of failing to make the race at Bristol to the joy of winning stock car racing’s biggest event.

The Dandridge resident and owner of Front Row Motorsports experienced the highest of highs Monday morning. His driver Michael McDowell had navigated his No. 34 Ford through a wreck of Team Penske teammates Joey Logano and Brad Keselowski to win the 63rd annual Daytona 500.

It was the third win for Jenkins as a NASCAR Cup Series car owner.

The first came in 2013 when his drivers David Ragan and David Gilliland successfully drafted to finish 1-2 in the Aaron’s 499 at Talladega. The second was in 2016 when Chris Buescher drove the No. 34 Ford to a win in the rain-shortened Pennsylvania 400 at Pocono.

While winning any NASCAR Cup Series race is huge, neither of those were on the level of winning the Daytona 500 and the worldwide attention it brings. Jenkins wasn’t shocked to see one of his teams, which includes Anthony Alfredo in the No. 38 Ford, pull into victory lane.

“I know the average fan is surprised when we win a race, but it never surprises me,” Jenkins said. “It’s taken a long time to get our third win and our first Daytona 500 win, but people don’t realize this is our third top-five in the Daytona 500. It’s a lifetime goal. Obviously, you want to win championships, but you’ve got to win races first and I can’t imagine one bigger than the Daytona 500.”

To see how far Front Row Motorsports has come, you have to go back to the beginning.

Jenkins had become a successful businessman in the Morristown area and the owner of multiple Taco Bell and Long John Silver’s restaurants. He became involved in racing through independent car owner Jimmy Means with Johnson City driver Brad Teague driving the No. 52 car in the Busch (now Xfinity) Series.

Back in 2004, Jenkins entered his No. 92 Chevrolet with Teague as driver at the Bristol Night Race. It didn’t go as planned with the car having a huge oil leak before qualifying and eventually the team withdrawing from the event. They failed to qualify for another Cup Series race at Richmond, but Teague and Jenkins became friends in the process.

Teague was happy to see Jenkins and McDowell, considered another good guy in the sport, get their moment in the sun together.

“I was tickled to death for them. I watched him (McDowell) and he was fast,” Teague said Monday. “When he got up towards the front, I said if anything happens, he can win this. Sure enough, it happened where he won the race. I think the majority of teams and people there are happy they won.”

Despite the setbacks, Jenkins entered multiple Cup Series in 2005 with drivers such as NASCAR racer and Hollywood stuntman Stanton Barrett, former open-wheel racer P.J. Jones and Truck Series racer Tony Raines. There were more setbacks like failing to qualify at Charlotte and Indianapolis.

Johnny Miller, a road-racing specialist from Johnson City, was picked to drive the Jenkins car at Watkins Glen. He was scored as high as third at one point of the race before finishing 29th with carburetor problems.

Jenkins kept charging on, finally running a full schedule in 2009 with John Andretti as driver. His team hit a milestone in 2010 with driver Kevin Conway won the Rookie of the Year award. While Jenkins doesn’t have the resources of competing with billionaire owners like Roger Penske and Rick Hendrick, his teams have shown great improvement over the past few decade.

Front Row Motorsports drivers John Hunter Nemechek and McDowell combined for a team-best seven top-10 finishes in 2020. Watching the 500, Teague believes McDowell had a shot to win even if the last-lap wreck hadn’t occurred. He saw McDowell in position to make a move once Keselowski tried to pass Logano.

“Michael has got talent and with those Roush-Yates engines, he was fast enough to slingshot them and win the race,” Teague said. “You have to be very strategic because at the end of the race, everyone is blocking, hitting each other and wrecking. But at the right time, I believe he might have swung out and won the race without the cars wrecking.”

At the end of the night, it was McDowell’s first victory in over 350 starts, primarily with lower-funded teams. The 36-year-old from Arizona has raced full-time with Front Row since 2018 which means a lot to Jenkins.

“I’m a pretty high relationship guy and I’ve got a great team,” Jenkins said. “These are guys that could probably go other places and do bigger things, but they’re racers and we’ve become a family and we’re very close.

“I see the heart and soul they put into these race cars and it really motivates me to want to do more and see them accomplish their goals. I’m happy for myself, but to see Michael and (crew chief) Drew (Blickensderfer) and how hard they’ve worked and be able to accomplish this just means everything.”

The Virginia driver led five laps in his own No. 29 Chevrolet and finished one spot ahead of Tanner Gray, driving for former NASCAR Cup Series driver David Gilliland. Right behind them, Andrew Janowiak, who makes ends meet as a pizza delivery driver, finished eighth.

Corey Heim and Drew Dollar, teammates for Venturini Racing, finished 1-2 in the race.