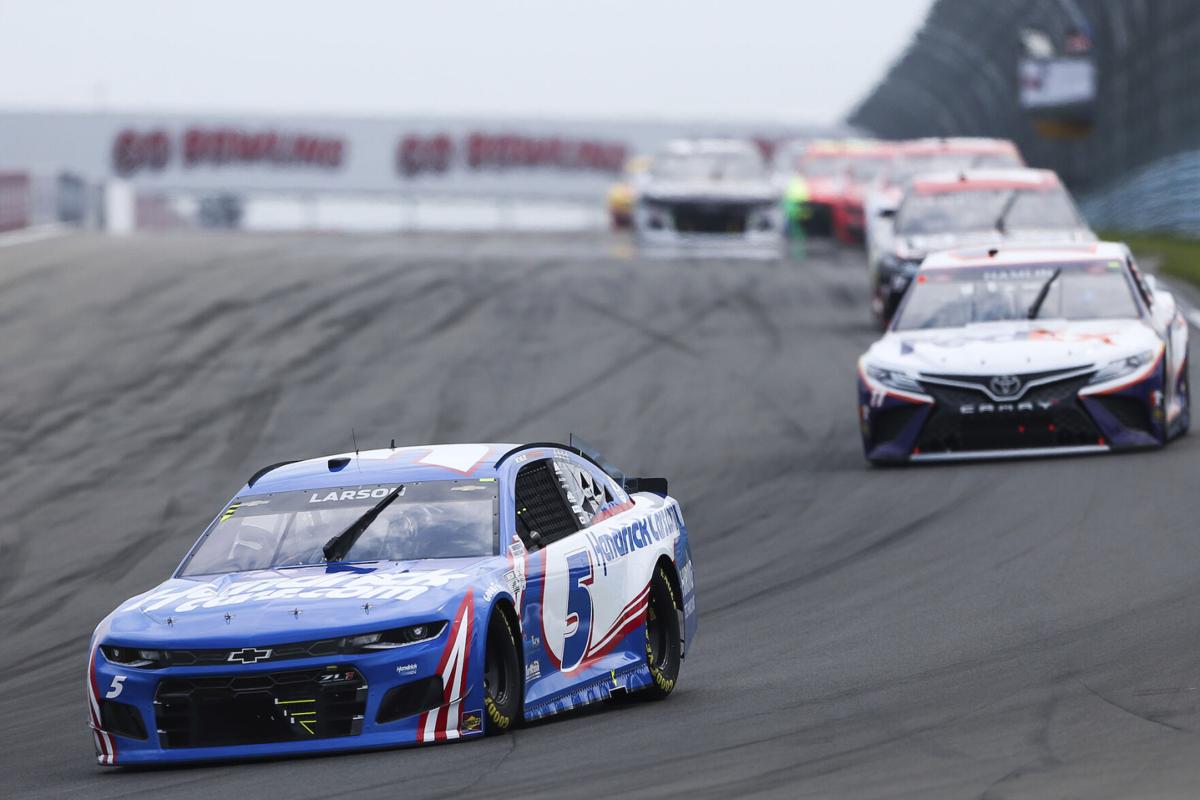 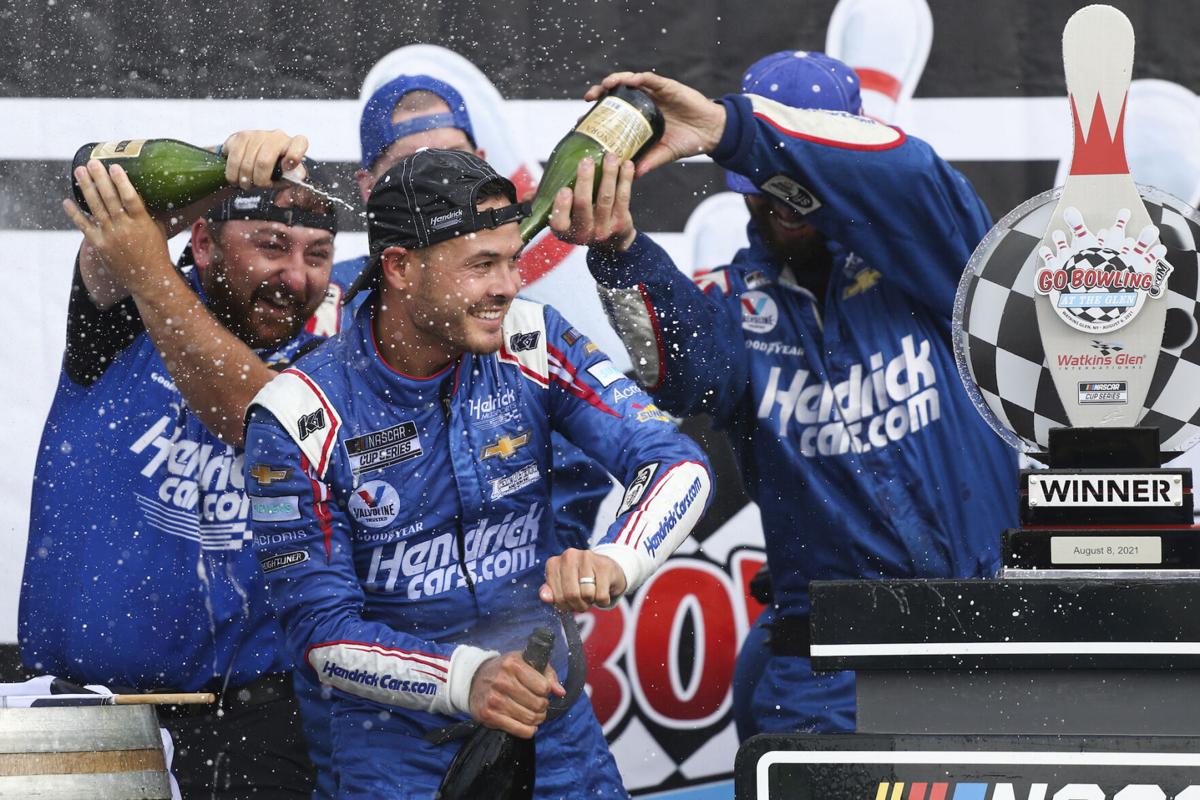 Kyle Larson, center, celebrates with his pit crew after his Cup Series win at Watkins Glen last month. Larson has a series-best five wins this season. 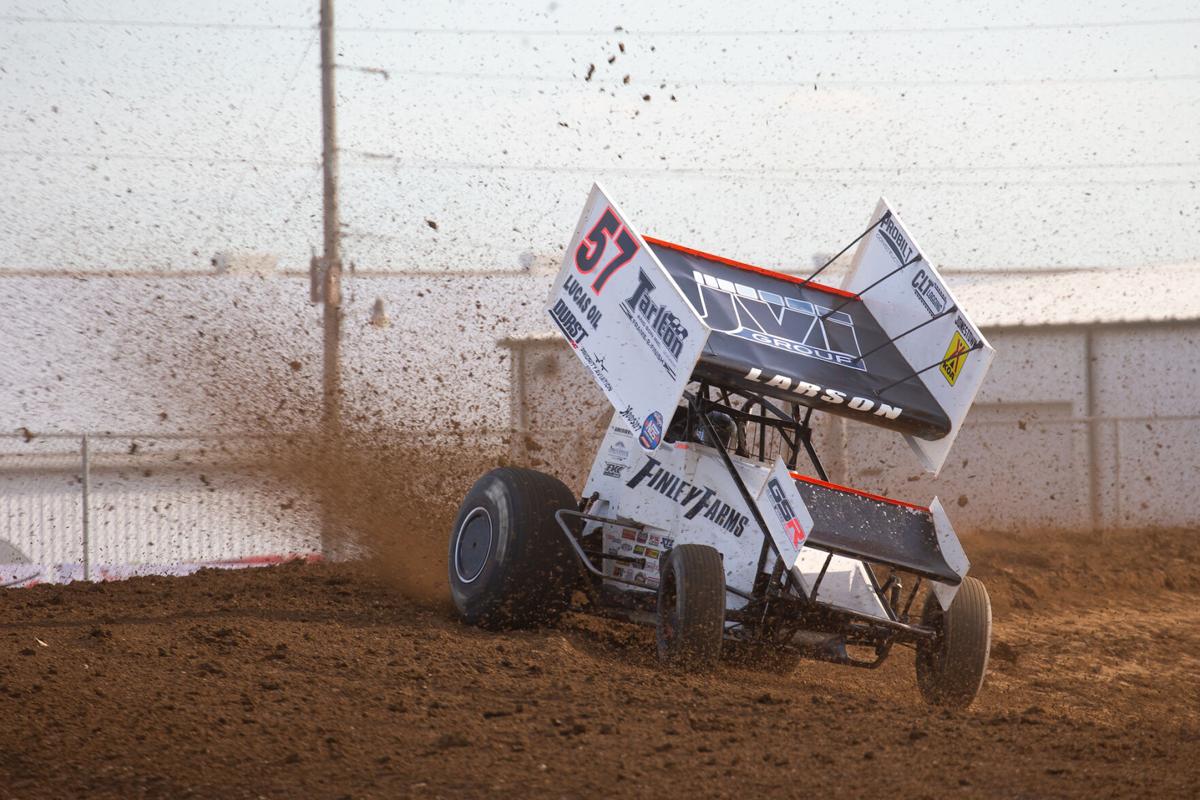 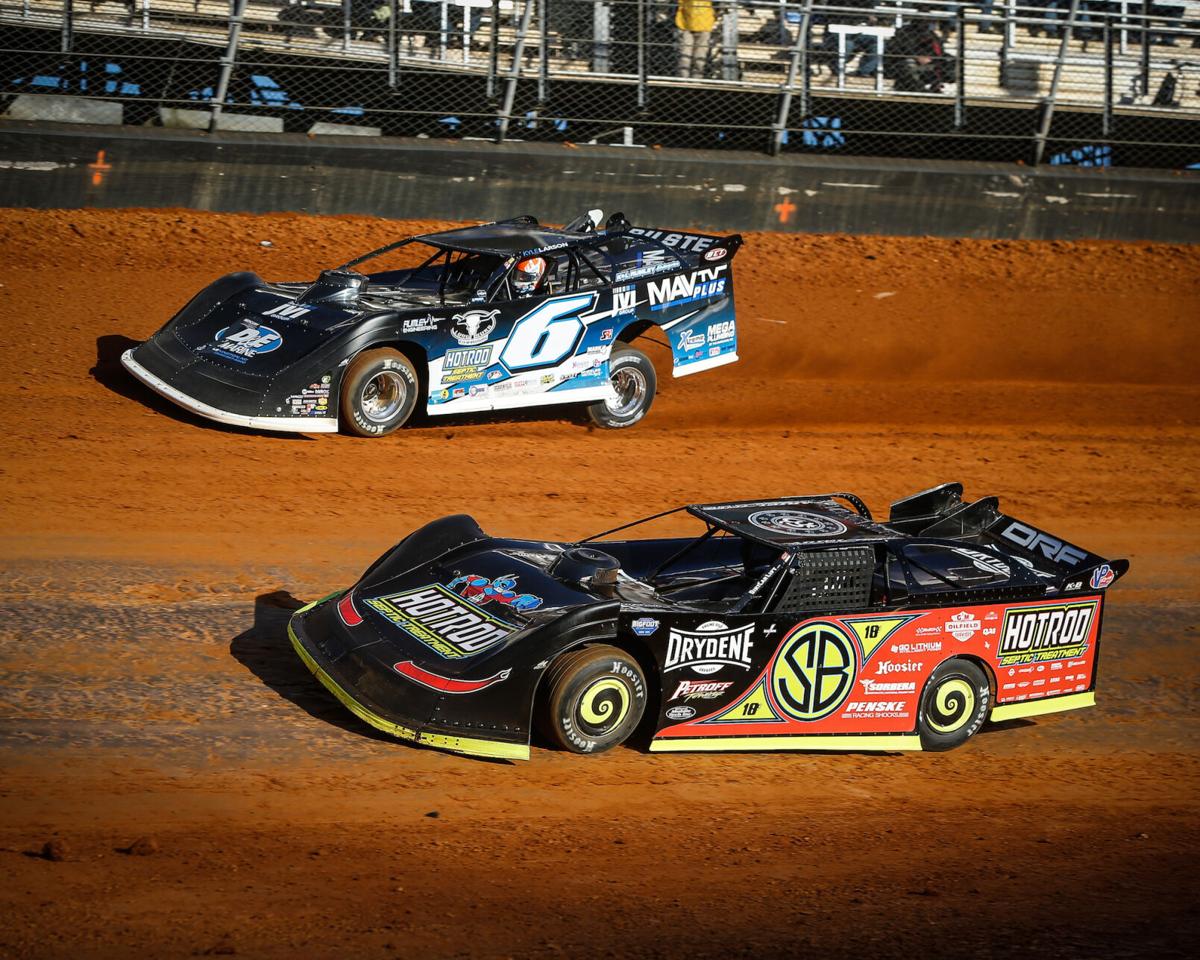 Kyle Larson (6) goes to the outside of Scott Bloomquist (0) during their Super Late Model heat race at the Bristol Dirt Nationals.

Kyle Larson, center, celebrates with his pit crew after his Cup Series win at Watkins Glen last month. Larson has a series-best five wins this season.

Kyle Larson (6) goes to the outside of Scott Bloomquist (0) during their Super Late Model heat race at the Bristol Dirt Nationals.

Kyle Larson is the best driver in motorsports today.

It’s a statement common among NASCAR fans following the race car driver’s success in a variety of vehicles. In fact, two-time Daytona 500 champion Michael Waltrip recently addressed Larson as the world’s greatest driver during a recent golf outing with him and fellow driver Denny Hamlin.

Larson has made a believer of NASCAR fans since getting in the No. 5 Hendrick Motorsports Chevrolet. He has won five races and the regular-season championship, as well as a win in the NASCAR All-Star Race so far in 2021.

But his success goes well beyond stock cars. Like his heroes, Jeff Gordon and Tony Stewart, who won USAC championships before getting to NASCAR, Larson’s background is in lighter, open-wheel cars.

Stewart set a high benchmark as the first winner of the USAC Triple Crown (Silver Crown, Sprint Car and Midget) championships in the same year. Two years later, he won an IndyCar championship and went on to a Hall of Fame career in NASCAR with 49 wins and three championships.

However, Stewart has said Larson is even better than he was in his prime.

What Larson is doing winning a major race on Sunday and then winning at dirt tracks during the week harkens back to the days of A.J. Foyt and Mario Andretti.

Larson’s recent performance has drawn comparisons to Foyt’s 1964 season when he won 10 of 14 USAC championship races, won in sprint cars and also the Firecracker 400 in NASCAR.

Last season, Larson won 46 dirt races as he was suspended from NASCAR. Since his return, he’s continued to race on dirt, capturing some of the biggest dirt-track races of the planet.

They include the Knoxville Nationals and King’s Royal for winged sprint cars, the Chili Bowl Midget Nationals and BC 39 for midget cars, and the Lucas Oil Series season opener and the Prairie Dirt Classic for Super Late Models.

Jonathan Davenport, one of the biggest stars in dirt late model racing, paid Larson the ultimate compliment. When asked about Larson, a NASCAR star, coming to race at the Bristol Dirt Nationals. Davenport pointed out the dirt racers don’t see Larson as a NASCAR driver, but as one of them.

It’s not just his success on ovals. Larson is also a talented road racer, part of a winning team in the 24 Hours of Daytona, something he has in common with Gordon. This year, he’s matched teammate Chase Elliott, recognized as NASCAR’s best road racer, with two Cup Series wins on the winding tracks.

Larson has also won on the larger ovals at Las Vegas, Charlotte and Nashville. He’s yet to win on a short track during his Cup Series career, but that could very well end Saturday at Bristol, a place where he has two runner-up finishes.

Still, is it fair to call him the world’s best driver, especially when he’s not won a NASCAR championship? He has 11 race wins, although this is his first chance in a Hendrick car — which is a step above his former team at Ganassi Racing.

Besides that, Formula One is the most popular series in the world — and Lewis Hamilton is a six-time champion. One also sees how seven-time NASCAR champion Jimmie Johnson has struggled getting up to speed in IndyCar.

However, one must also realize that Johnson was winless his last 3 1/2 Cup seasons. Larson has taken that same team, rebranded with the No. 5, and dominated this year, leading a series-best 1,730 laps, nearly 600 more than Hamlin.

Whether he is the best driver in the world remains subjective. However, there is no argument the fans are seeing something special each time that Larson gets on the race track.